Developed by Robot Gentlemen 60 Parsecs is a strategic, survival game based around one thrilling factor. The planet is about to blow and you have one minute to prepare before it does! Can you get enough supplies for the loyal team you lead? That’s what we needed to know and this is our review and what we discovered (or did not discover in many cases!)

Before we go any further, look at that incredible artwork! Bold, vintage cartoon artistry that captured my attention in less than 60 seconds urging me to jump on in and play!

60 Parsecs is based off its predecessor 60 Seconds where you are surviving in a nuclear bunker. The difference between these two is that in 60 parsecs you go into space and get to explore other planets while hopefully getting the opportunity to find the transmission to return home.

HOW TO SURVIVE IN SPACE ON SOUP!

There are five characters available to choose from as your leading man/woman. Each one has different stats but the strongest are Deedee Dawkins and Emmett Ellis as they both have a stat that is 3 points Deedee’s being agility and Emmett’s being Intelligence. I played these two as well as Baby Bronco, Meagan Mann and Tom Thomson. Emmett has turned out to be the leader I appreciate most though so far we’ve only reached level 44 in this short amount of time.

The key to great outer space success is that mad dash at the beginning leading to successful launch. I blew up countless times before this occurred and only managed to have one of everything plus fully stocked soup once. So far I’ve also found 3 crew members work better than having them all. More soup for YOU! What’s more interesting though is that every time I have started a new game the 60-second dash layout has been, different as well as the tasks given to you onboard.

Speaking of tasks. Once you have chosen your crew you start your first day on board directed by the ships AI, who points out your daily task console in the center of the ship. There is also a crafting console to the back left and the space suit should you land on another planet and need to send members of your crew on exploration to the right. Everything else of worthy note in this small space is what you pick up on your 60-second dash.  Each day, as the captain of the ship your responsibility, is to ensure everyone’s health, when they are hungry, plus assign tasks. Every decision you make has consequence, how much soup you have is the make or break.

At time’s the game feels more like a simulator than a survival game. I have yet to get beyond 44 days as I write this but I am told by reliable sources that there various happy endings or even more intriguing dooms besides death by no soup, including space pirate domination. SPACE PIRATES! To be fair, being taken by Space Pirates sounds exciting more than horrible! We are doomed.

Biggest tip I can give you? The sock puppet saves your sanity! All hail the soup! I mean, sock!

Note:  A PC code was provided by the developer for our review.

Tags: 60 Parsecs, post-nuclear, simulator, steam, steam launch, survival
Summary
60 Parsecs is this mad chaotic race to begin with that descends into slow decay. What keeps it engaging is the random layout each time you start a new game to do your 60 second dash and the different tasks assigned daily each time. It would be even more addicting if their were leaderboards available to put you up against the best. To see whose lasted the longest. On steam I read something like 142 days with Emmett which just blows my mind if this is indeed possible. That's definitely worth aspiring too and easy to do with the the fun art work and great tunes! This is definitely a survival game worth playing and in a league of it's own entertainment value that is out of this world!
Good
Bad
7.6
Good 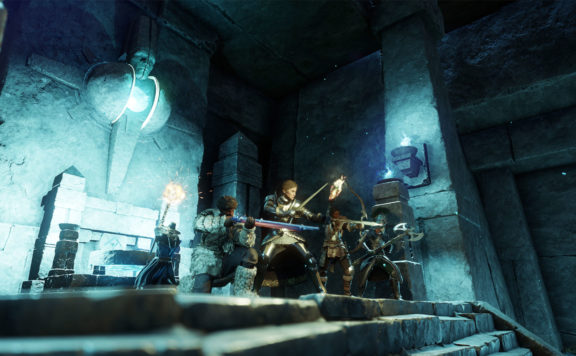 Developed by Robot Gentlemen 60 Parsecs is a strategic, survival game based around one thrilling factor. The planet is about to blow and you have one minute to prepare before it does! Can you get enough supplies for the loyal team you lead?...
9.9
Average User Rating
1 vote
Have Your Say!
Your Rating: 0
Submit
Write A Review