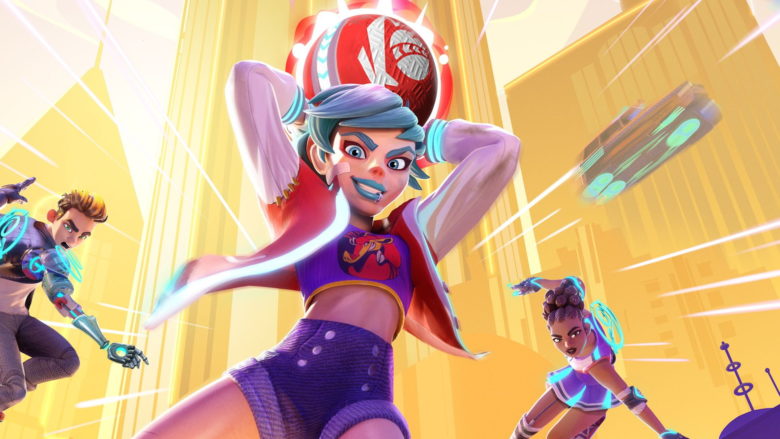 It’s another new week and Microsoft has another heaping helping of great games for Xbox players. New titles from May 17-21, 2021 span the breadth of gaming goodness and include platforming action, RPG fun, and shooters galore. Without further ado, let’s see what’s in store for players this week!

The objective is simple, to navigate single-screen challenges from entry to exit, then warp to the next level of escalating complexity. Locate and unlock warp points by activating switches, opening doors, and finding special crystals. You’ll even be able to form ice blocks to help you negotiate dangerous gaps or reach high ledges. Stack them on top of one another, knock them over or toss them on top of spikes and switches. And if you get in a tight spot or plummet off a cliff, no worries! You can restart at the beginning of any level you’ve reached, allowing you to try again or go for better times.

Take the role of Wally. A mysterious character that has recovered what was taken from him. Hopefully, you’re fast enough to outrun your enemies. Expose the truth and try to uncover the mystery of what happened to them. With an average runtime of an action movie (about an hour and a half on Normal), a first run of this action-packed adventure can be enjoyed in an afternoon. Afterward, you can improve your score.

Crossroads Inn is a real-time management sim with role-playing game elements. The game consists of two unique modes offering totally different experiences. In Campaign mode, micromanagement is just a prelude to a rich story as the kingdom is in turmoil and a shift of power is expected. Your Inn will soon attract the attention of important political and military figures, who are desperately trying to hold on to the reins of power. Gamers will become part of a large-scale drama full of political intrigues, vivid characters, treacherous NPC’s, and dangerous quests inspired by RPG games – You will even have a damsel in distress to save!

Outbreak: Endless Nightmares twists the series’ survival horror gameplay by adding elements of roguelike gameplay. You’ll need to explore, hunt for supplies, uncover clues, and fight your way through each anomaly – each consisting of semi-procedurally generated instances where both the environment, and the undead, are out to kill you!

Jay and Silent Bob: Mall Brawl is a full 8-bit retro beat-em-up experience with big levels, big bosses, dope combos, and irreverent references to the View Askewniverse. Mall Brawl can be played solo in a 1 player experience where you swap between both Jay and Silent Bob strategically or played with a buddy, in a 2 player co-operative experience, where you fight your way through mallrats, delinquents, and security guards to find your way out of the mall and back to the Quickstop.

Welcome to Rust. The only aim in Rust is to survive – Overcome struggles such as hunger, thirst and cold. Build a fire. Build a shelter. Kill animals. Protect yourself from other players.

Sure Footing is a fast and frantic infinite runner about four friends saving their world from extinction. The world of Computra is under threat from the evil Ramrafstar and his ferocious minion Deletion Dave, who seek to destroy the partitions that hold everything together. Play as one of our four heroes: Pixel Pete, Polly Polygon, Blip and Plunk as they outrun Dave across the disk sectors of Computra: to warn their friends and find a way to stop Ramrafstar before their homeworld is destroyed. Collect MIPs, avoid obstacles, and overcome the challenges faced in the distant sectors of Computra. Sure Footing blends the best of both classic platforming and infinite runners into a fast and frantic arcade experience.

A mysterious hidden realm. Two precocious kids fleeing hardship. Magical creatures and an oddball order of guardians who have lost their way. A stygian evil imprisoned. Welcome to the Deep Woods.

“Cosmic Top Secret” is the weird, but official, term NATO uses for top confidentiality. A fitting name for this game since it needed military clearance to be released! Cosmic Top Secret won multiple awards for the innovative ways it engages players in deeply documented plots. The game even inspired the creation of a life-size event at the Cold War Museum of Denmark. Meet people who made history – spies, army leaders, math geniuses, fighter pilots, and more – from both sides of the Iron Curtain and with incredible, absurd, or thrilling stories.

The main feature of the game is a unique turn-based battle system. You command a team of 4 heroes, 3 of which are fighting on the front line, while the 4th is recovering health behind his teammates. To make a move you need to change the positions of any two heroes. If the hero moves from the backline to the front, he uses super attack. For example, the knight is thrilling the land, stunning all the enemies on the line, while the huntress is charging a bow with energy, simultaneously firing arrows at all the enemies. 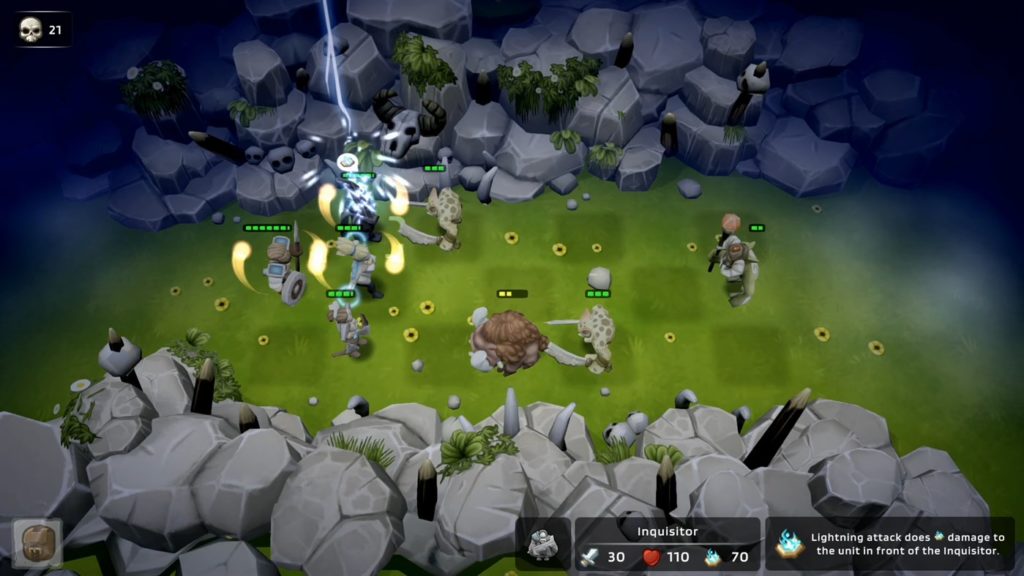 Team up and duke it out with rival Crews in Knockout City, where you settle the score with EPIC DODGEBALL BATTLES. Brace yourself for outrageous fun and intense competition in an all-new take on team-based multiplayer games. Customize your character and form a Crew with friends to start your Knockout City takeover. Knock out opponents with trick shots and coordinated teamwork while dodging and catching balls flying across the map. No ball? No problem! You can literally ball up, roll into a teammate’s hands, and become the ultimate weapon!

Fight your way through hordes of blood-lusting demons and escape hell as you unlock new characters and talents to create chaos in the randomly generated and ever-changing landscape of hell! Heavy-metal riffs and pixelated madness will accompany you as you fight your way out from the depths of fiery hell, facing the bugs-ridden Beelzebub’s Lair, and other pits of hell with different creatures, bosses, and living traps lurking around. Chaining combos, jumping maneuvers, and talent building will be your key to help you climb your way out of hell in this adrenaline-pumping vertical platformer.

Written by
Suzie Ford
Suzie is an avid gamer and has been since 1995. She lives in the desert with her own personal minion while dreaming of pixel worlds beyond Earth.
Previous ArticleAll Systems Go for Elite Dangerous: Odyssey on PCNext ArticleScarlet Nexus Shows Off New Gameplay 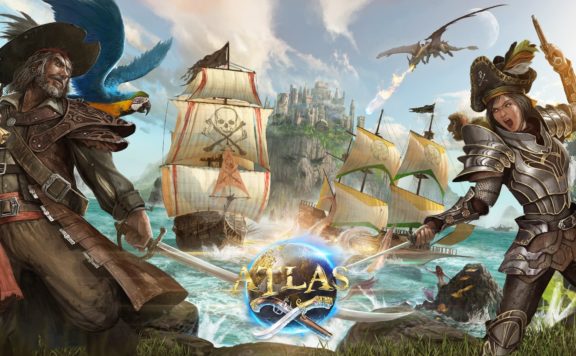 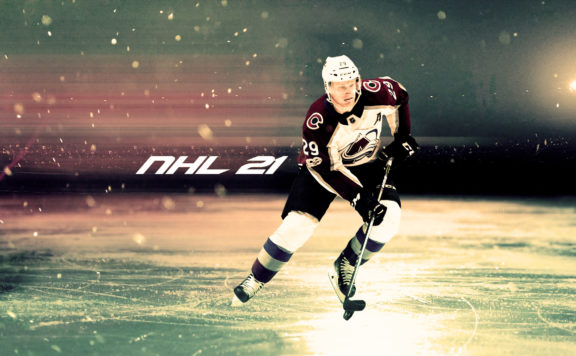 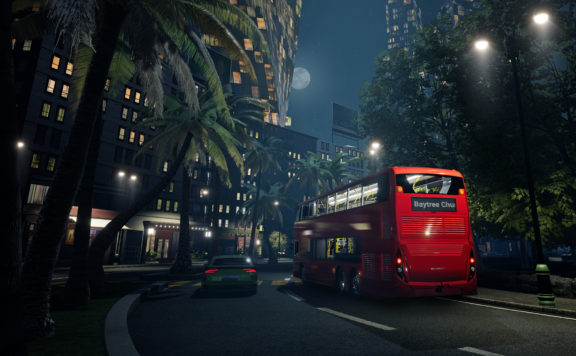 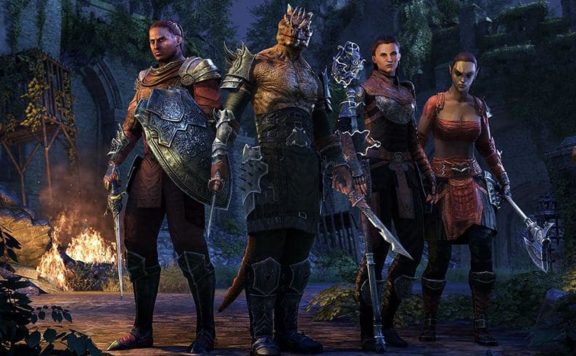