First and foremost let’s get to one of the biggest additions. The new secret technology known as ‘Heritor’ that gives you a new way to customize your faction. As with the other secret techs already in the game, this can radically change how you decide to build out your army and has the potential to alter the way you loadout your commanders and units. With both new items and units that can be researched for your army, this tech is not to be ignored lightly, less you face the wrath of the essence drinkers. What’s essence I hear you ask? Well, it’s essentially a new resource specifically for those that take this new technology and it is the binding force that leashes these technologies units, items and ideas together. Essentially it’s life essence, think of Heritor units as Vampires and you won’t be far off. They have strong entropy weapons that can drain essence from other units on the battlefield and use it to enhance their own abilities or activate abilities requiring essence. That said I did feel like the new tech tree could have done with some more units to really flesh out, I would even go so far as to say that the Heritors almost feel like the essence mechanic could have suited an entirely new faction but perhaps that is asking too much. 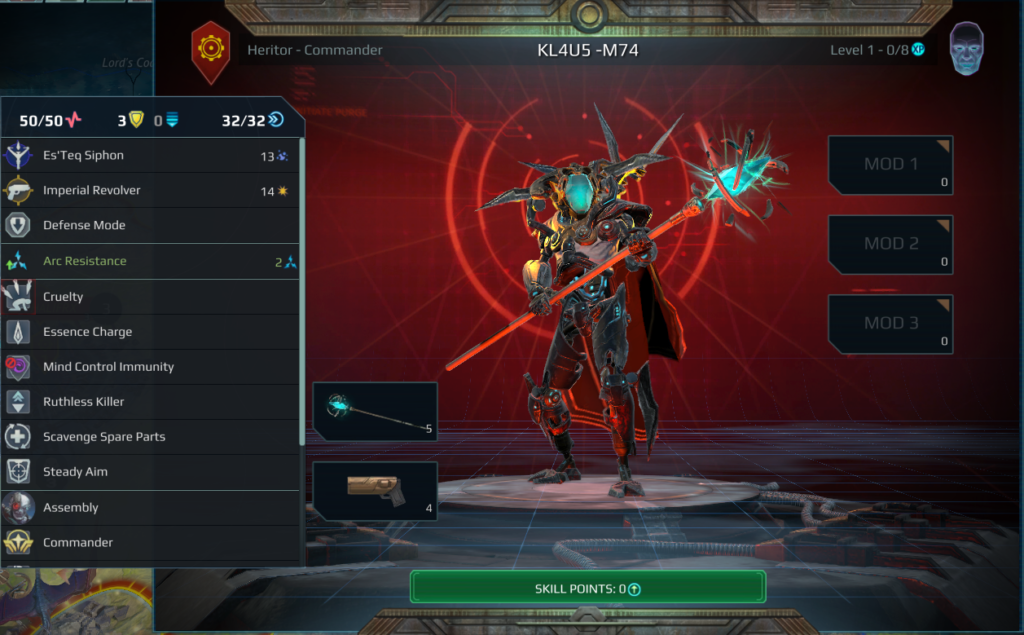 Alongside the new tech is also a new NPC faction known as The Forgotten. These units are linked in lore to your shiny new Heritor technology but they come with several units of their own flavor that can’t be acquired by research. You can recruit units from the faction just like you can any other NPC group by doing missions for them and improving your standing with them. There isn’t as much to say here as you might be expecting though as while they are indeed a new faction that brings a new set of units onto the field that you have to contend with or ally with, they don’t bring anything new in terms of missions or mechanics. While I personally love the forgotten unit’s design I am a little disappointed to find they are identical in mission structure to the existing NPCs. 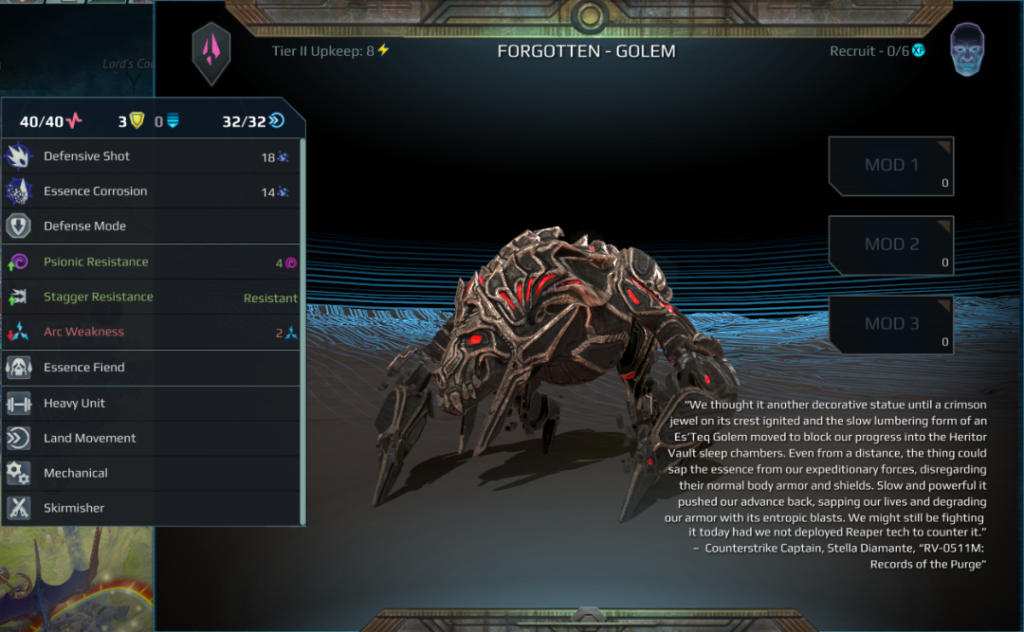 The Anomalous Sites that have been added to the maps are also a nice addition. Essentially these locations are harder to take locations and buildings that once acquired can reap various different rewards however as I said these are a lot harder to push into and take than what you may have come across on the map before. It can take multiple attacks on the same site to finally bring it under your control but this gives an added dimension for you see, if another player is nearby and you need time to build a new strikeforce they can also try and gain the riches of the site but can benefit from your hard work and carry on from where you left off. If you’ve just had to sound the retreat for the second time knowing full well that your next attack will bring victory, only for your enemy to appear and snap it from you in the intervening turn. Well, let’s just say passions can start running high. You can quickly see how maddening some of these site anomalies can become if multiple parties are interested, the game of cat and mouse it creates is just as interesting as the fight for the site itself.

You can also find new locations and pick ups out in the world now. I actually really enjoyed this as I found a place I believe it was an Essence Gash that when combat started all my units instantly had essence, this was great for my heritors not so much my assembly units. The heritors could utilize their skills without fear while my assembly cyborgs were taking damage from the essence that was being forced at them. These small additions to the map may not sound like much but it makes encounters and playthroughs feel a lot more varied with items and extra dotted around the map for you to find. 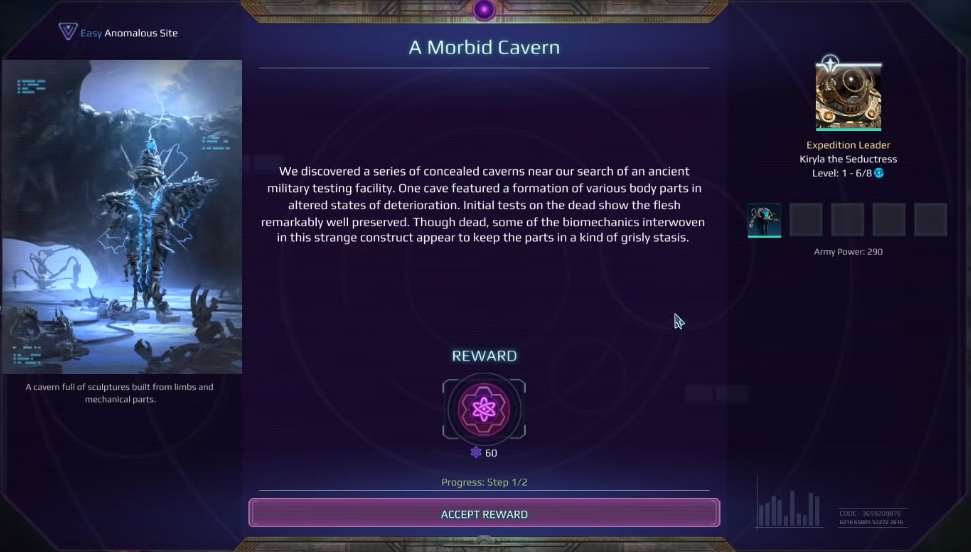 Speaking of additional threats there are also new enemies not allied to the Heritor tech or The Forgotten faction, these dark beauties are known as Reapers were built to hunt anything using Heritor technology but, as sci-fi killing machines often do, they have malfunctioned and are now killing anyone in their path regardless of your tech affiliation. Alongside them you’ll also have to deal with mutated wild pigs (affectionately named the MegaSow) and other fun creatures, the planet really isn’t all that welcoming to you if I’m being honest.

Alongside all of that, you also get an additional 10+ hours of story content in the form of two campaigns. These deal unsurprisingly with the new units and factions. From what I’ve played of them so far these both feel as good as the original campaign that the game launched with, there is nothing groundbreaking here but if story content is what you are looking for more of then you can’t go wrong with what’s on offer. The writing is great and learning about the Es’Teq dynasty and how all this new technology came is a nice incentive to finish them.

Speaking of new content to play through we also get a new scenario called Tomb World. First off this planet is not what I was expecting, I thought it was going to be a barren waste but instead, it’s a jungle paradise. Lovely greenery everywhere you look. This makes sense in retrospect given the inhabitants have been entombed up till this point. This new scenario heavily populates the world with Heritors, Forgotten and Reapers and if you just want to jump in and see all the new stuff then this is the easiest way to do it. 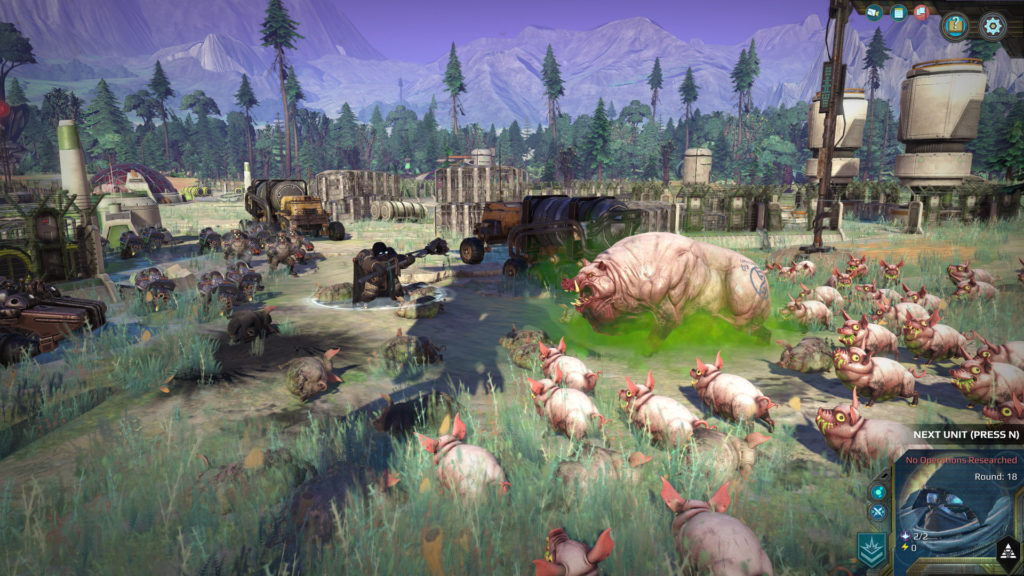 Tags: Age of Wonders: Planetfall - Revelations, pc, review
Summary
Revelations is a great first expansion for AOW: Planetfall. What it adds is well polished and allows for more variety in your playstyle. My only wish is that the Heritors or the Forgotten were a new faction instead of a tech/NPC respectively.
Good
Bad
7
Good 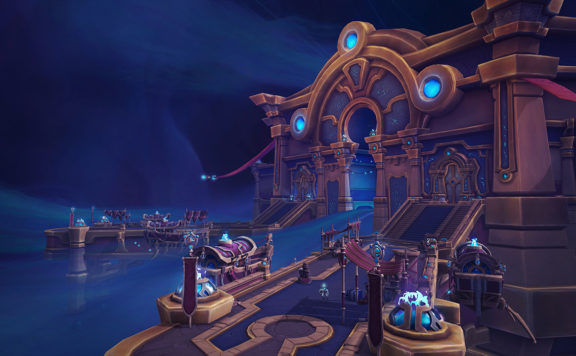 Age of Wonders: Planetfall - Revelations is the first piece of DLC for the sci-Fi iteration of the turn-based strategy series Age of Wonders. This new content adds an entirely new technology to research complete with additional units, a new...
7.2
Average User Rating
1 vote
Have Your Say!
Your Rating: 0
Submit
Write A Review
Developed By:Triumph Studios
Publisher:Paradox Interactive