Aliens: Fireteam Elite is a co-op third-person survival shooter set in the iconic universe where a fireteam of hardened marines into a desperate fight to contain the evolving Xenomorph threat. Developer Cold Iron Studios and publisher Focus Home Interactive have shared a new trailer dedicated to Season 1: Phalanx, now available in the game.

This free game update brings with it the new combat-shield-wielding Phalanx class Kit which is available right now to all players. Try out also 4 new weapons and new unlockable cosmetics!

Choose from five unique classes – Gunner, Demolisher, Technician, Doc and Recon – each with their own special abilities and character perks. Utilize an extensive arsenal of 30+ weapons and 70+ mods/attachments in your effort to eradicate the Alien threat. An innovative Perk Board modifies and improves your abilities, while a unique Challenge Card system alters the approach to each Campaign mission, offering a new experience with every playthrough.

Written by
Catherine Daro
While growing up in the wilds of Russia, Catherine learned to talk, write and game at almost the same time. You can follow her attempts at latter two at MMORPG.com and GameSpace.
Previous ArticleLeague of Legends – Pentakill III: Lost Chapter Skins TrailerNext ArticleBest Alternatives to Overcome Gaming Addiction in 2021 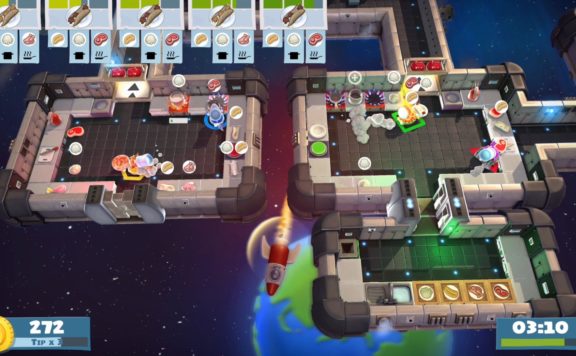