I was all hyped up and ready to roll with this new kart racer by 3DClouds.it. With Mario Kart dominating the kart scene on Switch since April of last year, I am always on the lookout for a new racing game to get my pistons pumping. Enter All-Star Fruit Racing, a very healthy alternative to Wreck-It Ralph’s Sugar-Rush (which I hope eventually gets its own kart adaptation!) where, instead of delicious sweets and cavity-causing candy-caked Karts, you have wholesome naturally sweet fruit-themed vehicles. At least it’s not vegetables though, am I right? Sesame Street’s Cookie Monster may not approve, but that doesn’t stop this kart racer from being a wholesome game fit for family fun nights. But, can it topple Mario Kart out of its top spot? Here’s our review of All-Star Fruit Racing.

The game initially put me off with its unnecessarily long initial loading times and woefully snooze-inducing tutorial. It didn’t help that the tutorial completely lacked any music whatsoever, leading me to believe this was going to be an overly bland experience. But once the game proper began, I slowly started to enjoy my time. I was surprised to see a plethora of drivers to choose from, all themed after different fruits like Strawberry, Pineapple, and Avocado (yes, avocados are technically a fruit!). It took me a while to realize that I could customize my kart. It’s hidden in the main menu, rather than before the start of the race like I’m so used to from Mario Kart. It’s not the most intuitive of systems, but once I knew where to go I enjoyed customizing my kart as I completed cups and unlocked new customization options.

Unlike other kart racers, however, the karts have little to do with your abilities; each racer has their own special abilities and that is where the uniqueness of this game shines through. I played with every racer to see everyone’s special ability, and they are a blast! From pineapple-rocket-launchers to kiwi-mines, the delectably designed abilities add a certain uniqueness that other kart racers lack. My favorite ability, however, is the Watermelon’s giant watermelon-shaped shark fin that emerges from beneath the track and viciously knocks out any racers who aren’t smart enough – or nimble enough – to get out of its way. Unfortunately, I found it grating that each character had the same piercing witch-like laugh. After a while, I opted to mute the entire game, because it was a less grating experience than just trying to ignore it. 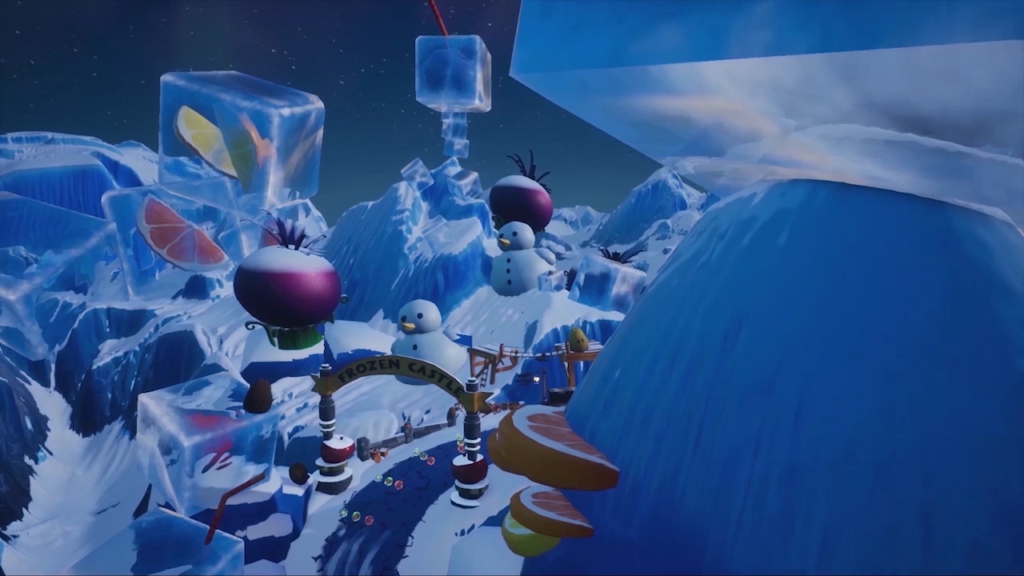 Content-wise there are a total of 11 racing cups, 21 fruit-themed tracks, a roster of 22 kart racers, and over 32,000 possible variations of kart customization. At least, according to the game’s website, there is. The game starts out with 10 racers to choose from and only 12 tracks. But, I like having goals, and unlocking the back half of the game was an easy enough feat. Keep racing in the cups, and eventually, you’ll have everything unlocked! If you tire from your career mode, there are several other modes to keep you busy. In addition to there being an offline career mode, there are also custom races you can participate in. These customizable races let you pick a track and choose from one of five game modes: random, juicer, dragster, elimination, and elimination mix.

Dragster is my personal favorite mode, where you can focus on racing itself and your power-up abilities naturally fill up over time. If custom tracks aren’t for you, you can select Fast Championship, which streamlines a cup race by having fewer races and randomizes the tracks and game modes for each. Not a bad way to practice before hopping into the Online mode, which lets you race with up to 7 other racers from around the globe. Despite the breadth of modes, however, none of them seem quite polished. Having content is all well and good, but it almost seems as if it was trying to copy from other Kart racers just to have like-modes in the game. I wish 3DClouds had committed more wholly to the uniqueness of their kart racer and polishing a few modes to make excellent, rather than having a lot of modes feel mediocre.

Now perhaps online modes aren’t your thing and you’d prefer to opt-in to split-screen instead, like me? That’s right, All-Star Fruit Racing lets you split-screen with up to three of your friends or family members for a fruit-filled night of fun! This was, admittedly, more difficult for me to figure out how to do than it would probably take other people. I searched through every menu trying to figure out where the split-screen option was. Eventually, I realized that all I had to do was pair extra controllers during the racer-select screen. It’s as simple as that, though I wish the game could have made the experience even more simple. Maybe a pulsing icon that screams, “PAIR EXTRA JOY-CONS HERE!” for us simple folk. The game does offer a nice, convenient in-game button press to remap your controllers if you need to split up your joy-cons, which I can definitely see coming in handy for impromptu racing. 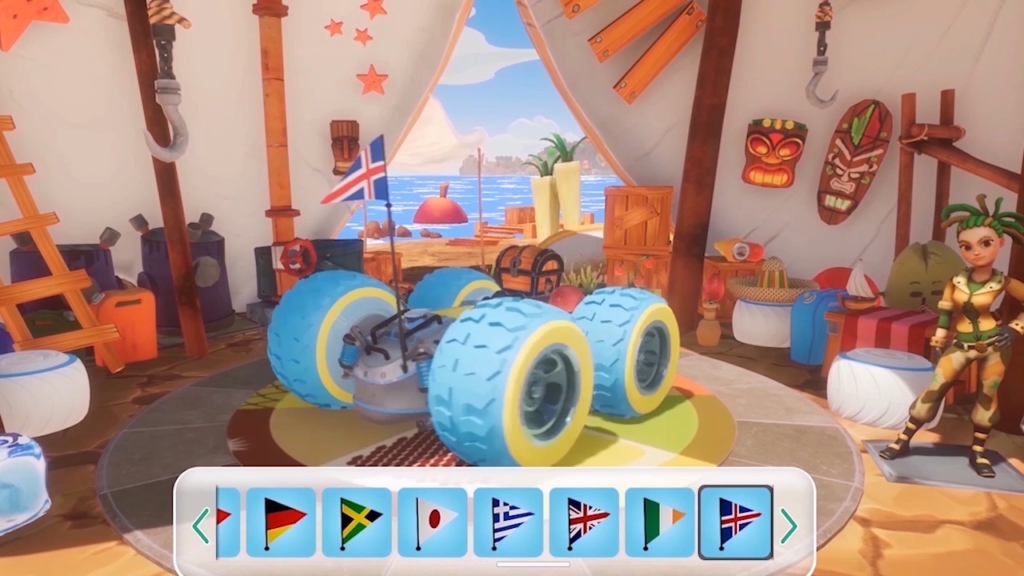 The game’s A.I. needs balancing, as well as the hit-detection in the game. Far too often was my character hit by another racer only to spin-out and take me out of the experience. I wasn’t even hit with a power-up or ability! Other times, when I was hit with an ability, it hardly seemed to faze my racer at all. While I like the racers, kart customization, and tracks the overall quality of the game needs polish if it hopes to compete with other racers, like Mario Kart 8 Deluxe. Maybe I’ll pick it up again when they add additional DLC, which you can see they have plans for under Downloadable Content in the Extras menu. Meanwhile, I will enjoy utilizing all the fruit trivia I’ve learned along the way: like how apples are comprised of 25% air, which is why they float.

Note: Our copy was reviewed on (Nintendo Switch) with a code provided by PR.

Tags: All Star Fruit Racing, review, switch
Summary
Overall, I enjoyed my time with All-Star Fruit Racing. I’ll admit, it initially gave me a bad impression. The combination of a 50-second long initial loading time (I timed it!), a music-less and boring tutorial, and the awkward inane witch’s laugh that persists throughout a race while I’m playing all led me to a preconceived idea about this game. The more I discovered, like how the creepy laugh was apparently my car horn and how I could customize it to sound more like a real horn, all led me on a journey through a magical Fruit-kingdom of fun kart-racing goodness. Unfortunately, the unintuitive U.I. and overall poor polish of the game detract from an otherwise delightful experience. Races felt too unfair one moment, and ridiculously too easy the next.
Good
Bad
6.5
Fair 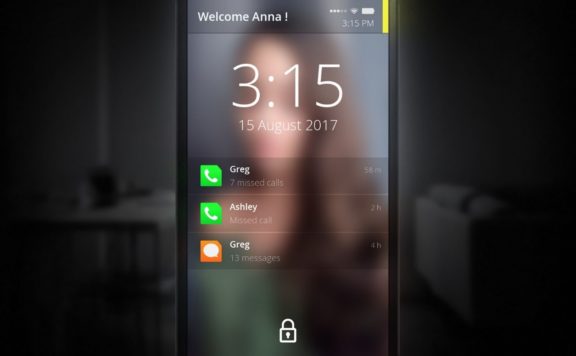 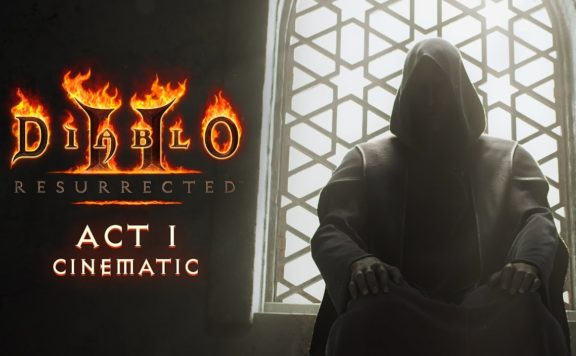 I was all hyped up and ready to roll with this new kart racer by 3DClouds.it. With Mario Kart dominating the kart scene on Switch since April of last year, I am always on the lookout for a new racing game to get my pistons pumping. Enter Al...
0
Average User Rating
0 votes
Have Your Say!
Your Rating: 0
Submit
Write A Review