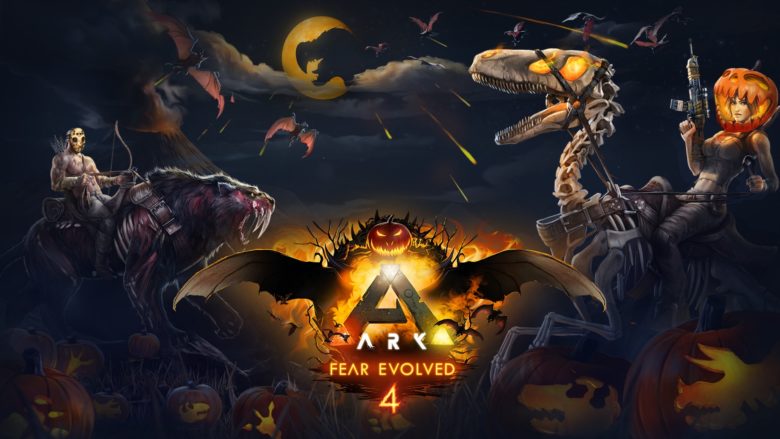 It’s that time of year when the air is cooler with ghosties and ghoulies coming to haunt the latter part of October. Games are no exception, of course, as evidenced by ARK: Survival Evolved. For the fourth year, the Fear Evolved event has descended into game that challenges players to face off against ghost dinos, skeletal chibis, new emotes, spectral creature skins, event-themed cosmetics, and it marks the return of the Dodorex. The event is available for PlayStation 4, and PC with the Xbox version arriving later today.

During Fear Evolved 4, players will also be able to leverage 2X experience gains for all activities including Harvesting and Taming & Breeding. There are 11 chibis to hunt down to add to their collections and 7 spectral dino skins.

Written by
Suzie Ford
Suzie is an avid gamer and has been since 1995. She lives in the desert with her own personal minion while dreaming of pixel worlds beyond Earth.
Previous ArticleDark Harvest Brings Thills & Chills to DauntlessNext Article10K+ Banned for RMT in Phantasy Star Online 2