Intrepid Studios has just dropped a new teaser for upcoming MMORPG Ashes of Creation and it is 90 minutes of 4K exploration.

If you’re not particularly busy today then grab a snack and follow the team at IntrepidStudios as they wander through their upcoming MMO, Ashes of Creation. The developers just unveiled 90 minutes of 4k footage to give fans of the genre a taste of what they’ve been working on over the past few months. This particular teaser is pre alpha gameplay but it will give anybody interested in the status of Ashes an idea of what t expect when the game gets a little more playable. The glimpse of the game includes a ton of content, including fully rendered character models, combat systems, looting, mounts, and a huge variety of different environments that all look pretty, well pretty.

Outside of a 90 minute country drive through Ashes of Creation, Intrepid has also recently released a developer update that follows on from the tour above. The development update took place on stream last week and features, Steven Sharif, Jeffrey Bard, and Margaret Kohn who took the time to go over a number of areas for backers and viewers of the massively multiplayer world. Suffice to say, you might want another drink by this point, it could be a pretty full day.

MMO fans will likely appreciate the update on this upcoming MMORPG. Ashes of Creation has been steadily moving closer to completion with intermittent periods of public activity since its Kickstarter back in 2017. Now, Intrepid is ready to give a deeper dive into building a modern MMO experience where everything that happens in their world is impacted by the players’ actions. For more detail, and to check out the adventures you could be having in Ashes of Creation, check out the 90 minute teaser above or head over to the official Ashes of Creation website now.

Written by
Ed Orr
For those of you who I’ve not met yet, my name is Ed. After an early indoctrination into PC gaming, years adrift on the unwashed internet, running a successful guild, and testing video games, I turned my hand to writing about them. Now, you will find me squawking across a multitude of sites and even getting to play games now and then
Previous ArticleCake Bash Demo Rises Out Of The Steam Summer Game FestivalNext ArticleWhat The Golf Review: A Hole in Pun 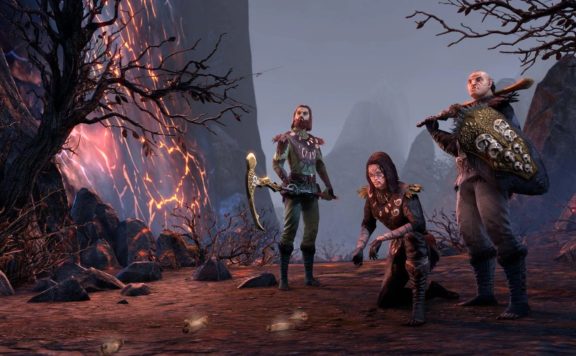