During yesterday’s Nintendo Indie World Showcase, Lienzo announced Aztech Forgotten Gods, an upcoming game coming to PC, Nintendo Switch, PlayStation 4, PlayStation 5, Xbox One, and Xbox One X/S later in 2021. The game is based on the “Latinx-Futurism cyberstone colossus fighter” from Mulaka and is based on an alternative history of Mesoamerica where European powers never arrived.

Achtli and her mother Nantsin are searching for ancient knowledge. In their search, however, a disaster occurs that awakens stone colossi bent on destruction. The accident has changed Achtli both physically and mentally including the arrival of “someone in her head named Tez claiming his own divinity”.

“Lienzo’s proud to be fleshing out a Mexican story with a Mexican team,” said Guillermo Vizcaino, Head of PR and Marketing and Lead Writer. “There’s such a rich history behind the Aztecs, and merging that with an anime-inspired story gave us the chance to make something really special.”

Check out the new trailer and then head to the Aztech Forgotten Gods official site to learn more.

Written by
Suzie Ford
Suzie is an avid gamer and has been since 1995. She lives in the desert with her own personal minion while dreaming of pixel worlds beyond Earth.
Previous ArticleDARQ Complete Edition Switch ReviewNext ArticleTop 5 Bedtime Games for Your Smartphone 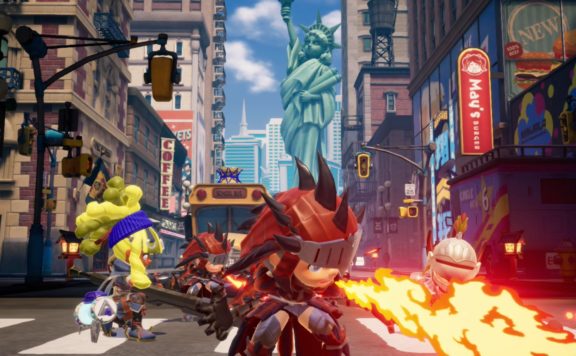