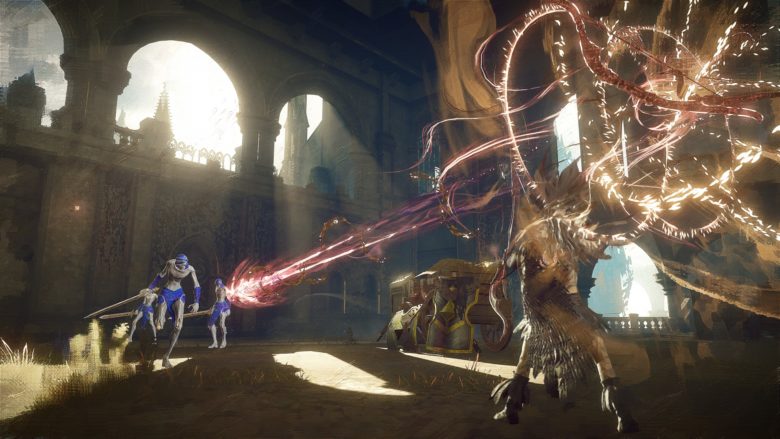 The Babylon’s Fall closed beta begins today, giving a few lucky players to opportunity to get hands on with this upcoming title from Square Enix and Platinum Games.

Set to launch for real sometime in the future, Babylon’s Fall looks like everything you’d expect from Platinum Games and Square Enix. Mixing a dark fantasy dystopia and the incredible action orientated attacks that Platinum wields so well in everything from the NierR series to Bayonetta, Babylon’s Fall joins a group of warriors bonded with special equipment in an odyssey to overcome the titanic Tower of Babylon. Players ready to take on the gargantuan challenge and break the game will be gearing up today for a few days of hack and slash combat, wielding called Gideon Coffins to combine up to four weapons at once and take down monstrous foes and score incredible loot.

Running from right now and ending on 17 November at 1:00 am Pacific Time, the latest Babylon’s Fall test regime provides players with an opportunity to get into a slice of this upcoming game. A total of 6 dungeons will be on offer over the 48 hour window. 3 dungeons, will appear, each with 2 separate difficulty levels to test your skill. Don’t worry about things getting too difficult during that time, Babylon’s Fall features cross platform multiplayer, allowing up to 4 players to carve their way through this gorgeous oil painted world of myth and monsters. Like any closed beta test, anybody who has already scored a key can jump in but expect network interruptions. Square Enix is busy testing server stability so don’t expect a flawless in game experience. For anybody that didn’t manage to get into the closed test, we will be reporting our thoughts and dropping some gameplay throughout the next couple of days. Keep an eye on Gamespace or check out the official website for more on Babylon’s Fall. 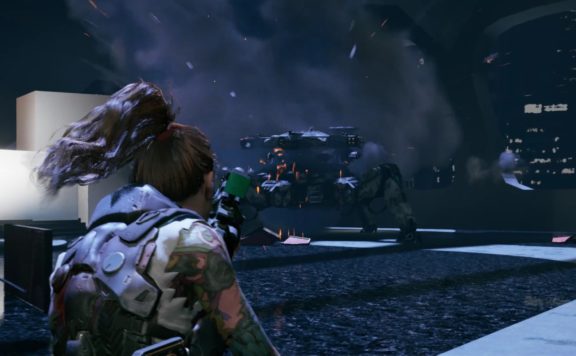