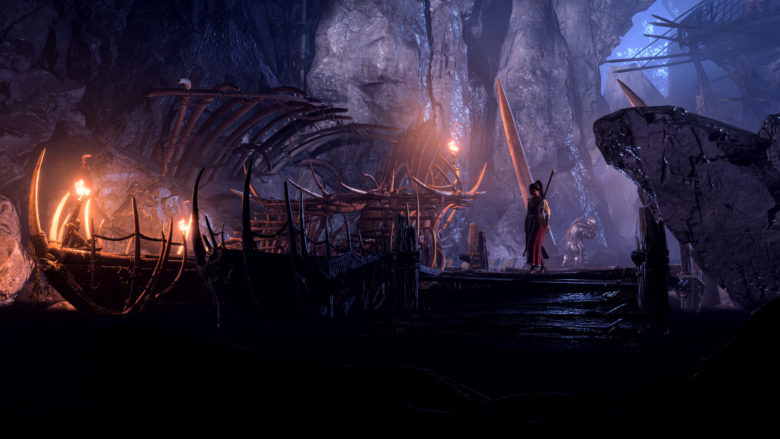 It has been quite some time since the release of Baldur’s Gate Patch 5 that added a variety of content to the game such as more Shadowheart scenes, Background goals, etc. The community held its collective breath in anticipation – and Larian Studios didn’t disappoint!

Patch 6 brings a wealth of new content and it looks glorious. In addition to the new magical experience that is the addition of the Sorcerer class, the update also adds a new area: Grymforge, a major graphical overhaul (just look at the texture of materials, it looks amazing!) and a number of new weapon actions gained from proficiency. Of course, with the new class bringing more magic, it also means new spells.

You can also double-wield salami and Lae’zel is no longer quite so picky when it comes to romance – if that is more of your type of content. Let’s take a closer look at what patch 6 has to offer.

Sorcerer is the new class coming to Baldur’s Gate 3 in Patch 6 and joining the available selection of Cleric, Druid, Fighter, Ranger, Rogue, Warlock, and Wizard.

The game describes Sorcerers as natural spellcasters, drawing on inherent magic from a gift or bloodline. The class features include proficiency with daggers, quarterstaves, light crossbows, Constitution saving throws and Charisma saving throws. You are also very likely to amass an amazing number on your Charisma score, so your Sorcerer can easily serve as the face of the party to charm their way through dialogues. The Sorcerer class comes with two available subclasses:

If you choose Wild Magic as your subclass, you get Tides of Chaos – an ability that can be activated to get an advantage on the next Attack Roll, Ability Check or Saving Throw. Also grants an increased chance of Wild Magic surge. It recharges after rests – both Short and Long rest work in this case. You also act as a target for a random magical effect from Wild Magic surge. They can be quite beneficial… or not.

In addition to getting cool customizable scales, Draconic Bloodline Sorcerers also get to choose a damage type bonus provided by their Draconic ancestor: fire, acid, lightning, cold, poison with extra bonus coming at level 6. The choice of Dragon Ancestor also grants an extra spell such as Armour of Agathys or Burning Hands.

During character creation, you are given an option to choose four cantrips and two spells (vs 2 cantrips and 2 spells for Warlock and 3 cantrips, 6 spells and 4 prepared spells for Wizard). Sorcerer is a great addition to BG3’s roster of magic-themed classes, especially for those who don’t want to deal with prepared spells. Plus, we already have a Warlock in Wyll and Wizard in Gale, so it’s time to bring unique charismatic arcane greatness to your tadpole-infected party!

Sorcerers add five new spells to the game: Horrific Visage (a Tadpole action), Chromatic Orb, Cloud of Daggers, Crown of Madness and Enlarge/Reduce. The latter offers quite a few interesting interactions in the game. The class’ ultimate perk is Metamagic, a way to modify your spells for the maximum arcane greatness. 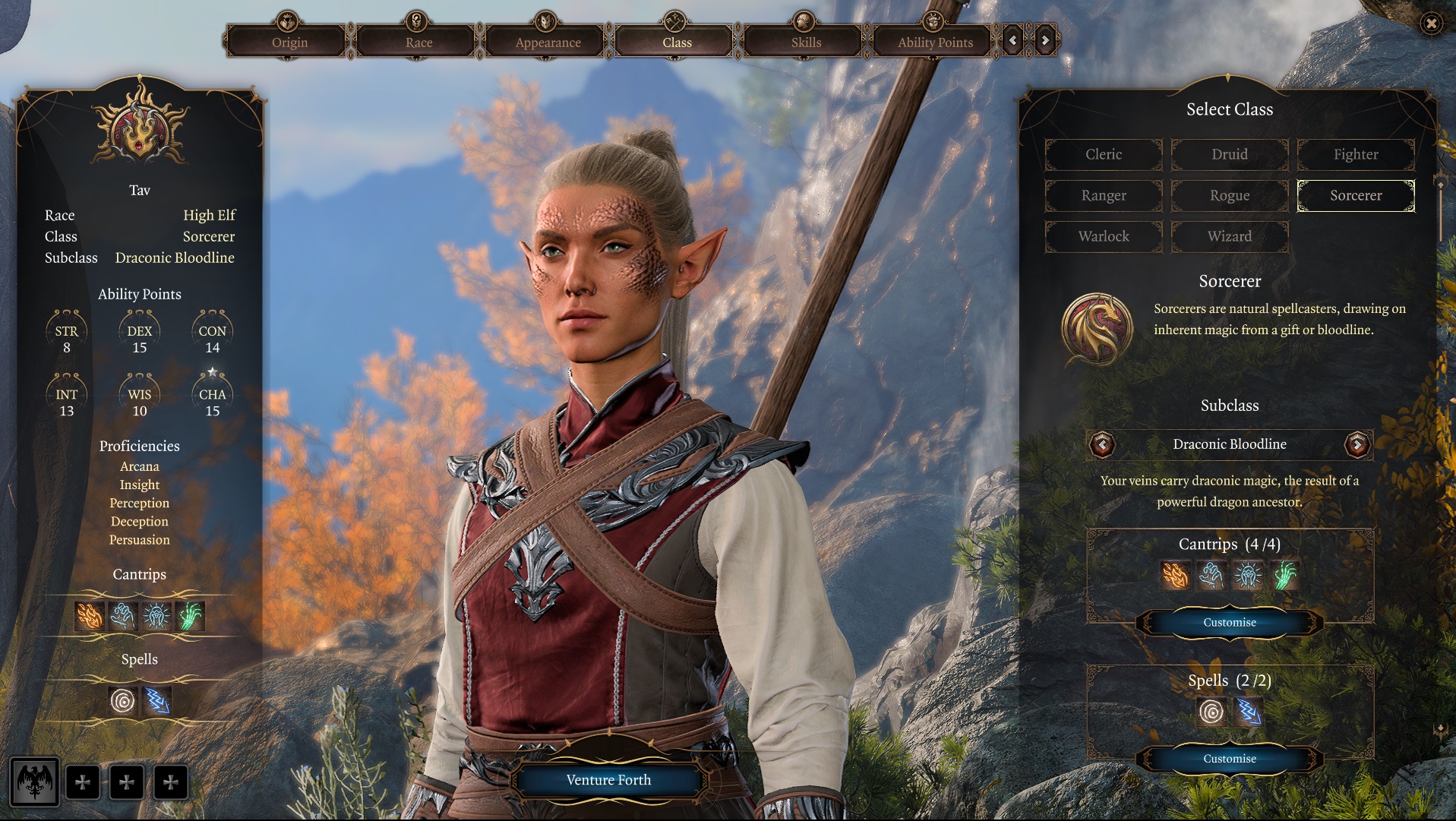 Previously, the Early Access of Baldur’s Gate 3 ended with players venturing into the Underdark. And, while it is still true, now Underdark has an entirely new area added to it: Grymforge, filled with Duergar and enslaved deep gnomes and offering a variety of new quests that deal with the Absolute and True Souls. Of course, there is also a number of new cinematics and quests scattered around the game world, including the Underdark, that will ease you into the new content.

The area made me nostalgic for Dragon Age: Origins’ Deep Roads and Orzammar in the best way possible. It is dark yet colorful, featuring a lot of vertical space and filled to the brim with surly gray dwarves that try to pick a fight with you in every second conversation. And if you try to act good or at least neutral? These tyrannical pessimistic underdwarves will actively to split your skull open or sic their pet spiders on you, considering it a weakness.

So prepare your weapons, spells and dice and gather your party to venture forth beyond the Ebonlake. The new location awaits!

Baldur’s Gate 3 received new Weapon Actions. Characters that are proficient with their melee or ranged weapons will have up to three extra moves at their disposal, granting you more ways to rip and tear your enemies apart. Those new moves include Crippling Stike, Backbreaker, Piercing Shot and more.

Patch 6 also adds a massive graphic update to Baldur’s Gate 3, including a revamp of animations for Githyanki characters, and the characters reflecting their health status by having dirt smeared across them as well as bruises and cuts appearing as their HP drops lower. No more looking no worse for the wear as you have 1 HP!

The developers made improvements to Faerun’s visual depth, implemented directional and volumetric lighting, applied fresh color grading, new particle effect techniques and much more. In some cases, the changes might not catch your eye right away, as the game was extremely beautiful even before, but now every little detail adds to an intricate canvas that makes you feel like you stepped foot into a living, breathing world.

The team also made a pass over character balancing, for example reducing Shadowheart’s Charisma and adding some Strength so she can dish out some heavy punishment with that mace of hers. Additionally, the developers have added an option to increase the subtitle size and to make the text background semi-transparent.

There is A LOT of new content that has been added by Patch 6 so please check out the full patch notes for 10 pages of goodness that you can experience in Baldur’s Gate 3.

Overall, Patch 6 is an amazing addition to this masterpiece of the game. If you have played through Early Access content at an earlier point, it might be a good time to dip your toes back into Faerun to see everything that Larian changed or added.

Written by
Catherine Daro
While growing up in the wilds of Russia, Catherine learned to talk, write and game at almost the same time. You can follow her attempts at latter two at MMORPG.com and GameSpace.
Previous ArticleAge of Empires IV Showed Off The EnglishNext ArticleIt’s a Great Week to Earn Extra Loot in Red Dead Online 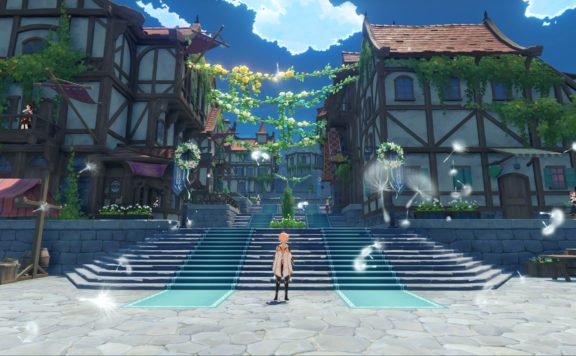 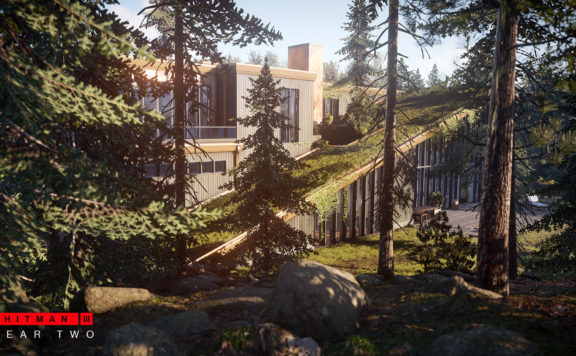 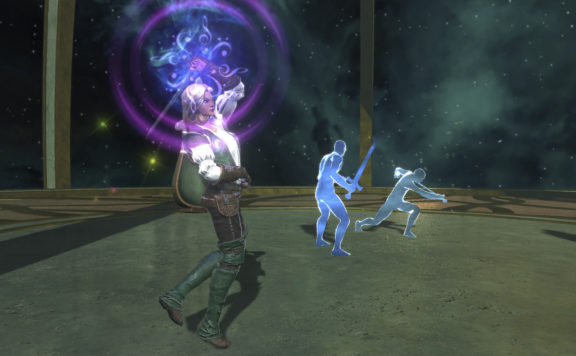 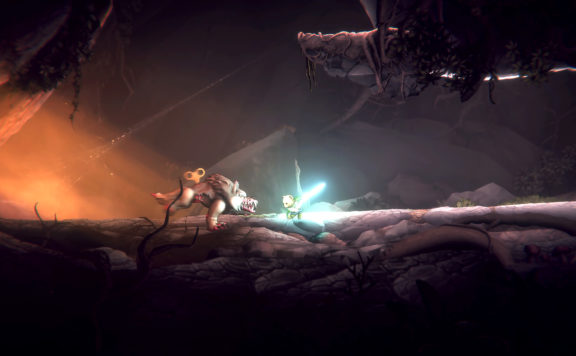