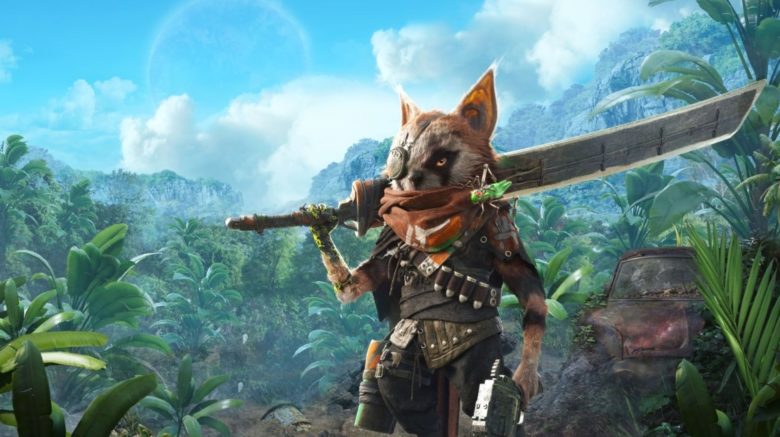 Xbox players will have a gigantic helping of great new games including the keenly anticipated Biomutant. But that isn’t the only fantastic game out this week. Microsoft has a plethora of awesome games for players including for those who want to take to high seas skullduggery and for folks who want to revisit an old favorite in Saints Row. Check out this week’s games and then get crackin’!

An Airport for Aliens Currently Run by Dogs is a first-person open-world comedy adventure game with a very long name. You and your fiancée are the last two human beings left in the universe. Dogs run airports, along with the rest of society. Deal with alien logic, travel issues, and strange stock photo dogs as you attempt to stay in touch with the person you love when you both live your lives on the go!

The Mercenary is a special class loadout playable from start through this DLC only. The Mercenary has dual-wield as a starting ability and is geared up with a classic Katana and the shorter Wakizashi blades to explain it in real-world terms. Simply put, it’ll let you experience the world of BIOMUTANT as classic samurai-looking warrior from the start.

Shooters, fighting, action—all your favorite genres in this exciting collection! Capcom Arcade Stadium brings back all the nostalgia of the arcade while adding in new and exciting features you’ll wish you had back then!

King of Seas is an Action Role-playing game set in a deadly procedurally generated pirate world. In a ferocious plot, you will fight to regain what has been taken away and embark on an epic adventure in a fantasy world, filled with battles, lost islands, and treasures. A universe full of amazing characters and breathtaking missions will keep you anchored as you strive to become the king of all pirates.

Years after taking Stilwater for their own, the Third Street Saints have evolved from street gang to household brand name, with Saints sneakers, Saints energy drinks and Johnny Gat bobblehead dolls all available at a store near you. The Saints are kings of Stilwater, but their celebrity status has not gone unnoticed. The Syndicate, a legendary criminal fraternity with pawns in play all over the globe, has turned its eye on the Saints and demands tribute.

MUTAZIONE is an adventure game where the juicy personal drama is just as important as the high-stakes adventure part of the story. Explore the community as 15-year-old Kai as she travels to the strange and secretive community of Mutazione to care for her ailing grandfather, Nonno. Make new friends; plant musical gardens; attend BBQs, band nights, and boat trips; and embark on a final spiritual journey to save everyone from the strange darkness at the heart of it all.

REKT! is a stunt, driving game inspired by the eternal classics like Rush and Tony Hawk’s Pro Skater series. In quick gameplay sessions, you will complete various challenges to unlock cars, arenas, and customizations. Do outstanding tricks and stunts to get the highest scores and face other players – rule the leaderboard!
The physics model in REKT makes performing tricks incredibly smooth and easy but don’t get too comfortable – it’s easy to learn but hard to master.

The wonderful game characters out of the HORSE CLUB world from Schleich are brought to life – in this exciting action-adventure game for kids! There is an amazing amount to discover in this open-world game. The popular Horse Club game characters and the lovingly designed locations in Lakeside, such as the café, the caravan, and the riding stable, are brought to life here. Horse Club Adventures is an excitement-packed action adventure with numerous missions, popular mini-games, intriguing secrets to be revealed, and loads of unlockable objects, as well as collectibles and customization options.

Welcome to the year 3015! It’s a hell of a time to be alive. Humanity has colonized thousands of star systems spanning a vast region of space known as the Inner Sphere. The golden age of cooperation and advancement is now a distant memory, and humanity has once again splintered into disparate factions all vying for supremacy. In the midst of these Succession Wars, power-hungry Mercenaries like yourself are in a privileged position to capitalize big time. It’s dangerous work but that’s why you’re here, right? If you’ve got an itch to blast, wreck, stomp, and go all out ballistic, step inside and become your own weapon of war!

Become the commander of one of the extraordinary factions of Warhammer Age of Sigmar – a dark-fantasy universe where immortal knights ride heavenly stardrakes to eradicate Death across a multitude of realms. This is Storm Ground, a world of legends, heroes, hellish creatures, and fearsome battles. Lead your highly customizable force in this dynamic and spectacular skirmish turn-based strategy game packed with fast-paced warfare. Victories allow you to collect and upgrade new types of units, powerful equipment, and unlock devastating skills. Explore all the routes in Storm Ground’s non-linear campaign. During each new playthrough, overcome new odds to find unique units and gears. Build your legendary army and defy other players in epic online duels.

You are the legendary monster hunter on a mission to survive the slaughter through the Dead Kingdom. Armed only with a trusty crossbow and old-fashioned trench coat, you have to reach the bowels of a dying country riddled with hordes of blood-soaking monsters. These scoundrels have to be hunted down! In Crossbow Crusade you will have everything needed from instant platforming classics — challenging enemies, the hard and rewarding fight system, 90’s-style pixel art, and responsive controls. All these features make for a great platforming experience suitable for new gamers and genre veterans alike!

Blast through an island of dangers with your projectile owl companion. Battle through crisp, colorful pixel art in this handcrafted platformer. The rules change every level, but with brilliant power-ups, you’ll conquer unique environments, enemies, and bosses.

Using fists, feet and whatever weapons come to hand, the EIGHT DRAGONS must fight their way from one end of the city to the other, to reach their ultimate showdown. But each Dragon has a different path – it’s only when they come together that their true destiny is unlocked, as their stories intertwine and the full epic fight is revealed!

You are Nancy Bradford, a talented daughter of famous scientists who died under mysterious circumstances 20 years ago. Your recent studies, concentrating on mind control, draw attention from a prestigious Neurotech Institute as well as the CIA, which resulted in an unusual offer. Continuing studies within the walls of a top-secret laboratory and getting a huge grant is surely enticing, spying on the other hand sounds like a risky job. Brace yourself as it’s just a kick-off for a deadly game!

Make your gold mining dream come true – start with few spare bucks and work your way up to becoming a millionaire! Gold Rush: The Game is a gold mining simulator based on the smash-hit Discovery Channel series. Sit behind the wheel of multiple vehicles such as excavator, drill, front-end loader, bulldozer, and others. The whole gold mining operation depends on your steering skills!

Long Ago: A Puzzle Tale

Long Ago: A Puzzle Tale is a relaxing puzzle game with colorful visuals, beautiful music, and a fully voiced modern fairy tale told in rhyme about a brave princess striving for freedom and adventure when everyone around her tries to keep her in line with the status quo. Solve intuitive puzzles, collect feathers, gems, and coins, discover new mechanics as you progress, and enjoy the unique themes each chapter unlocks.

SUPER ARCADE SOCCER 2021 lets you play soccer like never before, combining the best in new technology and classic retro games. It’s the best of both worlds!
Tactics meet intense gameplay in a one-of-a-kind game you’re sure to enjoy. Face off against IA like you’ve never seen before. Enjoy a wide variety of competitions and an extensive database with the best teams and players in the world.

Choose the right pieces, place them into the tower and solve the puzzle! This is Trenga, a relaxing 3D puzzle game with a unique yet familiar mechanic. Help Kate Nemo and the cute sea creatures, challenging your friends and family or even your own brain, to solve tricky missions in the 3 beautiful worlds of this captivating underwater adventure.

Written by
Suzie Ford
Suzie is an avid gamer and has been since 1995. She lives in the desert with her own personal minion while dreaming of pixel worlds beyond Earth.
Previous ArticleThe Riftbreaker Will Be Available on Xbox Game Pass on Day OneNext ArticleWatch Dogs: Legion Roadmap Reveals PvP Update in August 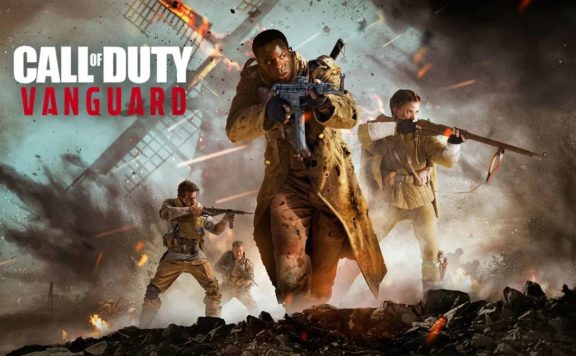 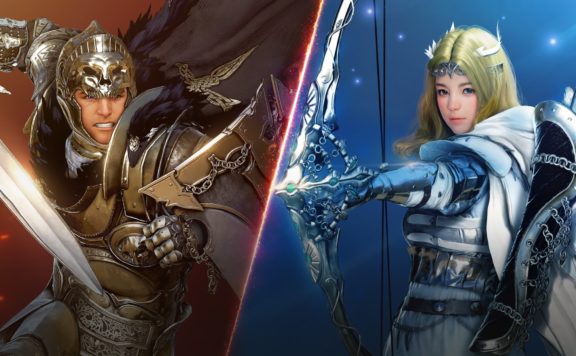