Black Desert Online, the MMORPG from Peral Abyss and Kakao Games is launching the Guardian class and it arrives on 22nd January.

Hitting home across all platforms, yes that means mobile too, the Guardian is an entirely new type of character. Wielding a battleaxe and a hefty shield this warrior hails from the mountain wilderness and follows the will of the dragon Omua. As they wander through their shattered memories, players who take on the Guardian will make a pact with the Black Spirit to find a holy flame called Ynix.

The Guardian is, like far too many eastern character classes, gender locked but with a bit of a twist. This fearsome melee class is a female-only selection and players can get a glimpse of her power in the new trailer that has just dropped for the update, although she still looks a bit cold in my opinion. Guardians are all for close-quarters combat, rushing their enemies and striking with perfectly calculated blows to fend off all who dare oppose her. Between her axe and shield, this bastion of the battlefield can unleash some of the following skills on her opponents.

Players interested in trying out the Guardian can get in line by pre-registering as of 24 December. By pre-registering for this class, players can score extra in-game rewards while they grind through some of the game’s holiday events that are still running. If you are interested in trying out Blac Desert Online then this might be a great time to start as everyone rushes back to roll a new character. Find out more about the Black Desert Online Guardian class while you get ready to destroy your enemies on PC, Xbox One, PlayStation, and mobile.

Written by
Ed Orr
For those of you who I’ve not met yet, my name is Ed. After an early indoctrination into PC gaming, years adrift on the unwashed internet, running a successful guild, and testing video games, I turned my hand to writing about them. Now, you will find me squawking across a multitude of sites and even getting to play games now and then
Previous ArticleTERA console players hunt for false SantasNext ArticleBraga Clause spreads Christmas cheer in Astellia 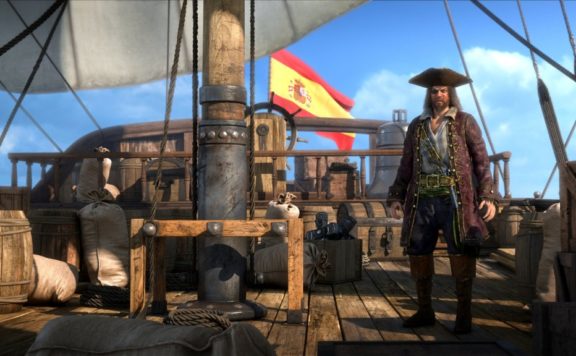