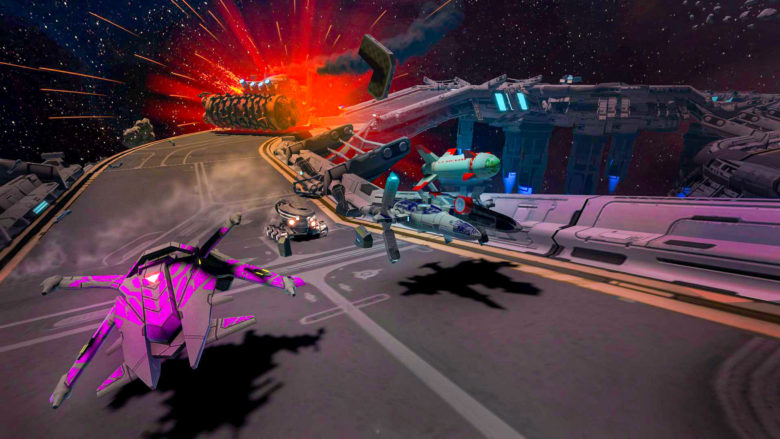 VR Racing Isn’t a new concept but Gaijin Entertainment is aiming for a whole new level of freedom when BlazeRush: Star Track loads onto the Meta Quest 2.

Meta’s iconic wireless VR headset has a new high-speed adventure ready for players who don’t want to worry about strapping in before they put the pedal to the floor. BlazeRush: Star track is available now and melds dynamic arcade action racers with a top down 3D environment that is likely to let you run and gun.

Set in and around a set of outlandish space themed tracks and throwing players into a multiplayer battle racer, BlazeRush: Star Track puts players right at the center of the action. By standing in the middle of these high-speed courses, players can see each twist and turn unfold around them. Along the way, there are plenty of alternatives to the classic blue shell. Lasers, mines, and chain lightning are just some of the aggressive tactics available to inconvenience other players, whether its in 8 player online mode or the more intimate 4 player local party configuration.

Despite the brand new spaceships and a massive 30 missions, players who had an Oculus Rift or Oculus Go might recognize plenty of the gameplay. The original BlazeRush game was one of the first 30 games for the Oculus Rift platform. The game was also included in the starting line up of the Oculus GO platform. This new iteration is an expanded and enhanced follow up with more vehicles, new enemies, and a thumping soundtrack to boot. If you’re looking for something a bit faster than War Thunder’s armored columns, then this new title from the same studio might fit well into your weekend. BlazeRush: Star Track is out now on the Meta Quest Store.

Written by
Ed Orr
For those of you who I’ve not met yet, my name is Ed. After an early indoctrination into PC gaming, years adrift on the unwashed internet, running a successful guild, and testing video games, I turned my hand to writing about them. Now, you will find me squawking across a multitude of sites and even getting to play games now and then
Previous ArticleSoulstice Shared the First Look at CombatNext ArticlePaladins – Check Out Heart of Darkness Overview Trailer 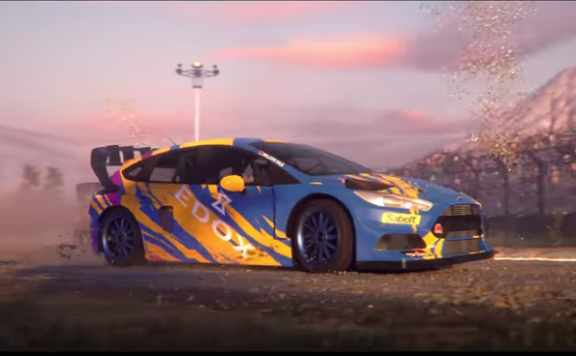