Bloodstained: Ritual of the Night is less than a month away. As we prepare to explore a demon-infested castle, 505 Games has opened up pre-orders for this adventure.

Coming to consoles and PC between 18 – 25 June, Bloodstained: Ritual of the Night marks Koji Igarashi’s return to the Metroidvania genre. After the producer’s departure from Konami, a 2017 Kickstarter campaign raised over $5.5 million dollars and now a brand new Metroidvania experience is upon us.

Bloodstained: Ritual of the Night is an exploration-focused, side-scrolling platformer that manages to cram in a bunch of RPG and crafting elements. Players who pick up the title will take the place of Miriam, an orphan scarred by an alchemist curse which slowly turns your skin to crystal. In order to fight this destructive curse, you must make your way through a castle filled with monsters. All the while you will collect, craft and unlock a vast array of weapons to assist you on your quest to defeat Gebel. Gebel, the original host for the magi-crystal curse that summons demons to the planet, is holed away in this demon filled challenge and as the curse overtakes him it is up to you to prevent the downfall of man, and maybe save yourself from this fate.

Bloodstained: Ritual of the Night takes an obvious lead from Castlevania titles and looks like a natural companion to the famous franchise. This seems somewhat obvious with the influence of Koji Igarashi. However, Koji Igarashi isn’t the only big name involved in bringing Bloodstained: Ritual of the Night to life. Koji Igarashi, whose musical work featured across the Castlevania series, is also helping bring an authentically creepy composition to the upcoming title. Check out the result in the pre-order trailer, below:

Players who want to grab Bloodstained: Ritual of the Night can pre-order now from Steam, GOG, PlayStation Store, Xbox Games Store, Nintendo eShop, and physical retailers. Bloodstained: Ritual of the Night will go live digitally worldwide for PlayStation 4, Xbox One and on PC on Tuesday, June 18, while PlayStation 4 and Xbox One retail versions will hit the shelves of major retailers in Europe on June 21. The digital release for the Nintendo Switch™ hybrid console will follow on Tuesday, June 25 at the Nintendo eShop, with the retail version which will follow on June 28. All standard versions will be priced at £34.99 or domestic equivalent.

Written by
Ed Orr
For those of you who I’ve not met yet, my name is Ed. After an early indoctrination into PC gaming, years adrift on the unwashed internet, running a successful guild, and testing video games, I turned my hand to writing about them. Now, you will find me squawking across a multitude of sites and even getting to play games now and then
Previous ArticleBloodlines 2 – Vampire Clan Ventrue RevealedNext ArticleIs Krunker the best browser shooting game in 2019? 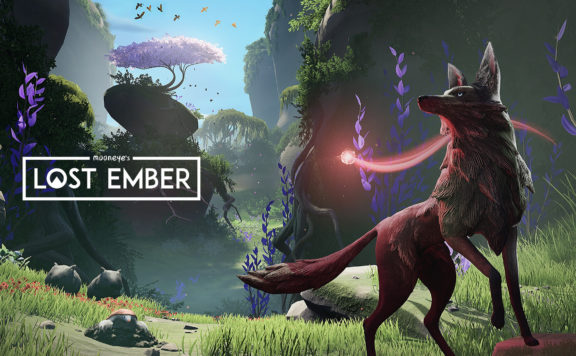