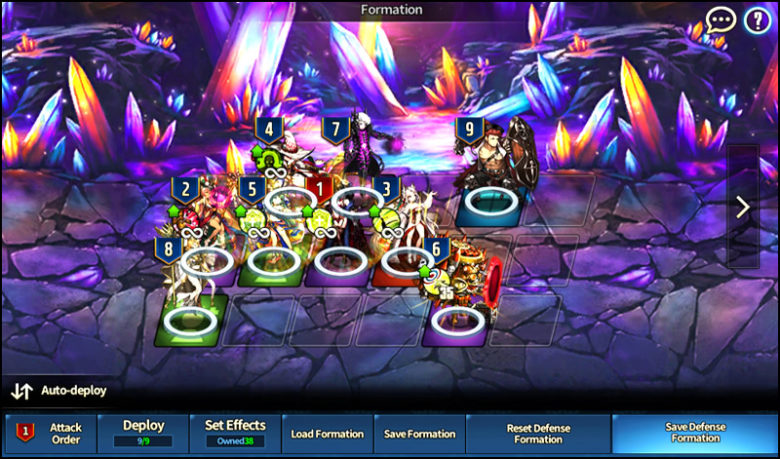 Brought west by publisher Neowiz, Brown Dust is yet another mobile RPG in the ranks of small screen adventures, Gacha games, and cute looking trash littering the screen. After launching at the start of March and raking up over 2 million downloads, it seems that Brown Dust might be more than a cute looking cash grab. I took some time to find out.

Focused on the escapades of a band of mercs for hire, Brown Dust puts players in command of an ever-growing legion of less than superheroes. It follows your rise from a novice leader, through trials that lead you to tackle a mythical band of ner’ doers. With little real agency or personal stake in the game’s pretense, Brown dust might not seem like it is particularly special at first glance. It does not catch the imagination like Food Fantasy or have the brand recognition of a game like Skylanders, yet I found myself coming back to Brown Dusts’s small but mighty heroes.

The game’s own band of diminutive warriors are central to much of Brown Dust’s gameplay. Right from the first moment any new commander logs in, Brown Dust swiftly ushers players into the game’s campaign system. This series of instanced encounters, permeated by a set of interludes that could easily come from a visual novel, quickly break open the core deck building mechanics required to pull together an army. Like so many other mobile games, Brown Dust uses a common gacha style system, mixing a range of random card draws, blind boxed loot, and lucky fortune wheels to flesh out your ranks. The cards that do drop from each of these escapades come in a range of qualities, with a series of increasingly expensive in-game currencies required to draw various grades. Of course, Neowiz has not deviated far from the norm in this regard. Randomly drawn cards reveal new soldiers and deploying them on the battlefield provides these unlikely soldiers with level experience for their endeavors. 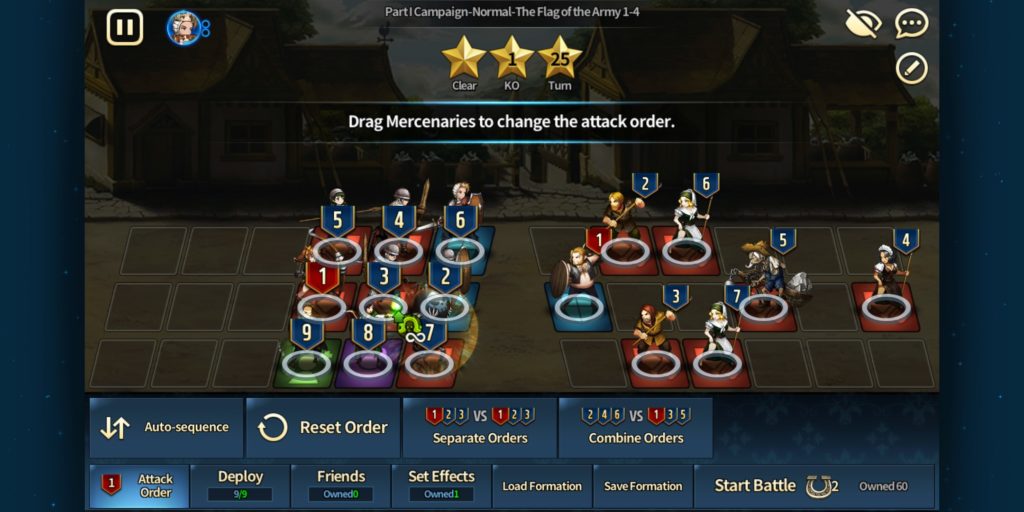 This is far from the only character progression system in play. Duplicate cards can be repurposed to unlock new skills, enhancing your existing warriors. While Brown Dust institutes a range of very common deck building mechanics, it manages to disenchant itself from an excessive gear grind. Honestly, it is to the game’s overall benefit that this was not included. Level, Rank, and skill progression are more than adequate for a range of characters that are part of a much larger whole.

Deploy this rabble on the battlefield and Brown Dust’s seemingly simple decks begin to make a lot more sense. Initially, the 2D turn-based system seems like a case of picking the most overpowered actors on a stage full of amateur enemies. This carries on long enough to learn the core combat mechanics of each battle. Each stage of the game’s fairly rudimentary story quest, initially drip feeds a set of new ideas. Melee, ranged, and support classes of various types and strengths are slotted in as crucial story elements allowing players to understand how a squad of warriors work together. Mercenaries are deployed across a three by six grid, with each character costing a certain amount of deployment energy. Between the classes involved, their range, power, skills, and order of attack you have plenty to consider when getting into battle.

These various elements do not make much difference immediately. Brown Dust allows players who just want to power through to autoplay, but as enemies get more powerful and challenges get tougher, the squad under your command will find greater benefit from your own tactical changes than the game’s AI. This ultimately makes Brown Dusts combat system engaging. What I thought would be a case of fire and forget actually ends up being a considered craft that, given some time, plays out a considered battle plan in a satisfying series of attacks. 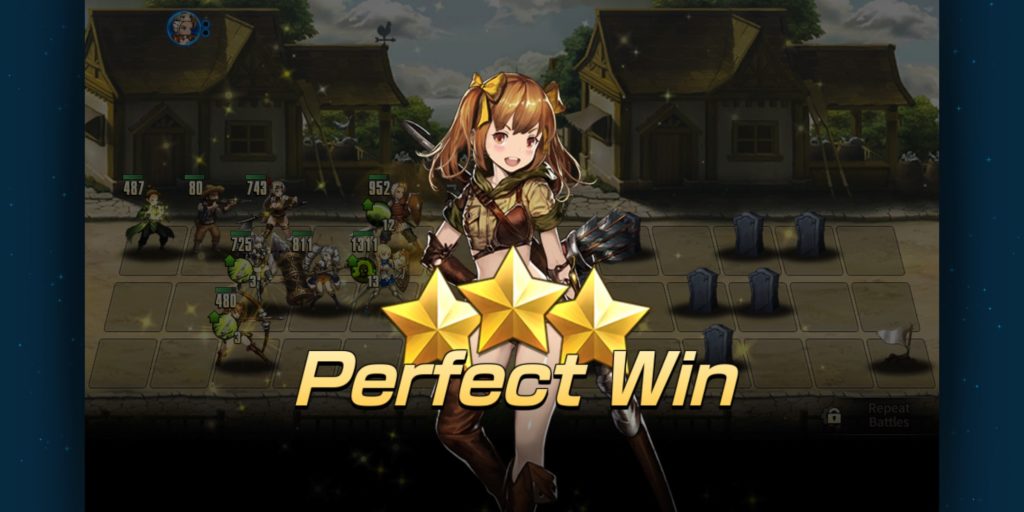 Graphics in Brown dust are similarly understated. While Aion and Skyforge are 3D and full of cutscenes, Bworn Dust ultimately seems a little subdued. The 2D style and chibi characters that you’ll find, however, are utterly charming on any device. While more action orientated mobile endeavors can chew up some serious processor power, Brown Dust never feels problematic. It does not push anywhere near the limits of my everyday moto G6, making it an easy win for even the most frugal buyers.

Thankfully for those of you who like your cash in your wallet, Brown Dust is surprisingly well monetized, to a point. In this regard, Brown Dust makes a real effort to allow players to earn premium currency at a decent rate. The game’s achievement system and lucky wheel consistently drip diamonds into your mailbox. While 4 gems here and there might not seem like much, the game seems to continuously clock in with ever more ways to earn. Don’t get me wrong, Brown Dust still has a cash shop and it still incentivizes players to burn money. Sink enough time into the game and begin competing at a reasonable tier, or indeed just start crushing every enemy underfoot and you will need to vault the paywall. Approach this like any mother mobile title and you’ll probably feel that that Neowiz want to incentivize you to spend cash rather than have you buried under an avalanche of defeats because you kept your wallet closed.

This balance extends beyond the day to day grind of daily quests and the multitude of events that run. The Player vs Player arenas are particularly fun. With a pretty relaxed approach and, at least for now, a plentiful list of players, the arenas are exactly what you’d expect and a decent enough challenge. Players feel well enough matched that things aren’t disheartening and the number of potential combinations each squad of players can put together makes for a varied set of battles. 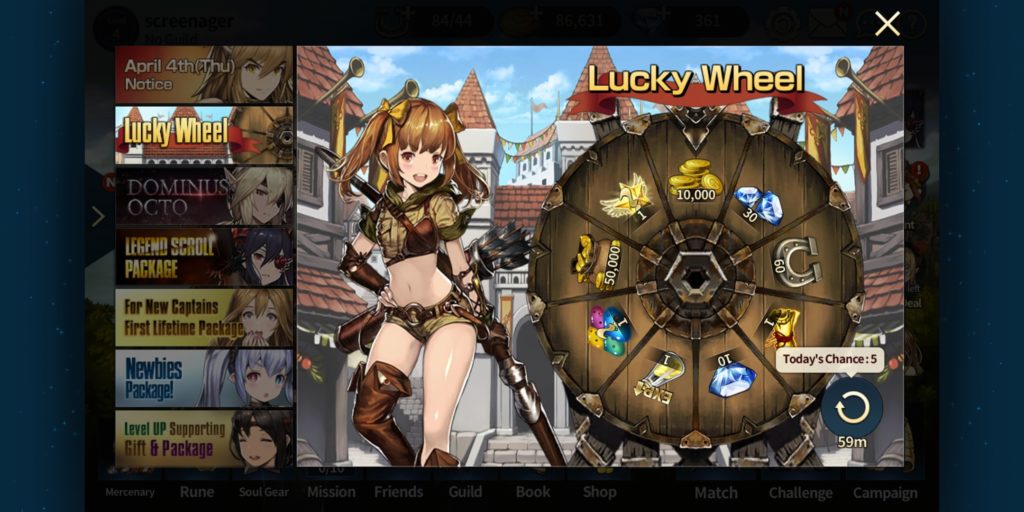 Ultimately where Brown dust takes an arrow is in the main story quest and aesthetic. While the combat is thoughtful and surprisingly layered, the story component feels like filler. It starts with little sense but I feel like Neowiz knows this and have focused on other areas. The Style and audio for Brown does not really take your breath away either. Audio and music are acceptable, but the same aesthetics that make Brown Dust a contender on pretty much any mobile device pale in comparison to some of the bigger mobile adventures coming out of Nintendo right now.

With this said, Brown Dust caught me by surprise. What seems like a simple game at first belies a great deal more complexity than you’d imagine. Its cute persona hides the sensibility of an old school turn-based title and I never felt like the cash shop is absolutely necessary. Brown Dust is a great change of pace for anybody on the move who wants to work their brain more than their tapping finger. Brown Dust is out now on iOS and Android stores for free.

Written by
Ed Orr
For those of you who I’ve not met yet, my name is Ed. After an early indoctrination into PC gaming, years adrift on the unwashed internet, running a successful guild, and testing video games, I turned my hand to writing about them. Now, you will find me squawking across a multitude of sites and even getting to play games now and then
Previous ArticleGearbox and 2K Announce Innovative Borderlands 3 Twitch ExtensionNext ArticleRedout Races To Nintendo Switch On May 14 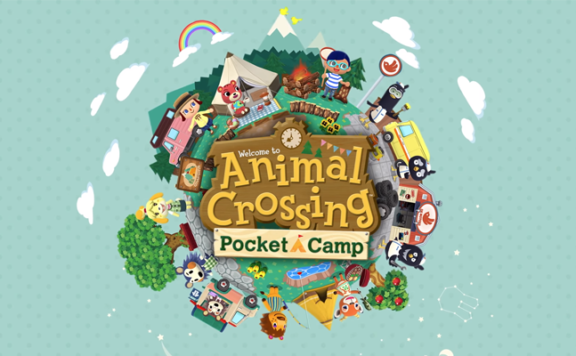 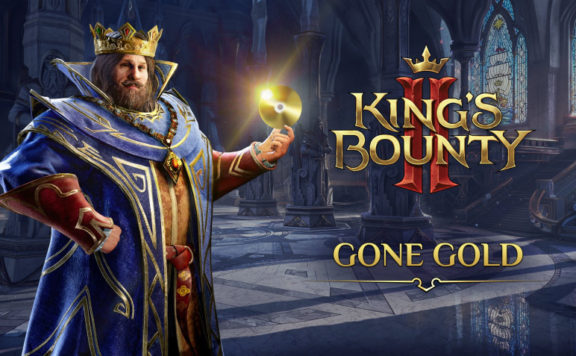 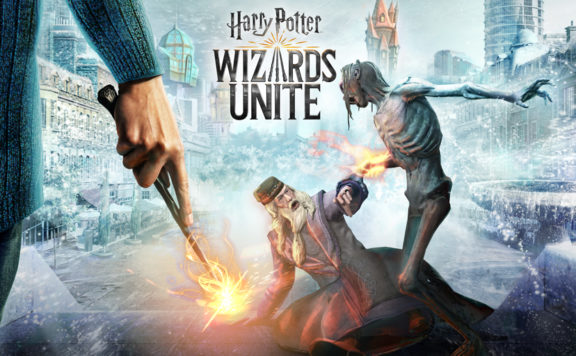