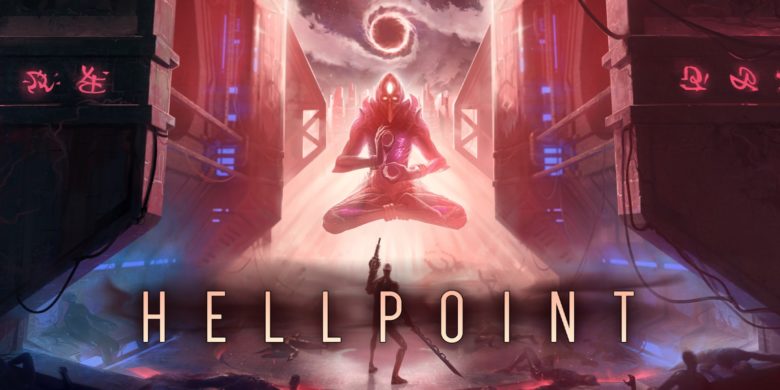 This week Nintendo Switch is getting a great number of new titles to keep the console owners entertained. Below you can find the list of the hottest new games coming to the platform between February 24 and February 26. If you want to check out the full list of new releases, proceed to the official Nintendo site.

iota is a hardcore, precision platformer with one important difference: there is no jump button. instead, you will bounce up and down, left and right as you struggle over and over again to reach the next trial. do you have what it takes? can you beat iota?

There are no powerups. no special abilities. no boss fights. Just you. Your will. Your determination. 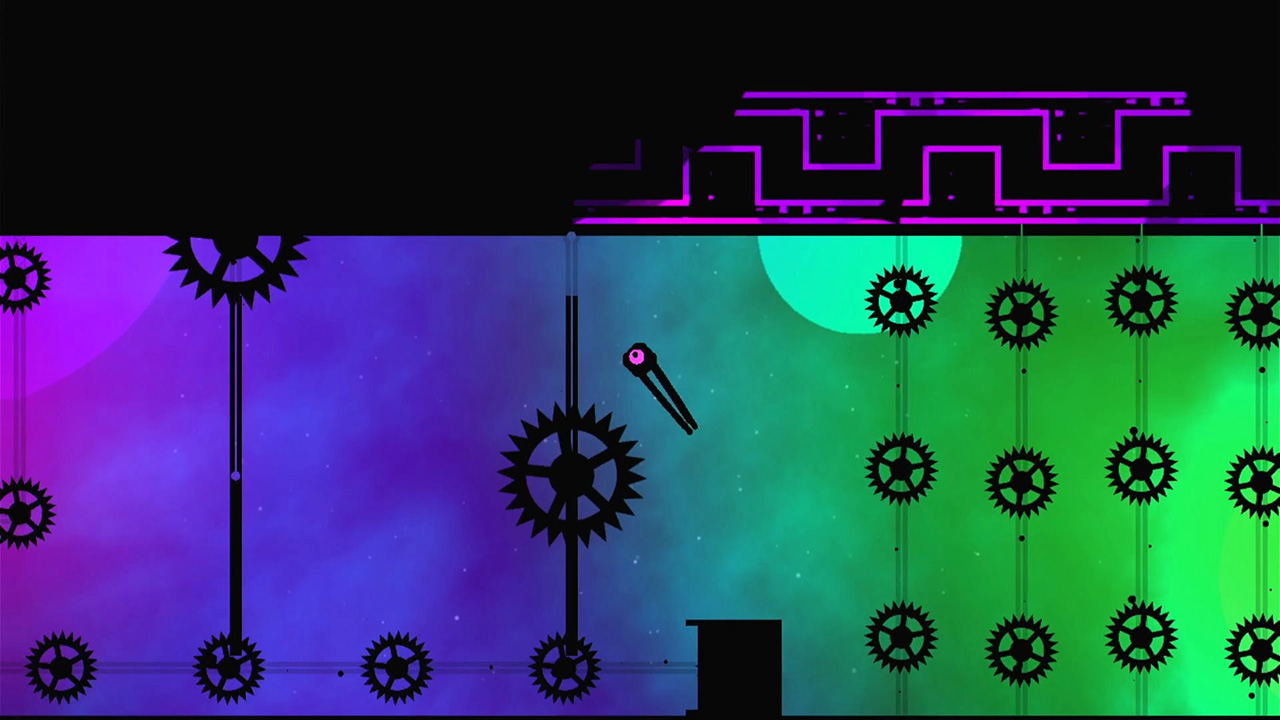 When a ghost tour goes horribly wrong, Freya and her friends find themselves in a strange and unforgiving alternate world, one that desires their death. Take the role of Freya as she seeks a way out and discovers the ability to rewind time, giving her a chance to test new paths and make different decisions in a bid for their survival.

Explore an atmospheric realm of mystery that blends pixel art gameplay with hand-painted character portraits. Solve logic-based puzzles and overcome pulse-pounding action sequences, uncover secrets about the sinister parallel dimension and explore deep relationships with Freya’s companions. Will the terror of this experience bring the survivors closer together or tear them apart forever?

The world has already been saved. Now it’s time to rebuild your town, master new hobbies, and forge lifelong friendships in this peaceful and relaxing RPG.

Explore the vast world of Solemn. Enchanted Forests, Bustling Fishing Towns, & Dark Mining Caves are some of the few places to visit. Meet Townsfolk and convince them to stay in your town. Perhaps meeting people will unlock your memories of the past… Collect rare items and materials found across the world and bring them back to your town for selling and crafting!

Everything is out to get poor Mike. Portals that slice him to bits. Demons with giant swords. Scary eyeballs. Killer statues. And other, horrible things, that we can’t mention in this family-friendly description.

Only your platforming skills can keep Mike alive!

Hellpoint is a dark and challenging action RPG set in a heavily atmospheric sci-fi universe where the line between science and occult is blurred.

Once a glorious pinnacle of human achievement, the Irid Novo station is now devastated, completely overrun by evil interdimensional entities and dominated by the will of malevolent Cosmic Gods.

You are a creation of the cryptic Author, crafted and sent to investigate Irid Novo in an attempt to figure out the unholy series of events that led to the strange incident known as The Merge.

Forward To The Sky

This fun action-adventure game is full of puzzles.

To defeat the legendary witch and become a hero, the princess must ride a hot air balloon into the sky tower. The tower’s lore states that collecting the crystals will uncover the tower’s history and reveal the witch’s lair. The princess, a tomboy despised as a nuisance, fights through the tower and the monsters that fill it with her huge sword to get back at those around her.

A catastrophic flood split the world into two.

The Heights, a gorgeous utopia. The Depths, a filthy industrial wasteland.

The people of the Heights, who were privileged to escape the disaster look at the survivors they have abandoned in the Depths with disdain. Our heroine, Cyrus Tistella, born and raised in the Heights, has nothing but contempt for those from the Depths.

To the people of the Heights, the Depths is a prison where sinners are banished. A land where the lowly dwell. Without ever involving with the Depths, Cyrus lives her life as a police officer in the Heights, protecting the people with faith in her sense of justice.

One day, on an observation mission, Cyrus travelled with her partner, Fin, to the area of the Depths where criminals from the Heights were kept. As Cyrus descend to that unknown world, the gears of her fate has begun to turn…

Relax, looking for hidden objects in gorgeous, hand-painted scenery. Under Leaves will take you on a journey around the world where you’ll discover charming animals.

On your journey you’ll find yourself in the land of ice, stop in the sultry jungle or dive under the water. 9 locations scattered around the world are waiting for you. All nature lovers will be charmed by 29 animated animals from all over the world. A polar bear, a big-eyed owl, a turtle or a parrot—they need a bit of your help.

Demon’s Rise: Lords of Chaos is a turn-based, tactical RPG set in a brutal and unforgiving fantasy world. Taking place amidst a horrific war in the cold north, the campaign will see your party fight innumerable enemies, huge monsters and powerful sorcerers. Victory will require the tactical use of terrain, morale, formations and magic.

Build an increasingly powerful war band, command demonic allies, and crush those that stand against you.

Discover a new yuletide tale as the Steel City is covered in a blanket of white.

Strengthen one relationship or choose to court multiple gentlemen at the same time to let chaos reign!

Uncover fresh intrigue as Cardia delves into the mysteries of her own family and the dashing suitors.

Watch as this nostalgic yet completely reimagined storybook world unravels before your very eyes.

Taking cues from both Ghosts ‘n Goblins and Ghouls ‘n Ghosts and giving birth to something entirely new, Resurrection is a title worthy of its name.

Don’t be fooled—this picturesque storybook world, while gorgeous, is a love-letter to the original titles and maintains the same punishing gameplay that fans have come to expect. So go on and test your mettle, for the gauntlet has been thrown!

Aery – A Journey Beyond Time

In Aery – A Journey Beyond Time you are in the role of a flying god-like creature which observes the world and their inhabitants while they grow and evolve.

You can quite literally fly through history and the different stages of human development, follow an interesting story through time, and enjoy the speed of flying at the same time.

This story-driven game is non-violent so that you can enjoy the intuitive and relaxing gameplay in 12 different stages of the development of our earth.

Explore a new world as you fight for survival with your customized team of heroes in the Bravely Default II game, a strikingly beautiful RPG adventure. Balance risk and reward in turn-based battles with the Brave and Default commands.

Use the Brave command to spend Brave Points and string together up to four actions you can perform in a single turn. Use the Default command to bank your action for that turn—and earn a Brave Point for doing so.

Kata – a way or form to memorize and improve combat moves”

Katana Kata – is a souls-like game, where not only your timing matters, but also directions of strikes.

You will fight your way through a bunch of enemies on different locations to kill the former apprentices of your master and fix his mistakes of the past. You will die a lot, but as any apprentice learn their way through the kata with mistakes, you will learn your way through every enemy on your path. You will try different weapons until you find what better suits your fighting style. Your fighting skills will grow, but true mastery is in your head in knowing your enemies and nuances of fight.

Written by
Catherine Daro
While growing up in the wilds of Russia, Catherine learned to talk, write and game at almost the same time. You can follow her attempts at latter two at MMORPG.com and GameSpace.
Previous ArticlePokemon Go – Season of Legends Begins March 1stNext ArticleAward-Winning Raji: An Ancient Epic Gets a Switch Demo