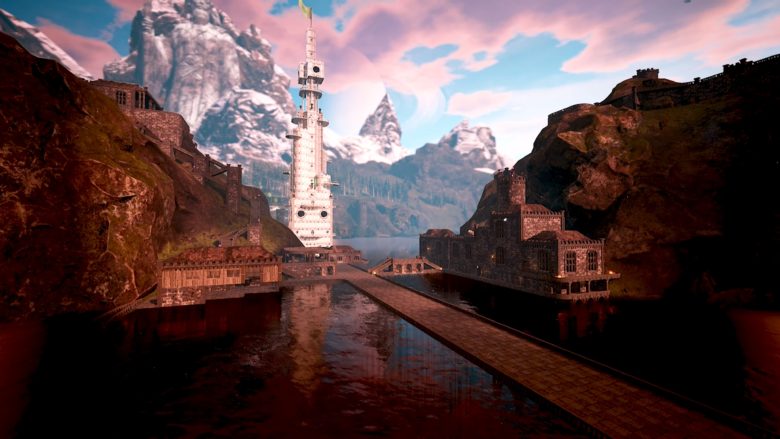 Blue Isle Studios has announced that its magical open-world sandbox RPG, Citadel: Forged With Fire, is ready for launch this fall. While the PC version has been in early access for a couple of years, October 11th will mark its full retail release. In addition to the PC version, Blue Isle will be launching the PlayStation 4 and Xbox One versions on the same day. The game will be available in both physical and digital forms.

Citadel: Forged With Fire is filled with magic as budding wizards learn to master the art of spellcasting, spell-crafting, and broomstick riding while taking advantage of the massive building capabilities of the game.

“With three major content updates and more than 90 patches, we worked directly with the community during Early Access to ensure that Citadel was massive in scale and rich with content in preparation for its full launch,” said Alex Tintor, managing director of Blue Isle Studios. “Three huge boss dungeons, the refinement of our broomstick flight and addition of the Broomstick Sports combined with enhancements to our spell crafting system will envelop players into this magical realm.”

Some of the features include:

Written by
Suzie Ford
Suzie is an avid gamer and has been since 1995. She lives in the desert with her own personal minion while dreaming of pixel worlds beyond Earth.
Previous ArticleFantasy Strike ReviewNext ArticleTori Toys Are Clever Child’s Play