Founded by ex-Irrational devs, Uppercut Games is bringing City of Brass to PS4, XB1, and PC later this year.  Billed as a roguelite, but built in Unreal 4, City of Brass looks pretty damned interesting. In the absence of Prince of Persia from Ubisoft, we can use more games in this setting. Not only that, but the mechanics seem sound and the visuals are certainly appealing.

And on top of that, anything Irrational developers are now making with a new studio immediately has our attention. Here’s hoping this one turns out as interesting as it looks.

From the official City of Brass site:

Leaping from the pages of the Arabian Nights, adventure awaits in the accursed City of Brass – a place of legend, filled with danger and reward. Infested with mischievous spirits and deadly traps, its shifting streets are brimming with the wealth of a nation.

Assume the role of a cunning thief, battling to reach a fabled treasure at the city’s heart, wielding a blade and whip that can be used to disarm, trip or stun enemies, to swing to safety, grab inaccessible objects or even break through flimsy barricades.

Leap across pits, slide under blades, dodge spears, and sidestep poison gas traps – all the while manipulating hazards to your advantage against diverse spirit foes. 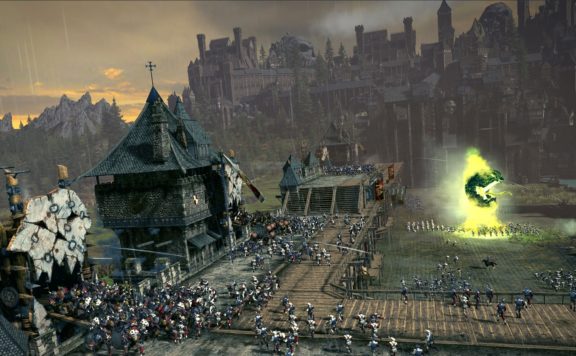