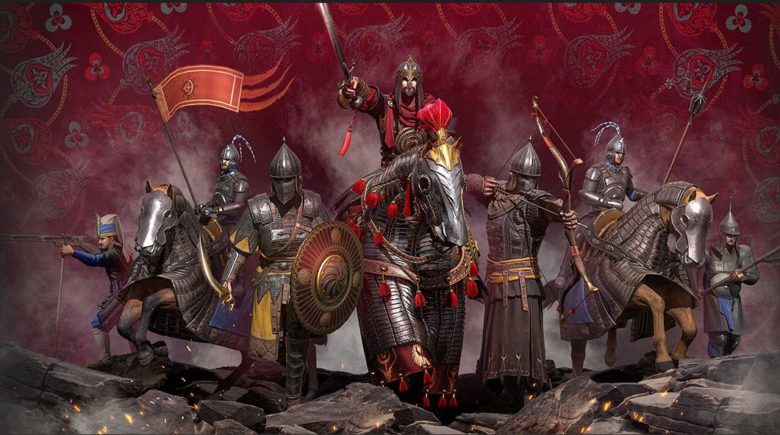 Bathe in victory and fight for the Blood of The Empire as Conqueror’s blade begins a brand new season of the popular MMORPG today.

Available right now, the latest addition to Conqueror’s Blade is going to find players once again fighting for honour glory and territory as the forces of the Anadolou Empire arrive in this popular MMORPG. This free update to the online medieval territory war now faces a whole slew of trouble as the great Sultan Fatih Suleyman IV, drags his armies into battle and prepares to overrun everything you and your guild hold dear.

Fiercely loyal and honed in the fires of battle, the Anadolou Empire isn’t the only thing coming to Conqueror’s Blade over the course of Season IV. As this imposing army marches towards the Conqueror’s City, two new battlefields will open up for commanders to test their prowess. The nigh-impregnable fortress city of Reginopolis has stood the test of time, but you can overcome its defences as this entrenched target enters Siege Battle rotation today. Later, on August 18, engage in Field Battles By Land and Sea as the Sultan’s focus shifts to seizing golden bays and harbours.

In order to take on these new challenges, players can recruit a range of new units to flesh out their armies. Complete season wide challenges and you’ll unlock the following:

With Conqueror’s Blade Season IV: Blood Of The Empire now live, generals can grab a new season pass for extra shiny loot, emotes, and attire. We’re itching to get out on the front lines and blow something up so head over to the Conqueror’s Blade website to check out all the detail now while we find our horse.

Written by
Ed Orr
For those of you who I’ve not met yet, my name is Ed. After an early indoctrination into PC gaming, years adrift on the unwashed internet, running a successful guild, and testing video games, I turned my hand to writing about them. Now, you will find me squawking across a multitude of sites and even getting to play games now and then
Previous ArticleTonor TC-777 USB Microphone Review – The Best Start For New StreamersNext ArticleXbox Summer Game Fest Demo Event Starts Today!