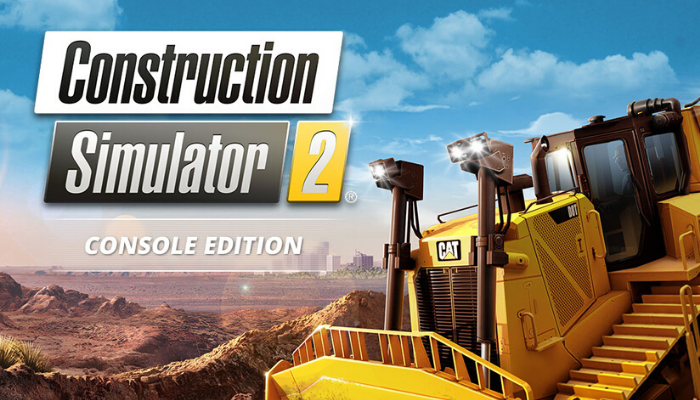 The Keys To This Game

Now is the perfect time to remember a key to enjoying a simulator game is knowing first that it’s going to be repetitive in some way. However, it’s finding the most seamless strategy to achieve as much as you can as efficiently as possible that makes a simulator exciting.

Next to this, one of the main keys to enjoying a Nintendo Switch game is forgetting about your preference for keyboard over console then being able to navigate a game as a handheld vs via your television screen without any loss of enjoyment. Unfortunately, as soon as you start playing during the very lengthy tutorial you find out that steering large vehicles in Construction Simulator 2 isn’t easy.

Before going into detail on that though, what is equally brilliant about Construction Simulator 2 is the open-world concept it also delivers from the get-go. Via your in-game map, you are able to open regions. These regions have their own construction company headquarters which you can purchase upgrades for and are also one of the many carrots dangled as an incentive for you to play because you unlock more regions as you progress.

Each region is diverse, along with 40 different construction vehicles giving a large range of variety.  You also have the option to do construction jobs. There are over 60 construction jobs offering a healthy amount of content to discover. Being a fan of building in games, construction is how I have spent a bulk of my time so far with construction jobs taking an hour or so to do leaving me confident that I have a lot to enjoy for some time BUT about that steering issue…. 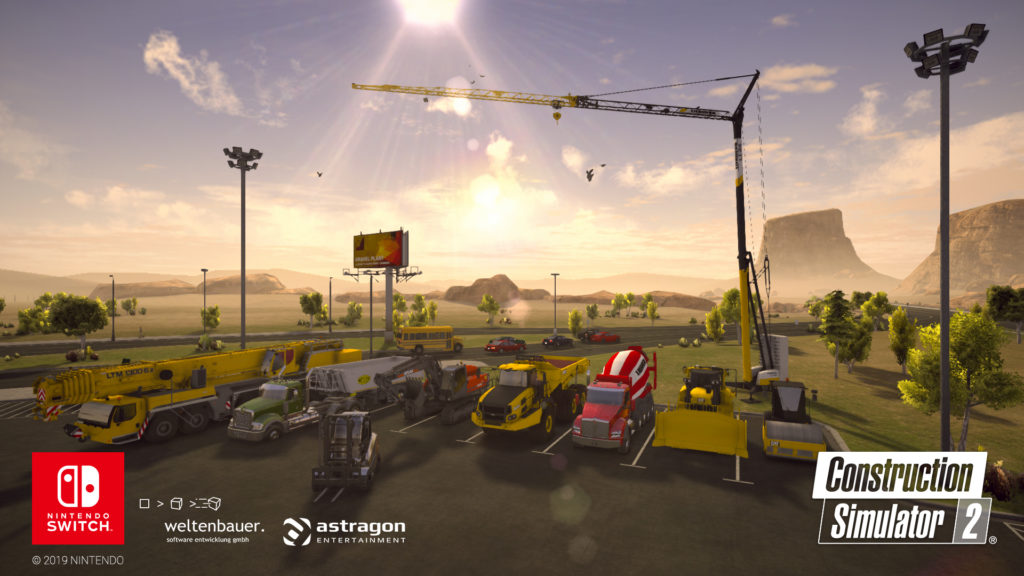 The Reality Of Construction Simulator 2

The amount of realistic features that include day and night cycles, traffic lights and company penalties if you collide with other vehicles makes up for a fraction of the issues I had driving and backing into spaces using Nintendo Switch joycons. That being said the game performed beautifully and I didn’t have camera issues as I mainly played as a handheld where you can touch the screen.

So I pushed through looking for that “simulator zen zone” where the world and all its worries with it just melt away which lead me to find out about in-game challenges you can complete for extra cash, supplies and being able to get bank loans. Streamlining the economic game in Construction Simulator 2 is where I was able to really relax and not have to think about the driving part. In fact, I am now curious if I can complete every region and challenge or collect every vehicle without needing to drive! I know, wishful thinking!

With all these factors in mind, the real question about this game is who is it made for? Burly truck drivers, hard hat-wearing builders or hardcore Nintendo Switch fans?

I am none of these awesome things. Construction Simulator 2 is also made for the adventuring soul who likes to have options that progress. Wrapped up in juggling economics and creating supply and demand while driving between regions this game also requires folks that have a higher level of patience because there is more depth, longer tasks and enjoyable challenges than any other simulator you may have played.

Tags: building management sim, building sim, construction, construction sim, construction simulator 2, review, sim, simulator
Summary
Construction Simulator 2 is a surprise package wrapped in hours of content that has depth, enjoyment and a sense of accomplishment to complete which I really wasn't expecting for this price point. That being said (in case it isn't obvious by now...) I would enjoy Construction Simulator 2 even more if I didn't have the steering difficulty on a Nintendo Switch. On top of this, the art and environmental design of the whole game really makes for a realistic experience I think anyone who plays this game is going to be pleasantly surprised by.
Good
Bad
7.8
Good