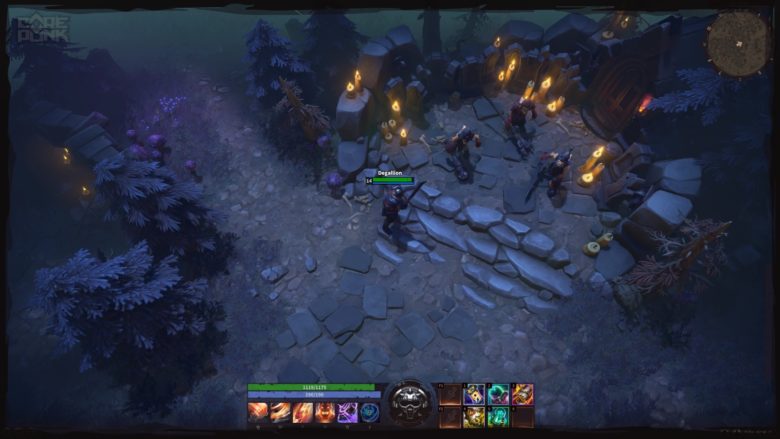 For anybody who was watching the internet back in December might have noticed a brand new MMORPG appear completely out of nowhere. Developer Artificial Core is ready to set the MMO world aflame again with Corepunk, an upcoming MMORPG set in “an open-world immersive sci-fi universe”. Blending a completely seamless world with a striking aesthetic style, Corepunk looks like it took one look at Wildstar and decided that it could look even cooler. It isn’t just quirky animations and detailed environments either. Corepunk has a massive world, full of lore and adventure. Don’t believe us, check out the announcement trailer. Before you get lost in the fog of war that shrouds most of the game world, we found a little time to get some respite,  check-in and grab a quick interview with the developers of Corepunk.

Gamespace: For anybody who hasn’t seen the announcement trailer, What is Corepunk and how do you even describe this MMO?

Corepunk is a top-down MMORPG in a seamless open world with fog-of-war for endless exploration. It’s set in a persistent fictional universe and inhabited by four main unique cultures: Elaniens, Faidens, Quaddari, and Yorners. In PvP, the top-down view and fog-of-war give rise to new tactics and strategies: ambushing, rushing from out of nowhere, luring foes to a band hidden in the shadows. By controlling the distance between you and your enemy, keeping an eye on your abilities’ cooldowns, and knowing each character’s strengths and weaknesses, you’ll can conquer enemies that appear to be stronger than you. Victories against other players are rewarded through the Honor Points system. A karma system prevents weaker players from being steamrolled. Corepunk also offers everything you’d expect from an MMORPG: crafting and mining professions, arenas and battlegrounds, guilds, farms, pack deliveries, quests, randomly generated dungeons, raids and profound lore. If you haven’t seen our trailer yet, we highly recommend it! 🙂

Gamespace: What was the inspiration behind the game? It seems to draw from a lot of different directions.

We are inspired to create a game that players would enjoy playing and that would provide a unique gaming experience. Also, Corepunk represents everything you’d want to see in an MMORPG game: tactical combat, an interesting and high-quality economic system, freedom to go wherever you want and do whatever you want, engaging quests, profound lore, and much more. We see our game as a place where everyone can do whatever they’re used to and love doing in an MMORPG. Whatever it is, though, it’s designed to be exciting.

Gamespace: The term “futuristic fantasy” has been used to describe the aesthetic. What’s the most outlandish fusion of those terms you’ve managed so far?

We haven’t paid it too much attention. Naturally, people are trying to find a better phrase to describe our game’s aesthetic. 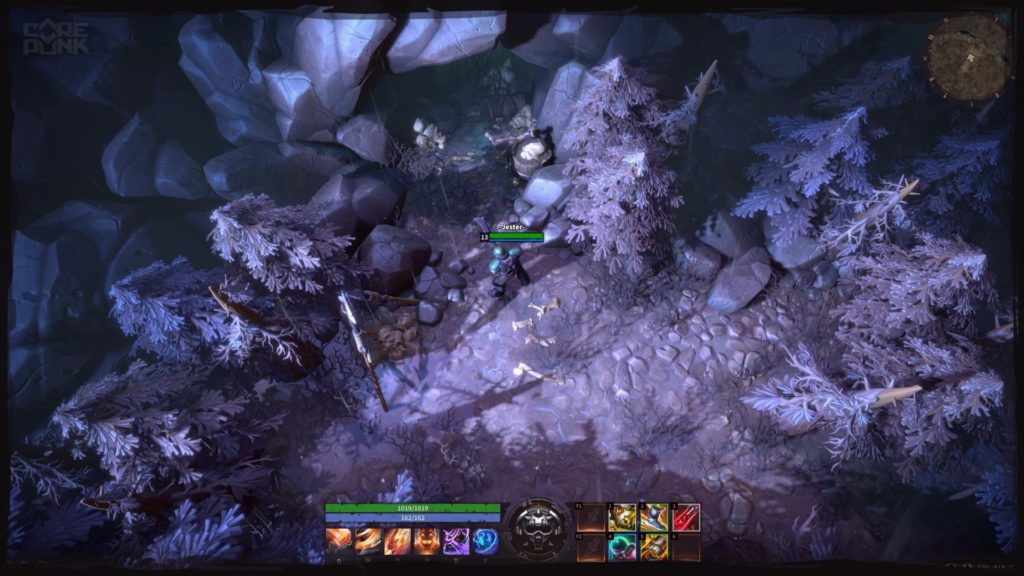 Corepunk puts together a massive world, filled with adventure and this top-down MMORPG shrouds the entire thing in a for of War. The anticipation of meeting your next nemesis or simply having something jump out of the long grass while exploring one of the icy cities of Yorner or the forests of the Elanien Kingdom make this an enticing proposition but we wanted to find out more about what it takes to construct a world that is quite so diverse.

There is a common view that the MMORPG genre is dying. Well, we disagree with this statement. In fact, we do believe that the MMORPG genre is a leader of all other genres. We are HUGE fans of it, and that was the main reason why we decided to make Corepunk. Corepunk can’t be defined as an ARPG since we took an isometric camera and, partly, itemization from the ARPG genre. Everything else is entirely compatible with the classic MMORPG canons (in our understanding). Big open world, quests, high-end PvE and PvP content, social aspect of the game, etc. By the way, we do like ARPG hack and slash games, but you can’t make a good MMORPG with such a combat system because it can’t go along with a great PvE and PvP experience.

Gamespace: The game seems pretty expansive, how much world is there hidden among the fog of war?

It’s hard to tell how big the world is… But it’s big enough for a solo player with a lot of practically uninhabited places to discover if you prefer to keep a distance from other players. 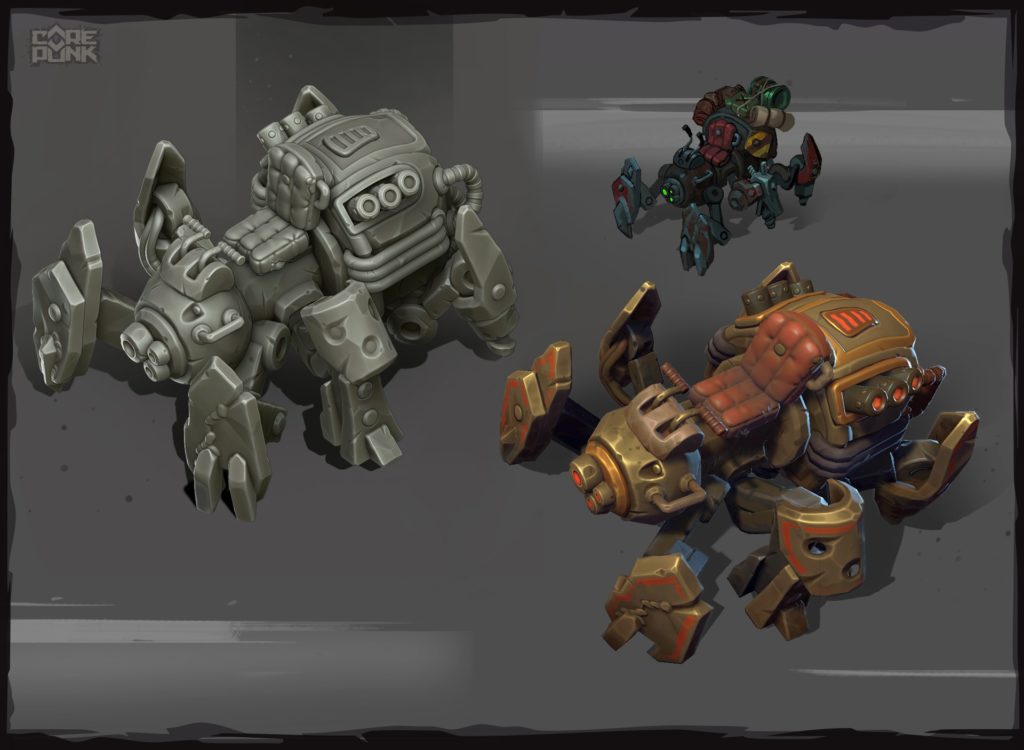 Gamesapce: How different is each player’s experience likely to be as they explore this world? Space fetch quests are still fetch quests after all?

We see our game as a place where everyone can do whatever they’re used to and love doing in an MMORPG. We want to establish honest rules in the game, without obligating anyone or limiting their choices. Our goal is for players to play how they want to and not to be compelled by the game to play in a certain way. So a player’s experience will depend on their playing style and goal in the game. We don’t want to put the player in a position where they won’t have a choice between grinding and quest completing to reach the cap level. Grinding is certainly great, but we make sure there are alternative ways of leveling. Those who love quests will definitely find a lot to do. We as developers love choices, consequences, unexpected turn of events, diversity, humor (including dark humor), and the story behind each character. Many of these characters successfully survived in Kwalat, and if they are entrusting one to take care of some unimportant task – such as the extermination of rats in a basement – perhaps this is a trick. Or maybe this is a test followed by a significant job. We don’t like quests just for the sake of “gold” and “experience”. The chosen ones. Moralization. In this world, there is no unifying morality! We do everything so that quests become intriguing. We hope players will like it. Besides, by completing new series of quests, you will learn more about the world of Corepunk 🙂 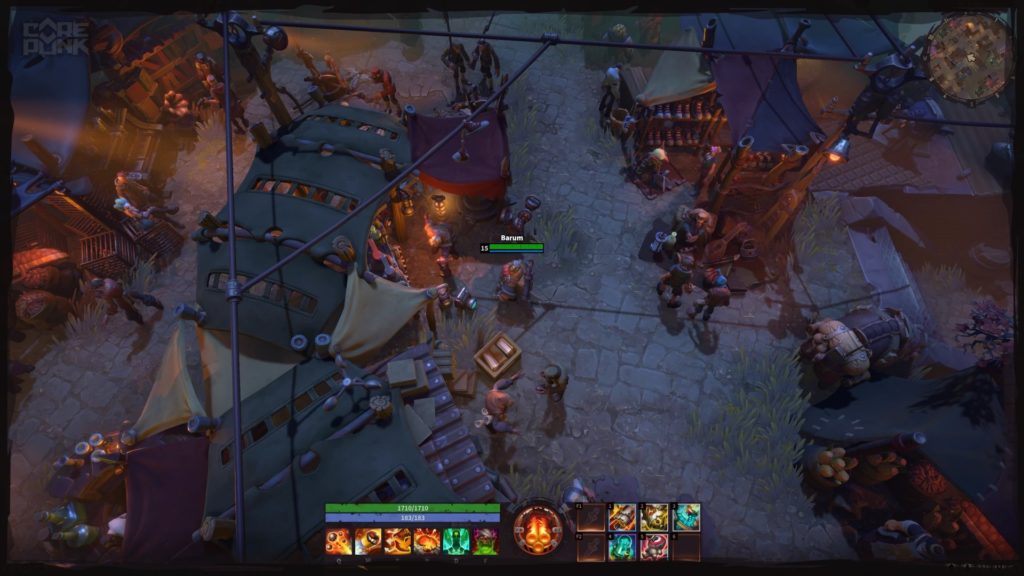 Gamespace: Why create an open world rather than build into an instanced environment that we might expect from top down RPGs?

We think that an open world is the only right way for an MMORPG. Technically, creating an open world is much harder than a world with instances, but it is totally worth it. Instances are limiting greatly your social experience, and with loading screens, you can’t feel the atmosphere of the game in its full beauty.

Beta and What’s To Come

Gamespace: Crafting MMORPG is a huge endeavor, what lessons have you learned along the way in your own careers that you bring to this project?

The most important thing is to make a high-quality game. This is precisely what we plan to implement in Corepunk.

Gamespace: What can we expect to see in beta?

We don’t want to give any promises right now. It’s important for us to make a good quality game where players can enjoy spending their time. It’s our top priority. We certainly will explain later what you can expect to find in the game before the start of OBT. And then you can decide for yourself whether to play it or not. But now we are more concentrated on actual development. 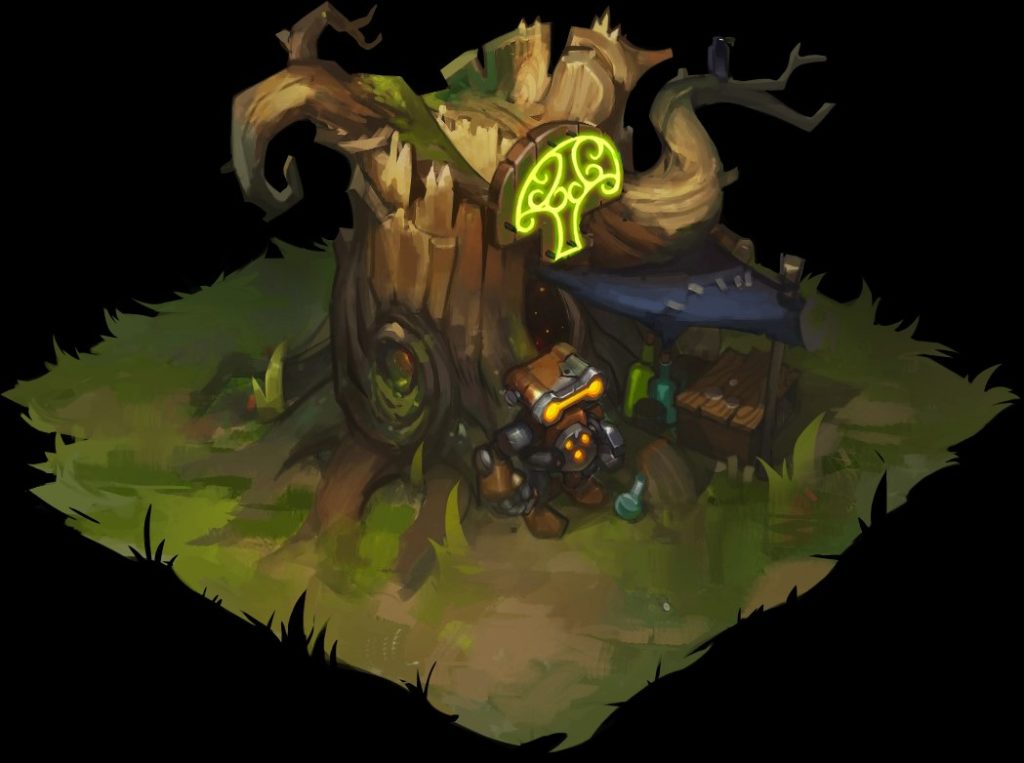 Gamespace: What are you personally hoping for out of the beta ?

We hope that during the Beta, we’ll collect as much data and feedback from players as possible, which we can use to polish the game that meets our quality standards. We also want to examine all of our implemented systems.

While we haven’t got a timescale for the launch of Corepunk’s OBT phase, we do know from previous news that it is scheduled to hit sometime this year. Whether you’re ready to take on the future in the arena, jump into a randomly generated dungeon, or go full eCommerce PvP then Corepunk is likely to have something for you. We’re tooling up for the first spaceship out to beta testing and will bring you our impression and further Corepunk developer interviews and updates as soon as we can. For now, keep an eye on the official Corepunk website for more information on this new MMORPG.

Written by
Ed Orr
For those of you who I’ve not met yet, my name is Ed. After an early indoctrination into PC gaming, years adrift on the unwashed internet, running a successful guild, and testing video games, I turned my hand to writing about them. Now, you will find me squawking across a multitude of sites and even getting to play games now and then
Previous ArticleBlack Desert Mobile players can check out the Dark KnightNext ArticleBioShock: The Collection coming to Nintendo Switch