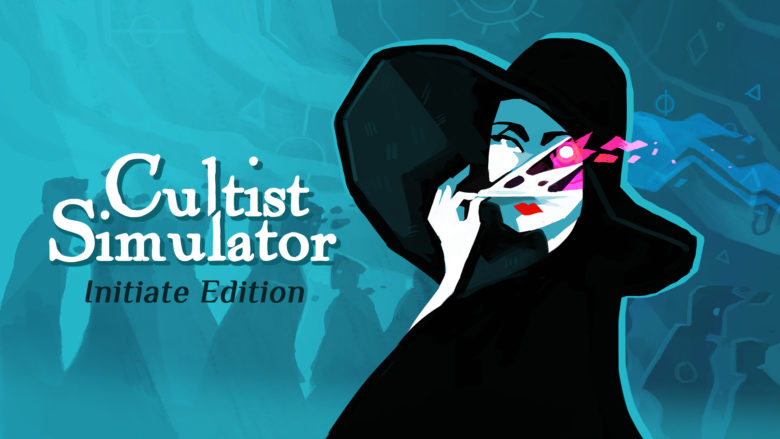 I like a gaming challenge as much as the next guy. Throw in some strategy in a card game setting and I’m even more intrigued. In some cases, there’s a fine line between “figure it out yourself” versus “gaming frustration”. I’m quite sure I’ve descended into the latter of those two categories with Playdigious‘ and Weather Factory‘s Role-Playing, Simulation, Strategy Card game for the Nintendo Switch. Welcome to our review of Cultist Simulator: Initiate Edition for the Nintendo Switch! 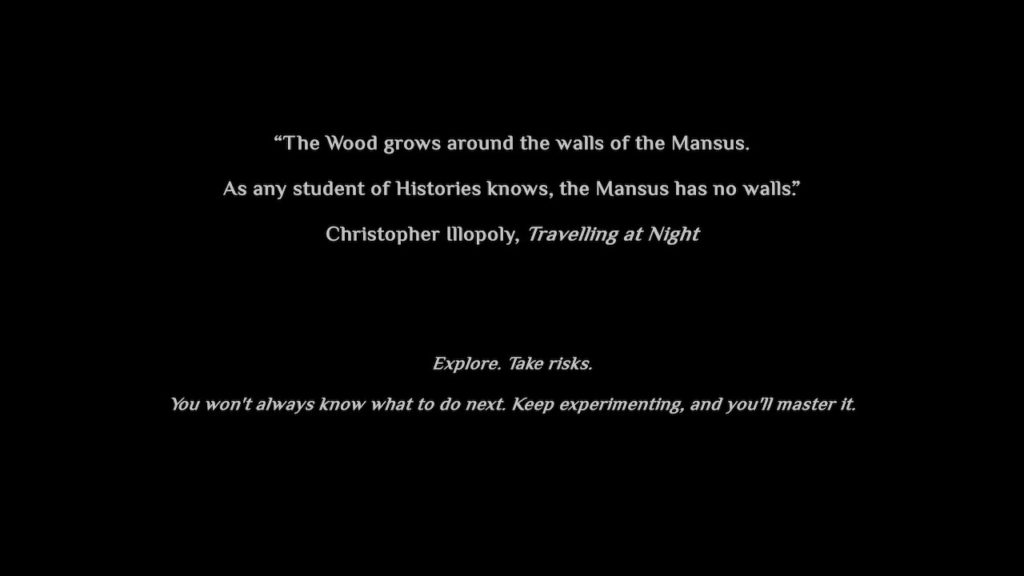 You won’t always know what to do next. No kidding!

This is the exact question I had when I fired up this card game which takes on the form of a fortune-teller or tarot card reader’s playing mat. You know you’re in for some heavy gameplay when the game’s splash screen (see above) says “Explore. Take risks. You won’t know what to do next. Keep experimenting..” and they mean it! There really is no build-up or tutorial in Cultist Simulator for what you’re supposed to do here.

Cultist Simulator is actually not a new game. It dates back to 2018 where it was released for Microsoft Windows, macOS, and Linux computer systems in May. Then followed mobile versions developed by Playdigious which released in April 2019. Given all this porting there must be a following for this game.

It’s How The Cards Read 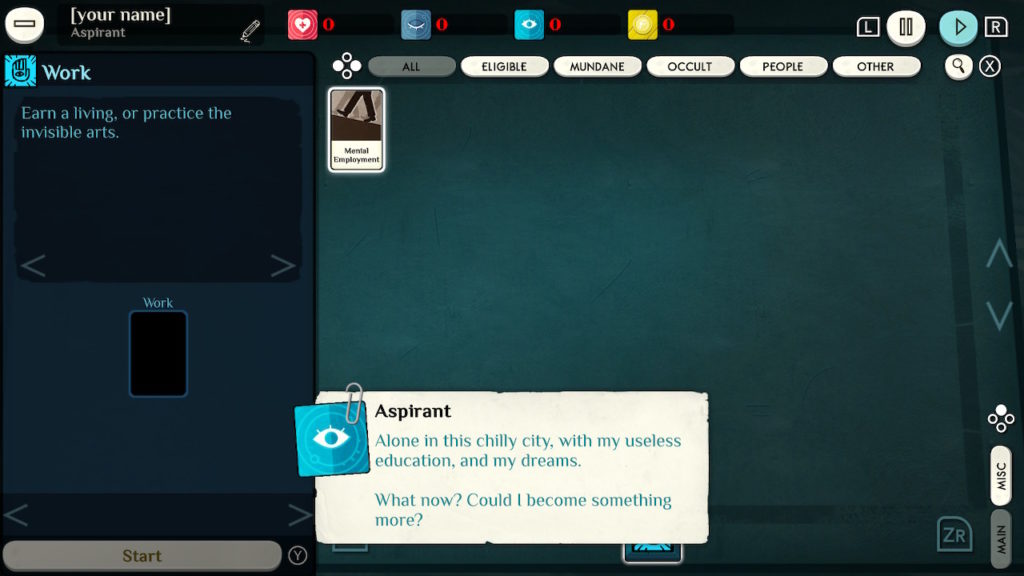 Opening table for the Aspirant legacy.

A high-level overview of how the gameplay goes is a bit like this. After choosing a “legacy”, e.g. Aspirant, you begin Cultist Simulator with just a single card on your table. You then place it in your only verb/action tile. Click “Start” and that tile’s timer starts. When the tile expires, you get the job card back and hopefully some other cards, e.g. “Funds”. As game time passes, more cards and tiles will appear, e.g. Study or Explore. You’ll dump cards into these tiles and kick-off their running clocks. Eventually, you’ll have multiple timers running. 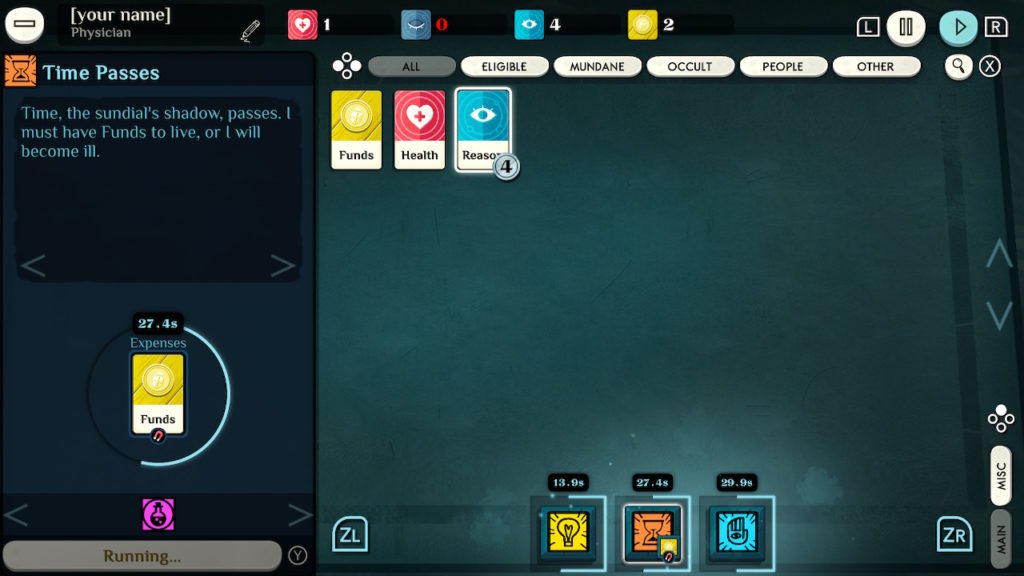 The whole process becomes a high adrenaline situation. It’s akin to the guy at the circus trying to keep a bunch of spinning plates all going at once. Sometimes the sense of urgency got to me as I felt I couldn’t afford to read all the story text being thrown at me. Thankfully, there is a “pause” button if you need to take a breather as with so much going on it can feel a bit exhausting. Eventually, an empty table will be covered with cards, provided you survive this rogue-like experience.

Death Has Come For You 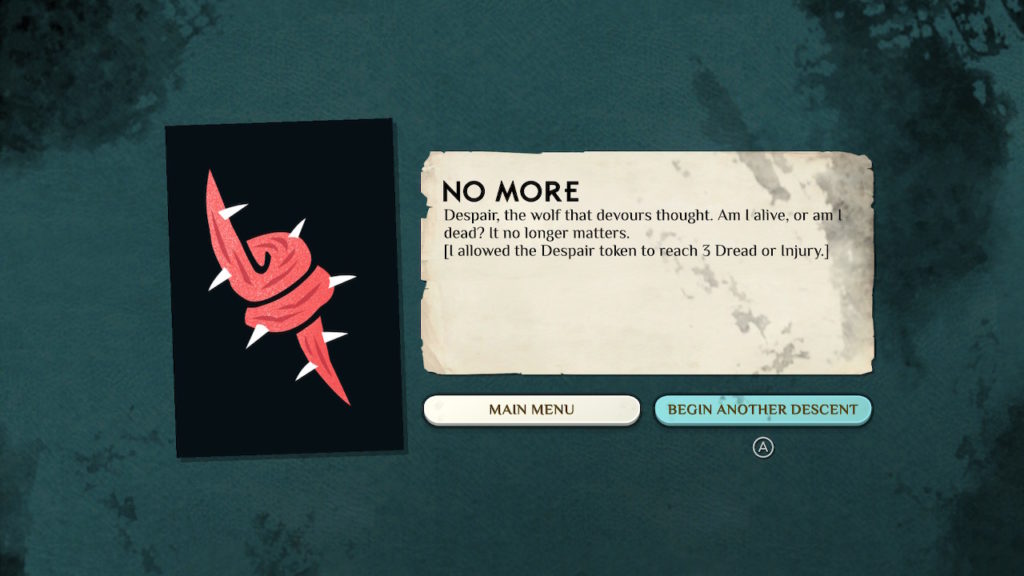 At first, you probably won’t survive long at all and will die often. All of a sudden the game will conclude with an ominous set of animations that’ll leave you wondering why. Thankfully, the “death screens” usually leave a clue as to what happened. In my case above “Dread” consumed me because I didn’t find a way to fight it off. In most cases, the reason for death was news to me. This all lends itself to the “trial and error” portion of the game, hopefully, you’re an attentive student. Depending on your likes this can be either a bit frustrating or quite charming. You’re presented with a lot of fragments of loosely coupled story information that you need to combine to lead somewhere. 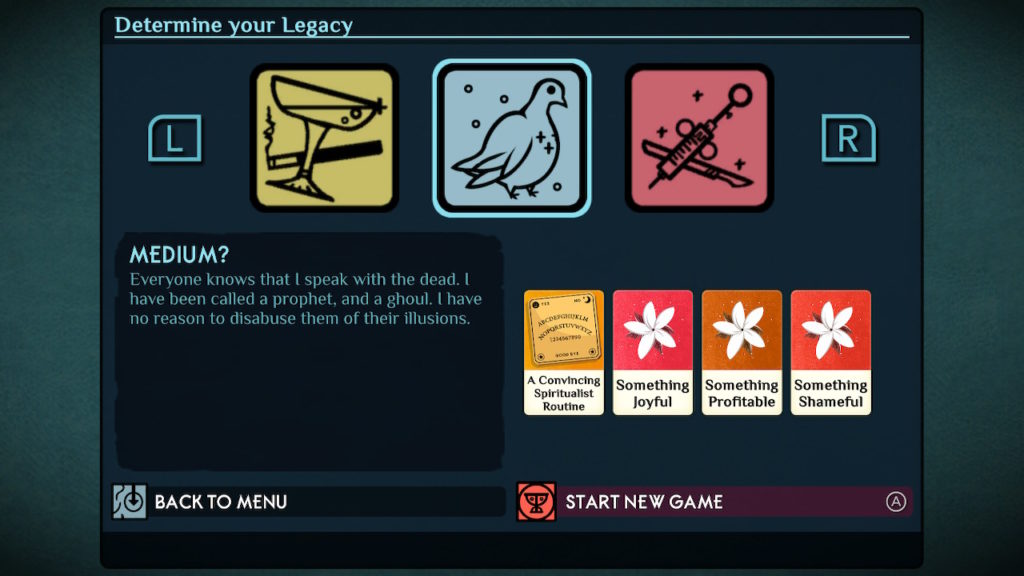 Along with dying a lot comes the starting over part.

Dying restarts you from the beginning again. Hopefully, you’ve mentally learned something from that last “run” as you choose a new starting scenario. Maybe this time you’ll begin as a physician treating a strange patient or as a medium who talks to the dead.

Eventually, as you get far enough you can start forming your cult and other fun, intriguing things. For example, you’ll begin to unlock lore via bookstores and learn some of the “unseen arts” for yourself. You will gain followers who you can send on missions. Early on as you learn the mechanics it feels a bit repetitive until you get far enough in to unveil a plethora of cards. Sessions like these can take a while and even longer if you fail a lot. 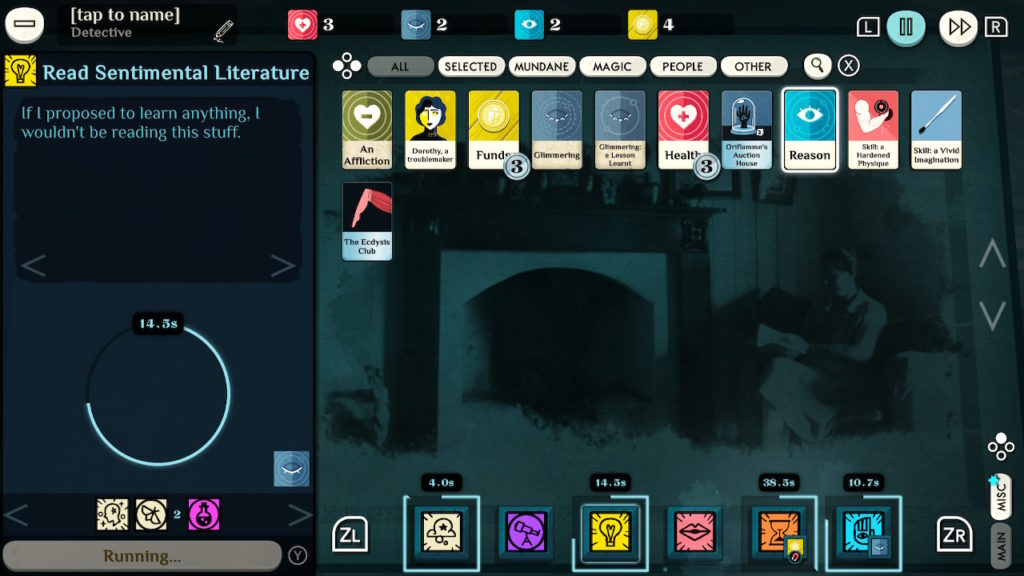 Things can get quite busy.

Tags: Cultist Simulator, Playdigious, Weather Factory
Summary
Cultist Simulator: Initiate Edition is by no means a terrible game. It's just one that lends itself to a lot of trial and error coupled with a lot of dying. It's a story-driven card game with a Lovecraftian backdrop that will please the occult/horror fiction fan, assuming you have the patience to preserve. In this day and age of instant gratification, the long wait to finally figure out how to succeed in this game might be too long for most.
Good
Bad
7
Good

Written by
Scott Jeslis
Scott is a comic book, music and gaming nerd since the late 70s. Gaming all began on the Colecovision and Atari 2600. He buys and reads new comics every Wednesday from his LCBS and helps run an online Heavy Metal radio station.
Previous ArticleCris Tales Gets A New Trailer and July Release DateNext ArticleGod Of War Gets A Next-Gen PlayStation 5 Upgrade Today