UK based developer, Three Fields Entertainment is known for “living on the edge”. Just look at their games’ catalogue which includes; Dangerous Golf, Lethal VR and a trifecta of “dangerous” driving games. The game studio is five years old and since their inception, they’ve been working towards a goal, with one thing in mind, which is their newest game, Dangerous Driving. This is our PC review of Dangerous Driving from the creative team that brought us the Burnout racing game series!

It’s no secret that Three Fields Entertainment is passionate about racing games, just check out their blog for additional proof. Dangerous Games is a racing game where being bad is good. It’s a game that allows me to reinforce what my wife has been telling me for years, “you’re a terrible driver”. It’s a game where you can “floor it”, the only way I know how to play racing games, and weave in and out of traffic and slam the other cars right off the road. All at high speed. If the game had a motto it might be stated as simple as Three Fields Entertainment has stated on their web site:

The more dangerously you drive, the faster you can go.

Dangerous Driving rewards you in speed for doing things like slamming an opponent out of the competition and scraping body paint with another racer. 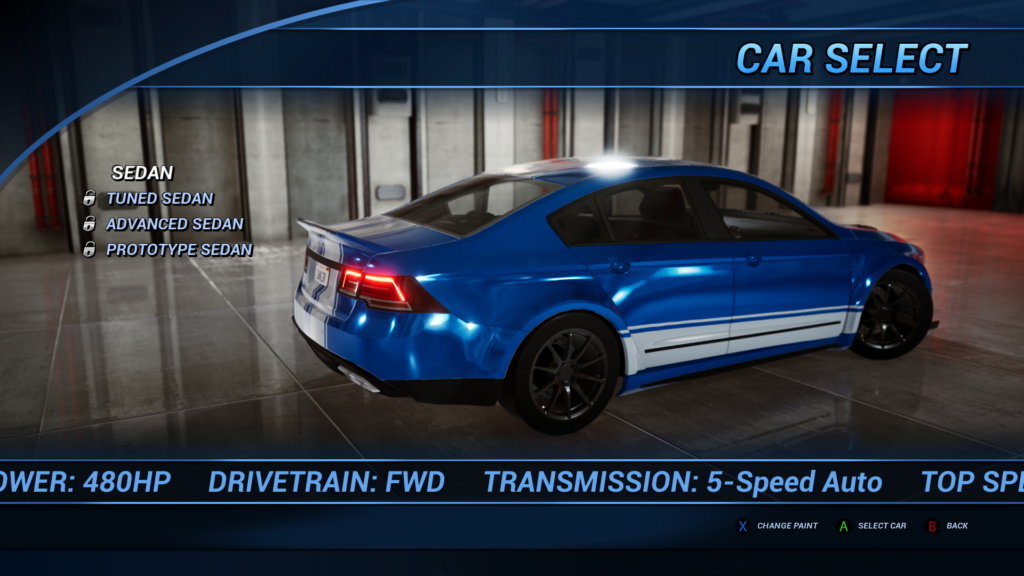 You start the game with a single relatively basic track and one choice of car, that being a sedan. There’s a lot of colour options though for that one car. From there, to move onto other tracks and cars you need to meet certain requirements to unlock those additional items, e.g. place in the top three of a given raceway. There are twenty-six vehicles to unlock which fall into six car classes with a total of thirty-one courses.

How’s The Suspension, a.k.a. Controls?

Dangerous Driving supports WASD keyboard controls but this review was done solely on an Xbox One controller which worked extremely well. Once you fill up your accelerate meter, in the bottom left corner of your screen, hitting the “A” button gives you a turbo boost of speed. Your accelerate and brake are the toggle buttons and you steer with the left stick. 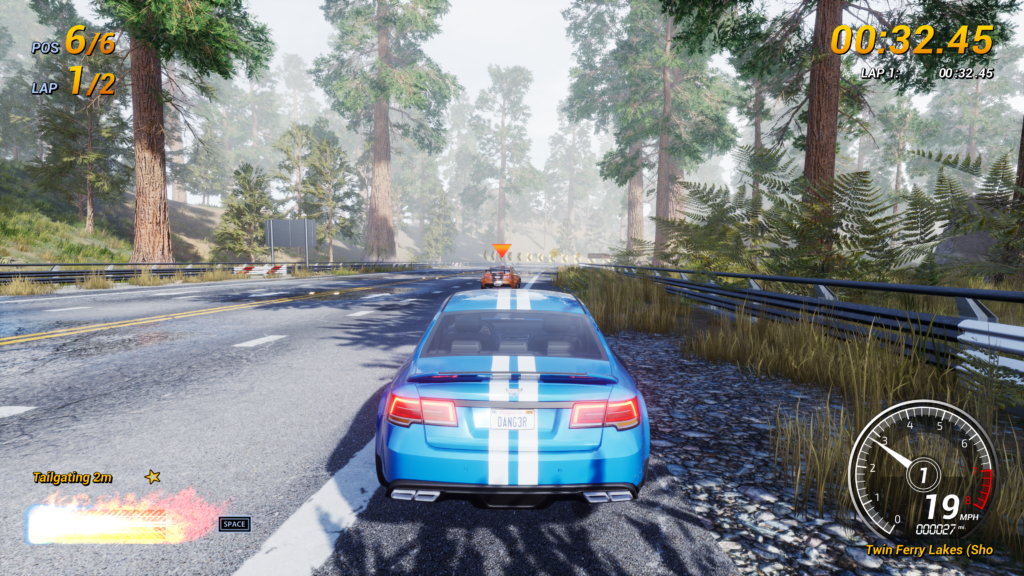 Dangerous Driving prides itself on having the widest array of racing modes found in racing games. While I wasn’t able to experience all of them the list is quite impressive. In total there are nine different single-player game modes all tied together in a sixty-nine event single-player progression.

“Eliminator” races, a sort of unique “battle royale” mode where you fight to survive over five laps. At the end of each lap the last place “finisher” is eliminated. “1 vs 1” where the other guy is in a faster car and the only way to win is to take them out as many times as possible. Then there’s the old trusty “Pursuit” mode where you play as the cops, always a favourite of my kids back in the Burnout days. “Survival” where you race against the clock and try to survive against the traffic. The goal is not to crash, encounter a single crash and its “game over dude”. “Road Rage”, a fan favourite is also back. “Road Rage” is all about taking others out! 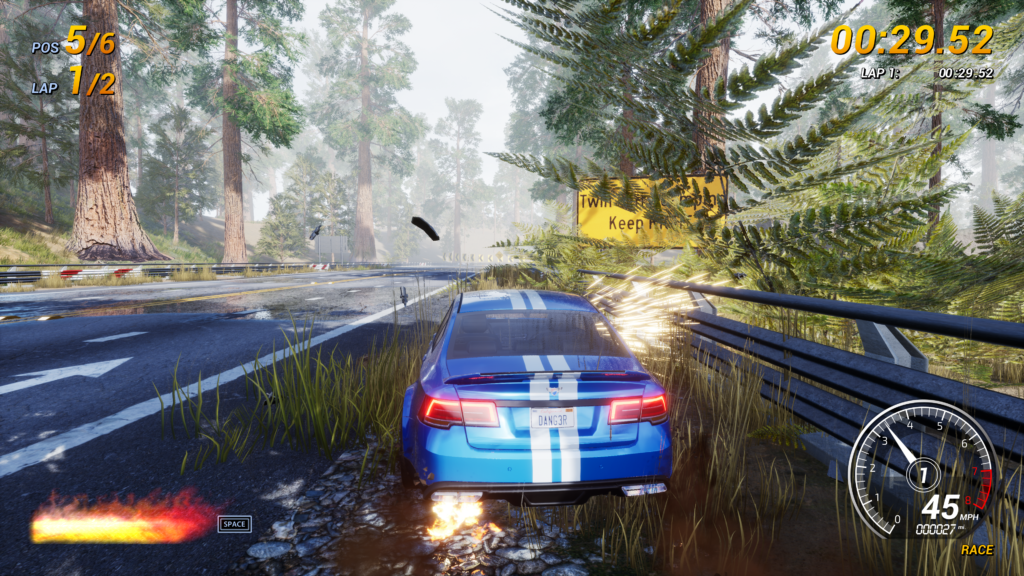 Even with all the available play modes, Dangerous Driving is filled with a lot of other cool features. Being a music fan the coolest is Spotify integration. If you’re a Premium Spotify user you can authorise your Spotify account in-game and control your music inside the game, e.g. via the D-Pad. Three Fields Entertainment has even given you their dream playlist.

Another cool feature was the “persistent wrecks”. If you end up sidelining a vehicle that “wreck” will still be there on your subsequent laps. They become another obstacle to avoid.

While online play is not currently supported it is supposed to be a forthcoming FREE DLC which should take the game to another level given all these play modes. For console players, the game also currently sports about forty trophies/achievements.

Personally, I don’t play a lot of racing games because I’m typically not very good. If you fall into this same category then the one downside in Dangerous Driving is you have to do “okay” (e.g. place in the top three) of most races to unlock additional content. A lot of times that means try, try again as you place 6th or 4th.

Tags: Burnout, Dangerous Driving, Racing Game, Three Fields Entertainment
Summary
Dangerous Driving is a fun-filled, reckless racing game that should satiate fans that hunger for more of racing classics like the Burnout series. There's also a home here for non-racing game players as well since being reckless in Dangerous Driving is not held against you! Being dangerous behind a wheel has never been so much fun!
Good
Bad
8.5
Great

UK based developer, Three Fields Entertainment is known for "living on the edge". Just look at their games' catalogue which includes; Dangerous Golf, Lethal VR and a trifecta of "dangerous" driving games. The game studio is five years old a...
10
Average User Rating
1 vote
Have Your Say!
Your Rating: 0
Submit
Write A Review
Developed By:Dangerous Driving