Back in May of 2019, we reviewed the Xbox One light-hearted graphics styled collaborative monster hunting game called Dauntless. At the time Phoenix Labs released the F2P game in “Open Beta” on PC, Xbox One and Playstation 4. Sure that’s a feat in itself but to include “cross-play”, “cross-save” functionality across all three systems was revolutionary and mind-blowing. This technology allows a player, e.g. to be on Xbox One to group with, chat with, and be guild-ed with players from the other two systems. It also allowed you to have your own accounts on all three systems and support you logging in from any three systems to access your inventory, character, etc. So Pheonix Labs figured why should Nintendo Switch players be left out of the fun? This is our review of Dauntless on the Nintendo Switch system!

No Need To Beat A Dead Charrogg! 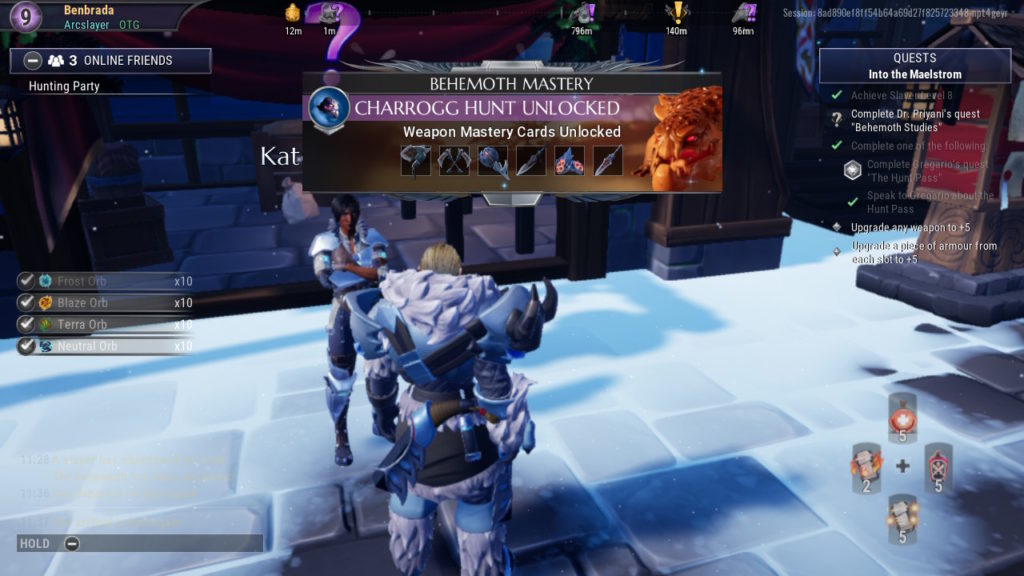 New behemoths to hunt since launch!

If you need a primer on exactly what Dauntless the game is we suggest you check out our favorable reviews from the original launch, one for the Xbox One and the other for PC (Epic Games). In this review, we’ll discuss how Dauntless plays on the Nintendo Switch as well as some other features added since day one.

Having already created accounts on the other three systems I was still a bit nervous as to what the Nintendo Switch version of a Dauntless account sign-in might entail. Thankfully, maybe in part to using the same avatar/account name everywhere, it was easy-peasy to sign-in to Dauntless on the Switch. Upon start-up, it found my existing Phoenix Labs’ account without issue and created the linkage. I was relieved to see my character, inventory, achievement progress, etc. when I finished logging in. 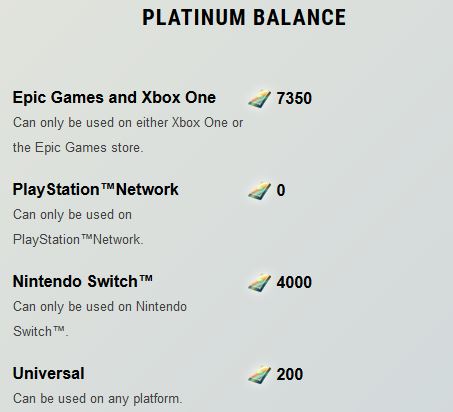 Sadly, Platinum is not cross-playable

The only exception to the cross-play rule is that real-money-transaction, i.e. Platinum, pools are tracked somewhat separately on the four systems (see above). I’m not quite clear on how to get Platinum into the “Universal” pot and a quick Internet search was unhelpful. 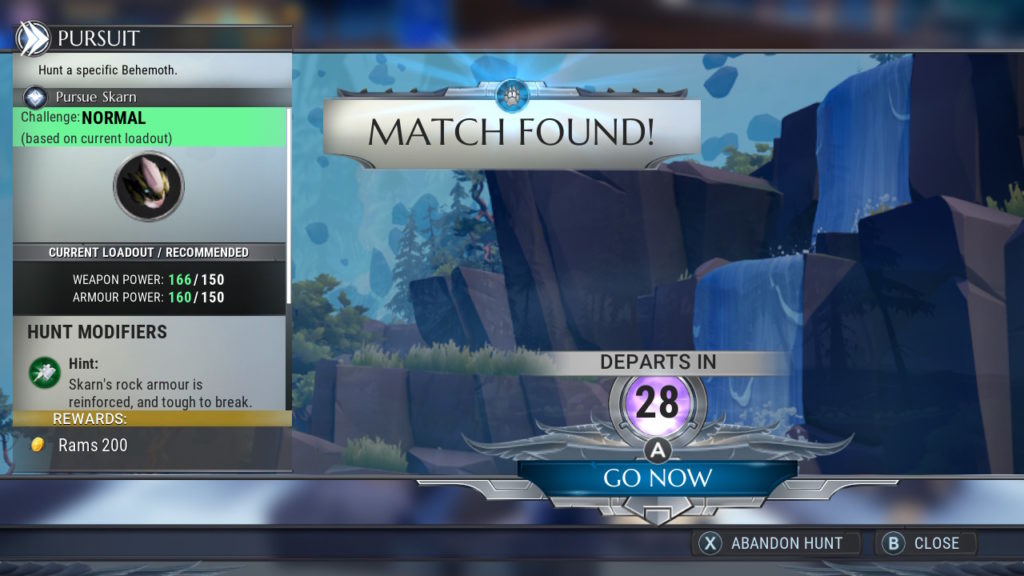 The nice thing about a match-making based game that has cross-play is the hope you’ll always find a pick-up group quickly. I’m glad to say that most of my match-making was done with-in 30-seconds which translates to a little downtime. Given the achievement-based nature of the game, players are always leveling up different weapons from entry-level XP phases. This translates into decent match-making times for even the newest player. 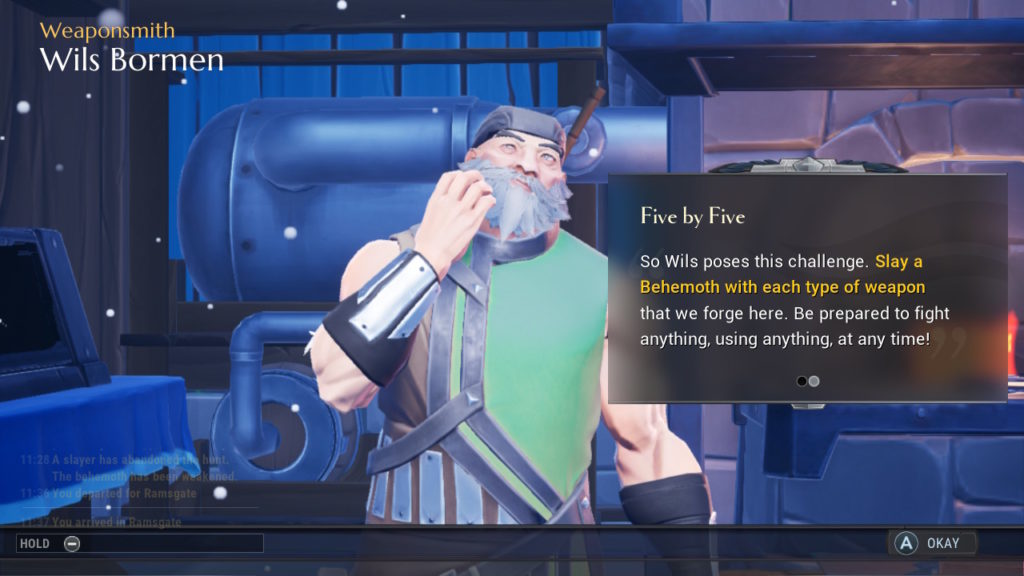 There are plenty of in-game incentives to keep new player pools populated for match-making!

There are in-game leaderboards that are shared. Looking at these it should be no surprise that there are a large number of PC based players topping those boards as that “seems” to be where the biggest concentration of players are. Even so, plenty of filters exist if you want to see how you rank in comparison to just your system. 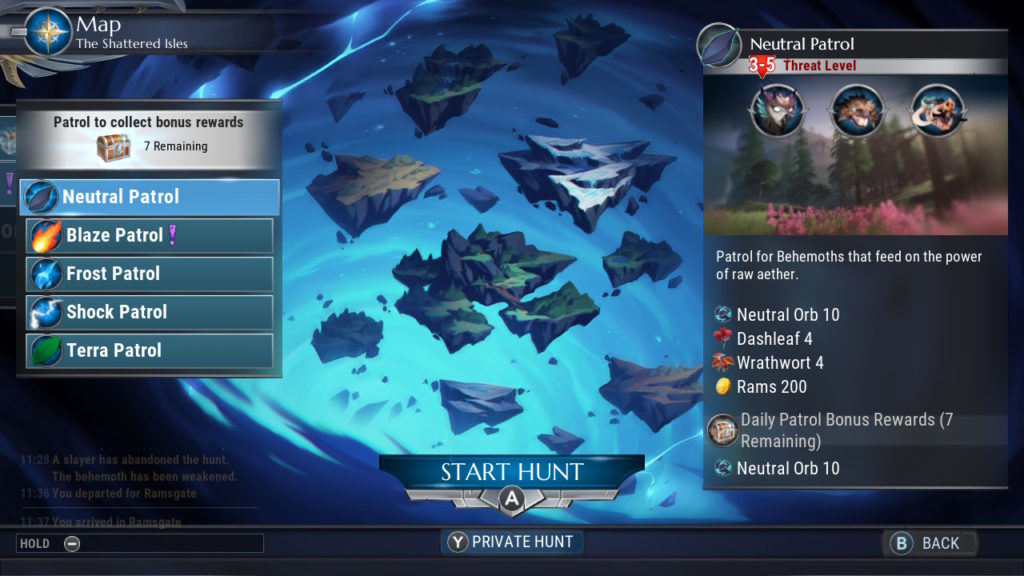 This is not the hunt you’re looking for

Having played on all the systems there was no reason not to play on the Nintendo Switch other than some occasional FPS drop rates that occurred in Ramsgate (main player town hub). I chalk this up to the Nintendo Switch being the newest of the consoles and assume some performance tweaking by Phoenix Labs will fix this. Given the slightly cartoonish renderings of the graphics, it looked as good on the Nintendo Switch as anywhere else. Of course, there’s always the benefit of playing on-the-go wherever wi-fi is available.

Otherwise, the game played well in docked and undocked mode. For action games like this, I prefer my Nintendo Switch Pro Controller over the Joy-con. Even so, while undocked the joy-cons were adequate to get the hunt completed.

One nice new feature added was improved Huntboard details. Behemoth strengths and weaknesses are now viewable from the hunt board that should help you properly gear for a hunt. On the cosmetics side, a third dye-able region was also added to armor in addition to adding hair tints. 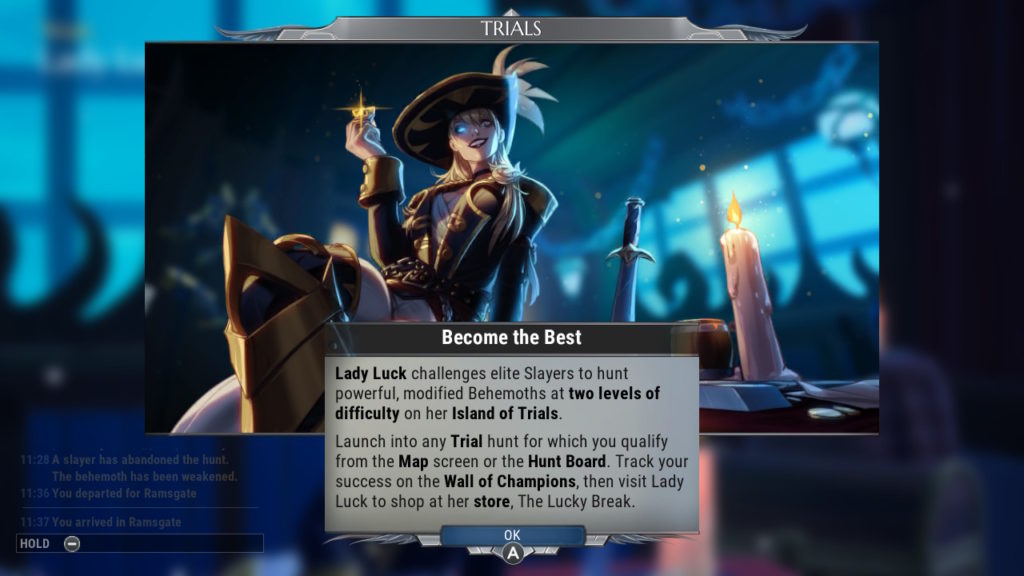 End game “Trials” were added. Slayers who have progressed to Rezakiri and Shrowd will be able to participate in a new Trial each week, competing to see who can conquer it the fastest. Along with the Trials system came the aforementioned leaderboards, Wall of Champions. There was also PvP added in the form of Faction Fights. This new community event pits two Zephyr Squads against one another. 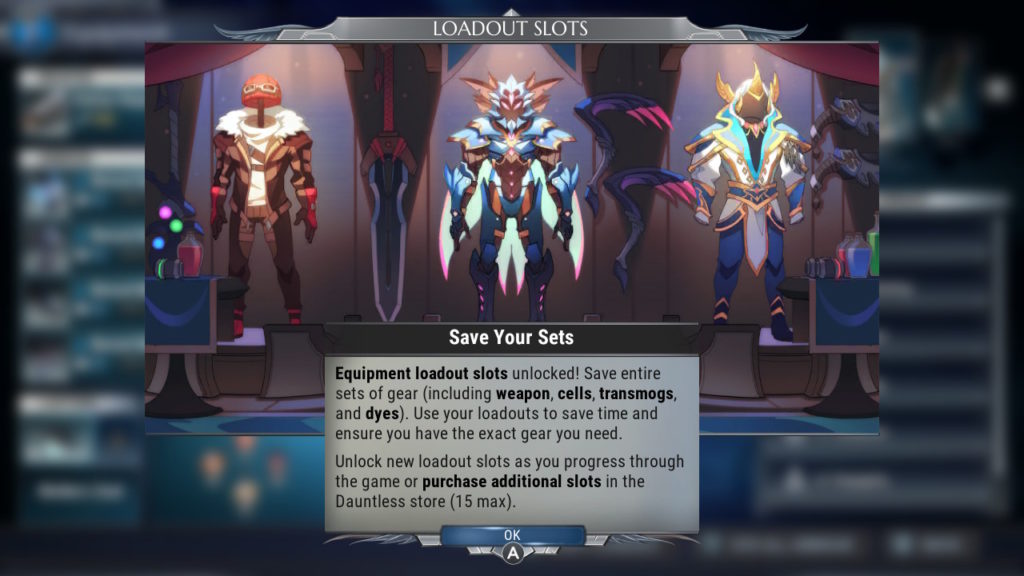 Saving of up to fifteen loadout slots was also added. This was an extremely welcome change as several achievements require that you complete them wearing specific themed-gear. The development team even added a new weapon type. The aether strikers are a pugilist’s (melee) weapon type. Kind of like a cross between Wolverine and a Monk. Just this month Escalation Hunts were added. One set of gear. One set of supplies. Five back-to-back increasingly difficult Behemoth battles in a row. 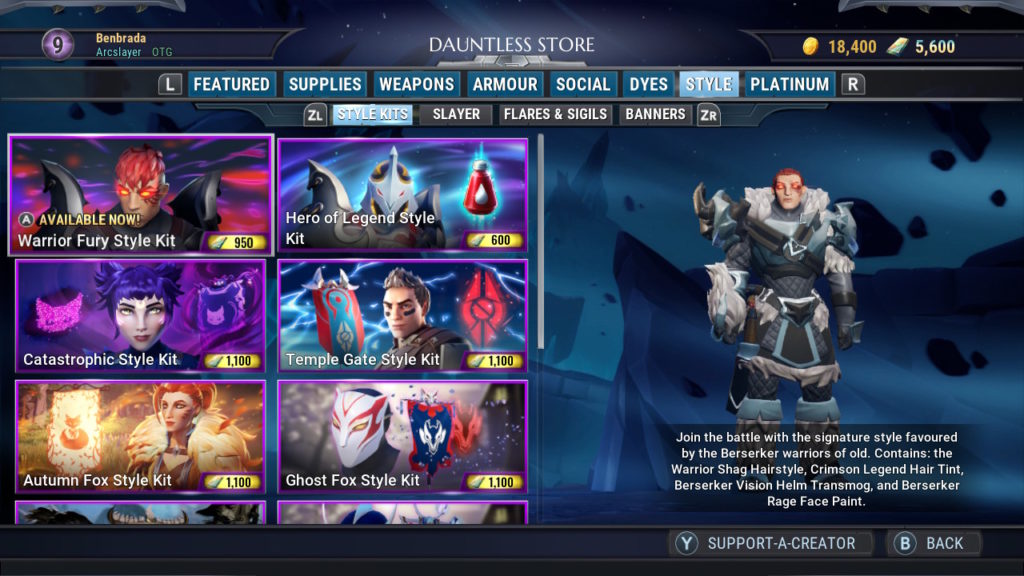 With all the new additions that have been added, as well as a launch on the Nintendo Switch system, you would think the team would catch their breath? Nope. Phoenix Labs now has its eyes set on bringing Dauntless to the mobile phone space! Can Phoenix Labs bring two more operating systems (i.e. Android and iOS) into the cross-play, cross-save fold? We eagerly awaiting this feat! In the meantime, we’ll play Dauntless mobile on our Nintendo Switch!

Note: A Nintendo Switch eShop code for Platinum and cosmetics was provided for purposes of this review.

Tags: dauntless, Monster Hunter, nintendo switch, phoenix labs
Summary
It's hard to believe that Phoenix Labs pulled off a miraculous feat such as implementing a flawless cross-save, cross-play sub-system on the four major gaming systems! Other than needing some performance tweaking on the Nintendo Switch Dauntless is a great F2P addition to Nintendo's growing Switch library. Dauntless' design of being able to jump into a quick 4-player collaborative team-up to hunt a monster is a perfect fit for the Nintendo Switch's "on-the-go" philosophy.
Good
Bad
8
Great