Deathgarden is an action oriented game developed by Behaviour Digital Inc. that was recently released on steam’s early access.  If you’ve played Dead by Daylight, you’re going to know pretty much how the game plays.  If you haven’t, you’re in for a treat as the game is very different than many other typical action games. 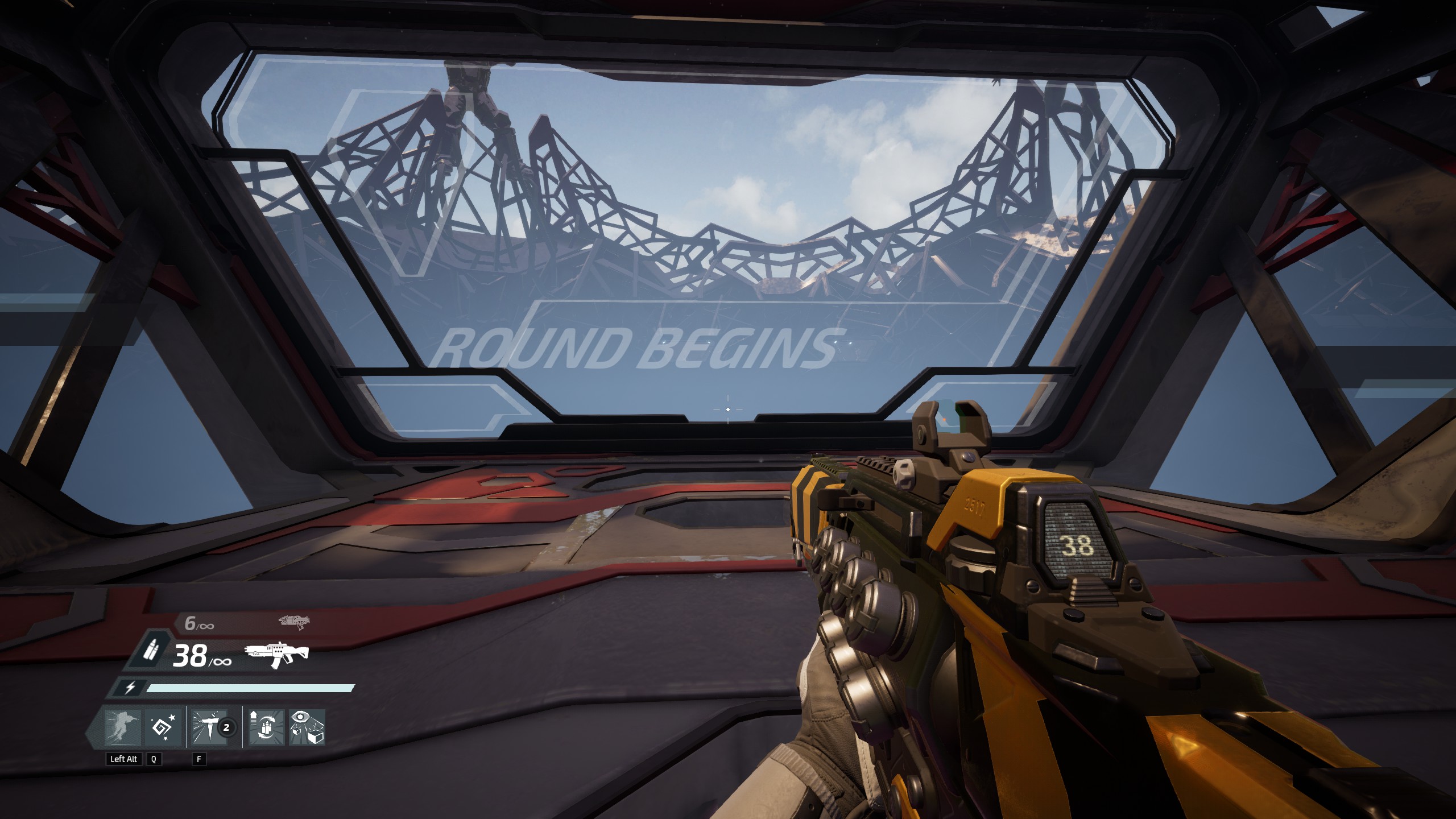 The game focuses on two roles, the Hunter and the Runners.  The Hunter is some super human in an armor suit with Assault Rifles, Shotguns, or Sniper Rifles at their disposal.  The Runners, however, only have a bow.  The catch, however, is that the Runners cannot kill the Hunter.  Only the Hunter can kill during the game. Much like Dead by Daylight the hunter must place you onto an execution pylon before they can kill you.  In Dead by Daylight, these hooks were all over the place.  With Deathgarden you down a number of Runners to unlock it, and then you can teleport any that you down to it for an execution.  The catch, however, is it takes some time before the runner comes up to be able to hit the execution button that takes a progress bar to fill before the action is completed.  During this time the other runners can stun you, and slow you in order to save their fellow runner from the execution. Sounds fair, right?  Not really. 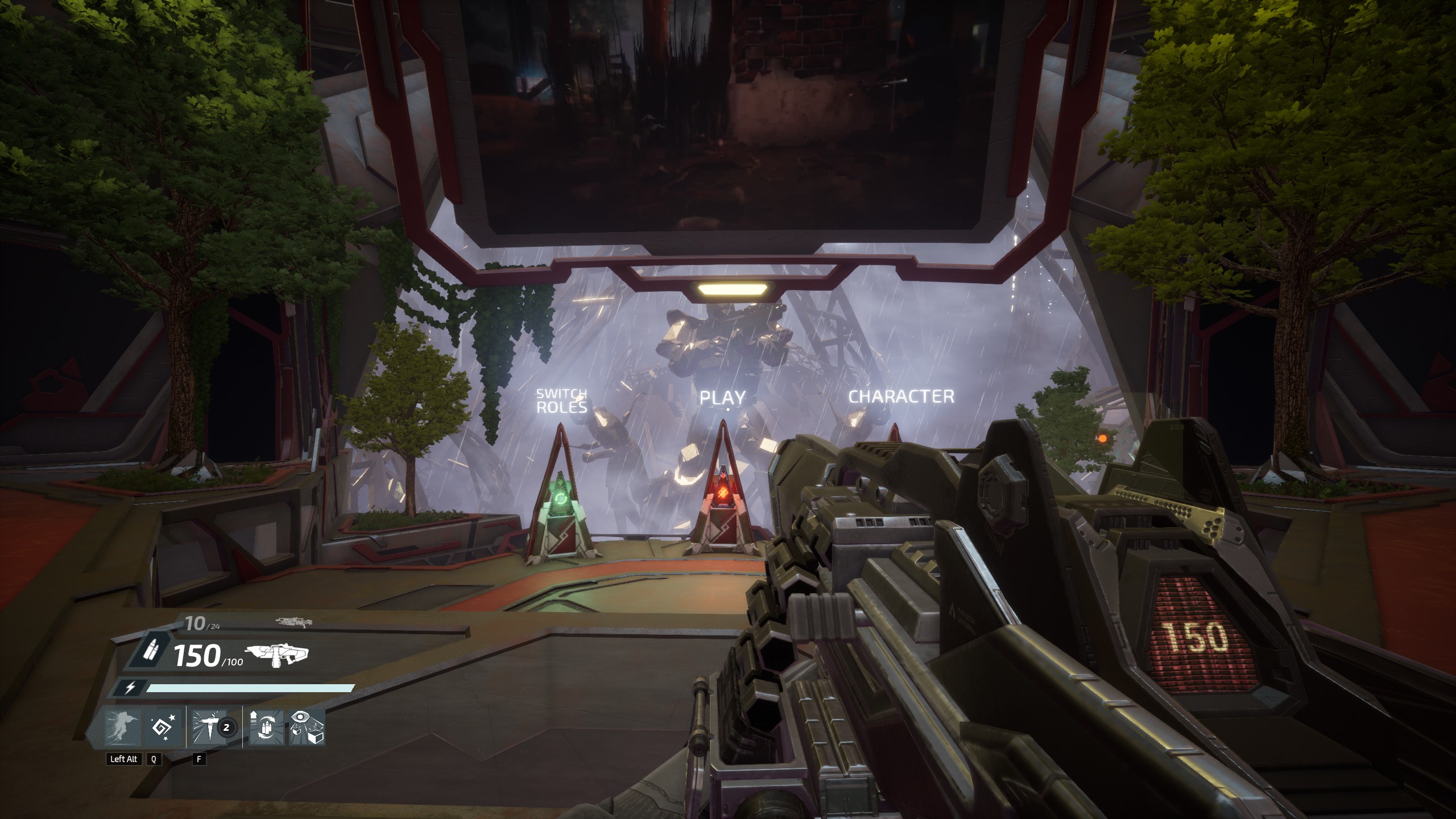 Unlike Dead by Daylight, the game is very one sided.  While you have 5 friends to combat the hunter, you feel very weak.  Hunters can down you near instantly with a shotgun, getting executions one after the other.  In order to escape as a Runner you have to go through very tedious processes that mark you with a red outline showing the Hunter exactly where you are as you are either capturing a point or carrying a key.  This in essence gives the Hunter wall hacks, allowing that player to zero in on the player working on the objective and dead them quickly. To put it bluntly, I haven’t lost a match as a Hunter.  I also haven’t won a single match as a Runner either. 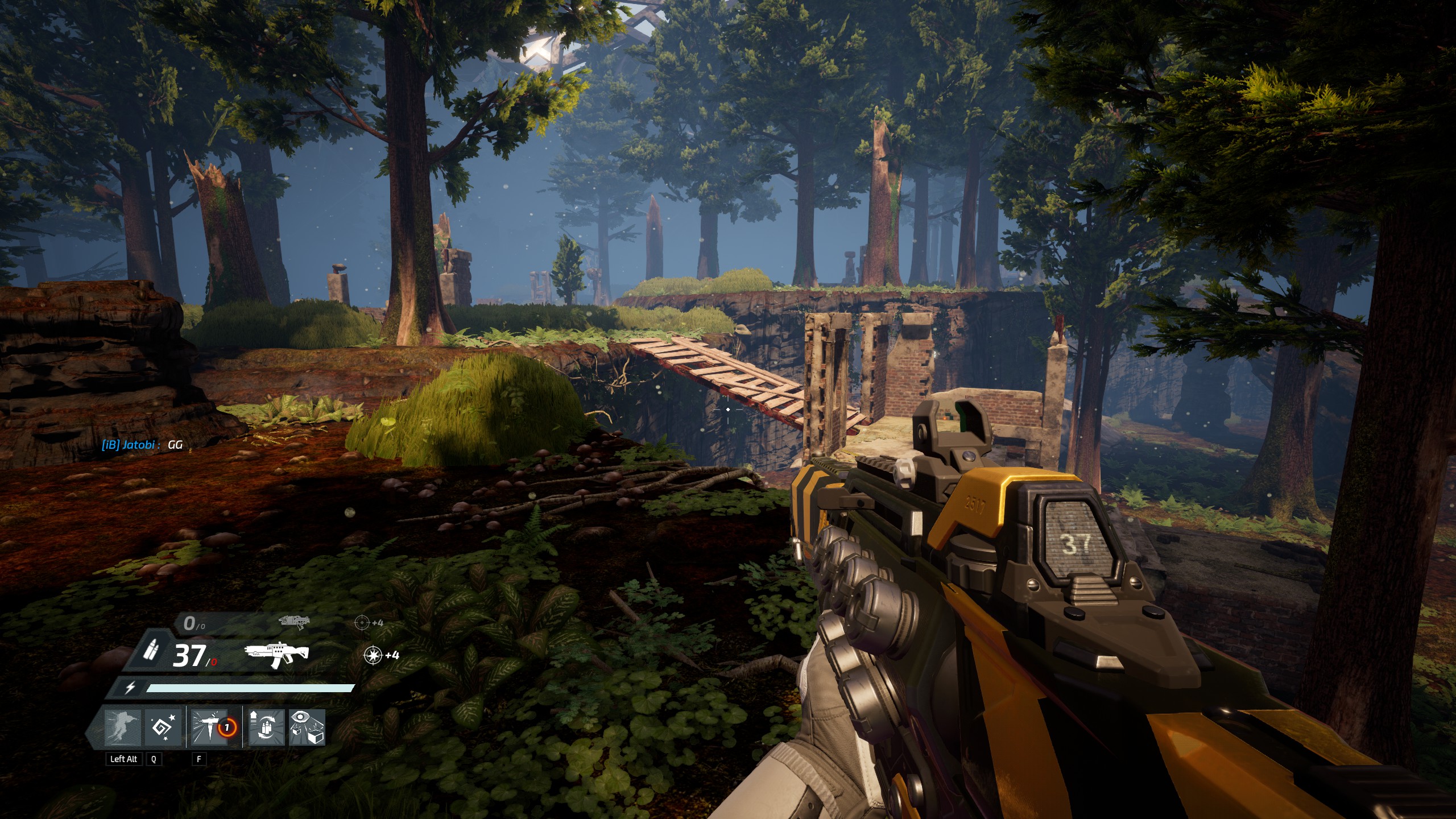 The Hunters have many skills to choose from to help them hunt down and kill the Runners.  Aside from your weapons, you also get a choice of different extra utility items to bring with, such as Proxy mines or Auto-Turrets.  Yes, Auto-Turrets that will shoot at anyone within a very large range.  That in itself is a pretty good way to keep track of where the Runners are, but you could always use Proxy mines.  Simply place them at the objectives and wait them to go BOOM!  You get plenty…  The Runners have a few skills for their bow.  You can slow the hunter, slowing the players movement speed, but also slowing their action speed, such as executions.  You can also stun them and poison them providing them with a nice prism of colors all over the screen that they can’t see through.  This, however, doesn’t really suffice.  These skills are extremely underpowered compared to the Hunter. 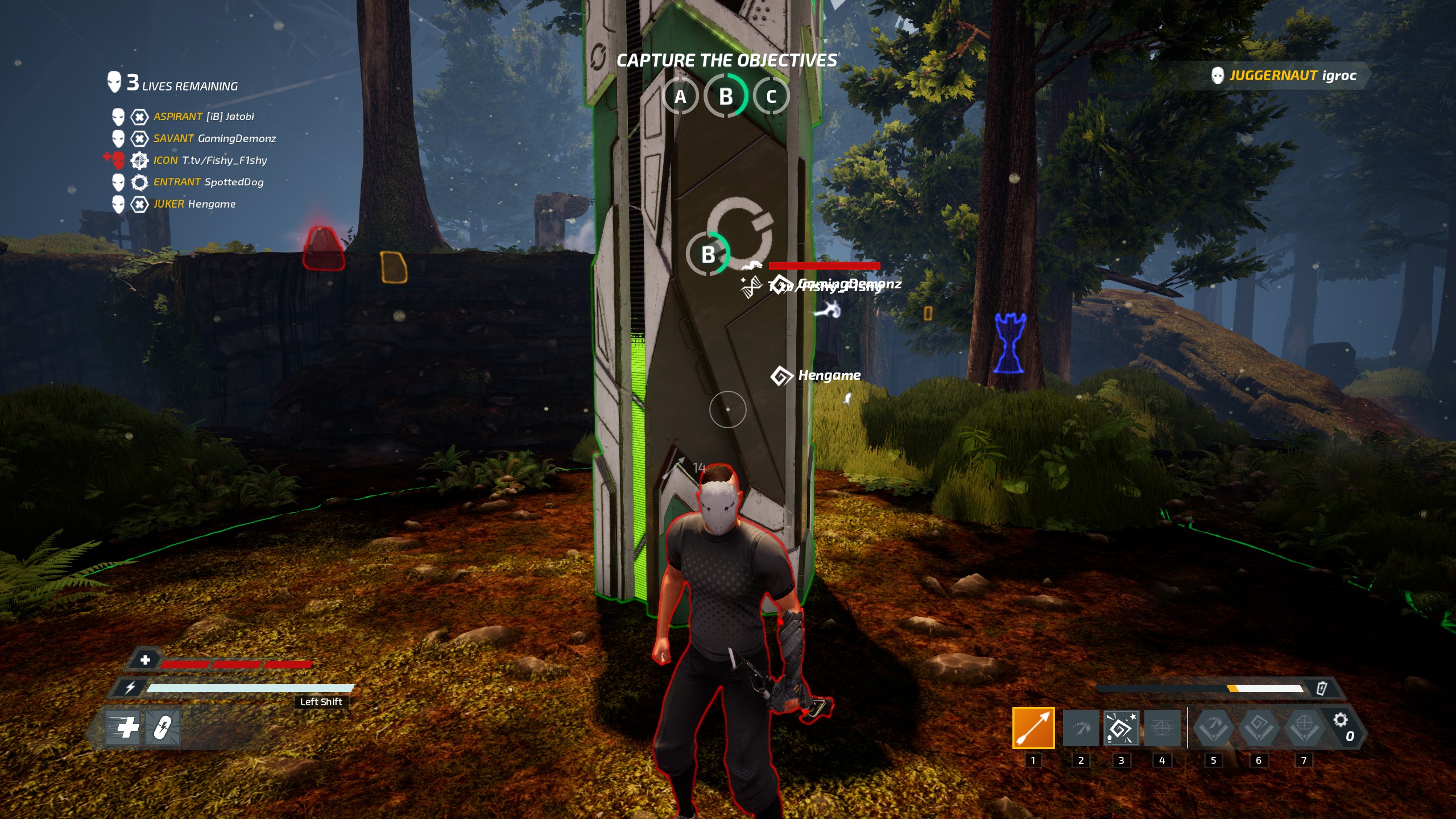 The maps are always the same.  Not much difference besides a different objective type. Not all skills are available, but it is early access.  To say the least it has a lot of room for improvements.  The game isn’t very fun as a Runner in my opinion.  That also makes finding games as the Hunter a lot harder, leaving you to sit in queue for upwards of 20 minutes at times.  I think once they have more time in development they can bring a lot to the game and make it more fun and balanced.  As it stands right now, any okay player can win any match as a Hunter even against the most veteran Runner players. 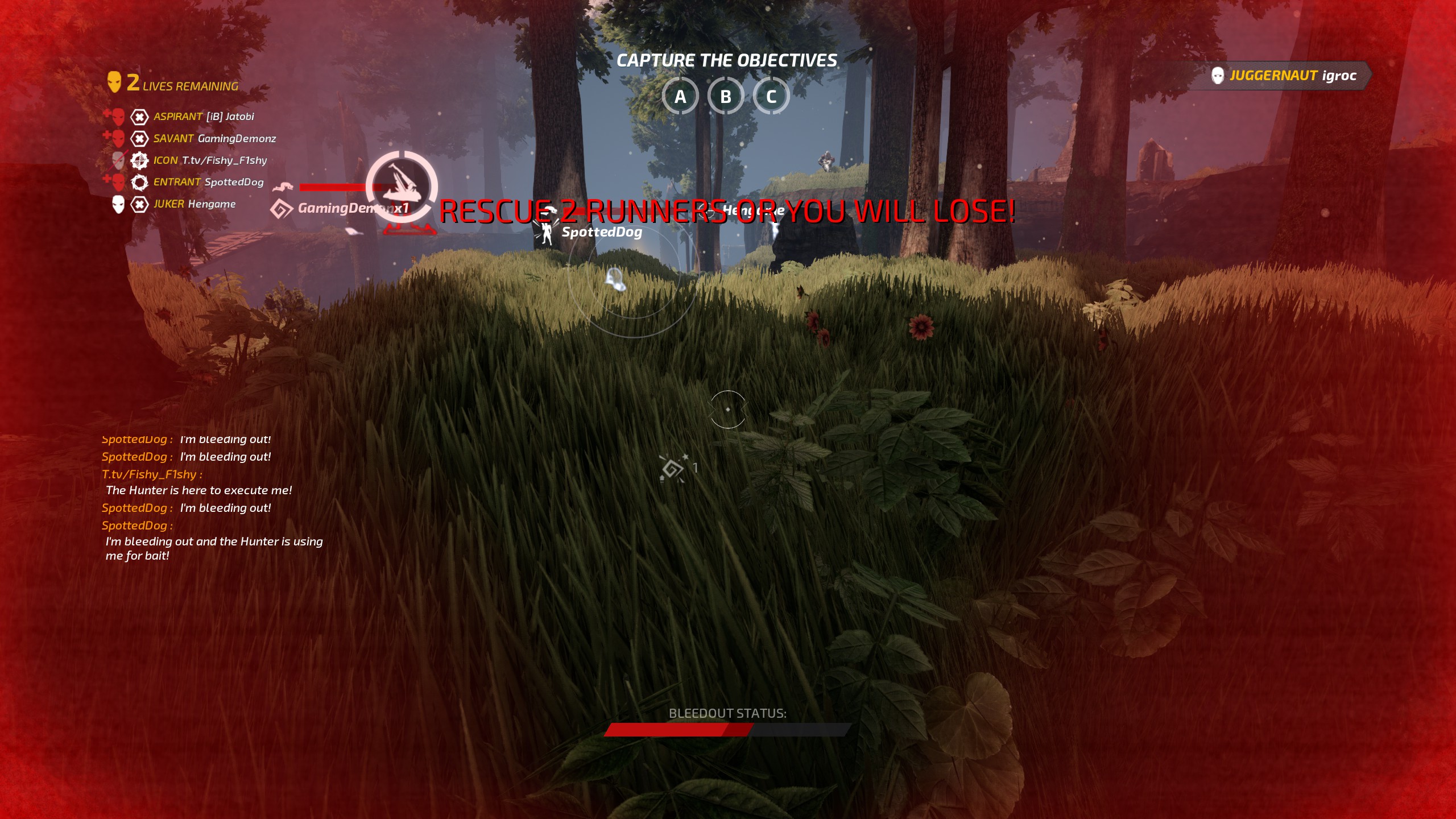 If you liked Dead by Daylight, and are searching for another game like it, this could potentially be it.  However keep in mind it is still very early access, a lot of things are mission and it’s very unbalanced right now. 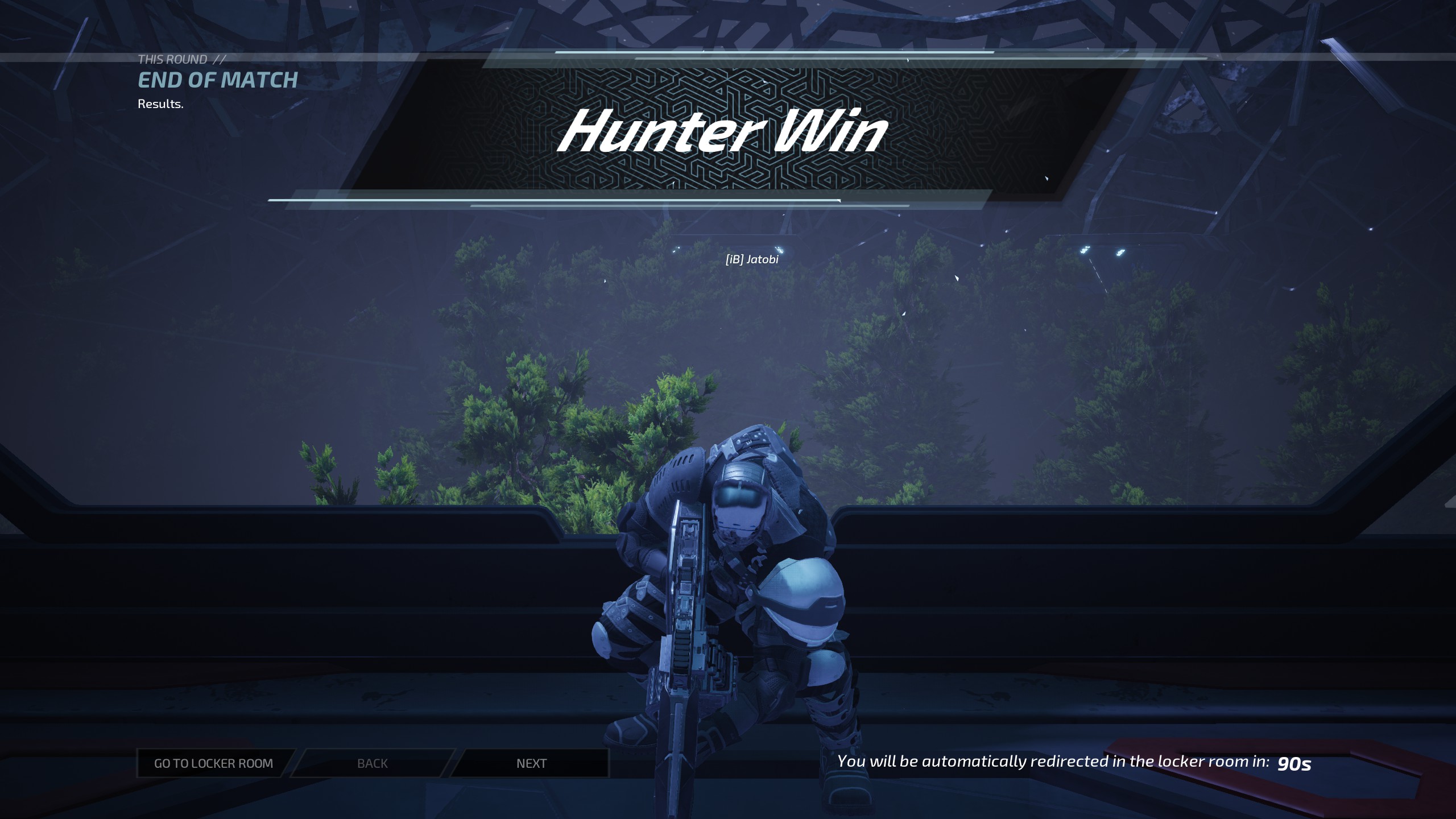 Written by
Jatobi
Just a Nerd doing Nerd things. Living day by day in search of the next big game!
Previous ArticleRoccat Vulcan 120 AIMO Gaming Keyboard: The Future is Bright with AIMONext ArticleGris is a gorgeous Avant Garde Video Game