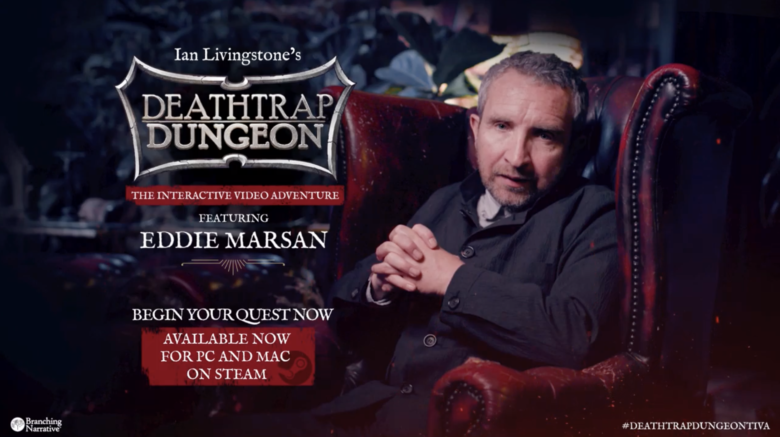 Deathtrap Dungeon is a Full Motion Video game based off of Ian Livingstone’s Fighting Fantasy books which had the reader choose their own path for their adventurer. The game is brought to life thanks to the narration by Eddie Marsan and a well-done soundtrack. I drifted down memory lane as I played the game thinking about books I used to read when I was younger and thoroughly enjoyed my time in Deathtrap Dungeon with a few minor issues. 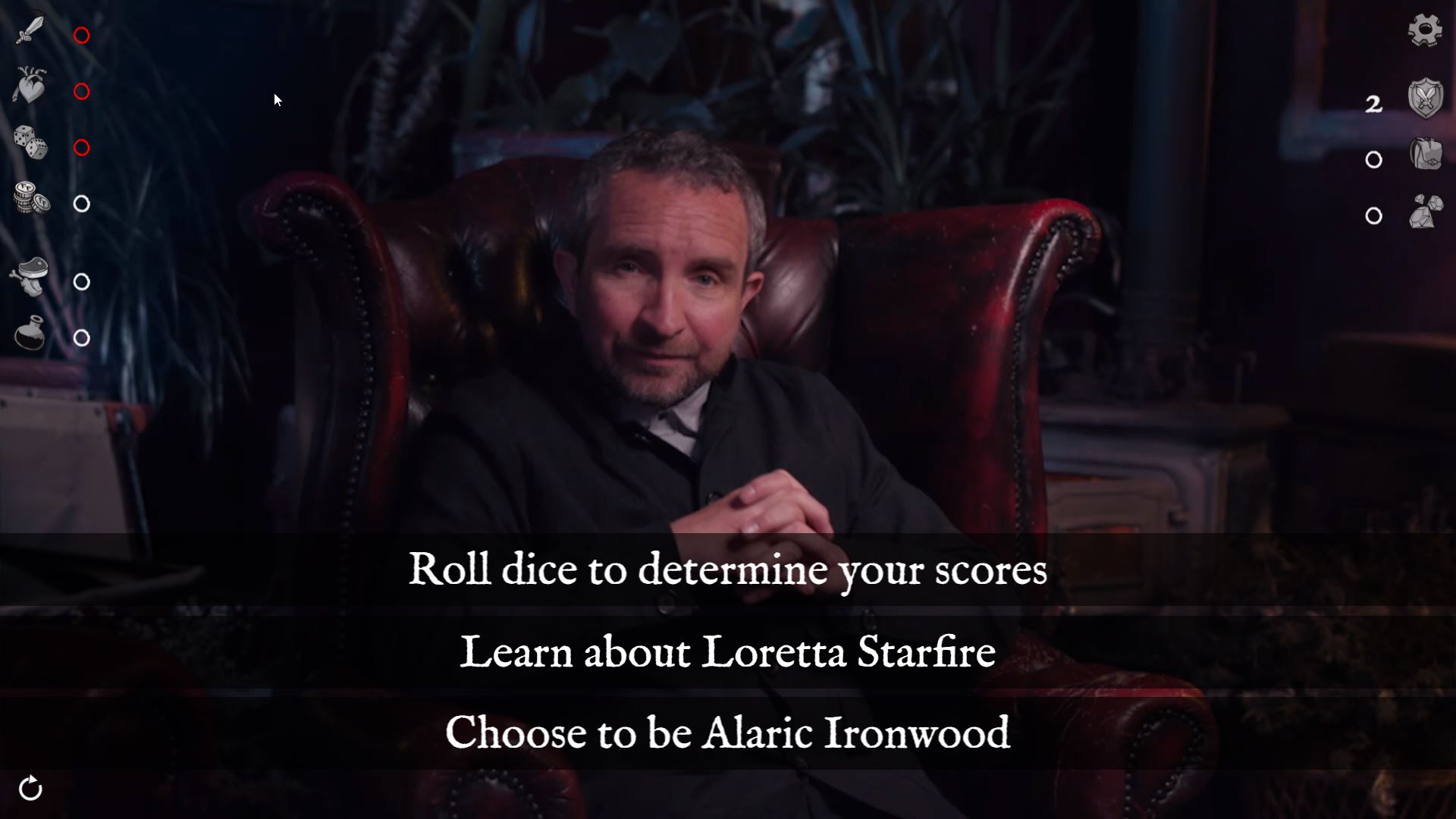 Ian Livingstone is known for several things throughout his career. Well known for being a co-founder of Games Workshop, he is also known for writing several books in the Fighting Fantasy series of books, in particular Deathtrap Dungeon which this game is based on. These were a type of choose your own adventure books which you could pick different choices as your adventurer tried to survive whatever was happening in the stories.

Deathtrap Dungeon is a Full Motion Video game that puts you into the setting as the adventurer with Eddie Marsan narrating the story and acting as a pseudo-Dungeon Master as the game progresses. Eddie sits back in a leather chair as he helps to bring you deeper into the story. His voice and tone as he voiced for different characters while describing everything immersed me and really brought back memories of these types of books I had read when I was younger. There were a few points as I was deciding whether to take the safe route and ignore that shiny dagger or stick my hand into the mass of worms and pray there wasn’t any poison or other danger awaiting me. All the while the score changes with you as things happen, to help you feel the danger and bring the game together. 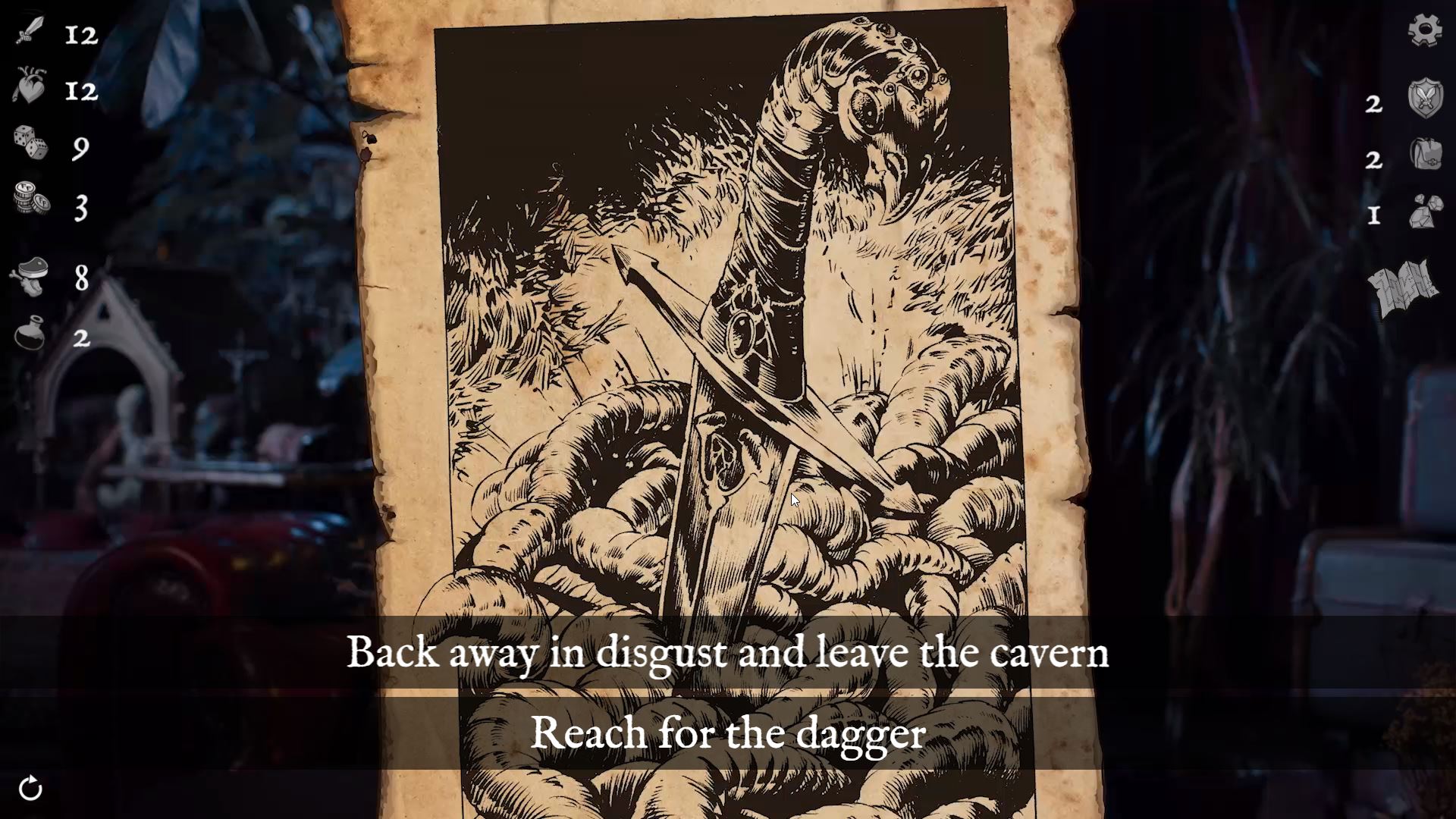 The core system behind Deathtrap Dungeon has a few stats which help determine your success in the choices you make along with dice rolls. Skill is what you use to attack and defend and occasionally do skillful acts like walking across a rope. Stamina is basically your health, lose it all and it’s game over. Finally, luck can determine things such as whether you dodge a sneak attack from a giant fly or deciding to use it to roll for a chance at doing double damage or taking less. But all of these stats can be decreased vis accidents, loss of weapons or simply using your luck to try for those double damage hits. While you can regain stamina via food, the other stats are hard to increase or get back. 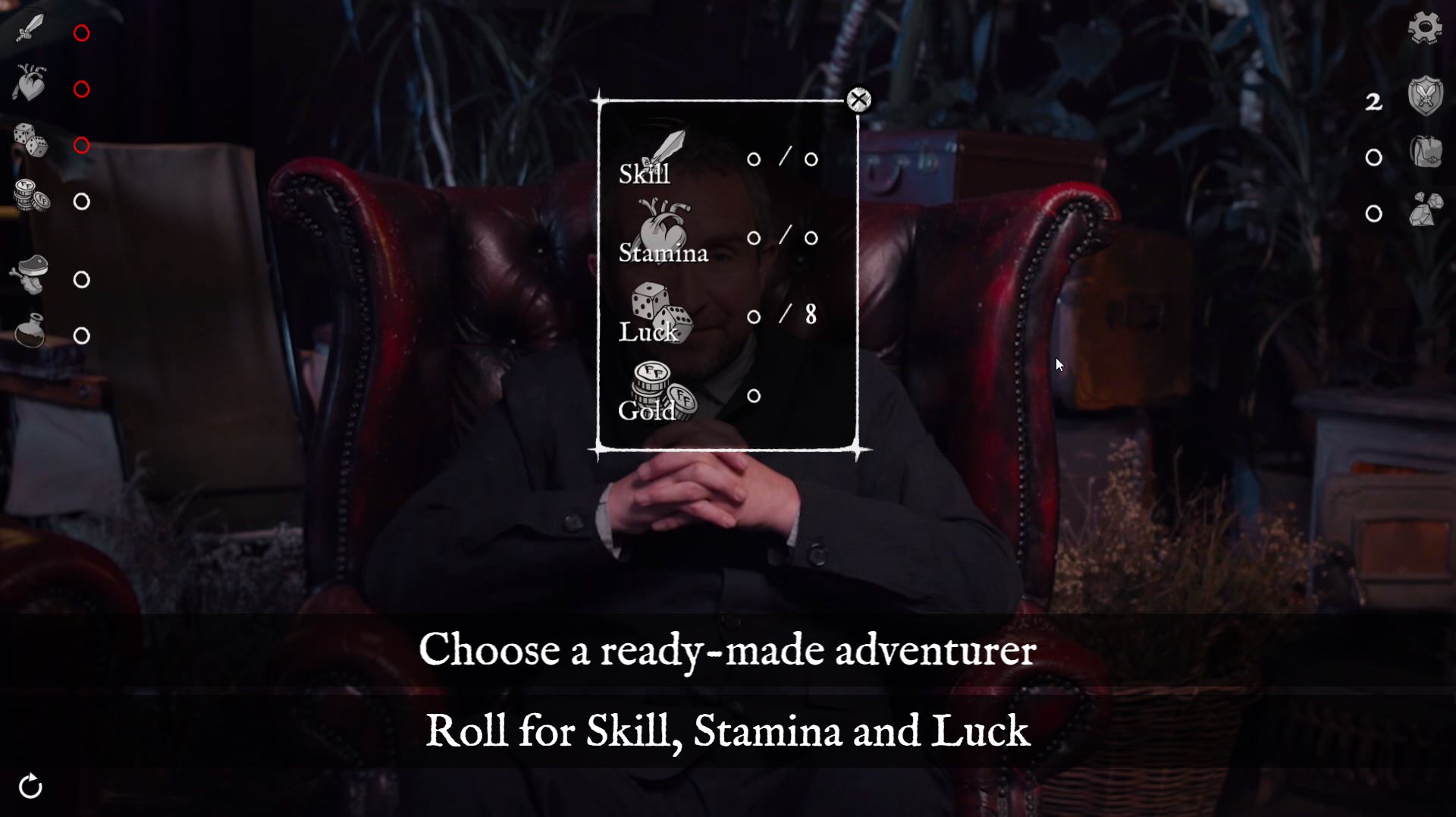 Deathtrap Dungeon is a great game, but it isn’t without a few flaws. The settings are sparse with no option for subtitles which I felt was very lacking. In a game that is solely based on narration, it excludes those who may want to experience the game but have hearing issues. The dice rolls tended to feel lackluster as they were just thrown out there without any interaction from me. I would’ve liked to maybe throw them myself and feel a little more into it. After a while, there were a few times I wish I could’ve skipped the dice rolls as they were feeling a little monotonous towards the end.

A game key was given to GameSpace for review purposes.

Tags: Deathtrap Dungeon, Eddie Marsan, Ian Livingstone
Summary
Overall Deathtrap Dungeon was a great throwback to the choose your own adventure books and I enjoyed my time with it and listening to Eddie Marsan. At $10 USD on Steam, it’s a steal and a fun trip that can be a great introduction to these types of books and a look at a light Dungeon & Dragons feel to it. The dice rolls can feel overly monotonous towards the end of the story and having them simply get thrown out without any interaction from me detracted from my overall enjoyment.
Good
Bad
8.5
Great
Previous ArticleShadow Arena CBT Code GiveawayNext ArticlePathfinder: Wrath of the Righteous – Lessons from Kingmaker & Dhampir Playable Race