Devil May Cry 5 is definitely a step back in the right direction after the miss that was DMC4. But if I’m being as honest as I can be about the new blockbuster action game, I feel it’s just “good”, not great. It’s gorgeous to look at, proving once again that Capcom’s visuals are at the peak of the industry right now, and the combat is absolutely fantastic and white-knuckle tight. But the humor is eye-rolling, the level design is uninspired, and the pacing feels a bit off at times. This is our Devil May Cry 5 review on the Xbox One.

Now, did I have a good time with Nero, Dante, and V? Absolutely. It’s hard not to enjoy the balls-to-the-wall action of DMC when its at its best, and there’s no denying that the combat of DMC5 is pitch-perfect. You’ll start the game as Nero, rocket-boosted exploding arm and all, after a brief intro to story so far. I won’t spoil that for you, especially if you’re a DMC fan, as despite its nonsense, the narrative and cinematics are some of the best parts of DMC5. But over time you meet up with V and Dante, and take turns playing each of them through the game’s many levels. 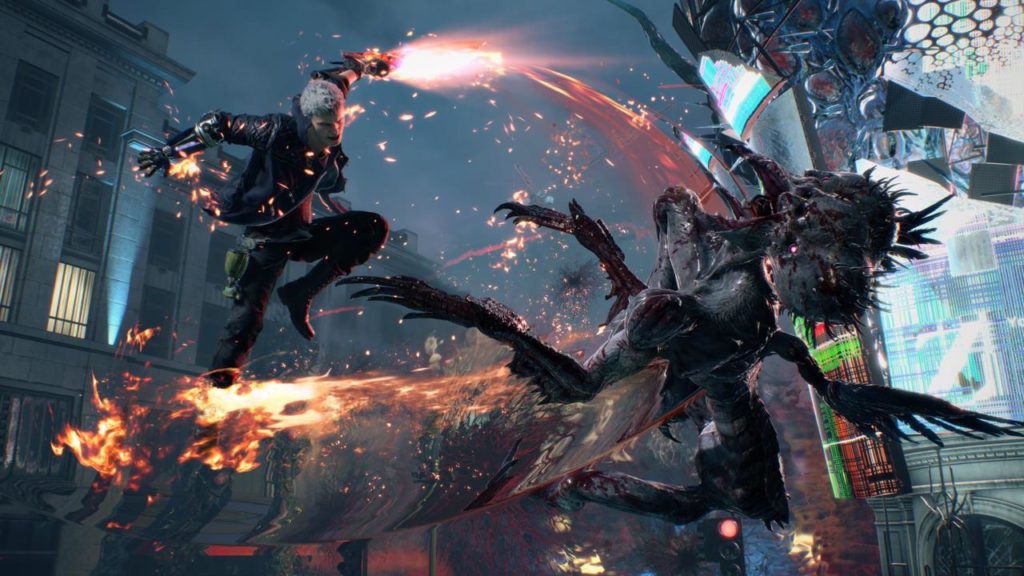 A solid 10-20 hours will be all you’ll need to beat DMC5, and if I’m being honest, that’s a good thing. Not every $60 big budget game needs to be 100 hours of fetch quests. Still, there’s something missing in the levels of DMC5. This is, unabashedly, a beat-em-up action game. And that’s OK, but what ends up happening is that over the course of the story, things start to feel repetitive, because the action and style is all DMC5 has going for it. Puzzles aren’t puzzles. Platforming isn’t challenging. There’s no real exploration or side adventures to speak ot. DMC5 is a breakneck run through hallway after hallway, landscape after landscape, of demons to kill.

If there’s a way the game needs to grow now that it’s got its footing back under it, it’s in broadening its gameplay scope. I’m not asking to see tons of fetch quests added, nor am I looking for the tombs of recent Tomb Raiders to be shoehorned in here – but there needs to be more to a big sprawling game like this than button-mashing your way through bad guys. That’s the only real downside of DMC5. The saving grace is that each Nero, Dante, and V play very differently, so there’s a good way to keep things fresh when smashing attacks starts to feel stale.

Oh, that and the humor. In a way, I kind of enjoy the schtick of Nero, Dante, and Nico (V is too serious for himself). It’s like watching The Meg or even Sharknado. You know it’s bad, but it’s in a fun way. One-liners are on par with any suburban father’s jokes, for example. More than that, the shredding heavy metal soundtrack is suitably over the top as well. It all plays out like a B-Movie or schlocky Anime, and you’re either going to love that or wish it would stop.

Devil May Cry 5 is probably the most accesible of the DMC series, too. The default difficulty is fairly easy, and most veterans will want to probably start on a harder level. But for those who want to breeze through things, or get the big flashy combos without having to try too hard, Capcom even put in an assist mode that will automatically pull off the game’s best looking animations. Purists will hate this, but it’s actually quite nice for less-skilled players.

Oh, and before you ask, yes there are microtransactions to help you unlock moves quicker, but I couldn’t even find them without digging for them, and I doubt many of you will notice them. You’ll likely get plenty of currency to unlock all the skills you want, so don’t fret too much about the microtransactions if you’re worried they’ll be too in your face.

Tags: Devil May Cry 5, review, xbox one
Summary
Devil May Cry 5 is a solid game, and one I'd heartily recommend for anyone who once loved or has interest in the series. For those looking for something more than a beautiful brawler to sink a dozen hours into, you may want to wait for a sale. Still, it's good to see the DMC series back in proper form, and exciting to think about where it may go from here.
Good
Bad
8
Great 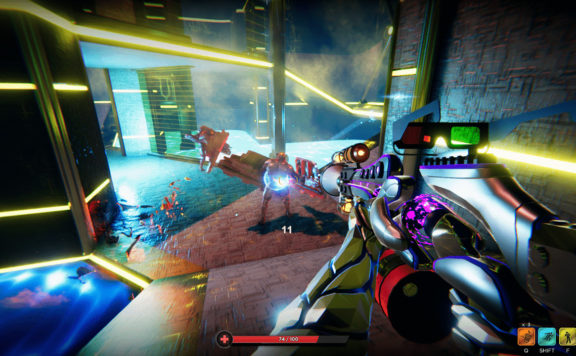 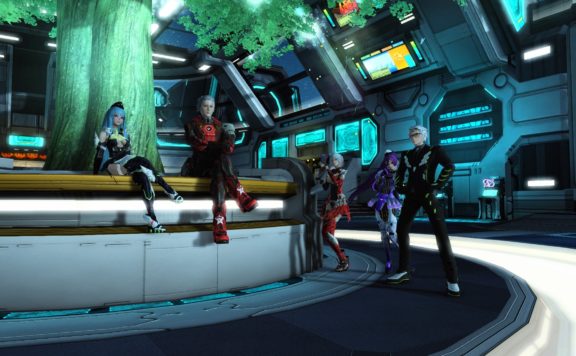 Devil May Cry 5 is definitely a step back in the right direction after the miss that was DMC4. But if I'm being as honest as I can be about the new blockbuster action game, I feel it's just "good", not great. It's gorgeous to look at, provi...
9.5
Average User Rating
1 vote
Have Your Say!
Your Rating: 0
Submit
Write A Review