Diablo 3 is one of a few games that can be counted on a list of successful revivals.  The first iteration wasn’t fantastic at all and left a sour taste in the mouths of many Diablo fans, including myself.  While I still don’t think it lives up to the greatness that was Diablo 2, as a stand-alone game I must give credit where credit is due: Blizzard has done a great job turning the ship.  Gone are the real-cash auction house days, the massive amount of loot you couldn’t use, and the constant grind through the campaign to level up.  In its place, we have bounties, rifts, challenge rifts, set rifts, etcetera, etcetera.  Diablo 3 quickly made itself popular again on PC and it wasn’t long before the demand was high enough for the console port to take place, giving XBox and PlayStation users a taste of that sweet, sweet slaughterfest and a never-ending quest for better gear.  So it comes as no surprise that after Nintendo Switch hit the market with hefty ports like Skyrim, Dark Souls, and Victor Vran that players wanted to see Diablo 3 come to the same on-the-go platform.  Fans will be delighted to know that Blizzard has answered the call and the results are far from disappointing. 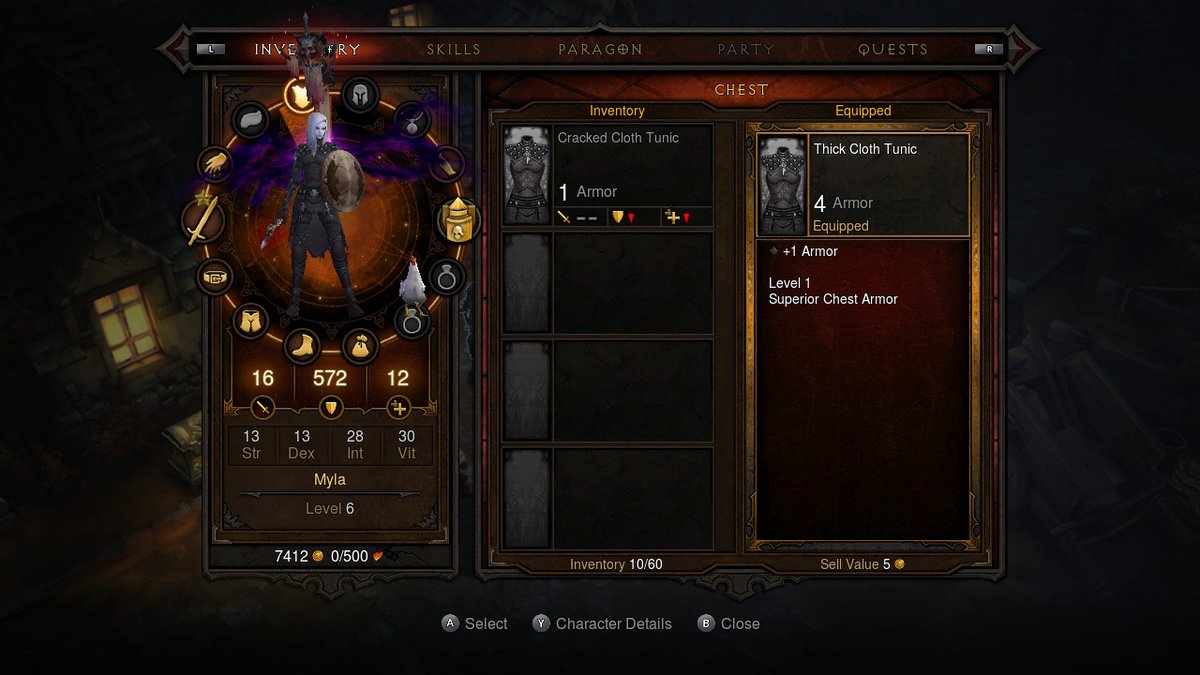 If you were somehow hoping for a PC focused port you’ll be let down in a big way.  If you’ve seen or played Diablo 3 on the XBox or PlayStation, the Switch version should seem really familiar.  PC players might need to take some time to adjust to the new menu system which is excellently designed for a console controller scheme, featuring radial menus for gear selection.  The same radial wheel is featured at the blacksmith for weapon and armor creation.  In some cases, the limits of a console show, such as with the jeweler, requiring an extra step here or there to craft a jewel and slot it – the ability to simply click, drag, and drop is obviously not available.   The menu system has one major drawback, though it may be one that you’ll never come across unless you play same screen multiplayer and that’s the fact that it takes up the entire screen.

On the Switch, you and a group of friends have the option of all jumbling together on the same screen (hopefully your TV and not the tiny Switch screen) and using four controllers all dungeon crawling together on the same device.  It’s a ton of fun, especially with how Diablo 3’s classes can synergize together when planned out properly, but becomes a lot less fun when someone in your group is comparing two pieces of gear… or spending paragons points… or deciding on skills to equip.  The menu system will always take up the screen, even in 4-player co-op, and can lead to some dull moments if you’re playing with someone who doesn’t really know what they’re doing and takes a long period of time to make a gear or skill choice.  I’m not sure what a better solution would be, I must be honest I’m not UI designer, but its current design is enough to make me want to avoid same screen multiplayer.  This pitfall doesn’t exist in multi-device multiplayer, obviously, the same way you aren’t staring at people making gear choices on the PC or PlayStation when playing online multiplayer. 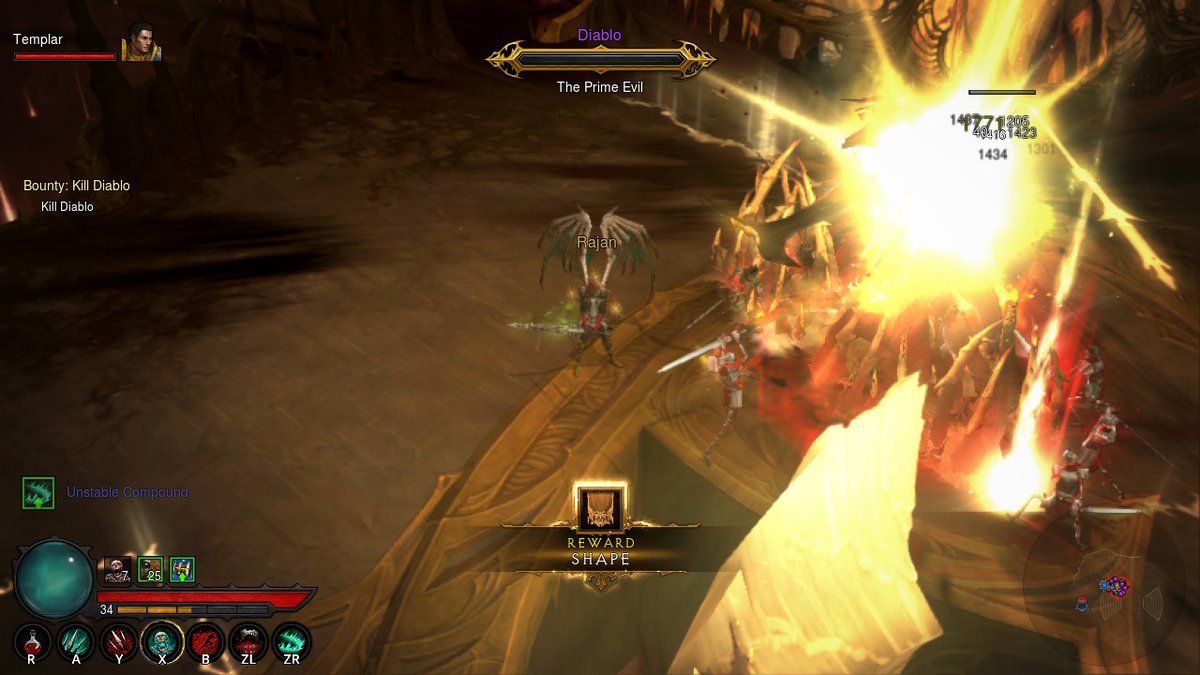 Getting away from multiplayer, Diablo 3 on the Switch was the most fun to me as a portable single player hack-n-slash.  The ability to bring this game with me just about everywhere has proven to be an indescribable joy.  One of the beauties of the Switch is being able to play on the go when you have 5-10 minutes here or there and Diablo 3 lends itself perfectly to that structure or long binges as well.  Diablo 3: Eternal Collection (as it’s called on the Switch) comes with everything that’s been released with Diablo 3 to this point, including the Necromancer class which I quickly dove into for the first time as a new Season character.  For the longest time Seasons weren’t available on consoles so it’s nice to see them as a feature, though you need to have an internet connection to start one, and the free gear for completing challenges is nice – though a bit weird to claim.  I can’t speak to other consoles but on the Switch you have to open your season journey, select the chapter, then hit X to claim your reward.  After that, you proceed into your inventory to open the bag and grab your free set pieces.  It was a fairly unintuitive process to go through and some on-screen help would have been nice after completing season journey chapter 2 to guide me in the right direction. 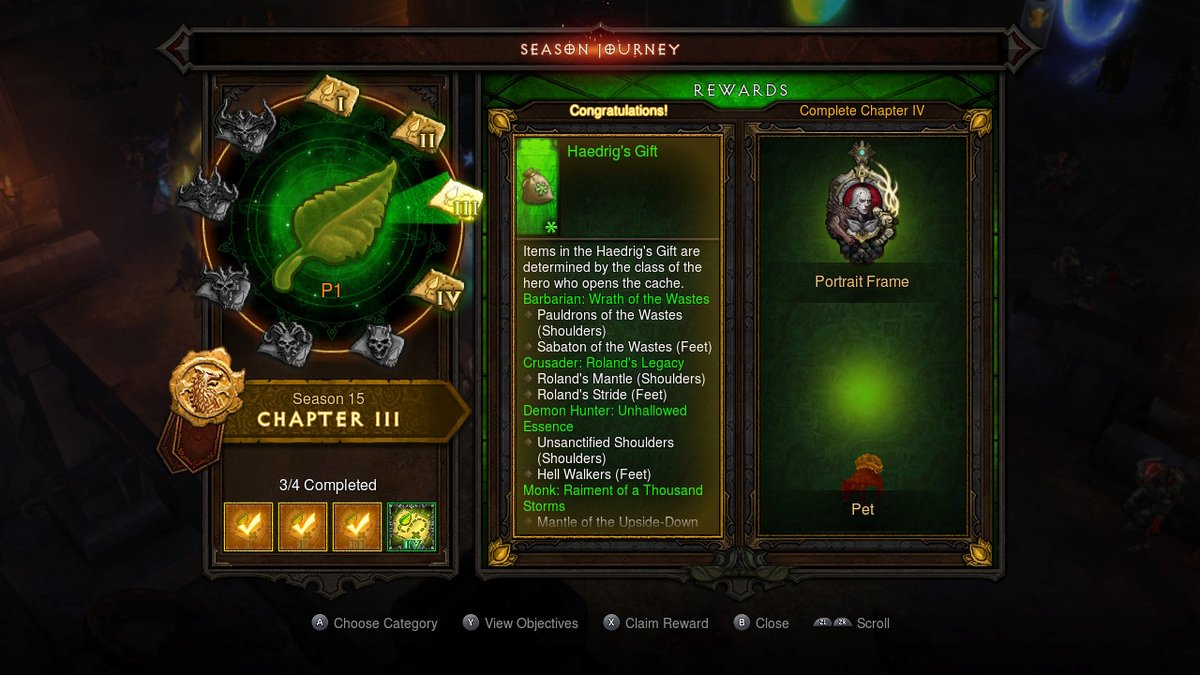 Tags: ARPG, blizzard, d3, diablo, Diablo 3, nintendo switch, switch
Summary
When it comes down to the meat and potatoes of it all the Nintendo Switch port of Diablo 3 is the same great experience fans have come to love over the years.  If you like Diablo 3 I can't see any reason why you wouldn't like it on the Nintendo Switch - even PC users since it runs at 60fps in hand-held (720p) and docked (900p) mode. [Note: It's been reported it's "near 60fps" but my eyes couldn't tell the difference and I'm a hardcore PC gaming fan].  The graphics are obviously dialled down a bit to run smoothly on the reduced hardware specs, however, all the text is readable, the creature models and spell effects are detailed enough to be pleasing, and even with loads of chaos unfolding on your screen the Nintendo Switch keeps plugging along without a frame dip in sight.  As much as I love playing Diablo 3 on my PC, the Eternal Collection on Switch may very well be my new preferred way to play - nothing beats lounging in bed, romping through a rift with the light out while I should be sleeping - all thanks to Nintendo Switch and Blizzard Entertainment.
Good
Bad
9
Amazing 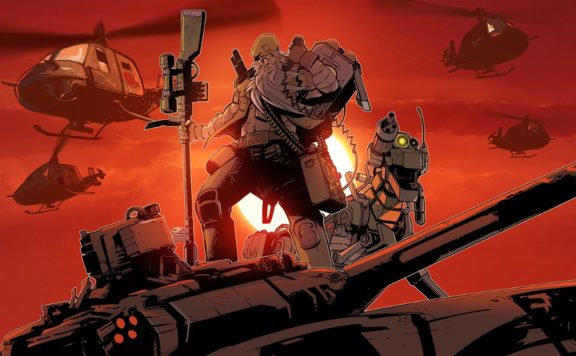 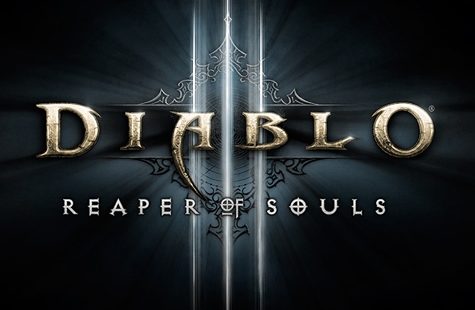 Diablo 3 is Blizzard's cooperative action RPG set in the game world of Sanctuary. Players take on the forces of the Burning Hells. The game offers a variety of classes, including Barbarian, Demon Hunter, Monk, Witch Doctor and Wizard. Those who own the D3 expansion Reaper of Souls can also play as a Crusader. Players can choose the gender of their character as well. The Reaper of Souls expansion launched in 2014. Players gained access to a new area, class and several other big features including the Adventure mode and the Rift and Paragon systems. Diablo 3 was originally released for PC only. The PlayStation 3 and XBox 360 versions were released in 2013, the Playstation 4 and Xbox One iterations came out in 2014. The Switch version is announced for 2018.
7.3
Average User Rating
5 votes
Have Your Say!
Your Rating: 0
Submit
Write A Review
Genre:Action RPG, Co-op, RPG
Rating:Mature
Developed By:Blizzard Entertainment
Publisher:Blizzard Entertainment
Modes:Co-op, Multiplayer, Online
Series:Diablo
Engine:Custom