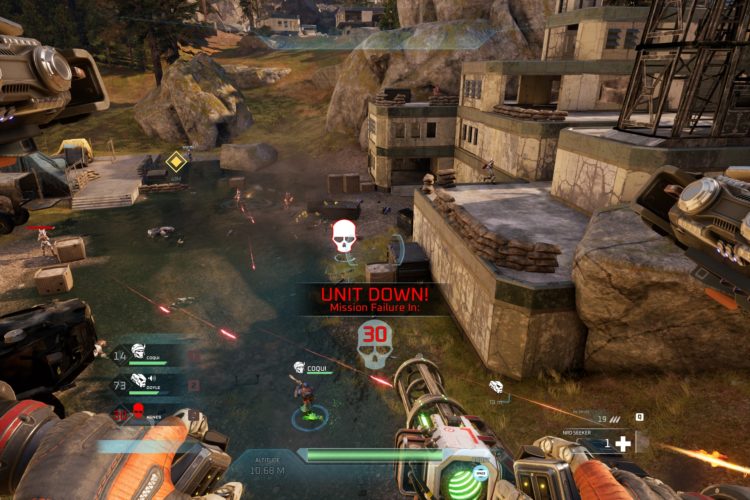 Robots, Gravcycles, and a Dystopian future – three ingredients, when combined, should be the recipe for a fantastical sci-fi epic. In Disintegration, V1 Interactive manages to mix genres together to create something different, unique, and often quite satisfying. Does Disintegration’s splicing of the real-time strategy and first-person shooter genres pay-off over the course of it’s winding narrative, or does it sadly, well, disintegrate? Our Disintegration review will answer just that. 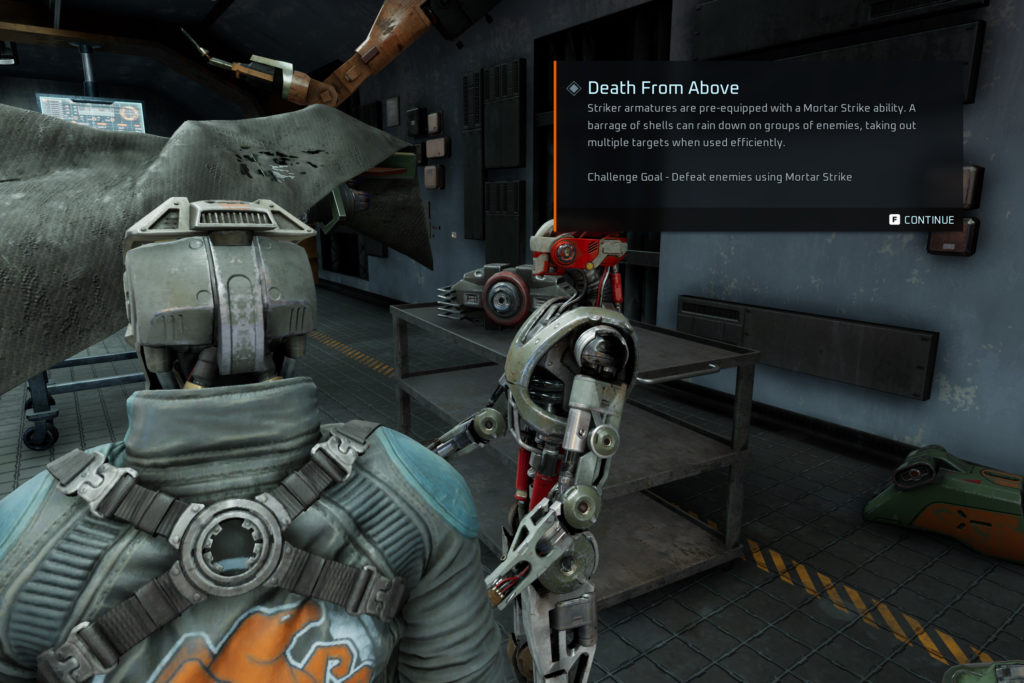 In the apocalyptic future of Disintegration, a military outfit named Rayonne has set their sights on the remaining population of humanity, forcing them to “integrate” with machinery, “roboticizing” them in an effort to save them. As with any forceful dictatorship of note, a band of integrated humans has rebelled against Rayonne, with the hope of not only stopping them but at some point, getting their bodies back and becoming human again. As Romer Shoal, you are a gravcycle pilot and a rather proficient one at that. After escaping Rayonne, you joined the resistance and not only fight alongside them, but as a gravcycle pilot, you are tasked with commanding a team during every mission.

To cast the story of Disintegration aside would be to do a disservice to what V1 Interactive has created. The story is arguably one of, if not the, best parts of the game. A lot of thought was put into giving each character their own personality, and even between missions, most of your comrades have a few things to say to you, even if a lot of it really isn’t pertinent information to your missions. Every cutscene and there are a lot of them, dives deeper into these characters, and the implications of your efforts.

Once you’ve gone through several cutscenes and start hitting some missions, it’s easy to get a little overwhelmed as you try to learn the flow of combat. As the gravcycle pilot, your subordinates will follow you pretty much wherever you go until you give them a command. The commands are generally simplistic. Hold your position in one location, or focus fire this target. Each comrade also has its own set of abilities, which are actually your abilities, and you activate them whenever necessary.  It’s important to know your team, as you can pick up side missions, some of which will require you to utilize certain abilities to kill a number of enemies, and if you aren’t paying attention to those requisites, you could fail them, losing some rewards.

In addition to managing your small team, you also can fire some machine guns, or heal your team by firing a healing shot at them, and you will be expected to make use of both of those options if you plan on being successful in your endeavors. In the early levels, neither you nor your team can take very much damage. If you find yourself overrun, you will die pretty quickly, which I did several times. Likewise, if you aren’t paying attention, and you send your team into a group of angry red-eyes (Rayonne Robots) they too will die quite quickly from being focused, or running over explosives. You can pick them up by flying your gravcycle over them, and within several seconds, they will appear again to resume your commands. 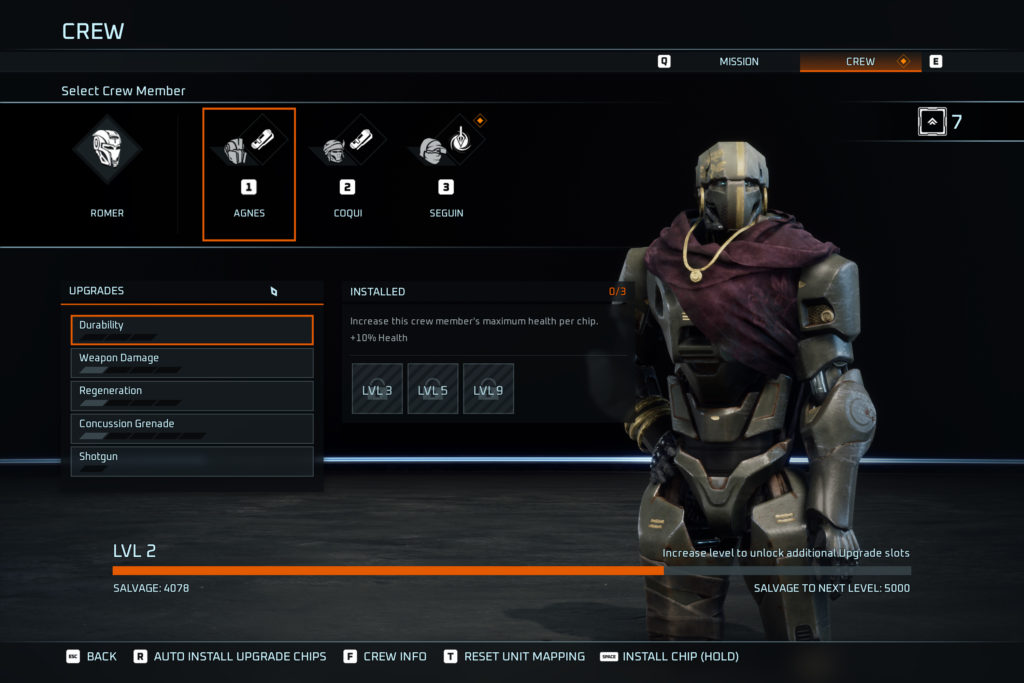 At the start of my adventure in Disintegration, I felt like I didn’t know enough, it was a little overwhelming, until then I knew the flow of battle, and then I became proficient enough that I knew too much. On Maverick difficulty, which is considered “hard mode” I found that the AI both on my team, and theirs, wasn’t particularly difficult to understand. I felt like a boss as I shot around the landscape, targeting enemies, firing off a heal here, and ordering a grenade to be thrown there. Enemy placement was really the major factor in whether or not I would win a battle, and at times, some missions would place enemies in a circle surrounding you, making it seem as though you had few options apart from fighting it out.

But in reality, even in many of the close quarters’ battles, you could easily keep your distance, while commanding your team to take a more cautious approach, and eventually, the enemies would either get killed by your skills, or they would stream in to be easily picked apart by focusing them with your team. On Maverick difficulty, missions could take anywhere from 30 minutes to an hour, and that really hinges on whether or not you run into any problems and have to restart at a checkpoint. The long levels and slow kill times on some enemies left a lot to be desired to create an enjoyable flow for the game. Maverick difficulty wasn’t challenging, it was just more tedious.

After completing missions, you have the ability to upgrade Romer and his teammates. Upgrade chips give you the capability to upgrade any of the characters on your team, as long as you’ve leveled up to the required level to do so. Some of these upgrades will help keep you alive or kill enemies faster, but you really don’t have a whole host of choices on what to pick and when. 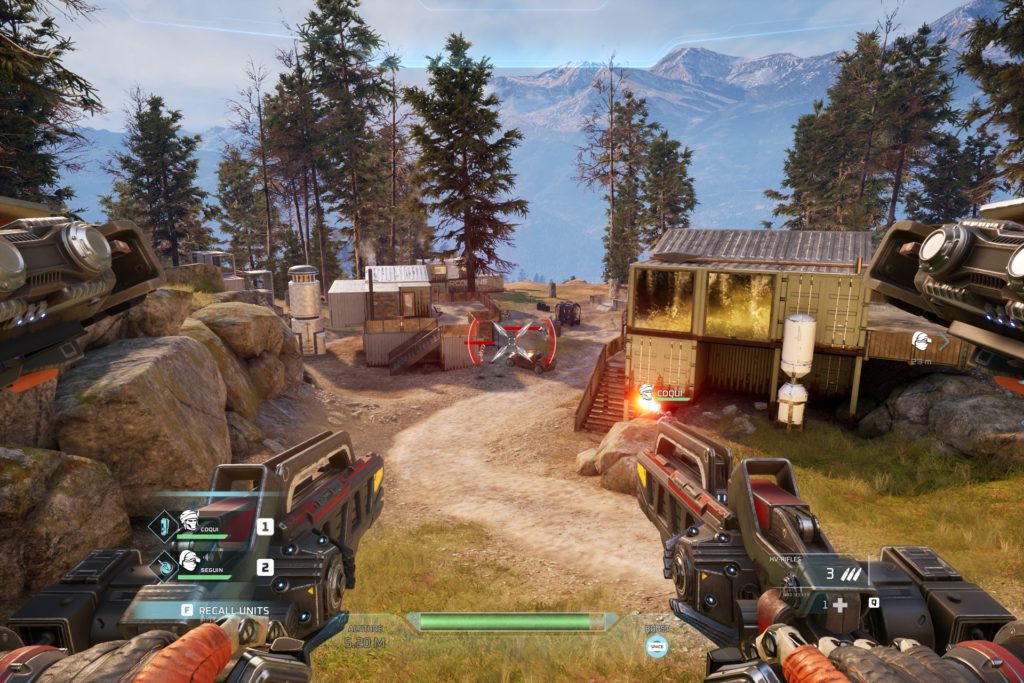 Disintegration is a unique game that does quite a bit right but stops short of being something truly outstanding. I think the recipe is here, and that V1 Interactive is on the right track, because the way you interact with your team, and richness of the story really sells a world that deserves exploring. Unfortunately, the tedium and repetitiveness of the encounters doesn’t really work in a long-term capacity. An hour for a mission where you’re essentially running the same tasks over and over again because that is the path of least resistance seems like a missed opportunity. With that being said, Disintegration still provides several hours of interesting gameplay and a story that would be worth the price of admission, even if you only go through it once.

Tags: Disintegration, Gravcycle, steam, V1 Interactive, xbox
Summary
Disintegration is an RTS/FPS hybridized story-driven game. When combat is in full swing and every move you make is gold, Disintegration feels like an experience worth having. Unfortunately, some of the higher difficulties may fail to hold your interest as some missions can take quite a long time, and the combat can feel very repetitive, with encounters rehashing a lot of the same enemies and experiences. With an added multiplayer mode, Disintegration does have some replayability, but most likely, experiencing the well-crafted story may be the extent of many players' experiences.
Good
Bad
6.2
Fair

Written by
Steven Weber
Steven Weber is a writer, he also loves to game. He produces several streams, all of dubious fame. If you’ve ever wondered, “How does he spend his time?” It’s spent writing this biography and trying to make it rhyme.
Previous ArticleAudeze Announce The Penrose Wireless Console HeadsetNext ArticleRogue Legacy 2 – Early Access Launch Delayed 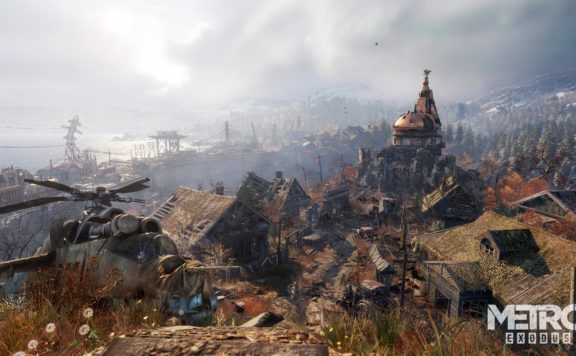