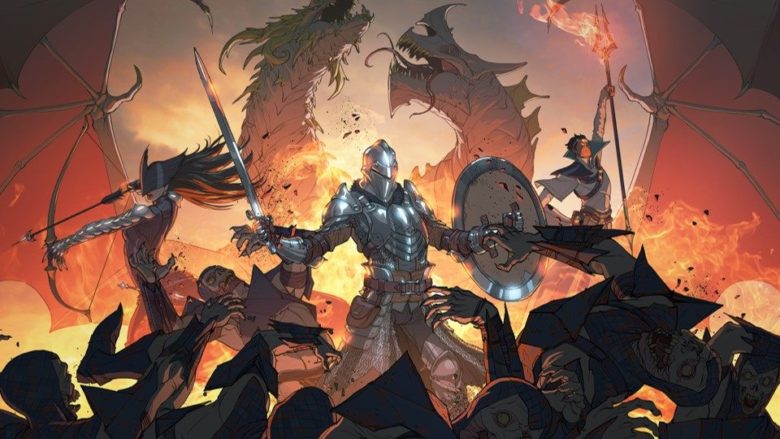 It’s that time of the year again! On December 4th, the Bioware community celebrated the unofficial Dragon Age day. Last year, the developers shared four short stories to feed the fans some crumbs of lore. This year the tradition continues!

“We are continuously amazed by the passionate, diverse, inspiring, and creative community that has come together to join us in the land of Thedas. We are humbled by the ways in which you have expanded and celebrated the world of Dragon Age. From captivating fan fiction, beautiful character art, and cutting edge cosplay to themed weddings, birthdays, tattoos, and even baby names, the world of Thedas has extended beyond the games and is now it’s own living breathing place embodied by all of you. We can not thank you all enough for your continued support and love for the franchise. It is what inspires us each and every day to continue to build new worlds, characters, and stories for you to explore.”

The first story, Won’t Know When, features a couple of Grey Wardens that have previously made appearances in other media. For the Grey Wardens, danger lurks around every corner. Two Wardens must decide what it means for their future.

The two Grey Wardens in question are Evka Ivo and Antoine, the protagonists of Tevinter Nights’ Hunger by Brianne Battye. The Dwarven Grey Warden also made a separate appearance in The Next One by Brianne Battye, one of the four short stories released for D4 Day in 2020.

Grey Wardens are incredibly important to Thedas. Not only is the protagonist of Origins, the first game in the series, a member of this ancient order, but the Wardens have affected the world of Thedas in the past and continue shaping its future.

In the Behind the Scenes video, we can hear the battle cry proclaiming “For the Wardens!”, additionally a few short stories set after the events of the Inquisition feature the Wardens: 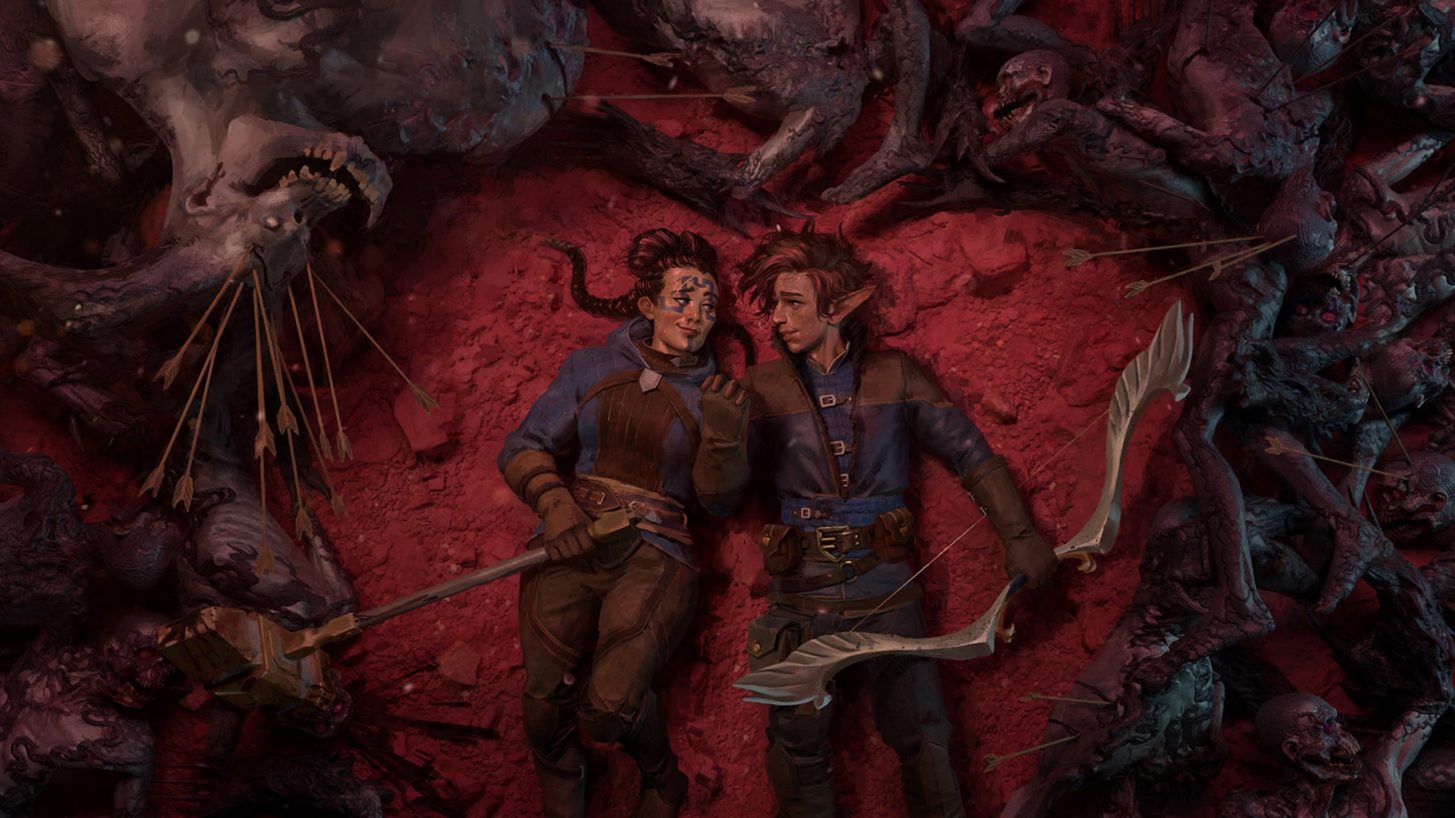 The second story, The Flame Eternal, features a couple of characters that belong to the Nevarran necromancer order, the Mortalitasi. This pair of necromancers sets out to investigate what torments a distressed inhabitant of the Grand Necropolis. The Mortalitasi have a few different orders among them, including but not limited to the Guides of the Path who shepherd the corpses and the elite guardians and keepers known as the Mourn Watch.

Professor Emmrich Volkahrin, one of the characters from the short story, is a Mourn Watcher that also appeared in the Tevinter Nights’ tale Down Among the Dead Men.

With King Markus Pentaghast doing worse by the hour, a political struggle is breaking out in Nevarra. Noble houses Pentaghast, van Markhams and others prepare to fight for the throne. Meanwhile, some Mortalitasi believe that they are better suited to rule.

The Tevinter Nights short stories had a few tales featuring the Mortalitasi: 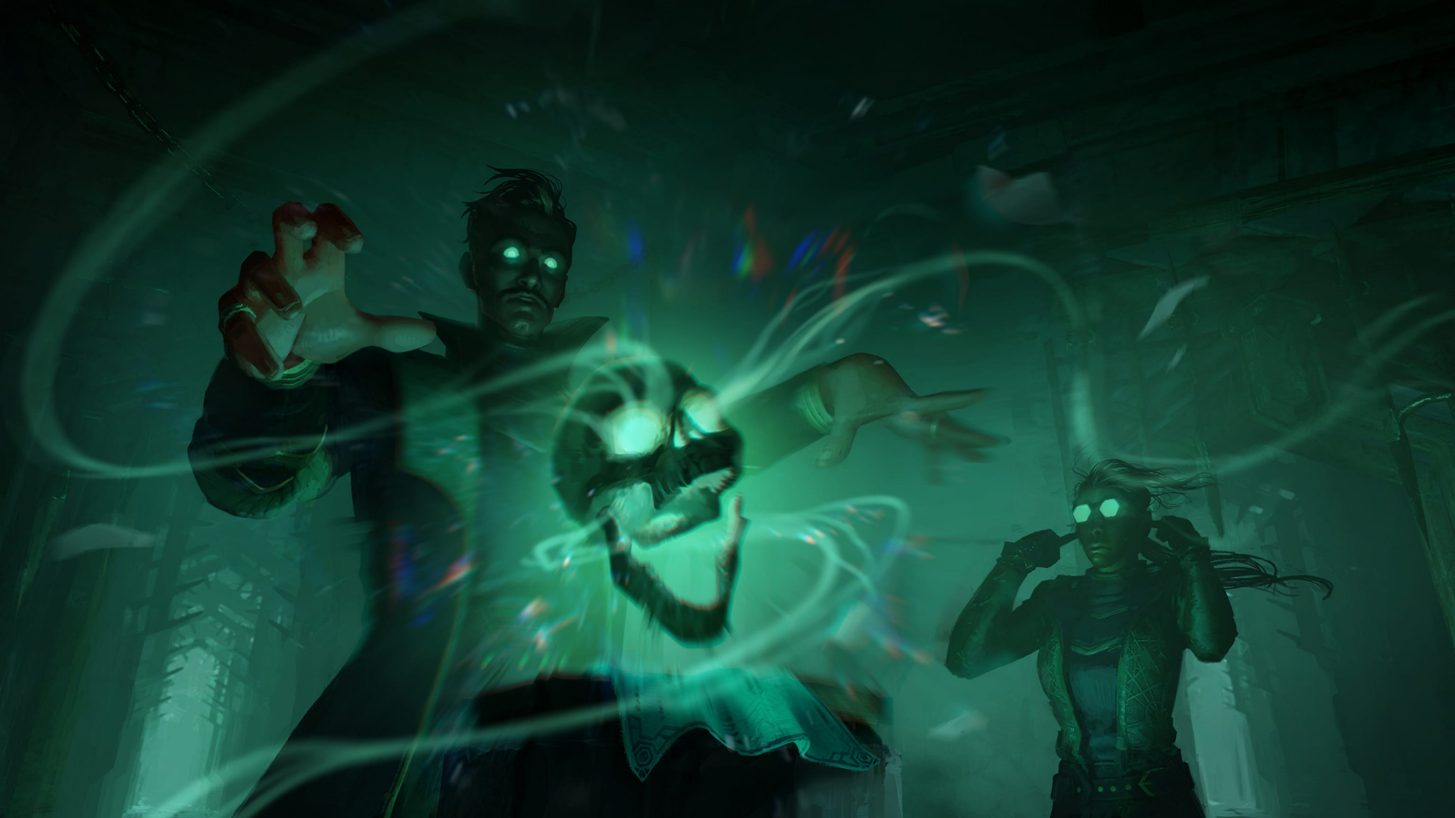 The team is not quite yet ready to share more details about Dragon Age 4 or, as it had been dubbed in the community, Dragon Age: Dread Wolf Rises. There is so little we know for sure when it comes to the game, but we can speculate and wonder! If you are interested in the lore of Dragon Age, consider checking out our articles dedicated to the possible locations, organizations and characters that might be making appearances in the latest game. And hold on tight – sooner or later we’ll learn more.

Meanwhile, the team offers new additions to the store that fans can feast their eyes on – and spend a handful of cash to have the new Varric or Solas statues making their shelves a better place.

“Every great war has its heroes. I’m just curious what kind you’ll be.” — Solas

The Dragon Age™: Inquisition – Solas (Fade edition) statue shows Solas in his in-game armor walking down moss-covered stone stairs with the ‘Fade’ in his eyes, bursting with Fade energy, while looking slightly to his right-hand side. He has his Isana’s Song or Acolyte staff on his back and his left after across his chest. It also includes the parts that come with the Standard edition statue, which are Solas deep in thought with his hands clasped behind his back as well as the Veil edition statue, which are Solas holding the Isana’s Song or Acolyte staff in front of him and his left hand by his side (i.e. a total of 2 separate heads, 3 sets of arms, the Isana’s Song staff and Acolyte staff).

Meanwhile, Bioware and Dark Horse present the fine art print and a statuette featuring the man, the myth, the legend – Varric Tethras. Varric Statuette stands at 6 inches tall, with a base measurement of 4 by 4.25 inches in diameter. Sculpted by Bigshot Toyworks and prototyping and paint by J.W. Productions. You’re also getting a sneak peak at the next adventurers to join the party, with Iron Bull and Morrigan, pre-order release timing yet to be announced.

If you need to hear that familiar voice of the best dwarf companion, check out the trailer shared by the team a year ago:

The world of Thedas needs you, a new hero. The next #DragonAge will see the return of Solas… and an old friend. pic.twitter.com/KoRyDoqKmD

Written by
Catherine Daro
While growing up in the wilds of Russia, Catherine learned to talk, write and game at almost the same time. You can follow her attempts at latter two at MMORPG.com and GameSpace.
Previous ArticlePF: WotR – Update 1.1.4d Is HereNext ArticleGame Room Ideas to Spice Up Your Evenings