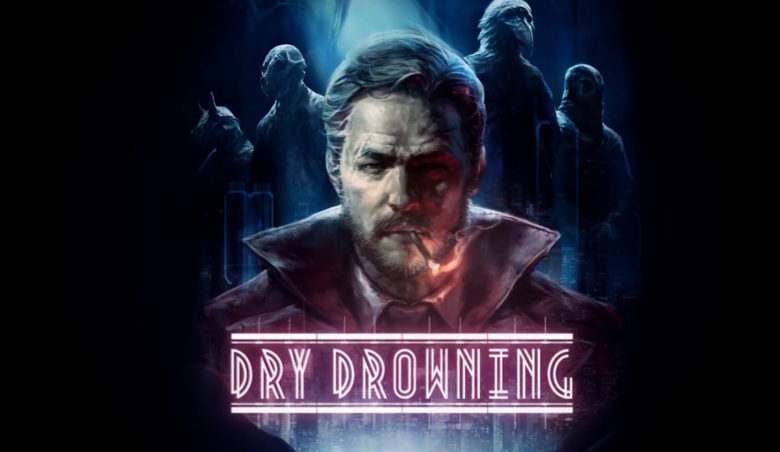 “Visual novels” seem to be more and more common on the Nintendo Switch. A lot of speculation can be made why this is so. One reason is that they make for great low-key, short interactive sessions on a portable gaming system. Sessions that are perfect fits for a train or bus ride to and from the office. For me personally, I like reading, I’m just not a good novel book reader. I prefer my reading with illustrations, hence comic books, graphic novels, and yes, visual novels on a gaming system. One of the latest entries to enter the fray is Studio V‘s Dry Drowning on the Nintendo Switch. 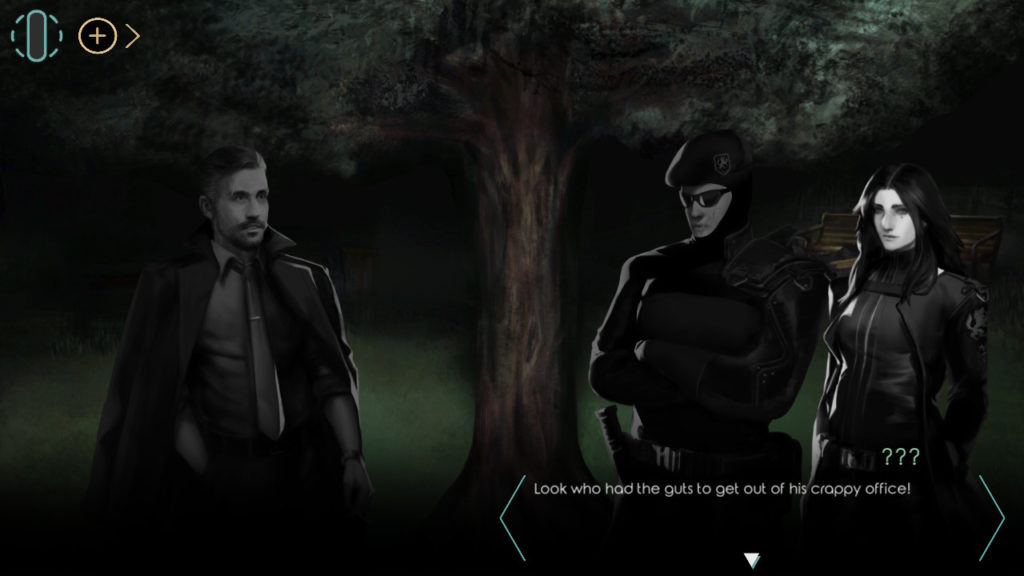 “Saturday, in the park”

Simply put, Dry Drowning is an investigative murder mystery visual novel set in the futuristic, almost cyberpunk-ish, dystopian universe of Nova Polemos. Dry Drowning was originally released for Microsoft Windows in August of 2019 and is now seeing a port to the Nintendo Switch. Throughout the game, you’ll play as private investigator Mordred Foley. Mordred was accused of falsifying evidence and was acquitted due to a lack of evidence. Foley is looking for redemption while he obsessively tries to catch a mysterious killer known only as “Pandora”.

Non-Readers, No Need To Apply 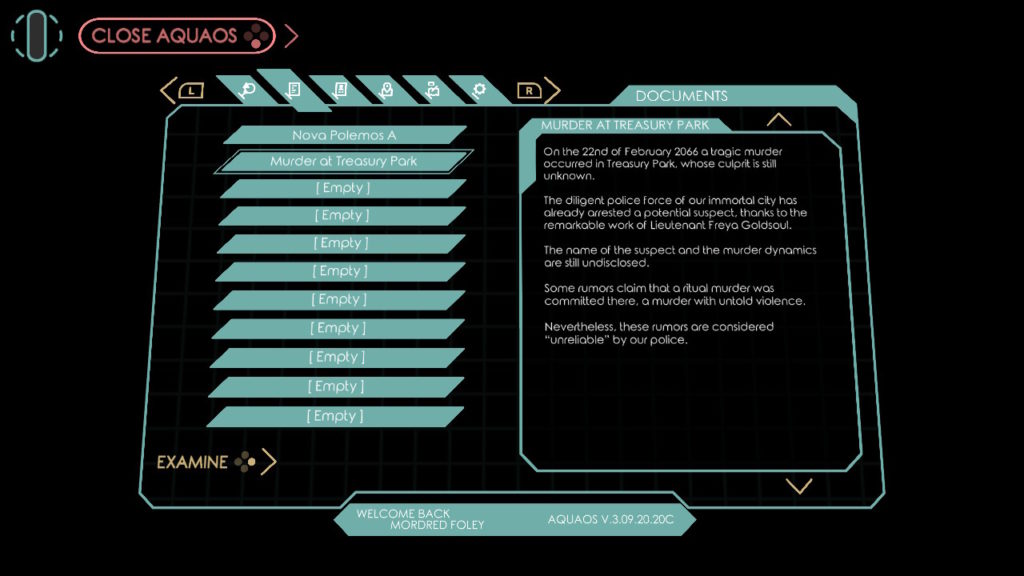 To be blunt a visual novel game like Dry Drowning is just what you’d expect. It’s less about trigger fingers and more about the story. There’s a lot of reading of dialogue that takes place back and forth between characters. There’s a lot of journal reading, known as AquaOS, as well. Unlike other games, some reading of journal entries is required if you want to “succeed” in this game.

Dry Drowning tries to break up the monotony of just reading with some fulfilling interactive elements. For example, the story changes course based on your choices. The developers have stated there are more than 150 story branches and 3 completely different endings. Throughout the game, at key moments you have to pick one of two choices. 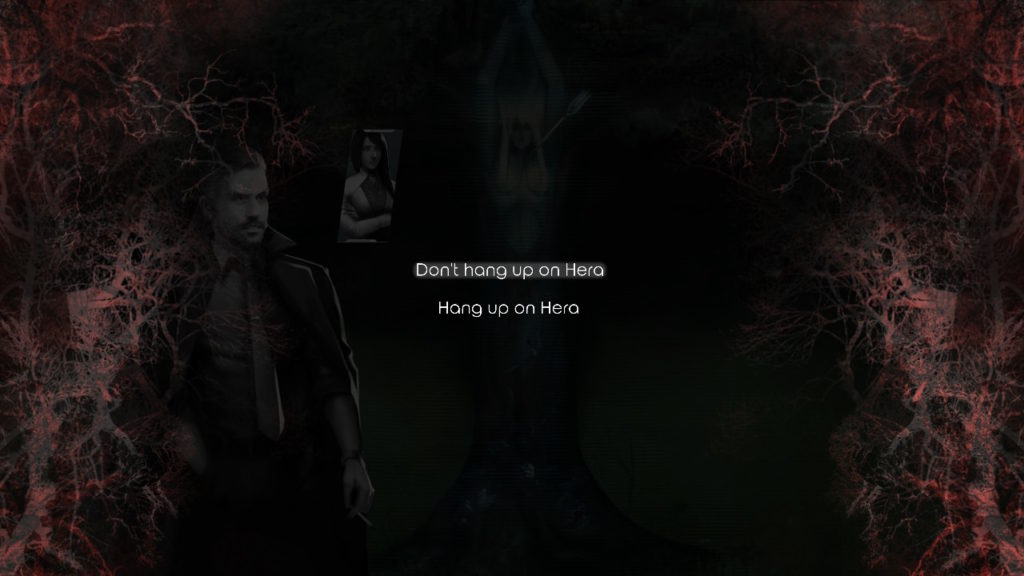 There is no try, there is do or do not.

Unfortunately, these choice screens unearth one of our few minor complaints. The user interface doesn’t clearly highlight the choice you are making. Yes, the text is bigger but it took some angst to figure this out. 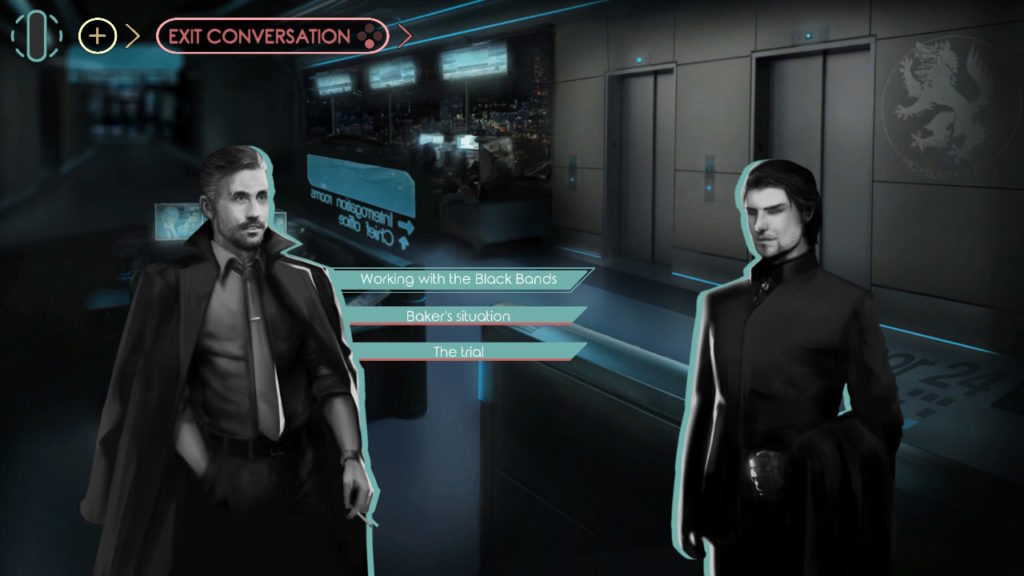 Another interactive example is you’ll also do things like interrogate suspects. There doesn’t seem to be any right or wrong way to interrogate, unfortunately. At given points throughout the game though you’ll have to make statements where you become the prosecutor and you need to state your facts. 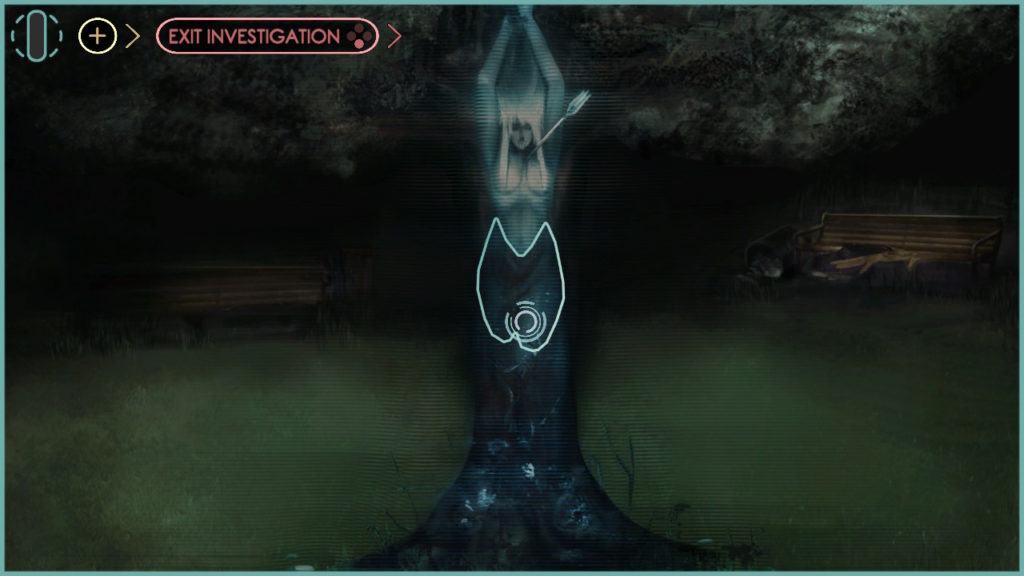 Investigation mode, talk about an arrow to the knee?

You’ll also be able to “investigate” the area, i.e. current screen, you’re on, and highlight items in the background for more clues. Sometimes this will add items to your inventory or update your journal. Your AquaOS also has a “diary”. This is where you’ll see quest objectives, more like a “next things to do” type list. 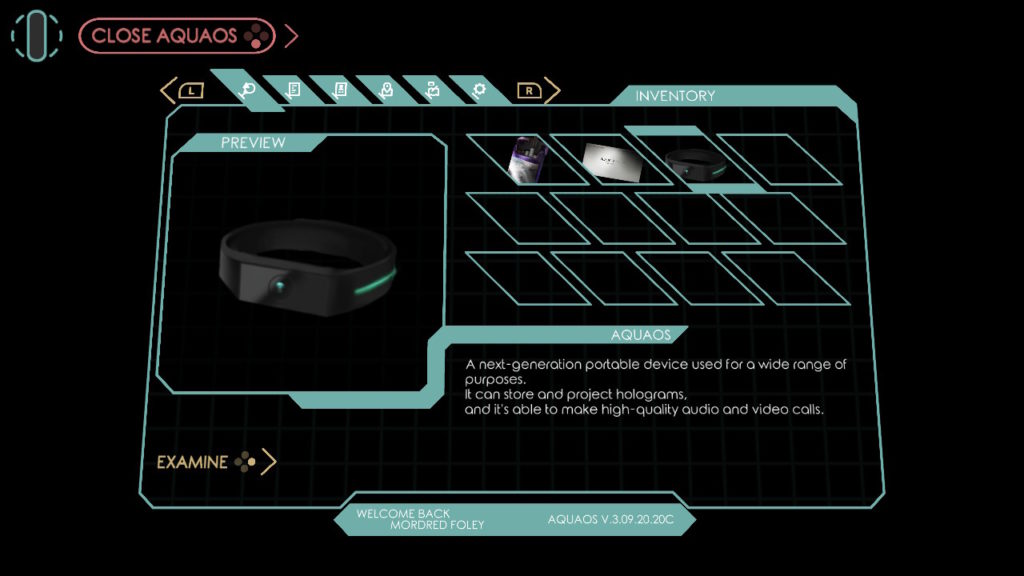 The inventory screen was another touchy subject of a minor complaint as some items seemed to blend into the background too well, e.g. the AquaOS item. Perhaps the brightness needed to be turned up on the game, though I like the ambiance of the default setting. Unfortunately, it took me a long time to realize I had an “AquaOS item” in my inventory versus my inventory being part of my AquaOS.

You Get To Live The Nightmare 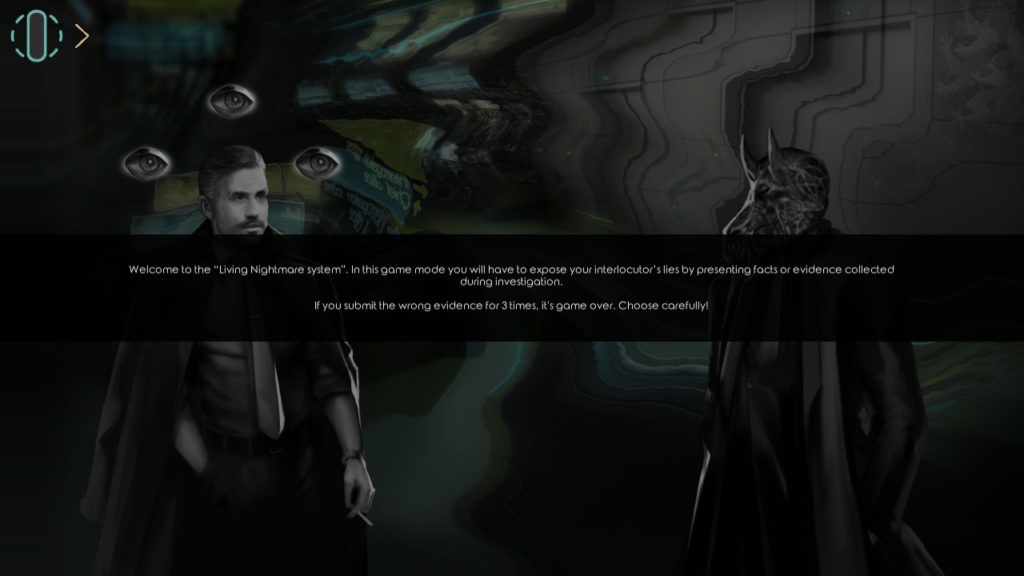 The “living nightmare system” is the aforementioned point in the game where you have to expose your suspect’s lies. Three wrong “guesses” and it’s game over, sort of. Failing allows you to restart at the point you failed. The downside is you have to replay through a bunch of dialogue again to get to the choice-making segments.

Dry Drowning played well in both docked and undocked mode. Undocked does suffer from “tiny text syndrome” in some spots but zooming in helped get over those hurdles. The interface to get through the screens is well documented with hints on-screen so those mechanics were never an issue.

Minor complaints aside Dry Drowning is a top-notch visual novel with a dark, moody murder mystery behind it. It’ll take roughly 20 hours to get through a pass but it’s certainly an engaging endeavor. If you’re a fan of reading and playing a game without exerting a lot of adrenaline, then Dry Drowning is definitely for you. High-speed gamers though should look elsewhere!

Note: Our copy was reviewed on the Nintendo Switch with a code provided by PR.
COMPARE TO: Along The Edge 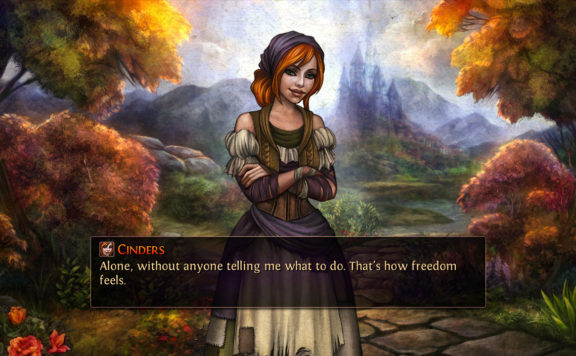 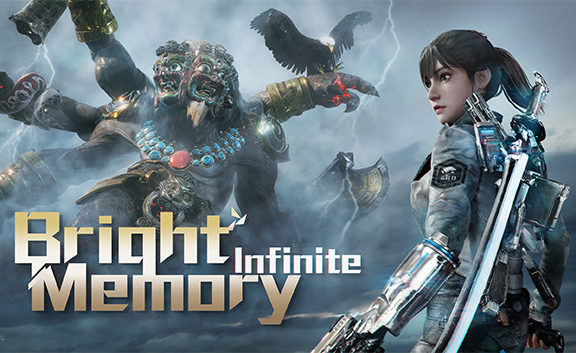