Gaming is at a place it has never been before.  I’m 34 years old and I grew up playing games, something my parents didn’t understand, and I continue to do so.  Almost everyone I know my age played games when they were younger, still do today and had parents just didn’t understand.  How does bring gaming to place it’s never been?  For the first time, it truly spans multiple generations and gives us new gamers who just don’t know how good they have it and us old timers who want nothing more than for games to be like they used to.

Developer David Szymanski and publisher New Blood Interactive have taken that last part quite literally and brought us DUSK, a literal MS-DOS throwback drawing clear inspiration from some of the most popular older PC games like Quake, Doom, Heretic, and Hexen – clear down to the pixelated graphics (which there’s a slider for if you crave extra crunchiness).

When I first booted up Dusk I couldn’t help but laugh.  I knew I was going to be getting a dose of nostalgia but I wasn’t quite prepared for the literal fake-DOS loading screen that I was greeted with.  The wall of text was a beautiful precursor to the labor of love I was soon to find myself in.  After checking out a few settings, like the low-spec mode and the pixelation slider, I loaded into the game to find myself in a room with three chainsaw wielding hillbillies and two sickles to defend myself with. 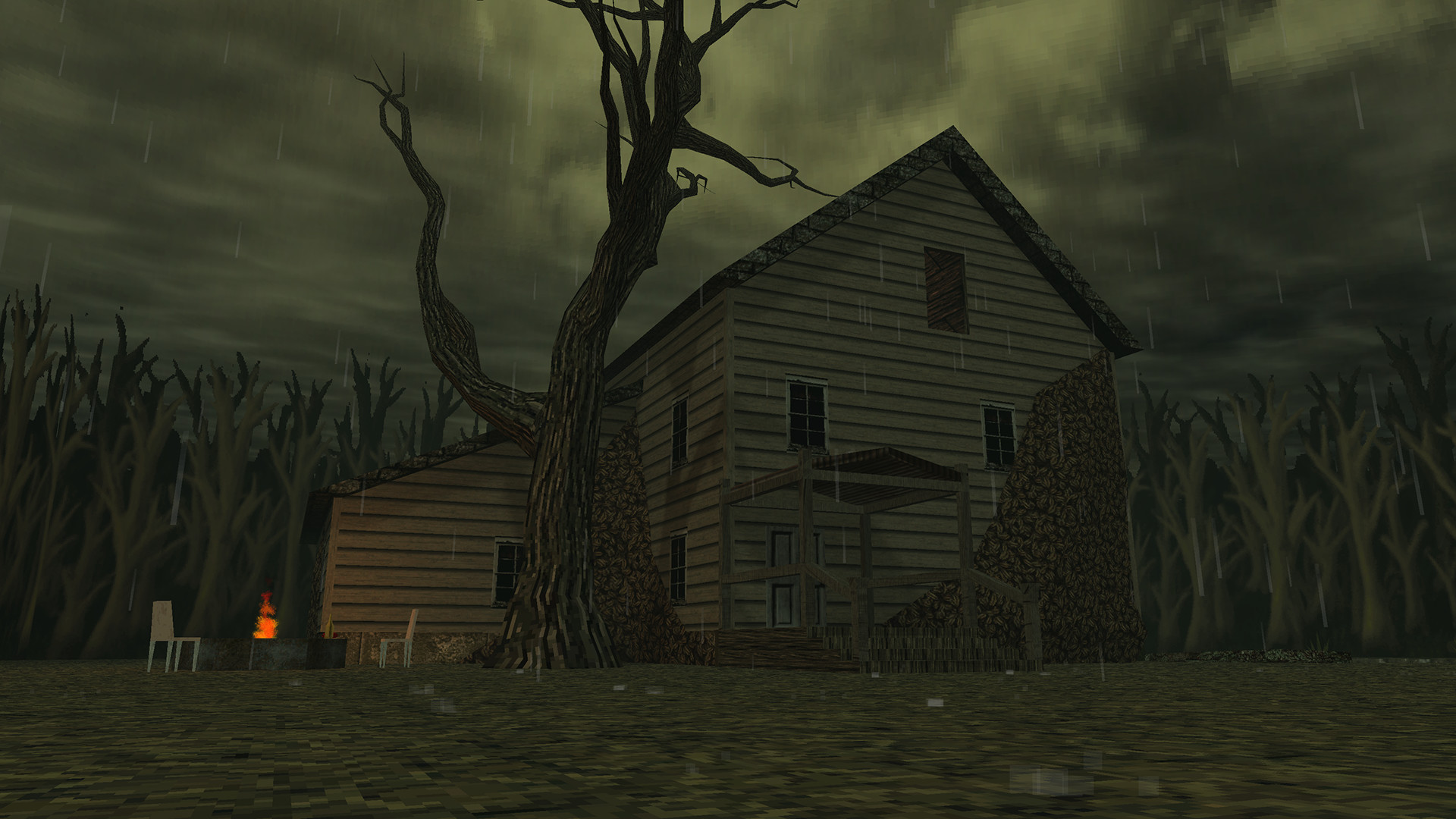 Memories came flooding back to me as I sliced and diced through my foes in this first room.  From the textures to the level design and the “HUP HUP HUP” of chain jumping through the air it quickly became clear that DUSK was something special.  The controls feel almost exactly like I remembered them when playing Quake (minus the chance of a pesky dirty mouse ball throwing off your aim) and the movement speed is hasty enough to capture the feeling of being one step away from total chaos.  Mob health feels well balanced to where most of the time you aren’t going to one shot things, but it’s also not going to take more than a few shots for your standard trash targets

It wasn’t long before I found my first weapon, a pistol, and started shooting weird, magic-wielding cultists with indiscriminate glee, which was only compounded when I accidentally stumbled over another pistol and promptly started dual wielding.  I figured this would be the highlight of my gaming session but it wasn’t long before I found myself dual wielding shotguns, jumping around (hup, hup, hup!) and laughing so manically I drew concerned looks from my wife.  DUSK has accomplished something I didn’t think would ever happen again after a string of disappointing releases: I felt like a kid again and my face hurt from smiling. 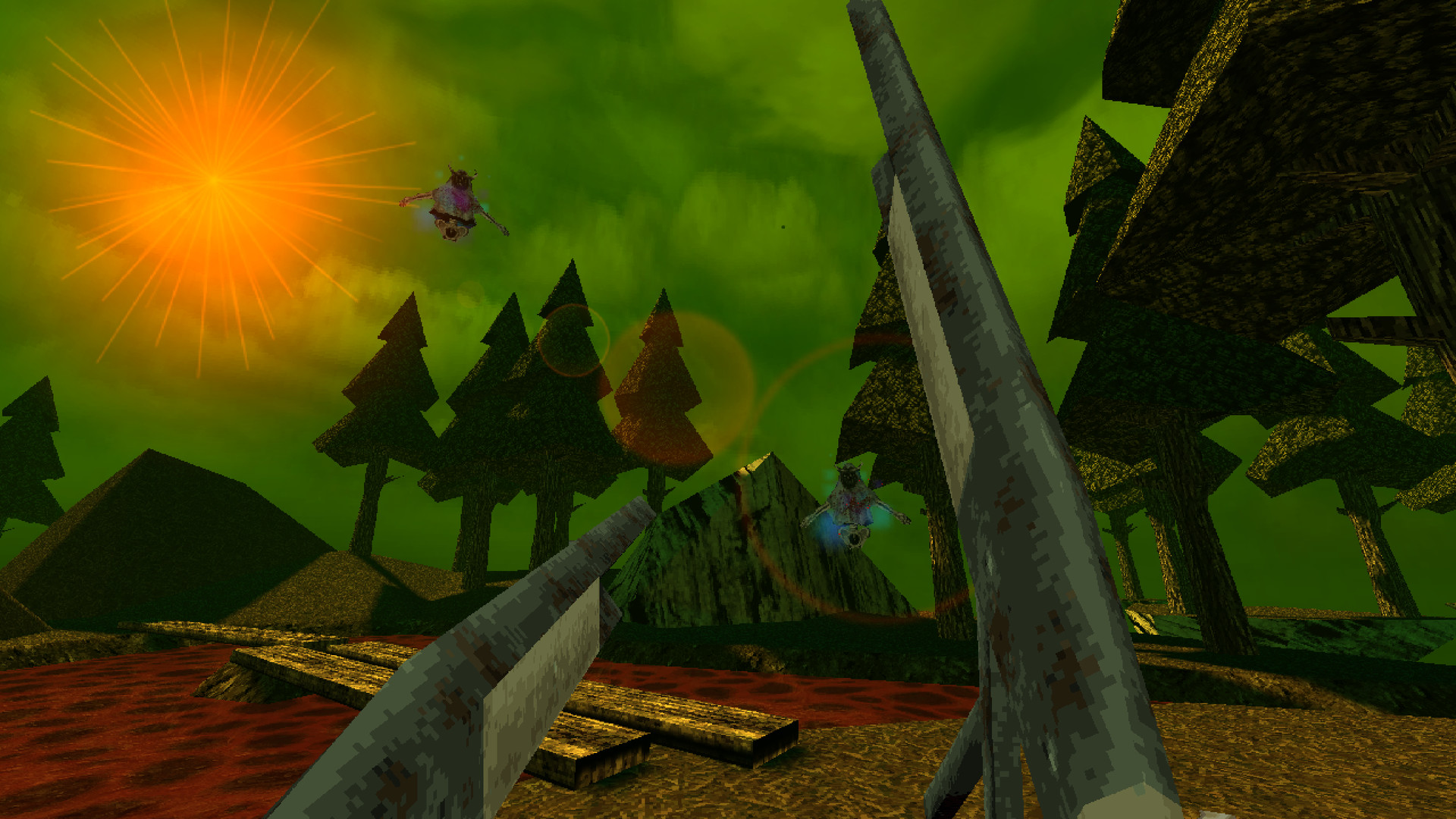 I have yet to discover all the weapons but the steam page promises sickles, swords, crossbows, rifles, pistols, shotguns, double barrel shotguns, grenade launchers, and rocket launchers.  The developer says there’s a story if you pay attention but don’t expect some sprawling and deep storyline.  To me, it’s more like the “storylines” you’d get in the 90s shoot-em-ups.  You glean the basic purpose of the protagonist and what’s going on in the world around him but, really, you’re just there for the killing.  Each level is met with a recap letting you know your time, the developers time, secrets you got and how many enemies you killed – all the makings of future speed run competitions.

Eventually, you run into a boss, which made for an exciting encounter in its own right.  I found myself strafing around the room, using pillars to avoid attacks while blasting away with dual shotguns.  Once the ammo was out I was unloading with an assault rifle and at the end was down to using pistols.  It was fun, engaging, fast-paced and perfect. I can’t stress enough how well conceived this game is giving more value for the $20 on Steam than all the crazy indie games you can find charging just as much or more.  Pure, unadulterated fun is the term that comes to mind and it’s the kind that let me play Doom and Quake over and over again for hours upon hours when I was a kid.

As fefor on Steam put it, DUSK is “a love letter to the old school FPS genre” and I couldn’t agree more.  DUSK has seemingly managed to do a 90s first-person shooter better than the 90s did first-person shooters – and that’s nothing short of amazing.  There’s was something beautifully simplistic about slaughtering monsters to badass rock music and in that way DUSK is the 90s gamer’s Mona Lisa.  So, if you ever feel like you want to throw on a pair of rose-colored glasses and look into the past at your favorite games of yore, don’t. Just go pick up a copy of DUSK, skip the glasses, and feel like a kid again.

Tags: 90s, 90s FPS, Dusk, FPS, pc, retro
Summary
DUSK is love story written about 90s FPS games that perfectly encapsulates everything that was great about the genre in the 90s. From the pixilated graphics to the classic weapons and gameplay, DUSK is a must have for any older gamer seeking a taste of childhood nostalgia.
Good
Bad
9
Amazing

Gaming is at a place it has never been before.  I'm 34 years old and I grew up playing games, something my parents didn't understand, and I continue to do so.  Almost everyone I know my age played games when they were younger, still do toda...
7.9
Average User Rating
9 votes
Have Your Say!
Your Rating: 0
Submit
Write A Review