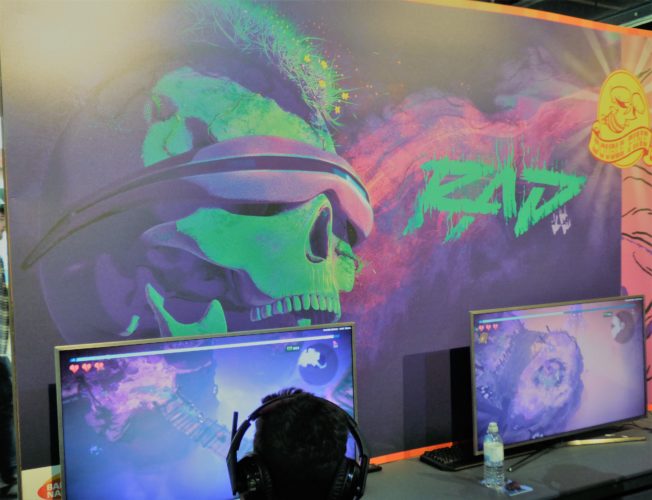 As if Rezzed needed a prologue to the gaming industry’s apparent impatience with the dirge of bleak post-apocalyptic nightmares, Rad’s neon backdrop screamed into my first meeting at Tobacco Docks. Rad is a post-apocalyptic roguelike developed by Double Fine, the team behind Broken Age, Psychonauts, and Full Throttle, and published by Bandai Namco. It puts players in the shoes of a lone teenager, pushed out into the radioactive wilderness and bearing the weight of the world on their shoulders. If this all sounds a bit cliché, that’s because Rad is a subversive take on the typical end of the world tropes that we’ve seen so often.

Kept under wraps for the last few years, Rad immediately demanded attention when the team from Double Fine brought their latest title to EGX Rezzed in London last week. The blistering color palette is a definite departure from the expectations of most survival experiences. Gone are the drab greys and dismal browns. In comes blistering neon pink, electric blues, a comic book impression that screams action even while standing still. Synth wave electronic beats accompany the whole presentation making Rad a definite wake call and a roguelike with a difference. 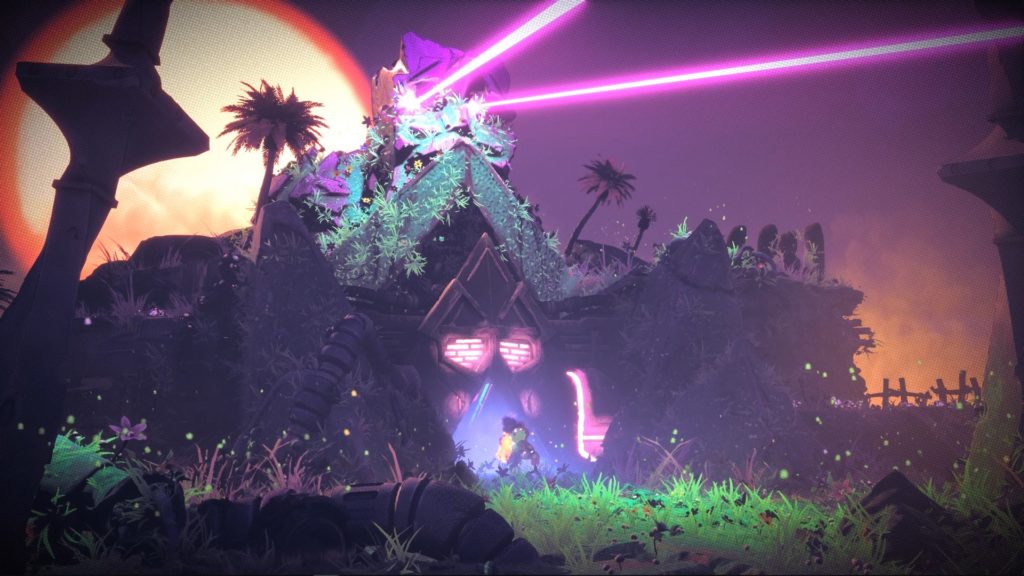 While the fundamental premise behind Rad is not entirely ground shattering, Double Fine has crafted this with a knowing nod to well-worn tropes. In the future, the world has suffered two apocalyptic events The only things that remain on this irradiated rock are a few survivors, some very weird wildlife, and advanced technology. In an effort to change things for the better the mutant offspring of a local village are dispatched to terraform the world. Choosing one of eight unlockable teens from the game’s menu, players can jump straight into their own adventure.

Plodding out into the first wasteland it quickly becomes obvious how a bat-wielding mutant teen is going to save the world. Each of the eight protagonists leaves their very own trail of fauna behind them as they go, taking the inhospitable environment and planting a new future. Of course, things are not a walk in the park. Like many roguelikes, Rad is a multi-level adventure made up of several biomes, interspersed with boss encounters, and an army of unusual enemies to attack in between. Level structure and enemy placement are randomized, as well as NPCs and loot distribution, which you might well expect. What makes Rad unusual is that this-this procedural generation is more than just about making a maze. Rad’s thumping soundtrack contains a procedural loop of synth, bass, and treble with guitar tracks looping and the drums kicking in when they make the most sense. NPCs that litter your journey have a little lore to give, and Double Fine manage to thread a number of possible narrative outcomes across the full game. Suddenly, Rad is more than a bright skin and some banging tunes. 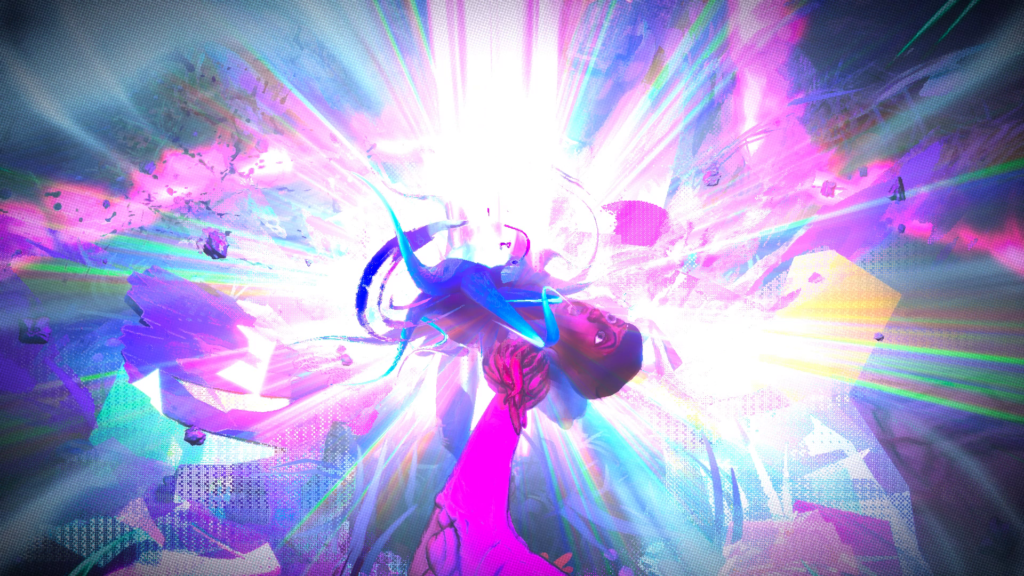 Combat also introduces a new variation on the roguelike experience. While a trusty bat can clobber and the eight teen combatants can jump, kick, and dodge roll, mutations are the key to Rad’s evolution. Normally you’d expect to loot the next pointy stick as you stave off death in a desperate bid to reach the next checkpoint. In Rad, mutants are their own weapon. As you crush enemies and restore the landscape to a green hue, a mutation meter creeps up on you. Top it off and a randomized mutation occurs. These mutations utterly change the way the game plays and add extra abilities to players. This ranges from mind control, silly snakeheads, to a nasty looking discharge that leaves a trail of acid as you walk. These mutations are not the only extra options that are available, sneaking through the green undergrowth provides temporary bonuses, find the right NPC and you can swap loot for power-ups, add a little inventory space, and even store some loot back at the bank incase of an untimely death.

Fundamentally, Rad isn’t all that different from the roguelike dungeon games that you might already know. This makes getting to grips with the controllers intuitive and understanding the end goal relatively easy. No matter how advanced the underground laboratories look, or where the latest abandoned vehicle sits, you’ll want to grow some plant life, bash toxic horrors, and make your way to even uglier nasties. I only got a short burst of Rad but it is stupendous fun. The glowing visuals, the wacky combat, and procedural beats are all amazingly well constructed and I cannot wait to see how Double Fine manage to weave a narrative into this toxic tale. Rad is out on PC, PlayStation 4, Xbox One, and Nintendo Switch soon. You can check out the official trailer below or check out the website for more information.

Written by
Ed Orr
For those of you who I’ve not met yet, my name is Ed. After an early indoctrination into PC gaming, years adrift on the unwashed internet, running a successful guild, and testing video games, I turned my hand to writing about them. Now, you will find me squawking across a multitude of sites and even getting to play games now and then
Previous ArticlePoint and Click Adventure Silence, is GoldenNext ArticleRespawn Teases Star Wars Jedi: Fallen Order 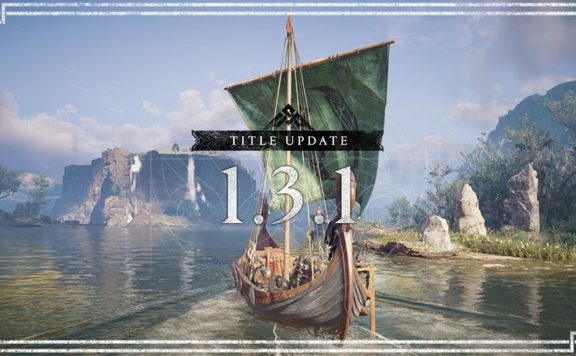 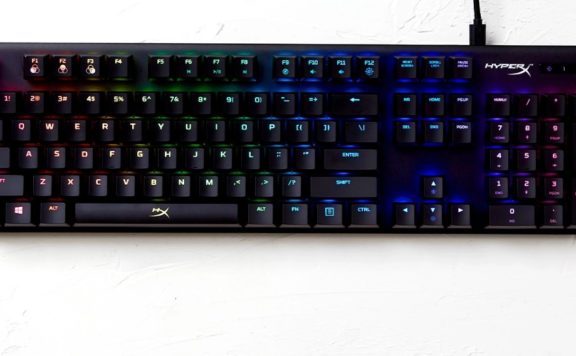 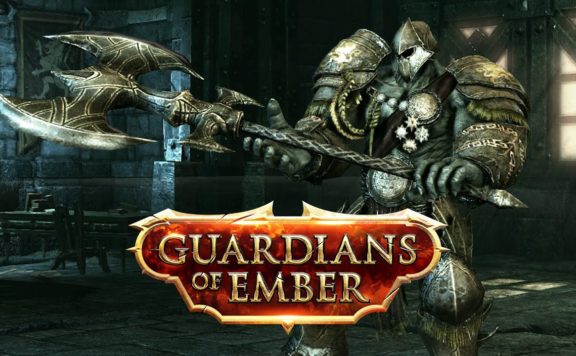 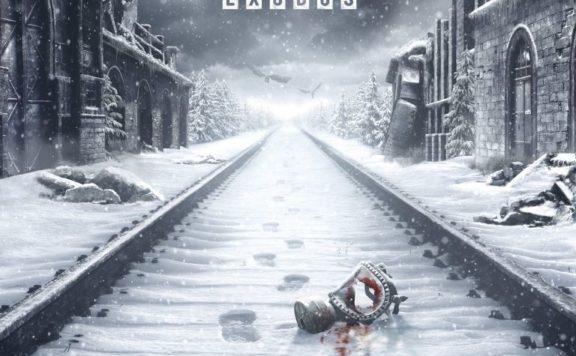