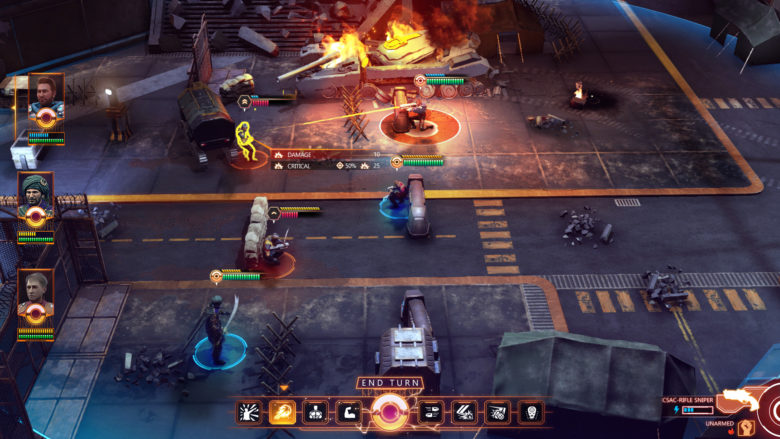 Elemental Space is bringing a new turn based story to Xbox One and PlayStation 4 in the first quarter of 2020. Jump forward two hundred years and get ready to fight for your own future.

Publisher Blowfish Studios has confirmed the estimated time of arrival for developer Inca games and Sixth Vowel’s new turn based strategy game. It joins the Pc release from earlier this year and while this might be a fairly general arrival date, compared it to two hundred year and it’s pretty much right now. Elemental Space is a tactical squad based RPG that puts players in the guise of Captain Pietham. An otherwise upstanding citizen living under the rule of the Galactic Congress, he is framed for a terrorist attack. As players progress through the game they will face a range of competing factions and forces that are out to stop the captain from clearing his name.

As you travel the breadth of the known galaxy, you’ll encounter a range of potential recruits for your squad. Each of these unique individuals comes with their own set of skill and can enhance your fighting force in a very particular way. This allows the squad to be fitted with a range of skills, unlock able weapons, and perk trees of your choosing. There is plenty potential to play your own way in Elemental Space.

There’s a heavy narrative focus here too. Each squad member seems to come with their own backstory and it’s no wonder. With a Galactic Congress, A terrorist faction, squad stories, and a terrible conspiracy all between you and a clean name, this could be a deep dive.

If you are ready to sign up with the captain and lead the turn based fight for truth then Element Space is due out on Xbox One and Playstation 4 . You can find out more about the game over on the official website right now.

Written by
Ed Orr
For those of you who I’ve not met yet, my name is Ed. After an early indoctrination into PC gaming, years adrift on the unwashed internet, running a successful guild, and testing video games, I turned my hand to writing about them. Now, you will find me squawking across a multitude of sites and even getting to play games now and then
Previous ArticleSpooky Grand Prix Gets Halloween Off The Grid In Crash Team Nitro RacingNext ArticleBurn Bright in Candleman for Nintendo Switch