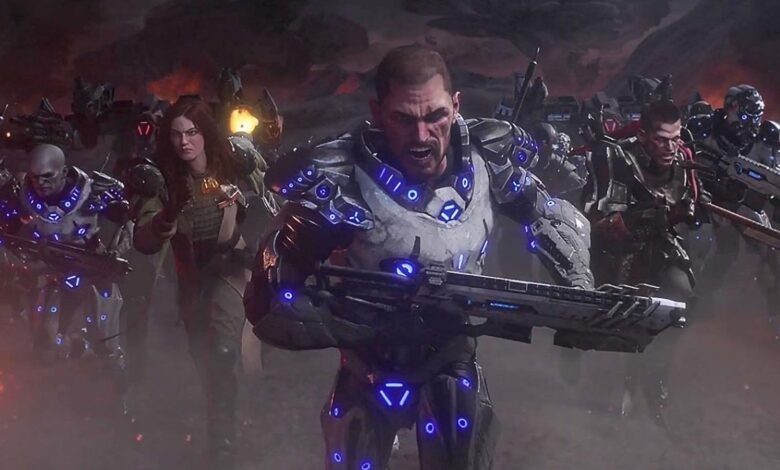 My experience with Piranha Bytes’ ELEX released in 2017 is not great, all I know is that it’s an open-world RPG that combines a post-apocalyptic sci-fi setting with more standard fantasy elements and memorized gameplay seen on streams. This also means that I’m not entirely sure if I’m the target audience for the game’s upcoming sequel, as even a few hours of playing ELEX II left me with a strong impression that the game is largely geared towards those who have already spent a lot of time playing games from this studio.

Elex 2, developed by Piranha Bytes, the same group of people that gave us the Gothic games and the previous Elex, takes players to the vast sci-fi world of Magalan, where the fearsome Skyands (alien invaders) threaten to enslave the inhabitants of the planet. The game is a third-person role-playing game that aims to show everyone that it’s better than its predecessor in almost every way.

Over the past twenty years, the developer has been responsible for three major games: Gothic, Risen, and Elex. Gothic has become a cult hit, while Risen and Elex have retained their own strengths. The Piranha Bytes games are arguably amateurish as they span and truly define the “Eurojank” sub-genre. While many give Eurojank a negative connotation, that’s simply not true – these games are often described as over-ambitious and only lack the extra glitz and budget of big AAA titles.

The events of ELEX II take place several years after the events of the previous part. Players once again take control of Jax, the hero who saved the world from the threat of the Hybrid (the main antagonist of the first game). Apparently, the world has moved away from the events of the first game, and Jax has retired to the seclusion of the countryside to live in peace and quiet. So it was until a new threat befell Magalan, by chance, razed to the ground a modest house in which the main character was and almost buried him under his own rubble. Infected by some sort of slowly spreading mutation while encountering these alien invaders, Jax takes up arms again to defend his homeworld.

Once again putting the players in the place of the rude protagonist Jax, in which our hero needs to strike at the aggressors in a short time. In practice, in the game you get stuck in a bunch of third-person battles, chatting a lot with NPCs, making decisions that affect the overall story, and completing side quests. Also, for the uninitiated, “Elex” is more than just a fancy name – it also serves as a super-powerful raw material that can be used to imbue objects with great power.

The world of Elex is a curious mixture of post-apocalyptic science fiction and medieval fantasy (also known as “science fantasy”). Imagine if you want a mixture of Mad Max and Skyrim/Fallout.

In the previous installment, you were also trying to unite the opposing warring factions against a common enemy, and now a mysterious group of aliens have accidentally appeared to threaten the world, and Jax does not need to do the same again in this game.

And don’t forget about Jax’s jetpack, which opens access to hard-to-reach places and makes descent from any height not only possible but also elegant. Players have access to this useful device from the get-go and jump recklessly from great heights only to land safely moments before the punch never gets old. However, the jetpack’s starting stats, like all of Jax’s gear, are weak, and the upgrade systems are not only non-intuitive and left up to the player, but also require a lot of different materials and currency, not to mention specific workbenches to find.

How does combat work?

The world of Elex is a mixture of post-apocalyptic science fiction and medieval fantasy. Imagine if you want a mixture of Mad Max and Skyrim/Fallout.

In the previous installment, you were also trying to unite the opposing warring factions against a common enemy, and now a mysterious group of aliens has accidentally appeared to threaten the world, and Jax does not need to do the same again in this game.

Almost the same, but a little different

The original Elex was a story about an Earth-like planet. After Magalan is nearly destroyed by a comet, the survivors band together into factions. A by-product of a comet, Elex is a mysterious resource, and each faction uses it differently. Berserkers use Elex for magic, while Forsworn make weapons, and Cleric religious zealots practically pray to him. You play as Jax, who is an Alb. Albs are enemies of everyone and those who directly consume Elex. This makes Albs physically strong but at the cost of their emotions.

And again, the main character Jax starts the game with almost nothing, forgetting about everything that is possible, and apart from a piece of a broken pipe instead of a weapon and some basic equipment, he has nothing.

This time it starts in the middle of a family drama, trying to find his wife and kid who have moved away and after a tense reunion, Jax and his wife team up to go to meet an important NPC from the original game, and the story begins for real. Here and improving the fortress, collecting resources, establishing relations with all possible factions, and also choosing a “favorite”. From the description, it may seem that this is all interesting, but it will take a huge amount of time.

Some factions and enemies are returning, and new ones are being added to them. Once again, the story promises a lot of faction versus faction conflict and personal choice in how Jax treats others. Some dialogue options will reopen or close different storylines and paths.

A little about Factions and their features

Being a massive open-world RPG, it probably shouldn’t come as much of a surprise that the game has a fair amount of factions that the player will interact with over the course of the game. Here are the main ones:

Skyands appeared from space and immediately began to kill, imprison and infect everything. Equipped with a deadly dark variant of the Elex, those who do not die from the effects of the Dark Elex soon transform into Skyands, adding to the ranks of the very invaders they were trying to stop. Possessing superhuman strength, genius intellect and a highly developed arsenal, the Skyands want to kill and enslave everyone and everything.

Created by a group of clerics, the Albs decided to abandon the main idea of ​​the clerics, which prescribed the constant use of Elex consumption only for food and survival. Instead, the Albs continued to consume Elex endlessly, becoming extremely powerful but losing their emotions and empathy in the process. Unfortunately, this left the Albs vulnerable to corruption by the hybrids, the villains from the first Elex who used the Albs as a terrible weapon with which to devastate much of Magalan. Learning from past mistakes, a sub-faction has arisen within the Albs that recognize the need to reduce Elex consumption in an attempt to reintegrate back into civilization.

Rather than being driven by anything remotely close to lofty ideals, the Outlaws are a bunch of really, really bad people who aim to stockpile as much Elex as possible to produce narcotic stimulants in order to maintain an addictive effect indefinitely. With such an exclusive goal, it’s no wonder this motley bunch of addicts and drug dealers spend more time with each other to amass that all-important Elex.

A deeply unappealing mixture of complacency and an unhealthy obsession with creating the most disgusting plasma weapons you’ve ever seen, although the clerics are the smallest of the six factions, their zeal for religious dogma and turning unbelievers to ashes makes them extremely dangerous indeed.

Engaged in deadly combat with the Albs, the relatively primitive berserkers are an almost feral, technologically advanced faction that has traditionally been more interested in matters of the spirit than in modern times. However, a rift has begun to form within the group recently, with one side led by a spiritual leader who believes she can “talk” to Elex, while the other is solely interested in seeing the berserkers use modern technology to secure their place in the world.

Transformed into a tribe of subterranean scavengers after the Magalan meteorite impact, the Morcons find themselves in an increasingly desperate situation, in no small part because their access to food has dwindled. Encouraged by this scarcity, the Morcon leaders set a set of draconian rules in stone that cannot be broken at any cost, a fact that caused many misguided travelers to go astray before being promptly cast out of their mortal shell.

We talked about the merits, and now a little about the problems that I encountered during the passage, and what catches my eye:

Tags: ARPG, ELEX II, Open World, Piranha Bytes, rpg
Summary
Playing ELEX II left me with a strong impression that the game is largely geared towards those who have already spent a lot of time playing games from this studio. If that's you, your take from the game may be different than someone new to the series and you'll likely have a blast, especially if you loved the first game. If you're new to the series, you may want to bone up on YouTube videos about ELEX I before diving into an interesting, multi-faceted world albeit one fraught with performance and graphical issues. Chances are things will improve with time and patches so maybe it's best to wait a while and let the dev team catch up to the game's potential.
Good
Bad
7.5
Good
Previous ArticleAlbion Online Will Receive Controller SupportNext ArticleWoW: Shadowlands – Blizzard Shared Eternity’s End Raid Preview 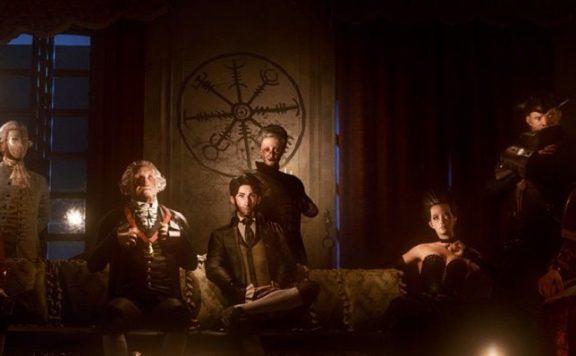 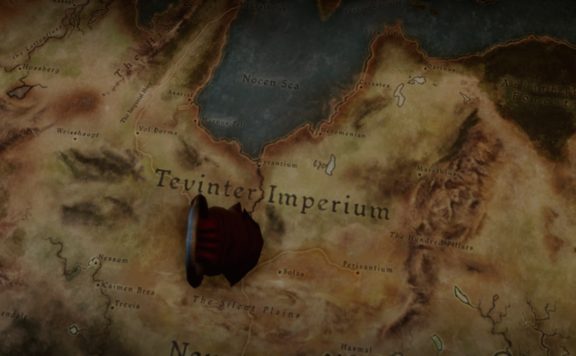