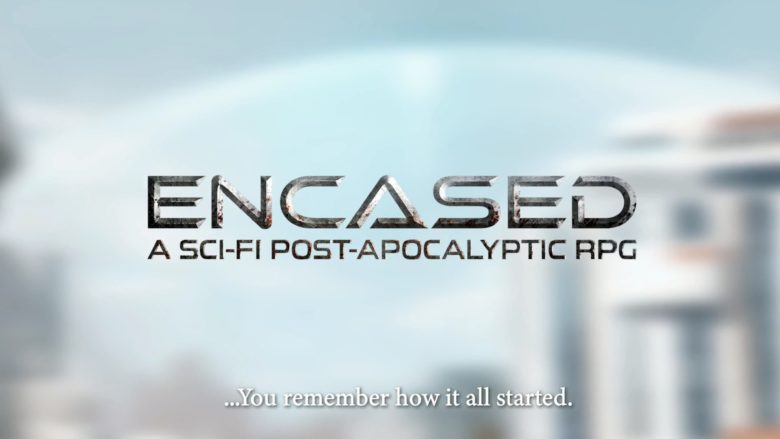 If you’ve played the Shadowrun series from Harebrained schemes, Encased won’t have too many surprises for you, though in general, it’s significantly different, it still has that feeling. Not only that, but even just stepping in you can definitely see the Russian influences, with a grimmer, more rigid structure to the general storyline. This is our Encased preview. 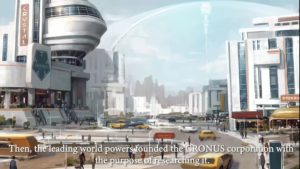 I’m generally a fan of post-apocalyptic and the odd, not necessarily the way out there weird, but the mildly twisted and dark. Encased certainly scratched that particular itch. We have familiar turn-based ap fueled combat, where you’ll be forced to choose your most efficient way of killing enemies before they kill you, especially in the early hours, where healing isn’t much of a thing.

To be fair, the first few minutes left me mildly disappointed as they seemed more like a visual novel than anything, or, if you’re older, reminded me of some of the 90s console intros, where you have some type under an image with selections for dialogue. That’s just a few minutes, however, as you’re quickly thrown into the standard isometric view with a barebones tutorial that manages to tell you the salients, without belaboring the point, which seems to be a hard point to hit with modern offerings. Some may find it a bit sparer, but I vastly preferred it to the constant nagging that seems to be more common these days.

Most of your tutorial in one screen. For newbies, it might not be the best, but honestly, given how many people game, I really don’t think there are that many people left who really need their handheld to show them how to move around the map.

The character creation and art is nothing to write home about, but neither is it terrible and bonus points for allowing a character to be neither male nor female, which despite modern social advancements, seems to have eluded almost every other offering out there. Your character won’t be stunning, but they also aren’t locked into the binary, for me that’s a bigger bonus than being able to make supermodel wish-fulfillment version x. 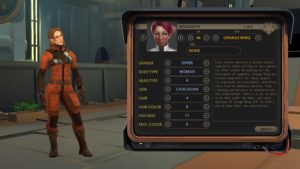 You can make gender: other with either a man or a woman’s body. This is really neat and I wholeheartedly applaud Dark Crystal Games for including it.

The controls are smooth and relatively intuitive, though you have a lot of menus. Not only a lot of menus but a lot of…everything. Every NPC you interact with will have a few options of how to talk to them, and the initial complex you start in is huge-filled with secret areas, vents and locked rooms you can sneak into, break into, or break the doors down to get in. Chances are, if you can see it, you can go there. It’s probably the biggest selling point of the game. 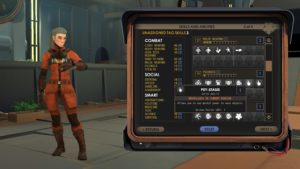 As you can see, some of the options weren’t available here, but there are *so many* choices on how to design your character’s playstyle and mechanics. Options-I love options-give me *all* the options.

The story is linear, but you can choose to do things out of order-though I did follow the lead for this preview. Almost every objective you’re given has different ways to be solved and will have extra things you can do along the way. You’ll have surly guards, criminals asking for you to steal or kill people, you’ll be looting all the things, and frequently running out of space. Seriously, even the plants have hidden stuff in them. Even if it’s only dirt. 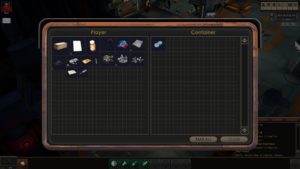 Someone was hiding illegal drubs in the planters…the previous potted plant had bullets…life is rough inside the dome.

While a few things prevented me from getting as in-depth as I liked, I coasted perilously close to feeling overwhelmed with riches on choices and paths I could follow within the second hour of play. This bodes well for the long run, and the grim, surliness and almost offhand corruption of nearly everyone I encountered reminded me of old school versions of Russian villains and secret complexes. 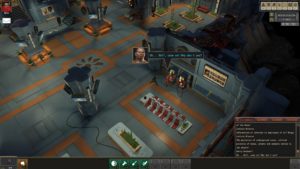 Encased is a great game, and while a lot of the features were currently locked and it still boasts some bugs, I’m almost eager to see how far they take it and what they do with it from here. If this were a new offering from a triple-A studio, I have no doubt that we’d all be hearing a lot more about it across the internet.

As it is, it’s a great game with some polishing needed before release, but I would definitely keep my eye on it if you’re a fan of dark near future conspiracies, spies, thugs and secret installations with even more secret goings-on behind closed doors. Even at its state now, encased is a lot of fun, and has a ton of substances, it is easily worth the price of admission. 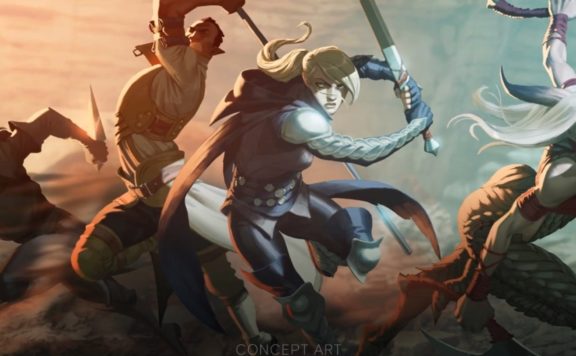