Most scenarios of a giant asteroid hitting the Earth end with the extinction of the human race. In Enlightenment, the isometric action shooter from freshman developer Lizard King, the asteroid doesn’t completely wipe us off the face of the Earth, but it didn’t go well. A new religion, the Scientific Church of Enlightenment, rose up from the ashes and built the Ark at the impact site. This underground complex was used by the Church to explore the mysteries of the asteroid, while the remainder of the population formed tribes and tried to survive.

Jump ahead about half a century. The Ark has gone quiet and none of its inhabitants have been seen for a while. This is where you come in. You have decided to play treasure hunter extraordinaire, venturing into the Ark to discover the secrets the Church has left behind. Do you have what it takes to descend into the depths of the Ark and complete your mission? Nah, you’re probably just going to die over and over again. What will keep you coming back over and over again? Let me enlighten you in our Enlightenment review. 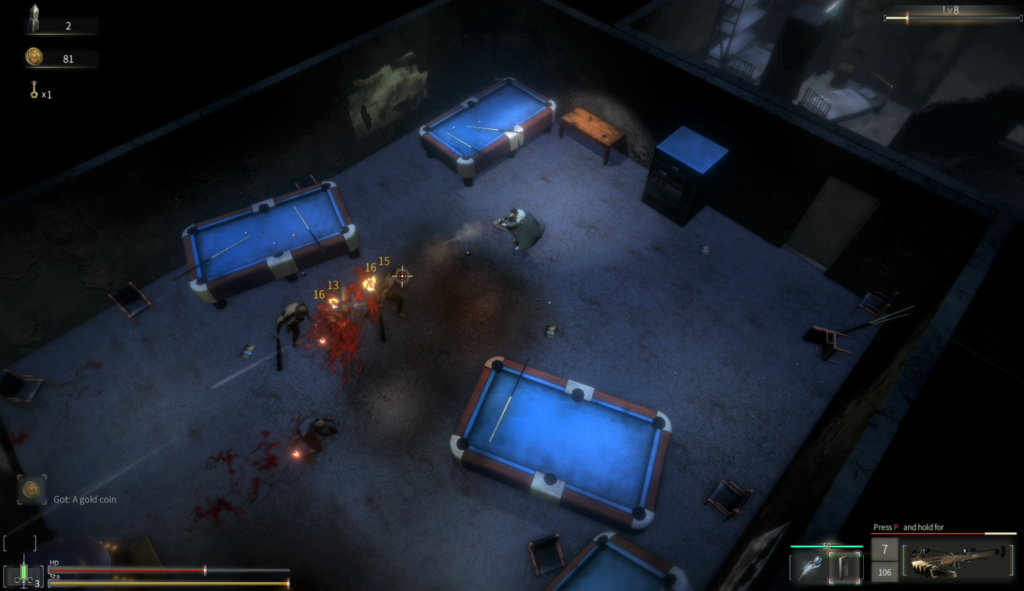 Enlightenment starts as your typical rogue-like type of game. You enter a procedurally generated dungeon, pick up a weapon and a psionic item, and begin clearing rooms of zombies. Not the Walking Dead type of zombies either. There are several different types, from baseball bat carrying melee zombies to Molotov Cocktail throwing ones. You will come across some elite specimens, the first of which is a flamethrower carrying bullet sponge, and some levels will even have boss battles.

I always cringe when developers herald procedurally generated levels as a key element of a game. While the randomness can add some longevity, oftentimes it can also create levels that don’t flow well, or worse, are just plain broken. Fortunately, Enlightenment avoids this pitfall. There are some sections that become all too familiar, but the levels are well constructed. Fully exploring each level is encouraged, as branches off the main path will usually reward you with chests to pilfer or “special” rooms that offer up some useful item or character buff. 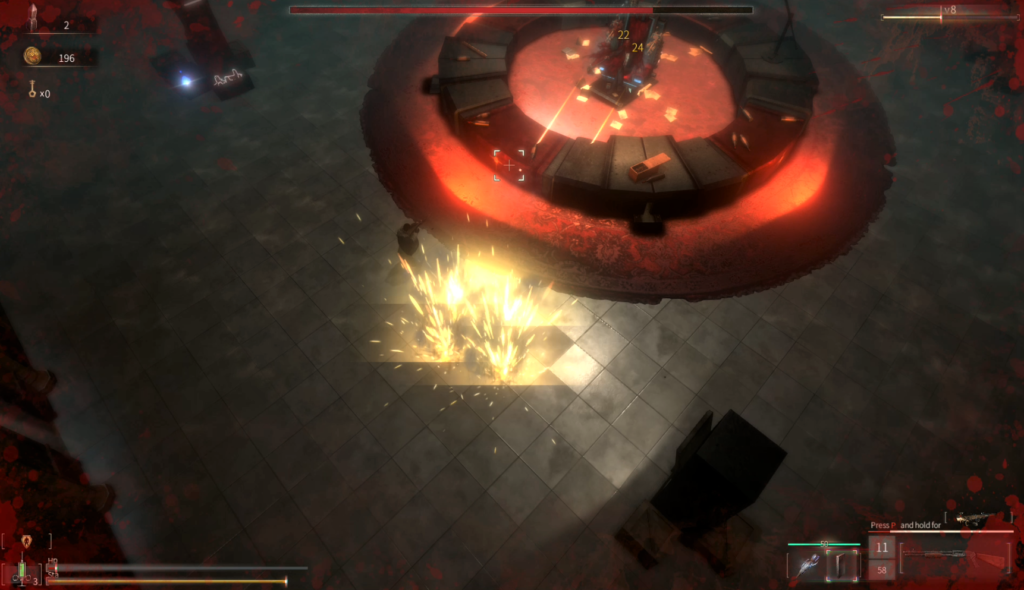 The varied pacing is primarily the result of the random nature of the levels. Some rooms may only have a couple of zombies to deal with, but others will be full of a mix of melee and ranged adversaries. The larger the group, the more running and jumping you will be doing to avoid their attacks, and one slip up can mean a quick death and time to start over. This creates a balance to the combat that is somewhere between an ARPG like Diablo and a chaotic twin-stick such as Hotline: Miami, so gamers on both ends of the spectrum should find Enlightenment to their liking.

After a while, you will start to learn the different attacks enemies have, and prioritizing the dangerous targets while avoiding the cannon fodder becomes key to survival. This could quickly become repetitive (and the first couple of levels do), but Lizard King has added some gameplay elements to keep things fresh. Each level of the Ark contains its own set of creatures, with each group getting more powerful attacks as you go along. You are also going to encounter plenty of traps, and again, the difficulty ramps up quickly. And if anyone asks you didn’t hear it from me, but there may be hidden levels and other secrets to discover.

Character progression also makes each dungeon run a little different than the last. Unlike most rogue-likes, your character level, or Prestige as it’s called in Enlightenment, carries over from death. As you level up, NPCs offering various services will begin to show up at your base camp. These NPCs can craft weapons from blueprints found within the Ark, provide single run or permanent character buffs, and one even lets you test your luck with lottery scratcher cards. Short of finally reaching the exit to a new floor, nothing is quite as satisfying as knowing that hitting a new Prestige level means new goodies could be waiting for you at your base camp.

For a seven-person team, Lizard King has created a pretty solid experience, but it isn’t perfect. There are some minor glitches to the dungeon generator, such as putting chests or vending machines inside of a trap, making it inaccessible, but it doesn’t happen very often. There is also a balance issue with items and character perks you can acquire. This appears to be intentional though, as some weapons like the Plunger Launcher could be right out of an ACME catalog.

One of the loading screens has a quote from Hoffman, one of the game’s NPCs. It says, “If you find a locked chest, you just need a key, so you’re half way there. Some unlucky saps don’t even find locked chests.” That quote is the epitome of Enlightenment. Everything, and I mean EVERYTHING, depends on the luck of the draw. Room layout, along with enemy type and quantity, will often determine your success. Weapons and psionic abilities being randomly generated means one go around you end up with crap, the next you get a rocket launcher within the first few chests. Even items you purchase from the mid-level vendor are randomized, and nothing is worse than not being able to spend your hard earned coin on useful weapons.

Overall, there’s a lot to like about Enlightenment, and it is well above the quality level you would expect to find from such a small team. The pace of combat and inclusion of ARPG elements create a nice twist to the typical bullet-hell chaos of other twin-stick shooters. These choices also take some of the sting out of dying that you experience in most rogue-like games. Enlightenment may not have the longevity of a Triple-A title like Diablo 3, but it gives you way more value than the $11.99 price of admission.

Tags: Enlightenment, pc, review, roguelike shooter
Summary
A roguelike twin-stick shooter with ARPG elements, indie developer Lizard King is punching well above its weight class with Enlightenment. The blending of multiple genres ensures a wide range of tastes will be satisfied with the gameplay. While the heavy use of RNG creates an inconsistent difficulty to each run, the carry over of character progression from one life to the next means every failed run contributes to your advancement.
Good
Bad
8
Great

Most scenarios of a giant asteroid hitting the Earth end with the extinction of the human race. In Enlightenment, the isometric action shooter from freshman developer Lizard King, the asteroid doesn't completely wipe us off the face of the ...
0
Average User Rating
0 votes
Have Your Say!
Your Rating: 0
Submit
Write A Review