Everspace – Stellar Edition is a dog-fighting sci-fi space that has previously been released on other major consoles and PC.  The Stellar Edition bundles the game’s Encounters DLC alongside the base game, meaning that you will have lots of content to play through right from the get-go.  I’m a huge fan of both roguelikes and sci-fi games, so smashing all of this into a console I can play when my family is hogging the TV sounds like something that should be right up my alley.  Let’s dive into our review of Everspace for the Nintendo Switch.

Upon starting a new game, a short cutscene of a blurry memory will play, explaining that the main character has amnesia and can only remember escaping capture.  They then set off to figure out what was going on and why they had escaped, when they remember that they are a clone, and the memories they are having are from their “original”, or the person they were cloned from.  Along your journey is a helpful computer AI that teaches you about the game and the universe you are in, as well as talks with you about what direction you should take next in the story.  This sets you off on a long, hairy fight throughout the universe to find the materials you need to survive and proceed throughout the game.  The story doesn’t add much to the game, and is not a selling point.  That said, Everspace being a roguelike means you’ll be replaying earlier sections of the game multiple times, so you may ignore the story after a while regardless.

The gameplay, while not incredibly deep, is a blast.  Your first playthrough will put you into the default player ship, which is the balanced selection, and give you a quick tutorial of movement and combat.  After this, I’d strongly suggest going into the game’s options and tinkering around with the settings for the game.  I had a much better experience cranking the aim-assist to max for the console, as well as changing the controls to allow rolling with the right joystick rather than yawing.  You can set the game to auto roll you back to level as well, but I had an easier time dogfighting being able to roll and turn rather than trying to rotate and track enemies.

The gameplay loop will feel familiar to those who have played FTL in the past, with an action twist.  After clearing each section, you will be shown a map with a few different routes you can take through space, where selections can block you off from different areas and force you onto different routes.  Perks can be obtained to show more info about the areas as you progress through the game, but to start it will just be random choice.  After selecting the area, you are dropped in and need to quickly check for enemies, as well as materials you can collect.  You will need to have enough fuel to jump from one area to the next, which is obtained from floating debris or destroyed enemies, as well as mining it from asteroids.  If you try to jump without fuel, you have a risk of damaging your ship’s hull, while finding the items needed to repair your hull can be difficult to find.  Enemies will also randomly continue to come into a section after you’ve cleared out others, meaning that sticking around for too long gathering will make you take more firefights.

While the game is a blast to play, the giant glaring flaw that kept me from enjoying it completely was the controls.  Even attempting to change and tweak everything that I could, including cranking up the sensitivity and using as much aim assist as I could, I always felt like I was fighting to get the game to do what I wanted it to.  Enemy ships quickly and easily zoom around the map during a fight, but it feels incredibly difficult to keep up with them and accurately target them.

I would constantly ram the ships I was trying to fight during a chase, to where I found the strategy I had the best success with was tanking out my shields and adding a missile deterrence system, so that I could sit still and just fire at enemies without moving around too much.  This is definitely a supported playstyle as well, as one of the unlockable ships has a huge amount of hull armor and a front-facing shield, but this isn’t how I wanted to play the game.  I was hoping for something like Star Wars: Rogue Squadron or Crimson Skies where I can get into hectic, but controllable, fights.  This feels like something that would be alleviated by using a keyboard and mouse on a PC but hinders an otherwise fantastic game on the Switch.

Note: Our Nintendo Switch copy of Everspace – Stellar Edition was provided by PR

Tags: combat, sci-fi, single player, switch
Summary
I really want to be able to recommend Everspace – Stellar Edition on the Switch, but playing it makes me really just want to go pick the game up for PC.  I’m not even sure what could be done to improve the experience, as the entire rest of the game feels like it would be great on the console.  I am sure there will be some that put enough time in to make the controls feel like second nature, but on a playthrough of a roguelike where small mistakes are punished, I felt frustrated more often than not that I was having a hard time just dog-fighting other ships.
Good
Bad
6.5
Fair 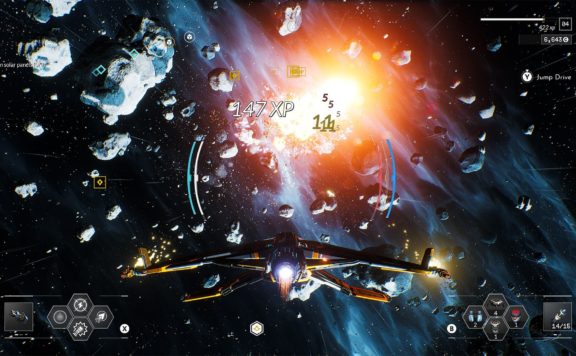 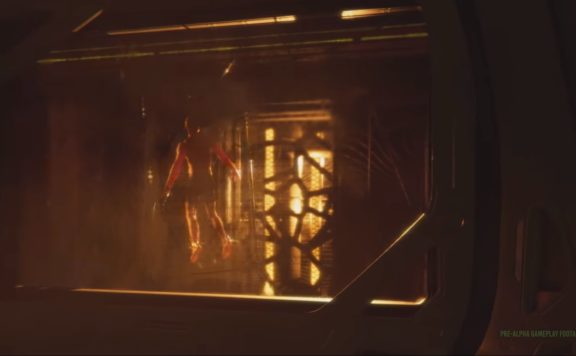 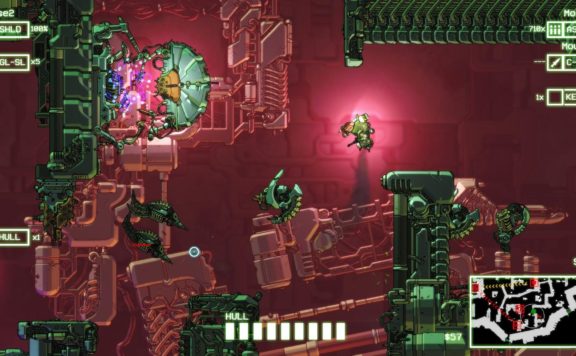 Everspace – Stellar Edition is a dog-fighting sci-fi space that has previously been released on other major consoles and PC.  The Stellar Edition bundles the game’s Encounters DLC alongside the base game, meaning that you will have lots of ...
0
Average User Rating
0 votes
Have Your Say!
Your Rating: 0
Submit
Write A Review