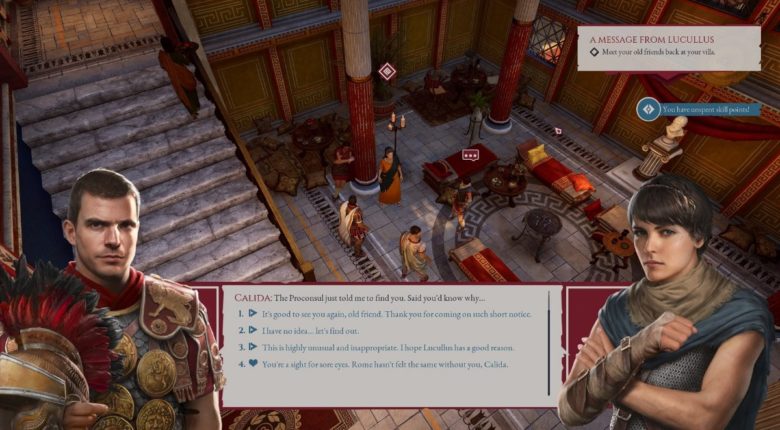 Logic Artists and THQ Nordic shared a new dev diary for the upcoming turn-based RPG Expeditions: Rome. This time the team discusses companions, and will be releasing new videos about one of the five characters every day starting today. Those trailers will outline the role they play in the story and combat and hinting at the personal problems they’re saddled with.

“Companions are a staple of the roleplaying genre. Originally an attempt to emulate the dynamics of a tabletop RPG group, they have become one of the most beloved and distinct aspects of the genre, and we daresay its greatest storytelling asset. With a sufficiently compelling set of main characters, a story can really tug on the player’s heartstrings – and one of the keys to making a group of characters appealing is to give them enough screen time for the player to get to know them. RPG-style companion characters are perfectly suited for this, as they typically follow the protagonist everywhere, participating in every scene and every crisis.”

The game will offer 5 companions, representing all classes among themselves:

Caeso represents the archetypical Roman centurion – a dutiful and disciplined veteran soldier who loves the Republic and will happily die to defend it. However, he is not a stiff professional and the consequences of his easy living will catch up to him at some oint.

In combat, he is a heavy infantryman (a Princeps) who wades into battle wielding the gladius and scutum of the Roman legionarius, his polished breastplate and his pristine helmet plume providing a fixed point in the chaotic skirmish for his friends to rally around. 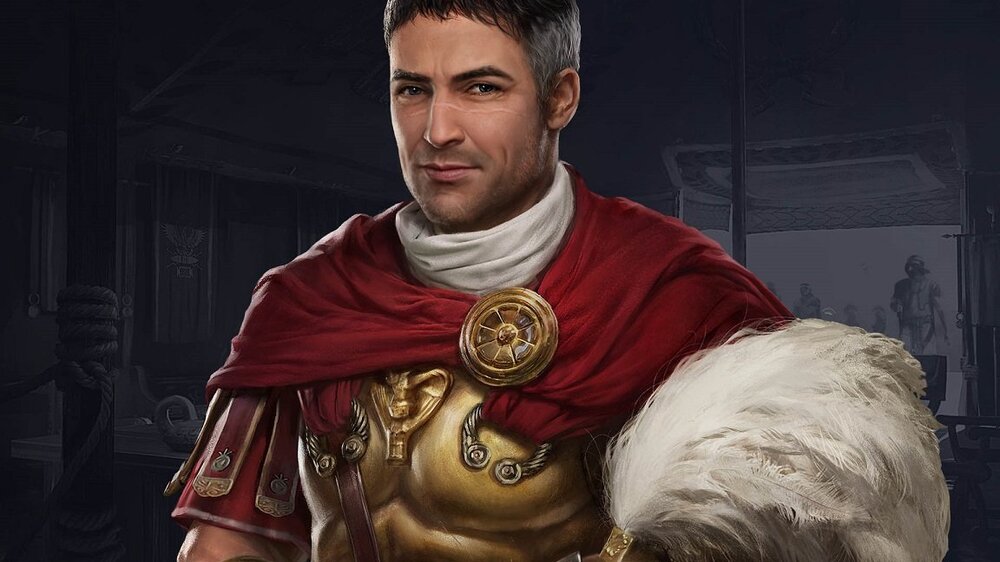 When you meet Calida, she is still attempting to hide her gender from you and your men, but her disguise is flimsy, and she is soon forced to drop her act. However, discontentment with Roman society was not the only reason Calida left Rome, and when she eventually returns to the heart of the Republic as part of your praetorian guard, her past will once again threaten to assert its control over the direction of her life.

Calida is a highly skilled Sagittarius (archer) and assassin, and as part of your praetorian guard, she is most comfortable hanging back or seeking out high ground to pick off your enemies at a distance with her deadly shortbow. 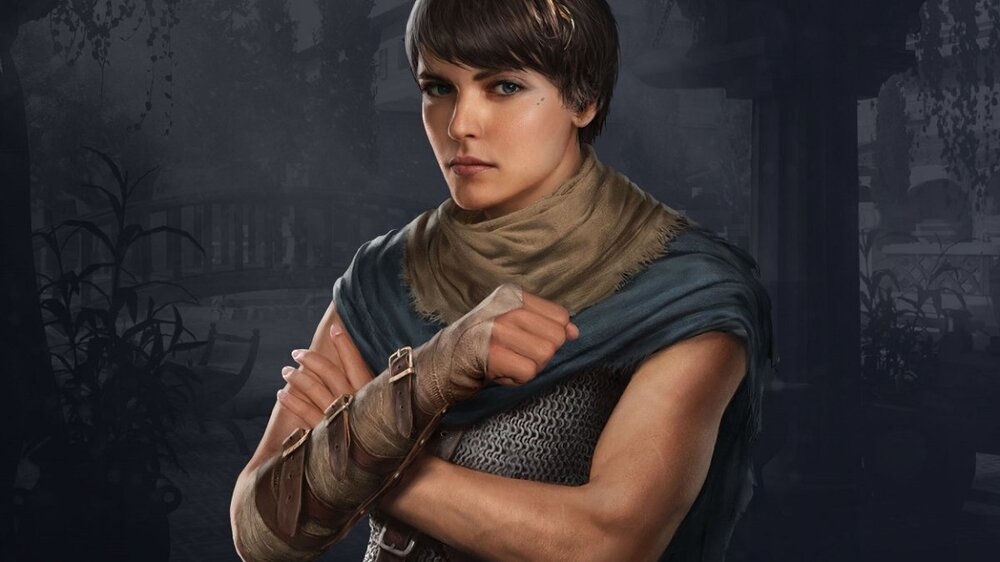 When you meet Bestia, he is in search of a new purpose, but his growth as a person is held back by the brutality of his upbringing and his career. Hopefully through his acquaintance with you and the rest of your praetorian guard, he will broaden his horizons and develop a more well-rounded personality.

As a gladiator, Bestia excels in the skirmish. He is a fast and quick-witted Veles (light infantryman) who moves far and makes many attacks each turn. He favours dual-wielding and is capable of devastating burst-damage, but his brash and bold style often puts him in great danger. 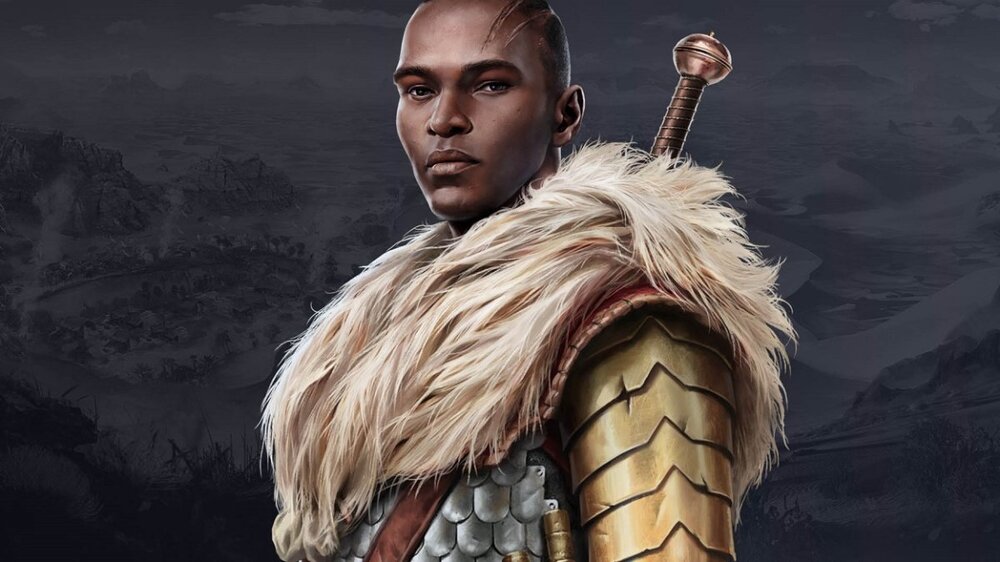 Old Syneros has been your house servant and teacher since you were a child, and it was only natural that he would come with you when you were forced to flee Rome for your own safety. He is a wise and caring mentor, yet when you find yourself in combat, he is shockingly cool-headed and deadly with his staff or even a pike. How did Syneros learn to fight so well? The secret past of the old philosopher will not remain hidden for long.

Though he is not a soldier, Syneros navigates the field of battle remarkably well, where he fits into the role of a Triarius (a support unit of sorts). He is a most natural fit for the role of a medicus, which is underlined by his perks that allow him to treat injured friends after a fight. 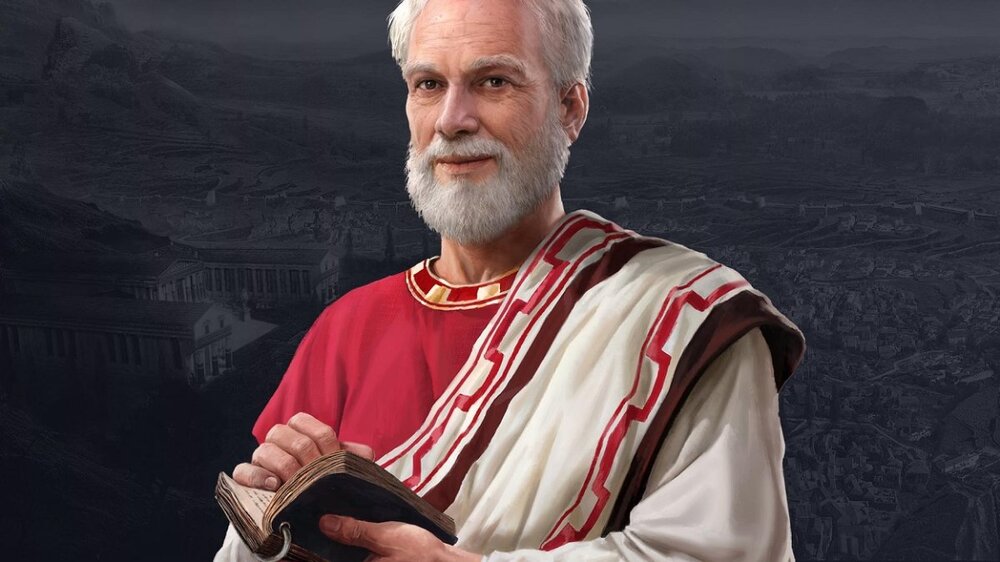 Deianeira is hesitant to talk about the events that led to her capture, but despite her seemingly kind and curious demeanour, it is clear that the warrior woman harbors a deep vengeful anger. May all the gods help those who stand in her way when she eventually choose to act on it.

When you meet her, Deianeira has been trained as a gladiator. While her people are famous for their horseback archery, she now favours the spear and shield of a Princeps. 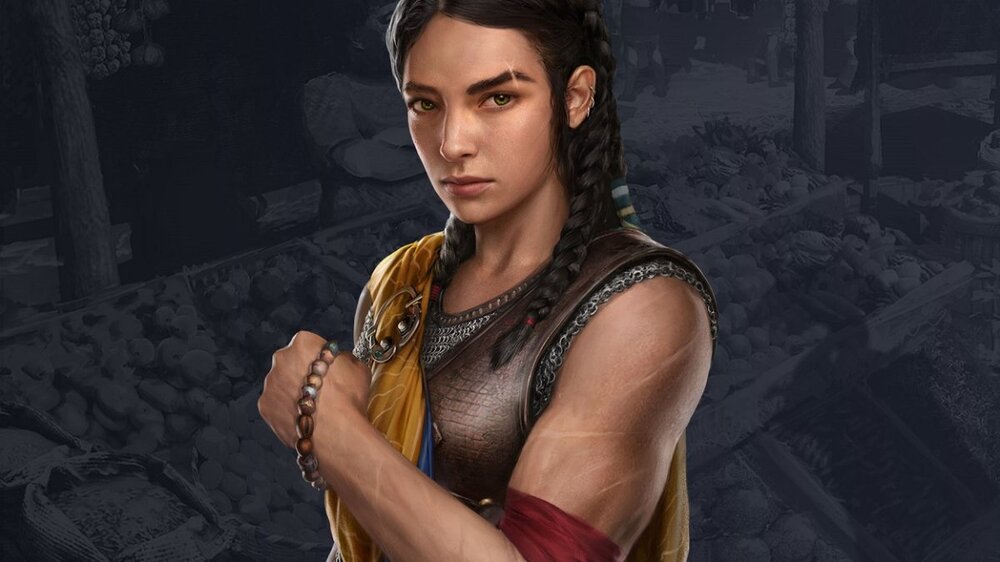 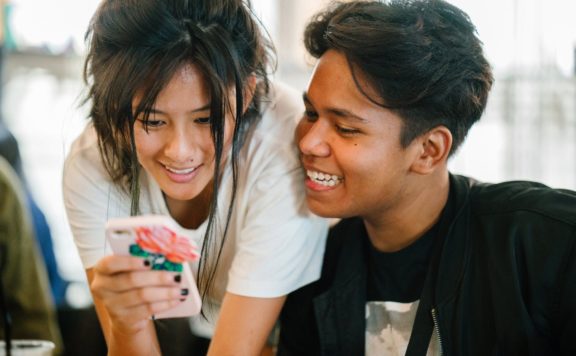 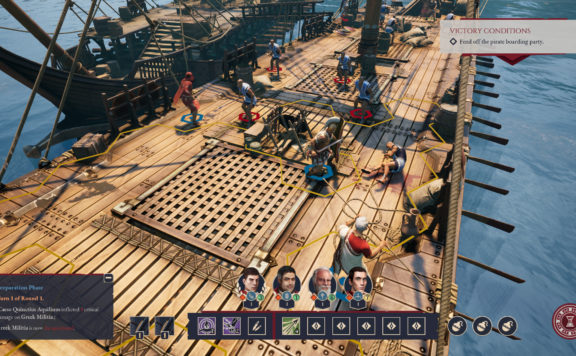