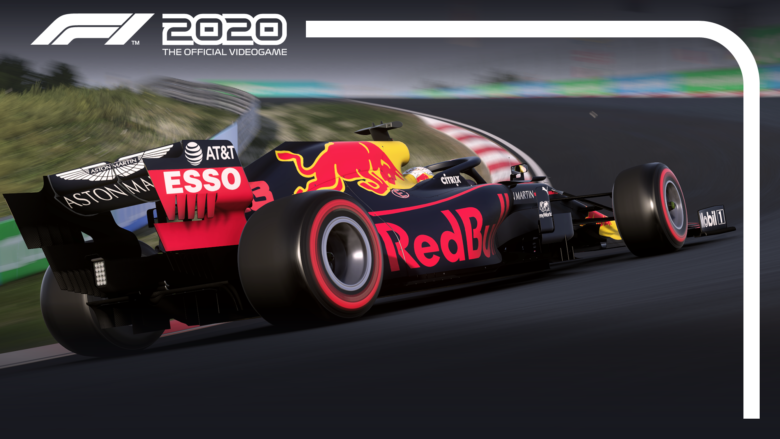 When it comes to the racing genre, there are only a few veteran studios in the world that are strictly focused on bringing new tastes of racing with every new franchise they produce. There’s no doubt that Codemasters is one of them. Since Codemasters has taken the helm for the Formula 1 video game franchise, most of the time they’ve succeeded in delivering a worthy simulation of this very popular racing segment and this year is the most glorious one over the past few years. F1 2020 is truly one of the best racing titles of the year that manages to deliver an equally enjoyable experience for both newcomers and veterans of the sport.

Every sport in the world has its own strict rules and if you don’t have any knowledge of them, it might be a bit difficult to get along with simulation games, where everything is aimed to be as realistic as possible. Sometimes, the gameplay mechanics have been designed in a certain way to avoid players from committing fouls and taking penalties, but F1 2020 allows you to set limits for everything in the game. If you don’t know anything about Formula 1, turn off the safety car limits, set car damages to zero, and adjust the AI on a lower level. There are many different options affecting the gameplay and the game’s wild card in the area is to allow you to control every one of them. 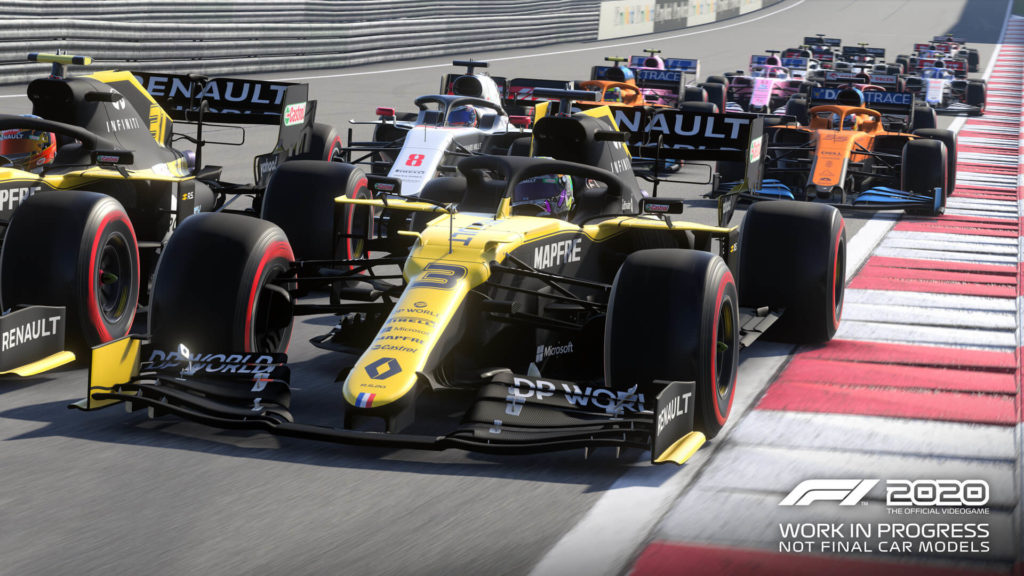 F1 2020 is the most realistic entry of the series so far, not in case of visuals and graphics, but in delivering a top-class simulation experience, thanks to its spectacularly precise gameplay mechanics and AI design. Playing in lower difficulties in F1 2020 doesn’t mean that you will be facing fewer challenges. Your most important challenge in the game is controlling your car in the best way possible, and you have to make continuous progress in every lap if you want to hold the 1st position or get to it.

The best part in F1 2020 is the fact that your skills matter more than those of your opponents. Even setting the AI level below 10 percent isn’t going to get you the championship if you drive without stability. Every little mistake in the game will cost you a lot. Take small damage and your pit stop time will increase significantly. Cut the corners more than three times and you will get a huge penalty on your position. Lower the amount of fuel at the strategy course without calculations and you will run out of it before reaching the final lap. All the challenges above are just a small part of the things you can expect in a single stage of a tournament in F1 2020, and most of them depend on your skills. 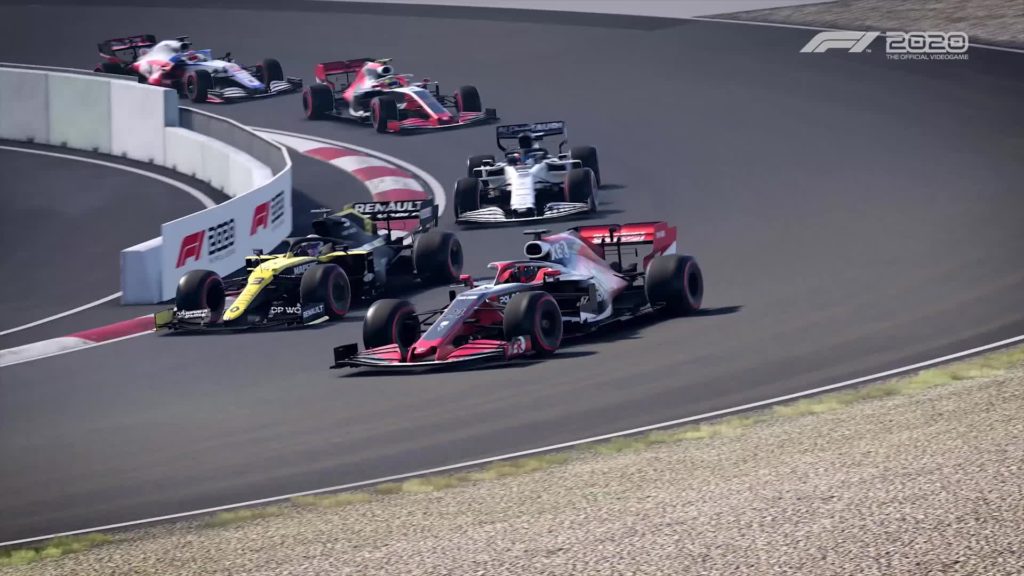 The brand new MyTeam game mode in F1 2020 is a new playground for series’ veteran fans who want to have a managing role throughout their career as well. In MyTeam, you create your own Formula 1 team with some limited customization options to design your logo and car livery, and then you jump in the yearly seasons to be the champion.

MyTeam adds some interesting features such as the Research & Development section which allows you to invest money in different departments of your team and gain more knowledge to improve various parts of your car. Actually, it works like a skill tree in the game, though it’s a bit grindy.

As the manager of the team, one of your main goals is to recruit a veteran teammate for yourself to help you reach the top positions in team standings. The bad news is you don’t have any meaningful control over your teammates, their progress, and their driving strategy, which makes it almost impossible to make a genius teammate out of a rookie driver over time. So, the best way to get your team to higher ranks is to raise money and recruit well-known drivers. 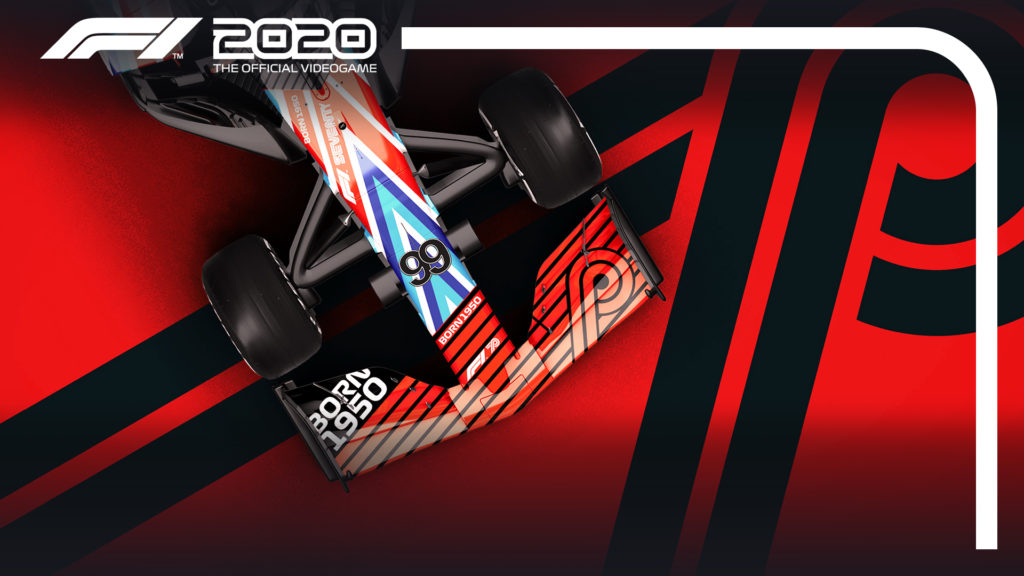 The most disappointing thing that I faced during my experience in F1 2020 is its outdated visuals. Fortunately, there’s no game-wrecking bugs or technical issues in the game, but its graphics just doesn’t fit into a late eighth-gen game. The texture quality could surely be more detailed than what it is in F1 2020. Tracks and environment design also look awful in the case of textures which is just disappointing.

All in all, F1 2020 is a great racing experience that you shouldn’t miss if you are a racing veteran of any kind. There’s no need to be a Formula 1 fan to enjoy the game. Just start playing the game as a rookie and after a few days, you will love Formula 1 to a point that you might even consider following the real-world races of the sport.

Tags: F1 2020, review, xbox one
Summary
When it comes to simulating a professional sport for both newcomers and veterans, F1 2020 is a masterpiece. It won’t let you get disappointed if you’re looking for highly stressful and exciting racing experience, though it’s not a perfect game in the case of visuals.
Good
Bad
8
Great
Previous ArticleTell Me Why Release Date Set For AugustNext ArticleAvowed is Obsidian’s New First-Person RPG 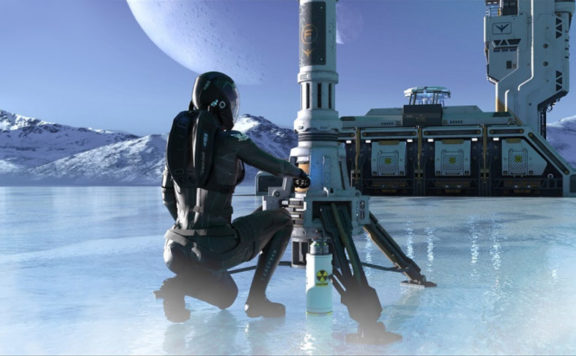