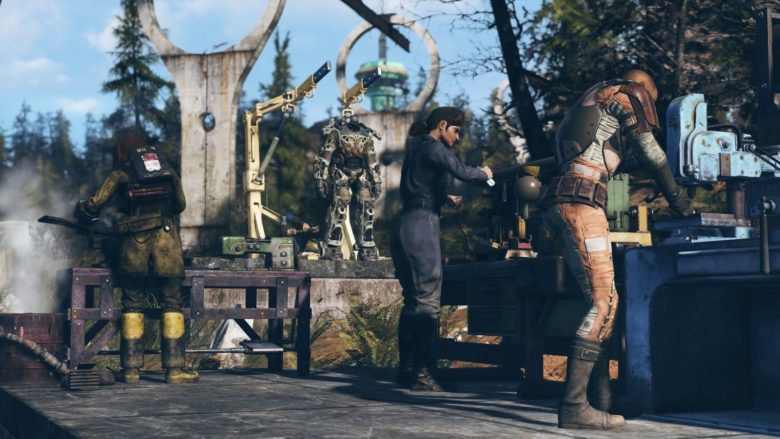 Xbox One players had their go at Fallout 76 beta for a while. While there were some concerns from the community about the times of tests, altogether things have gone rather smoothly. The last night marked the beginning of the first phase of testing on PC and PS4 and the best way to sum it up is to say that Fallout 76 PC Beta has some serious issues.

A few hours before the beta began, participants have started commenting on the pre-downloaded client of the game being “corrupted” and forcing them to re-download the entire 50 GBs anew.

⚠ We’re currently investigating issues with the BethesdaNet forums. Thank you for your patience. StatusPage: https://t.co/caEfnzzFE3

Turns out, clicking any button on the launcher (and, according to some affected, simply having it open) would delete the entire beta. In response to many players missing out on the beta test due to the issues, Bethesda has extended the initial time of the testing.

Additionally, Fallout 76 PC Beta does not support ultra-wide screens. That would mean that players with 16:10 and 21:9 monitors will have no way to disable black bars.

The default Field-of-Vision in the game is set to 80, the same as in Fallout 4. You can not disable it via in-game settings but you can tweak it through the game files. However, various HUD/UI elements are tied to the default FOV and would be located outside the screen.

Other Reddit users have commented in the thread with the issues they have noticed in the game:

I also just posted in the fo76 subreddit that game speed is still tied to framerate. Removed the frame limiter in the ini because the game was hitching and running terrible. Next thing I know I’m speeding around the game.

Many users are worried that those issues will make to the live version of the game considering that Fallout 76 features basically the entire available content. The game will launch in two weeks on November 14.

Written by
Catherine Daro
While growing up in the wilds of Russia, Catherine learned to talk, write and game at almost the same time. You can follow her attempts at latter two at MMORPG.com and GameSpace.
Previous ArticleVermintide 2: Geheimnisnacht is upon us!Next ArticleTransistor Switch Review