Farmer’s Dynasty was released back in late 2017, but it made its Steam debut in November of 2019. Toplitz Productions both developed and published this game with UMEO Studios also contributing to development. You can probably immediately guess what you’re in for with the title: Farmer’s Dynasty. It boasts a classic farming simulation game but the standout feature is they’ve attempted to mix elements of life simulation and roleplay in as well. How do all of these elements hold up, and is it worth the price point of $29.99 USD? Keep on reading for Gamespace’s review of Farmer’s Dynasty.

Don’t hold your breath, scroll down some, count to three…

Come with me, and you’ll be, in a world of farming simulation.

Pick a wife, plow a field, till you’re tired of imitation.

If you want to raise a family, simply pick a wife and do it,

Anyone you want, I’ll prove it,

Want to choose a guy? Well… maybe you can’t do it. 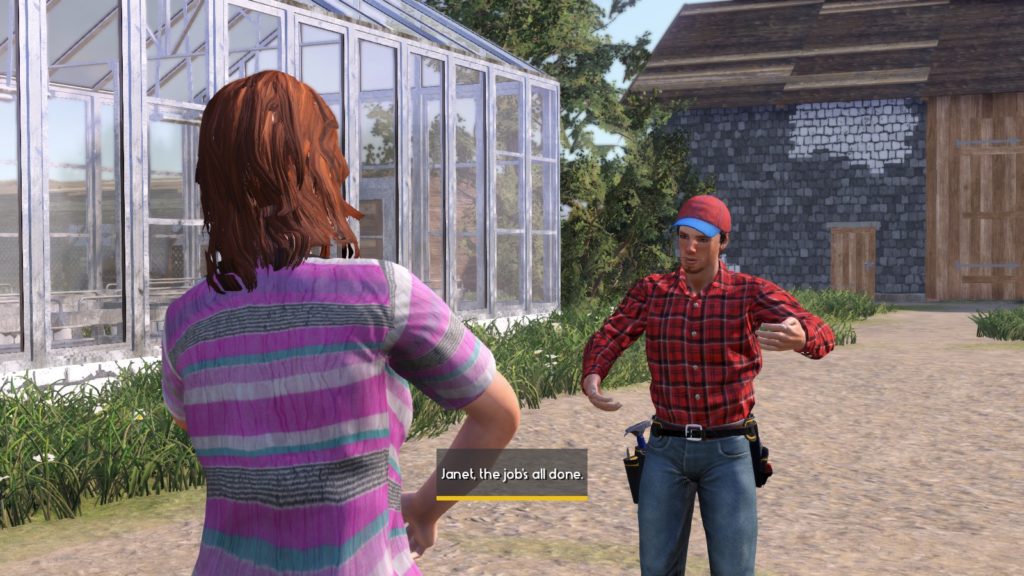 Farmer’s Dynasty drops you off at your grandfather’s run-down farm with a young man named Oliver. And before you get any ideas-no. No, Oliver cannot be romanced. Didn’t you listen to my song? You are a straight white male, like it or not. This is his dynasty, not yours! Stop judging him. You’re just along for the tractor ride.

Your farm is going to need a lot of work before you can get to the good stuff. There are boards to be replaced, rust to be shaved off metal beams, and you don’t have a single piece of legitimate farming equipment to tend to this cursed earth. 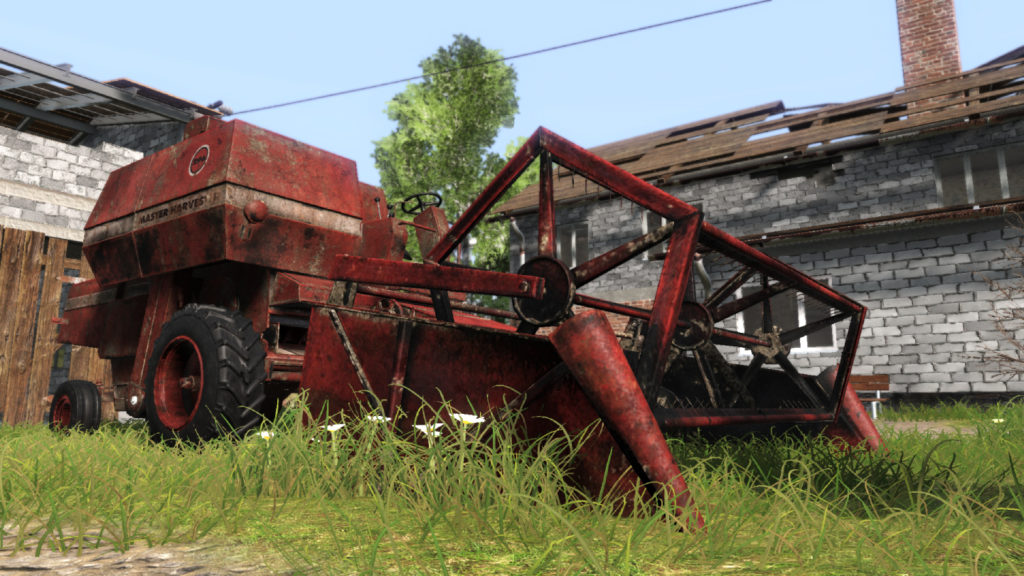 Luckily, you have nosy neighbors all around you that have pieces of rusty farm equipment you can have in exchange for hard labor. It’s a great introduction to what each piece of equipment does, and a sleazy way for your neighbor to get rid of junk they don’t want. Oh, and they’ll like you more and give you money if you do their bidding. Just look at that green smiley face above her head. Clara is clearly in love with me, back off Tony. Well, I assume Tony is her partner. He’s over there all the time but the voice acting, animations, and general dialogue are a bit lacking and sending me mixed signals. 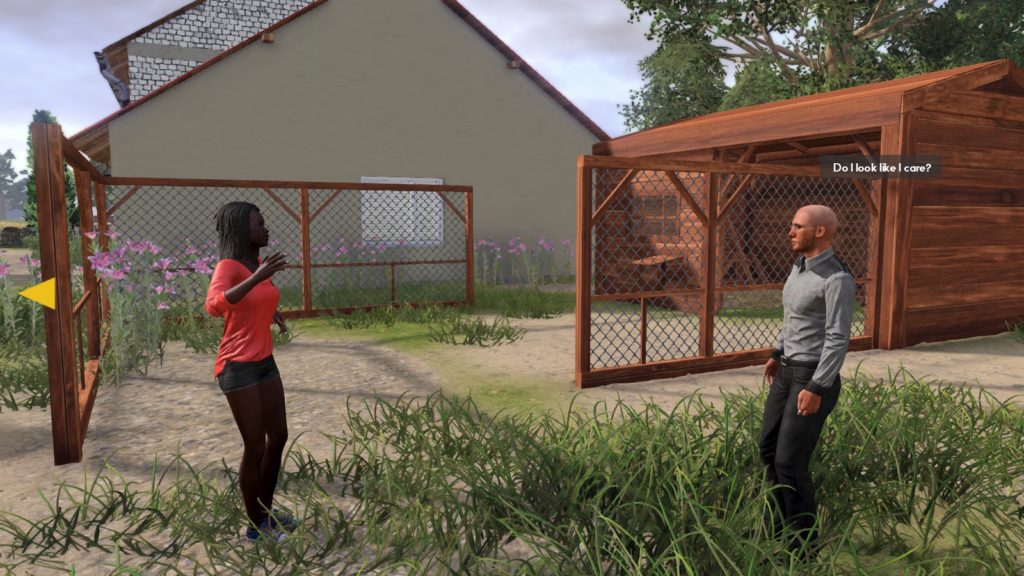 Back at your farm, you can continue to work on fixing up your very own place, complete with rad 70’s floral wallpaper. The main character must be beholden to some kind of eldritch magic that the others are not, because his nail gun never runs out of nails and he has an endless supply of boards and sheet metal to fix up any problem. Check his utility belt, I bet that’s a bag of holding in there. 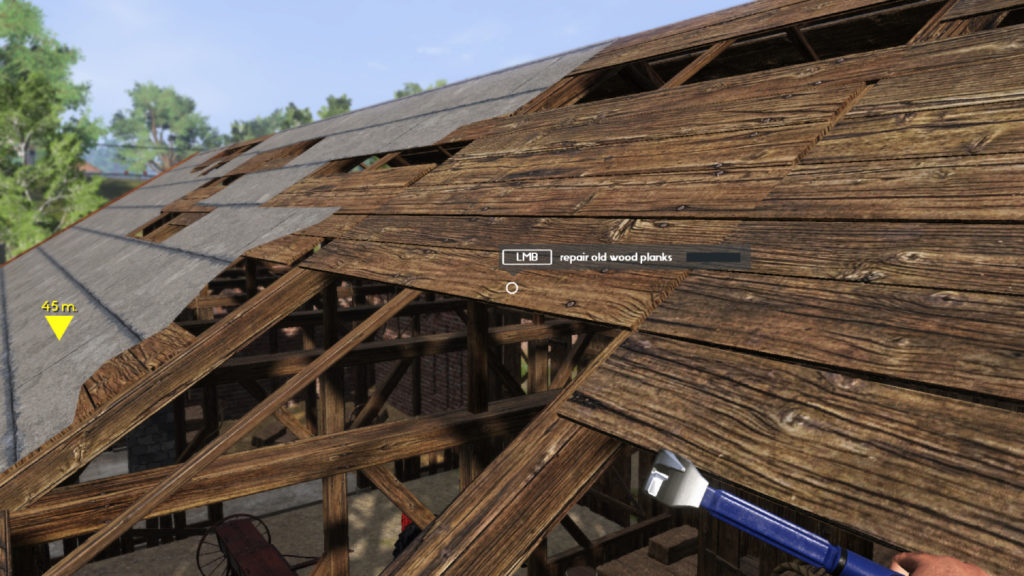 If you start getting hungry there is a nice supply of apples all around you in your humble apple orchard, or you could do a little cooking on the range once you find more ingredients. Or, you could get a wife. A wife will make more filling meals for your empty farmer’s belly, and be able to provide you an heir for this barren wasteland. Because, obviously, that’s all wives are good for. 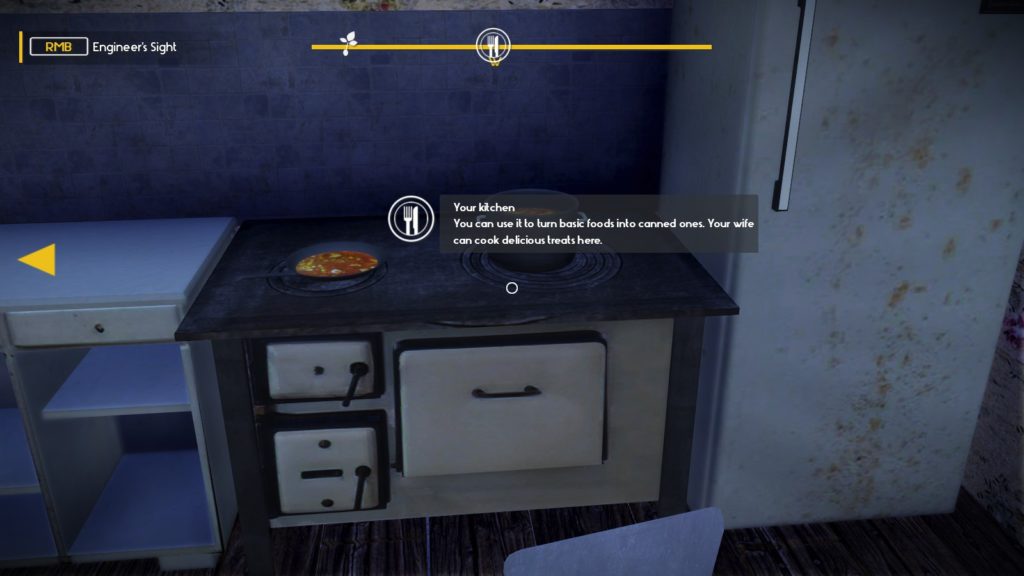 It honestly just feels like you got a hireling for free. You can hire others within the game to take care of various field tasks for you, but after some bits of dialogue with a woman and marrying her, you’ve got one that constantly cooks and provides sustenance for you without much input.

I know the standard joke here is to say that that’s what married life is actually like, but it’s not. The relationships within this game just feel so, so shallow and like I’m farming for robots. The NPCs even move like robots with jerky 90-degree arm movements, and their voices sound like they’re going to teach me my farming ABCs whether I like it or not. Famer’s Dynasty is supposed to be centrally focused on this one main farmer, but it completely sucks out all of the emotion and empathy out of its character interactions.

One of the main defenses I’ve seen on the Steam forums for the lack of choice when it comes to your farmer’s gender or even their spouse’s gender, is that while Farmer’s Dynasty is a simulation game, you’re essentially playing it from the point of view of an actual character who doesn’t subscribe to those preferences. And honestly, that’s completely fine and justified. I get it-it’s the character. 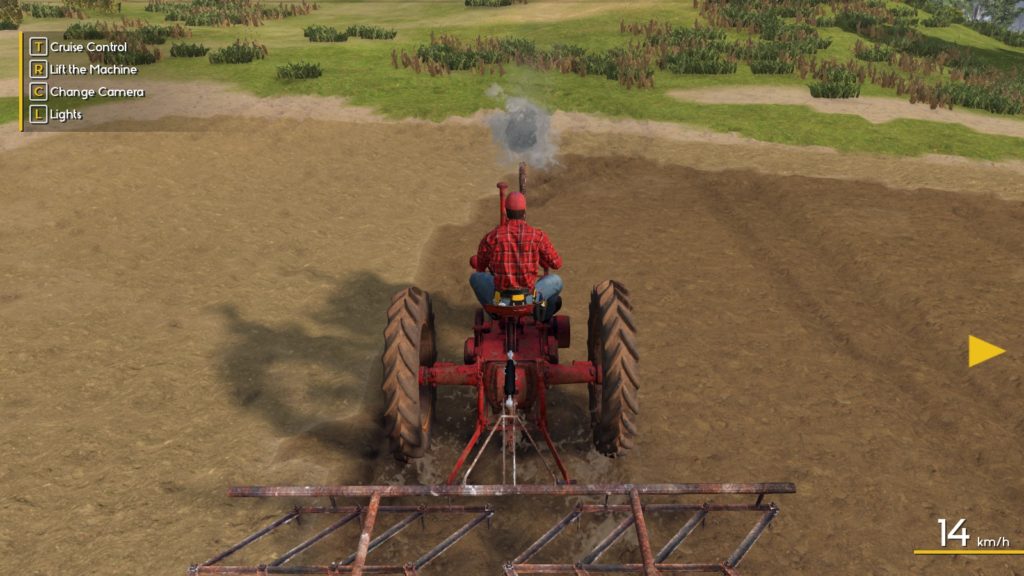 What’s not okay, is using it as an excuse for bad writing and interactions in general. There is nothing about the story or its characters that keep me coming back to play the game. It feels like a half-baked attempt to provide the player with some interaction because they aimed to put in this social aspect of the game that feels like you just slapped some beans on a burnt piece of toast. It doesn’t taste good, and it doesn’t feel right. 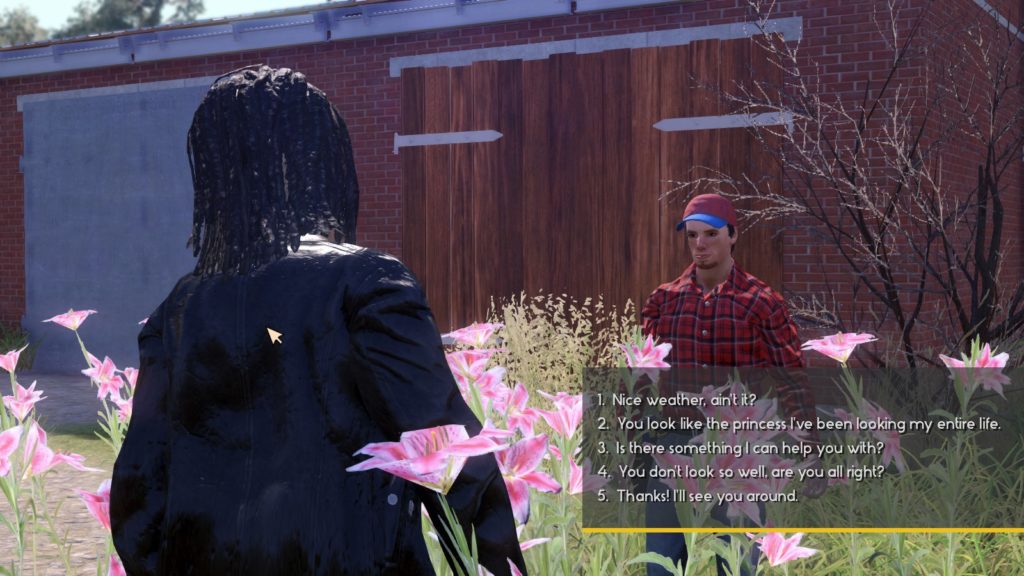 Farmer’s Dynasty would have been a pretty solid farming simulation game had it just stopped there. While I applaud the developers for trying to introduce a little life into the game with a social system, in my opinion, it actually ended up working against them. The character animations and voices are robotic and there is very little changing dialogue over the course of the game. While the repetitive gameplay of plowing your fields and repairing equipment might prove therapeutic for some, it just came across as tedious for me. There was nothing inherently wrong with the base mechanics for a simulation, other than the magical tools, but there also wasn’t anything about them that stood out as particularly good to me.

Tags: Farmer's Dynasty, farming, pc, rpg, simulation, Social, steam
Summary
For a farming simulation game, Farmer's Dynasty it isn't absolutely awful, but it isn't wonderful either. Because the developers wanted to include both life simulation and roleplaying elements and made them a core part of the game, I have to take that into account when trying to understand what they wanted to achieve with this game and how that helps or hinders it. If they were looking to create a standard farming simulation game, yeah, it's decent. Tedious, but decent. But the roleplaying and life simulation just did not work for me at all. I would have much preferred that they just toss the entire social system and put more life into items you can purchase, polishing the animations, and focusing more on customization for your farm. Farmer's Dynasty goes for $29.99 USD on Steam, and the price just seems a little steep to me for the product you're purchasing. If you'd like to forgo all of the social cringe and stick to being a lone ranger, I'd suggest waiting for a Steam sale before picking it up. It's a nice little game to chill out with if you just want to focus mainly on the repetitive tasks that come with being a farmer.
Good
Bad
5
Average 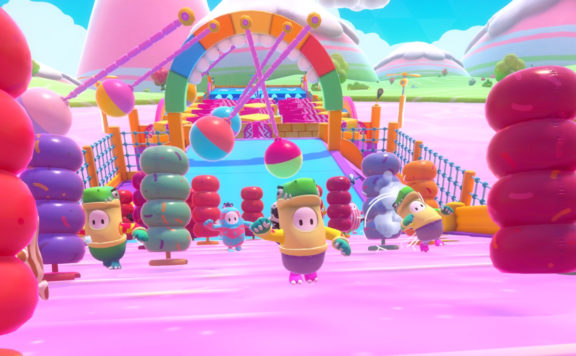 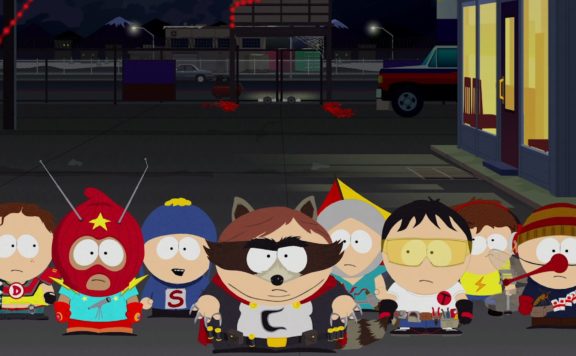 Farmer's Dynasty was released back in late 2017, but it made its Steam debut in November of 2019. Toplitz Productions both developed and published this game with UMEO Studios also contributing to development. You can probably immediately gu...
9.9
Average User Rating
1 vote
Have Your Say!
Your Rating: 0
Submit
Write A Review
Genre:farming, life simulation, RPG, Simulation, social
Developed By:Toplitz Productions, UMEO Studios
Publisher:Toplitz Productions