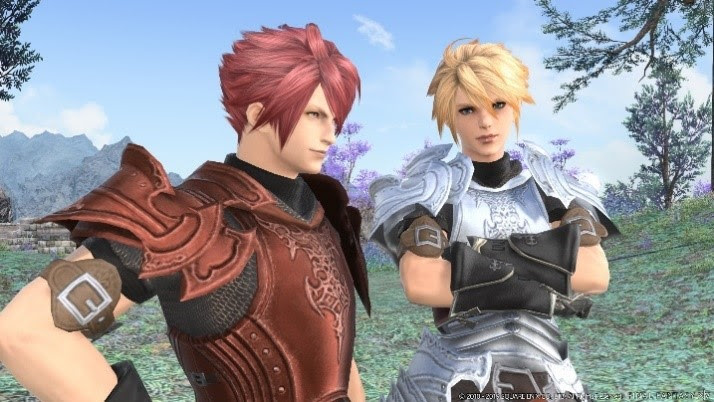 Final Fantasy XIV: Shadowbringers gets a new patch today and the massive MMORPG sets out for the Holy See of Ishgard.

Patch 5.11 dropped today and players of the Square Enix MMORPG will have to band together to defeat the challenges that await them as a quest to restore the one great See unfolds before the Free Companies of the realm. Headlined by the game’s Ishgard restoration arc, this new addition to the already expansive world of FFXIV asks players to co-operate in a variety of activities that will help rebuild Ishgard, By collecting and crafting the necessary construction materials, the many worlds of FFXIV will provide the building blocks to put the Firmament district back together.

The 5.11 patch combines this thematic content with a range of other extra activities for players. Raiders can expect an extra Ultimate Difficulty Raid to add to the roster. “The Epic Of Alexander” is based on the tale of a mechanical god who placed his trust in a single mortal soul, With formidable opposition, this raid is designed to push even the best raiders to their limit.

Finally, and best of all, patch 5.11 brings a range of new mounts, minions, emotes, housing furnishings, hair styles, and more. Any hint that a new mount is included and you can be sure that it is easily the most important part of the patch. You can, however, check out all the details on this patch at the official website.

FFXIV players can also look forward to even more updates coming soon. Patch 5.15 will include a wealth of new content. Competitive combat comes in the form of a new PvP frontline map. The “Onsal Hakair (Danshig Naadam)” invites players to bring their Grand Companies and join forces with the tribes of Azim Steppe. Together they will fight in the fight in the Danshig Naadam to secure glory. The Blue Mage also has its level cap raised to 60 when 5.15 arrives.

These upcoming adventures follow the recent release of the “Vows of Virtue, Deeds of Cruelty” update and are just the latest extra add on for a title that recently drove Square Enix sales to break past $500 million for the recent quarterly figures. Final Fantasy XIV: Shadowbringers is already available on PC and Console. You can find out more about this gorgeous MMO or try it out for free over at the official FF XIV: Shadowbringers website, now.

Written by
Ed Orr
For those of you who I’ve not met yet, my name is Ed. After an early indoctrination into PC gaming, years adrift on the unwashed internet, running a successful guild, and testing video games, I turned my hand to writing about them. Now, you will find me squawking across a multitude of sites and even getting to play games now and then
Previous Article6 Good Reasons to Buy a Gaming HeadsetNext ArticleGuild Wars 2 Launches Whisper in the Dark Next Week