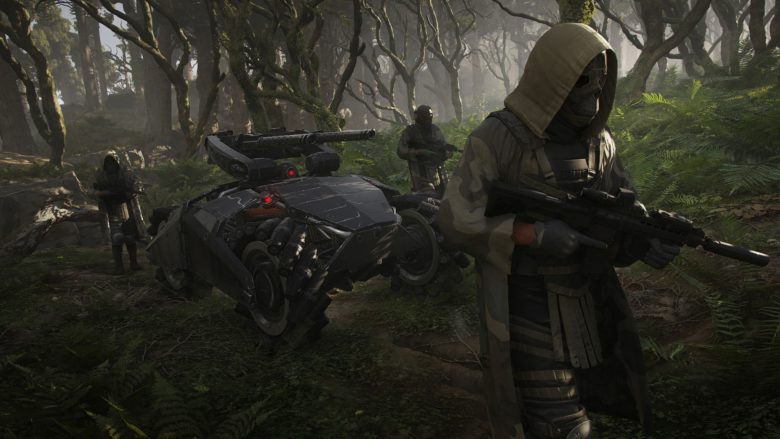 From September 5th to September 9th, Xbox One, PlayStation 4, and PC players will be beta testing Ghost Recon Breakpoint. Everyone who has pre-ordered the game or who is a Uplay+ subscriber is eligible for beta testing. In addition, those who sign up on the special Breakpoint beta testing page have a chance to be randomly selected.

Players who will be taking part in the beta will be able to preload the game client. You can check when it will be available in your particular region of the world on the image below: 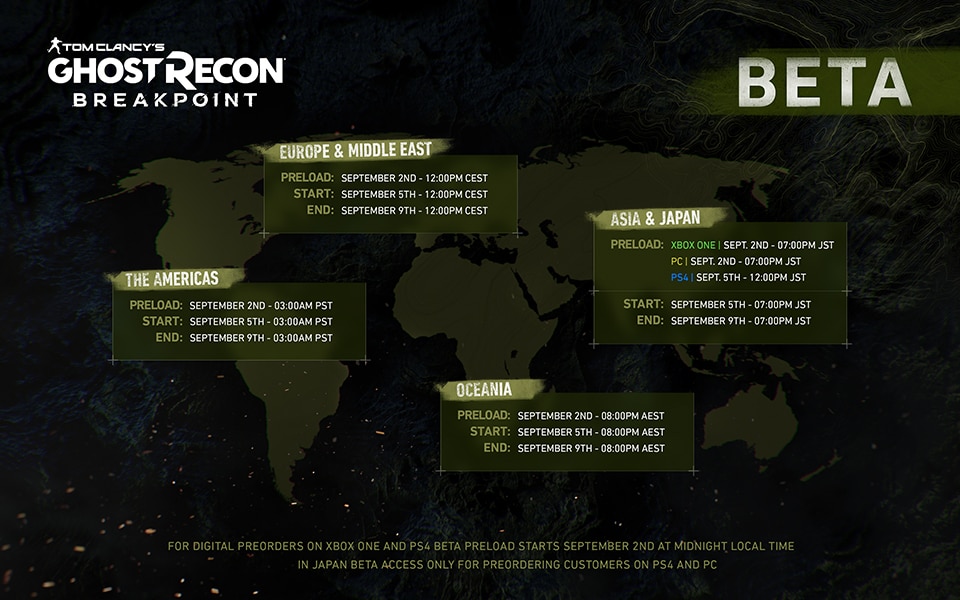 During beta testing, players will be able to try out a variety of PvE experiences either as a solo player or with up to three other players. Gameplay includes main missions, faction missions, and even a few side missions. Lastly, there will be three different Drone Areas available that lets players “battle it out against some of your toughest opponents”.

The great news is that there is no NDA in place so players can stream, capture, and share everything they experience during the four days of testing.

Check out all of the details on the Ghost Recon Breakpoint official site.

Need to check the Breakpoint system specs to see if your machine is up to snuff? You can do so here at Gamespace.com!

Written by
Suzie Ford
Suzie is an avid gamer and has been since 1995. She lives in the desert with her own personal minion while dreaming of pixel worlds beyond Earth.
Previous ArticleCheck out the first gameplay from Jumanji: the Video GameNext ArticleDC Universe Online Switch Review 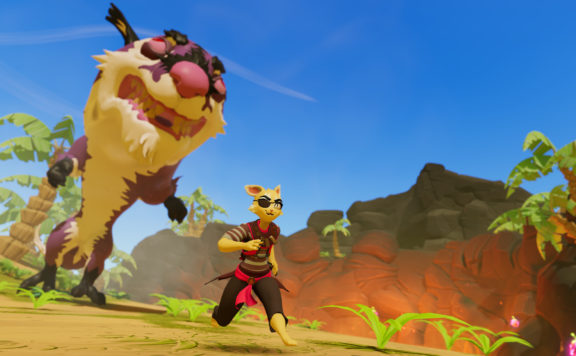