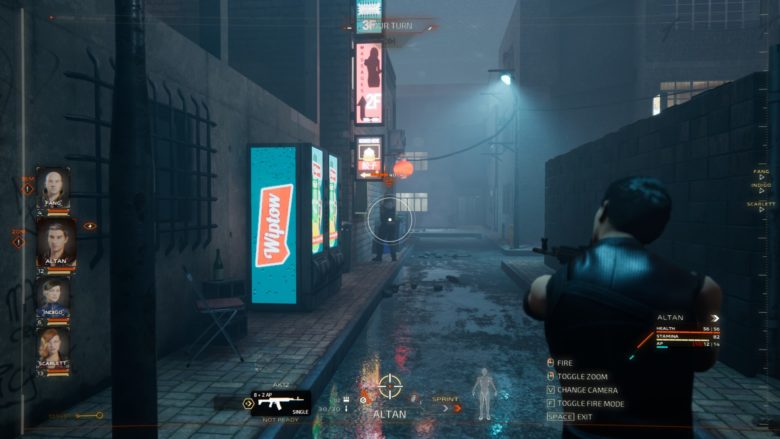 Crafted by a dedicated indie team who wanted something a bit more mature from their turn-based RPG, Project Haven is the first title for this team and it’s coming to PC. The title takes players to a post-apocalyptic world that is not for the faint-hearted. Once, the world might have been a paradise but now this post-apocalyptic waste leaves little to celebrate. With most of the world in ruins, the remaining 37 million survivors huddle together in a city named Haven. This metropolis, however, does not always live u to its name and there are always dirty jobs that need doing in the future.

Getting to Grips With Combat

As the leader of a group of mercenaries, you will lead your crew on an adventure through the meaner parts of this giant shielded city, for fun and profit. The Steel Dragons, your gang of merc, are a varied bunch with their own personalities and interactions to manage. You’ll be able to tweak their utilities as the team levels up, adding extra skills and adding additional enhancements to aid in your fight through the rougher parts of town. When combat breaks out you’ll be able to approach situations from several directions. The Dragons will be able to do more than just tank and spank. You’ll hack locks, heal allies, take cover, and even manage your magazine ammunition to make the most of any potential situation. Unfortunately, things in Haven get a whole lot worse than hunting the odd violent criminal. Over the course of this turn-based RPG, Foresight has laid the elements for a mature thriller. A dark conspiracy lies at the heart of haven and if you survive long enough you might find out what exactly it is.

If you are looking for a more mature tone in your turn-based tactical title then Project Haven might be worth keeping an eye on. The team at Foresight just announced it now, so you can keep tabs on Haven and its citizens over at the official website right now.

Written by
Ed Orr
For those of you who I’ve not met yet, my name is Ed. After an early indoctrination into PC gaming, years adrift on the unwashed internet, running a successful guild, and testing video games, I turned my hand to writing about them. Now, you will find me squawking across a multitude of sites and even getting to play games now and then
Previous ArticleSWTOR – Onslaught Expansion Launch TrailerNext ArticleSnakebyte Switch Lite Carry:Case Hands On Preview