If you’re an older adventure gamer you probably grew up on some classic adventure games. Take, for instance, Lucasarts’ Day Of The Tentacle or The Secret Of Monkey Island. Perhaps even Sierra Games’ Legend Of Kyrandia or King’s Quest series? If you have the itch to play those games of ole in a different setting then look no further then Artem Vodorez and Gingertips Game Studio’s FoxTail game. “Inspired by the games of yesterday” FoxTail is a labor of love and exists on Steam as an early access game delivered in chapters. Chapter 3 recently hit Steam and we had a chance to play through it. Welcome to our Steam PC review of FoxTail Chapter 3!

This Fox Left Some Tracks 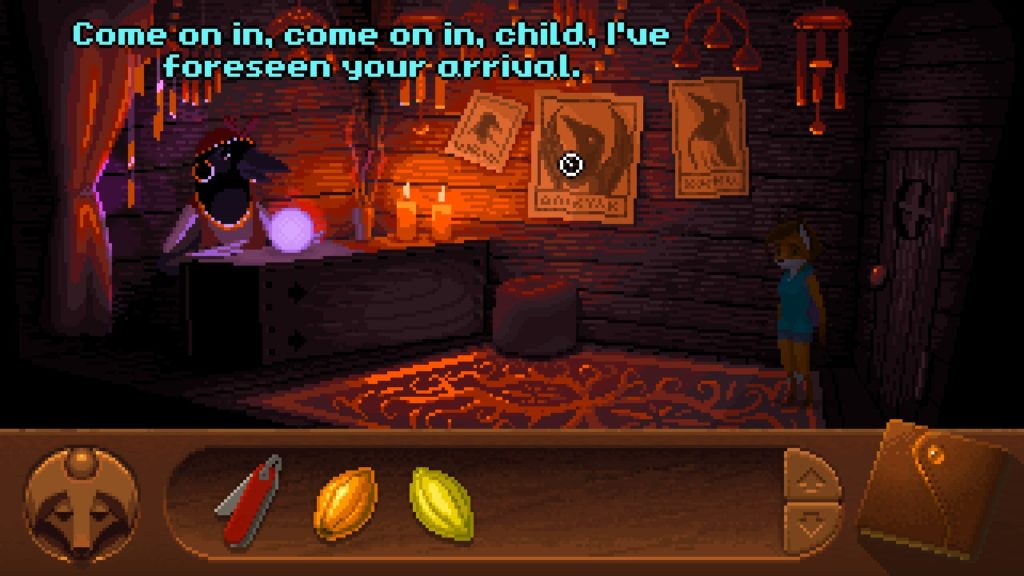 FoxTail is a pixelated, classic point-and-click adventure game that started its journey back in March of 2018 when Chapter 1 hit Steam PC. FoxTail is considered to be in early access and the plan I read somewhere says it’ll be delivered chapter by chapter with a total of eight chapters!

We were able to play the first two chapters prior to starting Chapter 3. The earlier chapters provided a classic 1990’s adventure point-and-click experience from the pixelated graphics to the challenging puzzles. While Chapter 2 had some puzzles that were a bit non-sensical thankfully Chapter 3 suffers no such fate.

The FoxTail story to this point is still about our main character, the foxy female Leah, who is now on the hunt for medicinal mushrooms needed for her failing Grandmother. The story’s dialogue can be campy at times but is charming and clean enough for older children to play through. In this world all the characters are animals, in Chapter 3 it’s birds, a cricket and a tarsier of all things.

The game’s framework includes several useful options. For example, settings like enabling Leah’s walking to proceed faster and speeding up how fast text displays. These things are helpful in making all the old adventure game tropes tolerable. There are also multiple levels of difficulty, e.g. turning hotspots on or off.

I’m In The Mood For A Melody 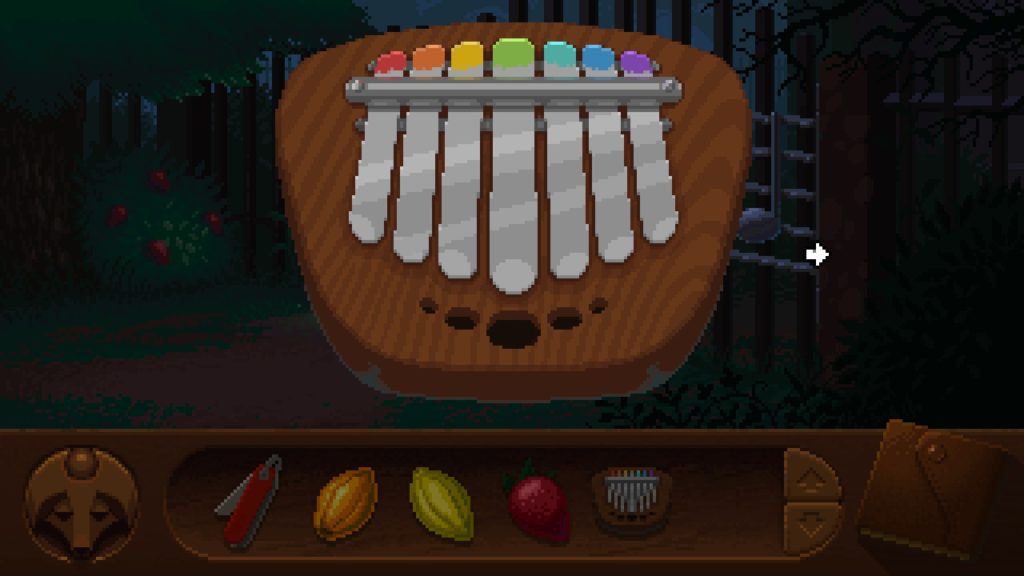 In Chapter 3 this instrument becomes your best friend!

FoxTail Chapter 3 seems to have an underlying them that connects all the puzzle elements and that’s the concept of “music’. Sure, it’s still all about fetching things for someone to get information out of them and traversing multiple times across the same dozen screens. But that was the foundation that the classic adventure games were built on, which holds true here.

In Chapter 3 puzzles and NPCs mostly include a form of music as part of the solution. Perhaps, because of this, the chapter has some nice memorable melodies. Case in point is the melody that a bird named Beo plays and every time you enter that screen you’ll get to hear it again and again. 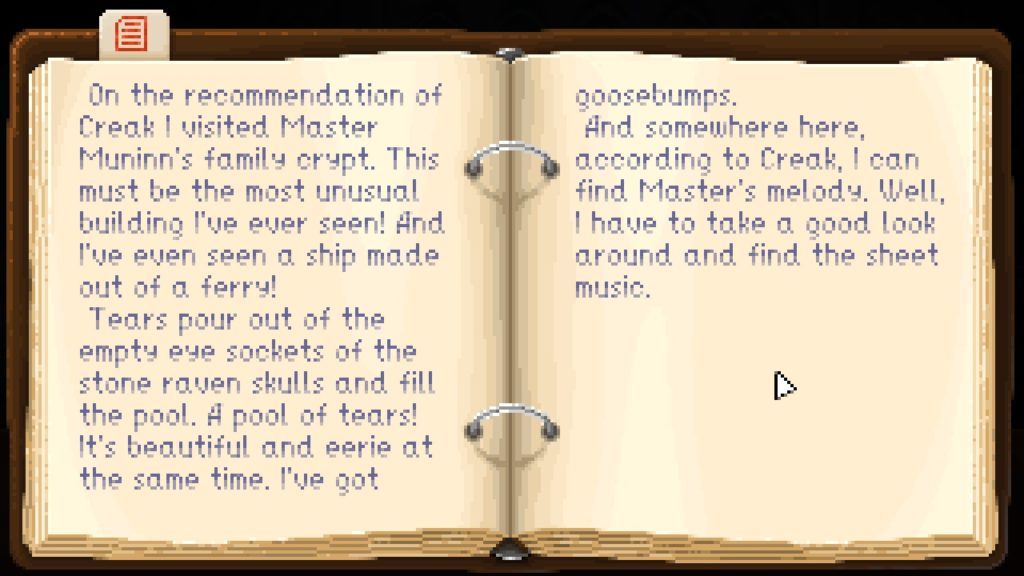 This isn’t bull sheet, this is classic adventuring material!

As in the first two FoxTail chapters, the newest edition has a nice auto-diary feature. When key things occur, e.g. meeting someone, picking up something, etc. a diary entry is automatically added. Referring to this diary typically gives a hint of what to do next. You’ll also come across books that help in solutions, one, in particular, will require some reading. 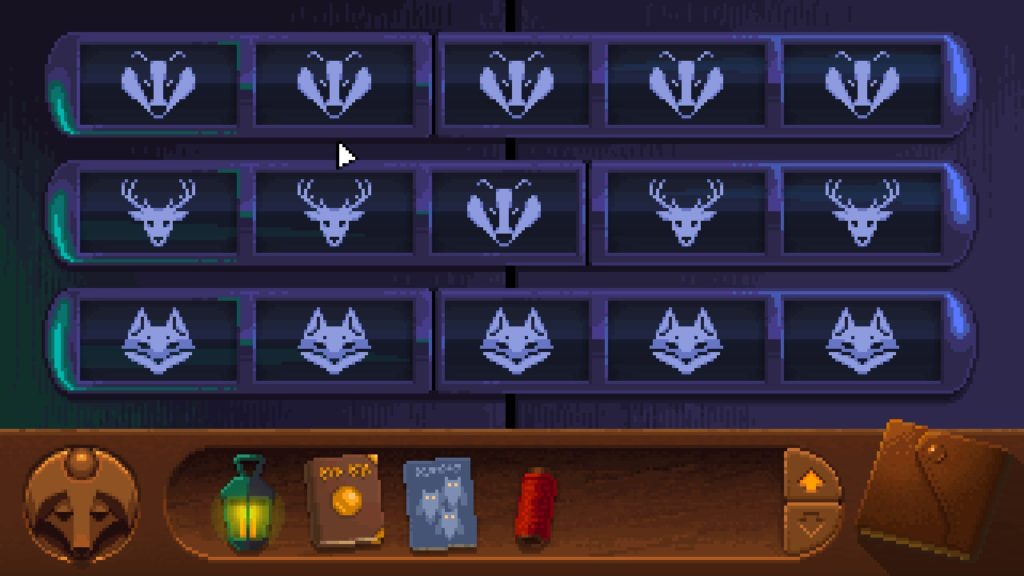 One of the more devious puzzles!

The puzzles remain challenging without being ridiculously difficult. Chapter 3, like the others, will take around two to three hours to get through depending on your experience level with these types of games.

FoxTail Chapter 3 is still stable as ever. Playing on large monitors is still difficult due to pixelated graphics. It shows best in a windowed session at a lower resolution.

Chapter 3 hit Steam almost a year after Chapter 2. Hopefully, the next chapter arrives sooner than that. At the current rate of development, it’ll take five more years to conclude the story! With no current in-game method to get a recap of past chapters, this release schedule could tax players’ memories and patience! Other than that this one is a solid buy for the meagre price of $9.99 USD.

Compare To: King’s Quest, Legends Of Kyrandia, Day Of The Tentacle
Note: A Steam PC key was provided to Gamespace for review by PR.

Tags: Artem Vodorez, Foxtail, Gingertips
Summary
FoxTail Chapter 3 continues the story and the path we took by playing the first two chapters. There really aren't many surprises here as this chapter continues to remain true to its inspiration. What you are treated to is a continuing stable and classic adventure game that is suitable for older children.
Good
Bad
8.5
Great
Previous ArticleDesperados III – Kate O’Hara TrailerNext ArticleOutriders Broadcast – World Tiers, UI, Trickster & More