I’ve become somewhat of the “Puzzle Game Guy” here at Gamespace.com. I find them interesting because they tend to flex your brain more than your twitchy trigger finger. For an older gamer like me that can be a much-appreciated change of pace. Originally released in July of 2018 on Android and Apple mobile comes the Steam PC version of 4L Games‘ Fracter. Fracter is a short but sweet, dark, haunting puzzle action game. This is our Fracter for PC review!

You play a young, female hero who is on a quest to “dispel the darkness within”. Fracter is laid out in seven levels in a world of darkness and shadows. The game itself is played in black and white which adds a “noir” vibe to the atmosphere. The levels are fairly dark and are lite up mostly by the flying bulb over your head.

Cast Out The Shadows

The goal in each level is to find and unlock the exit door. Upon entering a level you’re met with some words of wisdom that act as a gentle hint of what you need to do to get through the next level. 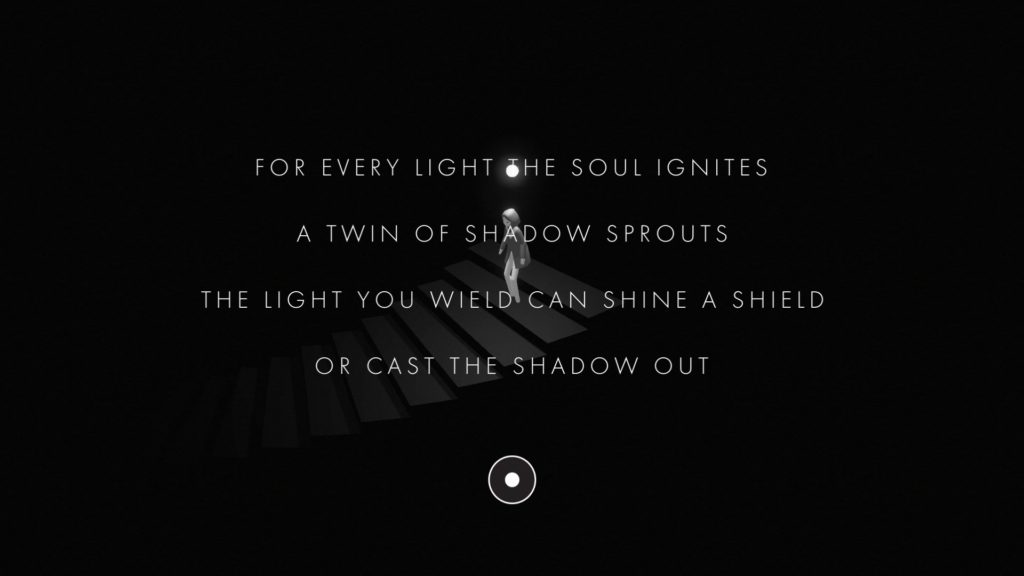 Each “room” contains one or more light-based, object manipulation puzzles that need solving to unlock the exit door. While unique and fun many of the puzzles are complex but not gruelingly impossible to solve. Many puzzles require you to bend and bounce light paths off objects to connect a light source with its “key” object to create a circuit.

Each level also has a mini-game in it. Each level of rooms has several of your escaped “light forms” hidden about off the beaten path. Collecting these seemed to be optional and not collecting all of them didn’t deter from completing the level or earning that level’s completion achievement. 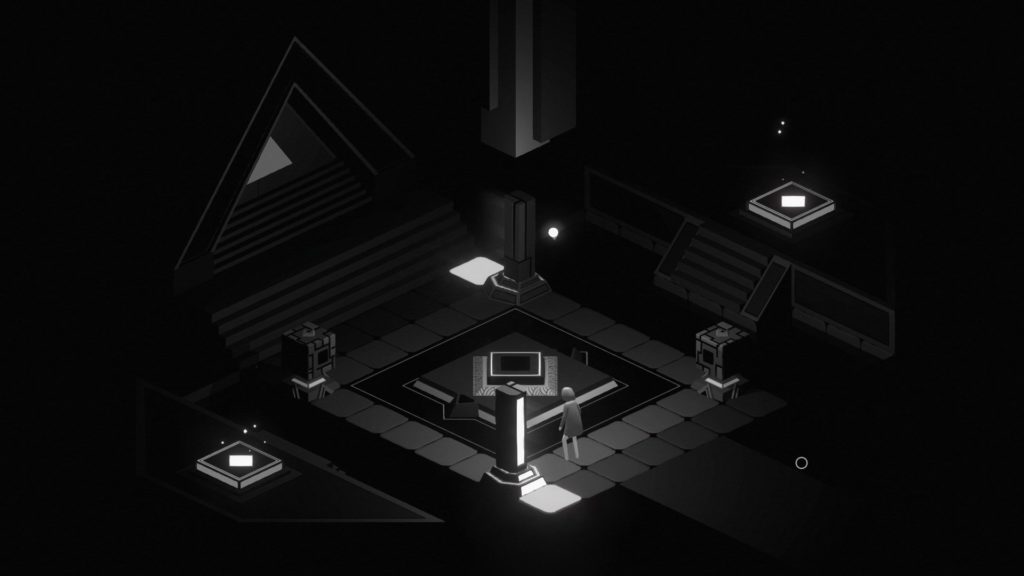 Sometimes solving puzzles involves dodging and outsmarting evil shadowy representations of yourself. These shadowy figures walk in scripted, looped paths in a pattern fashion. If you enter their line of sight they devour you. Given the dark nature of the game, these shadowy figures drop to all fours and run after. As gruesome as that sounds its all done in a humane manner. I’ve seen some press assets where the player character runs away from these figures while being chased. I chose to stay my ground, take my lumps and start again. As a result, I usually started again from nearly the same spot thanks to the game’s auto-save function.

Fracter is based on W-A-S-D movement and includes a running (left shift key) as well as sneaking mode (left ctrl key). I played most of the game using the right mouse button to move my avatar on screen as I’m less of a W-A-S-D guy. While the right mouse button worked well for me I couldn’t tell if hitting the running and sneak keys were actually putting me into those modes. Also a feature I missed was the ability to zoom out or to move my frame of reference. Perhaps this was done to increase the difficulty. Sometimes it would have been nice to see all the movement paths of the shadowy figures at once by zooming out a bit. Unfortunately, there also was no customizable control settings in-game either. 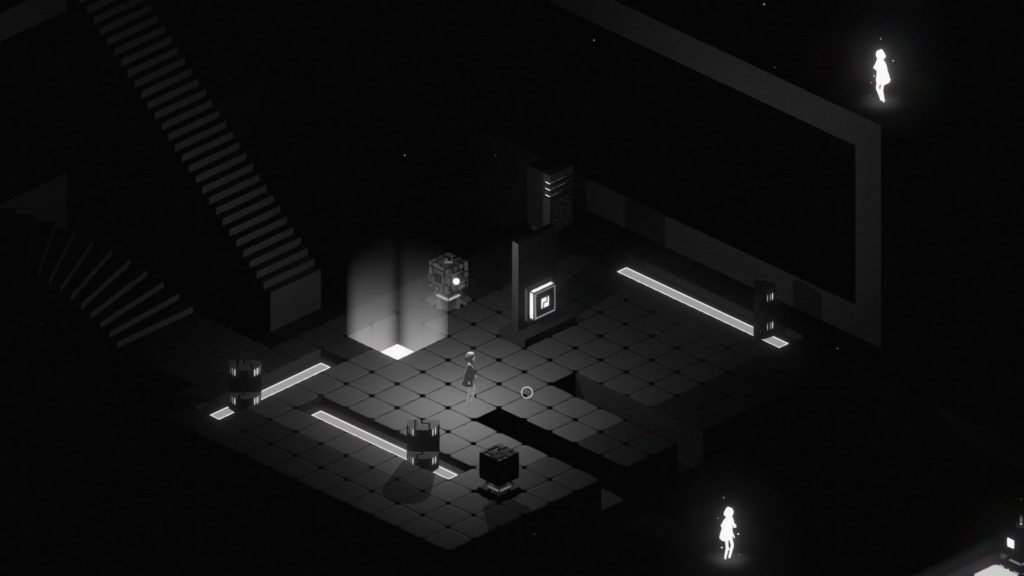 Completion of the game will take you probably about three hours. Thankfully the game is priced fairly, currently at $6.99 on Steam, to match the short playtime.

Tags: 4L Games, Fracter
Summary
Fracter is a dark yet hauntingly refreshing puzzle game. The game is short in story and length but priced fairly to match. Each of the levels was relatively complex and contained unique and fun brain teasers without causing one to become frustratingly mad. Any puzzle fanatic looking for a "quick fix" should add this one to their "wish list"!
Good
Bad
8.5
Great
Previous ArticleMini Life Launches The MMOSNG?Next ArticleDestiny 2: Shadowkeep launch trailer takes you to the moon