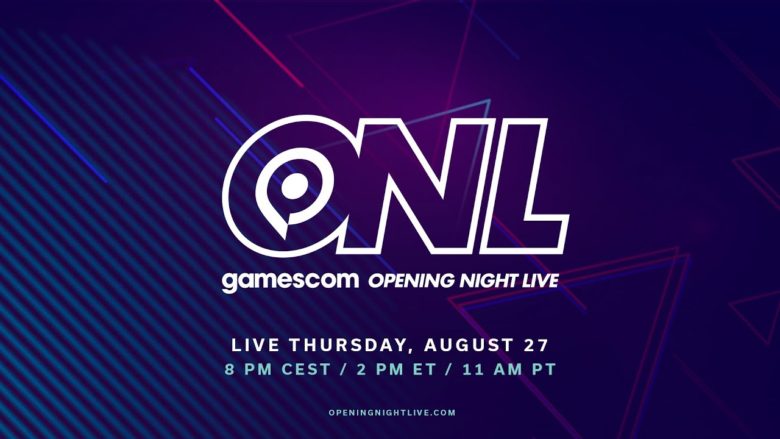 The developers from Treyarch have been on hand to share more details about recently revealed Call of Duty: Black Ops Cold War. The latest installment of the CoD series and the direct sequel to CoD: Black Ops, will be coming to PC via Battle.net on November 13. The game has been confirmed for next-gen consoles.

There are multiple endings to the game. Do you want to take risks? Or play it safe?

Call of Duty: Black Ops Cold War will drop players the depths of the Cold War’s volatile geopolitical battle of the early 1980s. In a gripping single-player Campaign, players will descend into the dark center of a global conspiracy alongside iconic characters Woods, Mason, and Hudson, as well as a new cast of operatives to stop a plot decades in the making.

Ancient mysteries. Secret societies. Deadly rivalries. And connecting everything, a shadowy dimension hiding right under our noses. Dive in anywhere to immerse yourself in the UNKNOWN 9 STORYWORLD now.

Coming to PC and next-gen consoles. Check out the official site to find out more!

The developers from Bethesda Softworks shared a gameplay trailer for the upcoming story DLC to Doom Eternal, The Ancient Gods Part One.

Your victory over Hell’s armies pulled humanity back from the edge of extinction, but it came at a cost. An imbalance of power in the heavens requires the true ruler of this universe to rise and set things right. Wage war across never-before-seen realms of the DOOM Universe and fight against new demons in your never-ending battle against the forces of evil.

The developers from Bioware have been on hand to share more details about the latest installment of Dragon Age series. What happens when you don’t have the power and those who do are not willing to help?

Can’t wait to find out!

While Surgeon Simulator 2 has just entered the operating theater after some silly beta testing, we were probably more excited by the appearance of Back to The Future’s Doc Brown than anything else. Also, you can check out this new trailer for the bloody mess that is Surgeon Simulator 2.

Coming from the good people at Headup, this seemingly post apoc introduction to a new title turns out to be Bridge Constructor Walking Dead, a crossover I never thought we’d ever see. A slightly more unusual sight than the latest VR Walking Dead title, for sure.

The first out of four animated shorts is dedicated to Bastion – the Kyrian Covenant – and Uther the Lightbringer as well as his former student, Arthas Menethil.

A new title from Focus Home and a trip into the Warhammer Universe. Set in the Age of Sigmar, Storm Bound is just the latest in a long line of Warhammer strategy experiences. In 2021 we will get more than just a teaser trailer for this upcoming crusade. For now, prepare to face the hordes with this trailer.

Coming from Tuxedo labs, Teardown comes with its own custom built game engine and a fully destructible game world. Challenging players to prepare an efficient route, you’ll use all your skill, cunning, and explosive preparation to pull of some epic heists. Whether its a getaway in a boat, a smash and grab, or just a smash and smash you might want to check out the trailer. Think Minecraft x Payday and you’re there.

Next up is a game that we’ve been waiting for since Bandai Namco announced it last year at Gamescom. Coming in February 2021, Little Nightmares 2 is the follow up to the first time we escaped the Maw first tale of childhood horror. This time you’ll find yourself back in an unnerving world full of over sized objects, faceless adults, disembodied hands, and creepy challenges. Check out the gameplay trailer for little Nightmares II below.

Coming September 18th, WWE 2K Battlegrounds is your battleground with all-new, over the top, in-your-face arcade action as your favorite WWE Superstars and Legends battle it out in outlandish interactive environments around the world.

In a world gone strange, one elite force stands against the darkness. Ok, nope it’s Sam & Max. Yep the discordant duo are back. There’s not much more to be said but, it’s the Return of Sam & Max.

During Gamescom 2020, the devs showed off a brief teaser for the third playable class. The team previously revealed Hinterclaw and Silvermane.

if you need us to tell you what to expect here then  let’s be quick. Star Wars, Squadrons! EA launch a seeming spiritual successor to X-Wing vs Tie Fighter on October 2, 2020. Tonight we got a glimpse at the narrative arc behind this brand new title in the latest trailer for this interstellar dog fighter.

Heart of Deimos is jsut the latest update to Warframe and it looks set to change the way Tenno play the game. Available now across PC and console, Players jumping in will experience an epic new open world to explore. The Heart of Deimos is a twisted mix of old and new, weaving together the beautiful and grotesque. Following on from Plains of Eidolon and Fortuna, this third open world environment finds Tenno thrust into the terrifying hive mind landscape of the Infested faction. Did we mention the quirky robots too?

Get back in the robot! It’s tie to mecha a mess as the sequel to Override features in the next trailer. Override 2: Super Mech league looks set to test your metal as players get competitive with a host of brand new robots and a crossover coming next month. Check out the big chrome plated action in the announcement trailer below.

Did you miss the original 2002  arrival of the mafia series. Get ready to go back to the beginning with Mafia Definitive Edition. The recently announced Mafia remake got a deeper dive at Gamescom 2020 Opening Night Live and  this is a great companion to the 14 minutes of game play we’ve already seen of this upcoming adventure. You can expect to meet the family this September on PC, Xbox One, and PlayStation 4.

Study your opponent, use guns, drones, and a range of advanced technology to blast the past as you cycle back and forward through time in Lemis Gate. Coming from Ratloop Games Canada and Frontier Foundry, this new twist on the traditional space based future shooter might  be worth taking a moment for. Expect Lenis to be present and accounted for on PC, Xbox One, and PlayStation 4 in Early 2021.

Star Wars, Lego, Skywalker Saga. Really, I don;t need to tell you any more. Get ready to rebuild the adventure of three lifetimes on PC, Nintendo Switch, Xbox One, and PlayStation 4 when it arrives Spring 2021. for now, just revel in the gameplay trailer, below.

Developed by Deep Silver Fishlabs, Chorus is a new space-flight combat shooter coming in 2021 to Xbox Series X and Xbox One. Nara, once the Circle’s deadliest warrior and now their most wanted fugitive, is out on a quest to destroy the cult that created her. On her journey she encounters Forsaken, a sentient AI starfighter with a past of his own. The game’s single-player story-driven dual protagonist experience invites players to explore ancient temples, engage in exhilarating zero-g combat, and venture beyond our waking reality.

Medal of Honor: Above and Beyond

Ratchet & Clank: Rift Apart is the latest installment in the series. In Rift Apart, the fabric of space-time gets accidentally damaged, resulting in dimensional rifts popping throughout the world. The frequent use of dimensional rifts would not have been possible without the solid-state drive of the PS5.

Written by
Catherine Daro
While growing up in the wilds of Russia, Catherine learned to talk, write and game at almost the same time. You can follow her attempts at latter two at MMORPG.com and GameSpace.
Previous ArticlePES Scores An AS Roma ExclusiveNext ArticleWoW Shadowlands – Release Date & Animated Series Schedule