Gamigo, the publisher behind a recent return to Atlas, has just announced a new competitive tussle called Skydome.

Set way up in the atmosphere and landing in Europe and NA later this spring, Skydome is certainly something unique in Gamigo’s own arsenal of gaming experiences. This upcoming brawler is a very different mix of MOBA elements and tower defence strategy,n that makes Skydome an interesting new proposition for PC players.

Setting out from a high rise floating temple, Skydome champions set out to fight armies and monsters across the universe. Each of these powerful characters push back forces of darkness using their own unique strategies and skills, constructing defences, and building towers that dominate a MOBA style arena.

With a huge array of potential heroes on offer, there’s plenty of variety available for the 4 v 4 action that unfolds in the Dawn Temple. Whether you’re just playing for fun in the very first of Skydome’smaps or climbing a seasonal ladder, each hero comes with their own playstyle and abilities, so you’ll need to choose wisely. As the Sun and moon clash across this title, you’ll build your defences, construct death mazes, lay magic portals, and manipulate time to cast incoming forces into a cacophony of destruction. While this might sound a little bit like the Orcs Must Die series, the competitive PVP component of this MOBA come Tower defence gives it a rather different sort of appeal to LoL or DOTA, although it doesn’t quite have its own anime yet.

Gamigo has dropped a trailer for anybody looking to get prepared for Skydome, which you can check out above. To find out what else is in store head over to the official Skydome website to find out more about Gamigo and Kinship Entertainment’s plans for content, gameplay updates, and brand new heroes as Skydome hits PC later this Spring.

Written by
Ed Orr
For those of you who I’ve not met yet, my name is Ed. After an early indoctrination into PC gaming, years adrift on the unwashed internet, running a successful guild, and testing video games, I turned my hand to writing about them. Now, you will find me squawking across a multitude of sites and even getting to play games now and then
Previous ArticleARK/8 Drops New Destiny Europa Capsule Collection For Some Stylish StrikesNext ArticleSpellbreak Chapter 2: The Fracture Launches 5 v 5 and League Modes 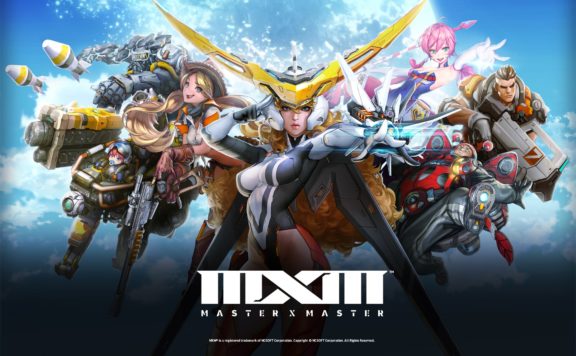