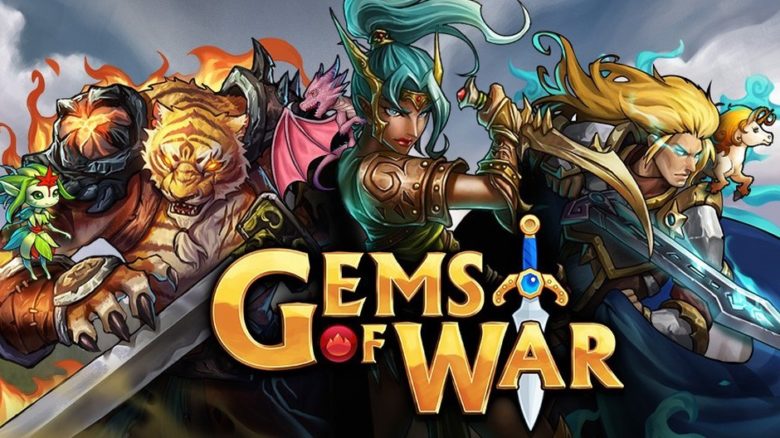 505 Games and Infinity Plus 2 have released free-to-play puzzle-RPG Gems of War for Nintendo Switch hybrid console. Gems of War is a unique genre mashup fusing puzzle gaming with RPG and strategy elements, offering an unparalleled battle system in which players match gems on a puzzle board to power spells and match skulls to smite their enemies.

“We’re thrilled to introduce our first free-to-play title on the Nintendo Switch,” said Clive Robert, 505 Games Head of Publishing for Free-to-Play, “Gems of War is perfect for the platform, providing gamers the flexibility to play their way and offers multidimensional gameplay with already hundreds of hours of incredible content to enjoy, with much more to come in future updates. With this first step, we open the opportunity to bring many more free-to-play experiences from our portfolio to the Nintendo Switch, and we can’t wait to share more of what’s to come.”

The events of the game will take place in the realms of Krystara and the Underworld. Players will be able to explore, embark on quests, conquer kingdoms and build alliances.

Feature highlights of Gems of War for the Nintendo Switch include:

“Gems of War has been a perfect extension to the hybrid puzzle RPG gameplay that is signature to the Puzzle Quest franchise, and I know fans (old and new) are going to love playing it on the Switch.” Steve Fawkner, CEO and Creative Lead at Infinity Plus 2. “We are proud to be working on such an incredible game, with ever growing content for the player base.”

Gems of War can be downloaded for free from Nintendo eShop. The game is also free on PS4, PC via Steam, Xbox One, Android and iOS. Check out the official site to learn more!

Written by
Catherine Daro
While growing up in the wilds of Russia, Catherine learned to talk, write and game at almost the same time. You can follow her attempts at latter two at MMORPG.com and GameSpace.
Previous ArticleHeroes of the Storm – Caldeum Complex EventNext ArticleSteamWorld Quest Hits Nintendo Switch on April 25th